Mandla Sibeko: A vote for a new way of voting

In the midst of these general elections, we should be more concerned with what our vote does than who it benefits 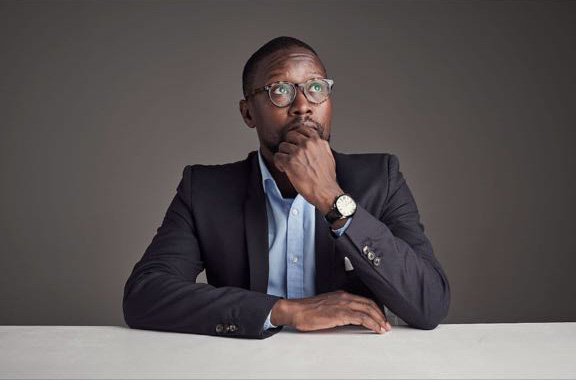 Twenty-five years is not very long. Given apartheid’s centuries of oppression — ground out hourly by an ardent dedication to systematic inequality — two-and-a-half decades don’t compare. We have come far. We have a long way to go. And, in the heightened state that tends to prevail around election time, we need to reflect not just on who our leaders are and what they do, but on the electoral system that puts them in their positions. It’s time to courageously call out the inherent limitations in the existing process.

As much as “the people shall govern” rallied us to fight for inclusion and equality in the past, the phrase takes on a whole new meaning in 2019. Now, it’s about accountability; about politicians being responsible to those of us who put them in their parliamentary seats. This participative approach to governance needs to be far-reaching and extensive, allowing citizens input into the policy-making process and putting in place a feedback loop that ensures our public servants do exactly that: serve. The fact that this sounds radical is an anomaly in itself, given that the ideals of a people-centred government are the cornerstones of true democracy.

We are voting for the present: to heal a country bruised by its recent past. But also, for the future: to ensure that the next generation isn’t plagued by this frustrating, uneasy disassociation

President Cyril Ramaphosa brings new hope to the ANC and, even if he finds the party’s “lost soul”, his mandate precludes him from finding common ground with the South African public. As long as he remains beholden to his fellow elected officials, he upholds a party system deeply out of touch with the hopes of ordinary voters. I believe that, for the most part, we collectively envision a state where addressing poverty and crippling inequality are a priority; where we face our horrendous legacy with candour; and where we honestly review our post-’94 progress.

A quarter of a century later, these issues still burn, so it can’t be business as usual. We need to reset the status quo, and implement meaningful change. We need to be committed and more involved. To deal with the complexities of our challenging climate; to reverse the deep damage to our nation’s potential, we all have to work hard — really hard. Active citizenship is not a passive pursuit.

Former Independent Electoral Commission chair Brigalia Bam has called for greater electoral accountability and a modified system to achieve this. I couldn’t agree more. We must look beyond the rivalry entrenched in party politics. We need to stand against a system that enables this, and we need prominent, progressive leaders to stand with us.

Because if we don’t face this challenge now, then what will we be celebrating 50 years in? This election should be a catalyst. We are voting for the present: to heal a country bruised by its recent past. But also, for the future: to ensure that the next generation isn’t plagued by this frustrating, uneasy disassociation.

To return to a democracy where elected officials serve us and not their egos, interests, or benefactors, we must change how we vote — and reclaim this process for ourselves.

Mandla Sibeko: South African artists are the light in a maddening world

The perfect antidote to doomy, gloomy news is to bathe in the empowering glow emitted by South African artists
Voices
2 years ago

When it comes to finding solutions to Africa’s challenges, let’s look a little closer to home
Voices
2 years ago