Towers and tea in Taiwan

Taiwan may not be a typical playground for South Africans, but its beautiful mountains, lakes, and gorges, as well as its hospitable culture and safe cities, make it worth the visit 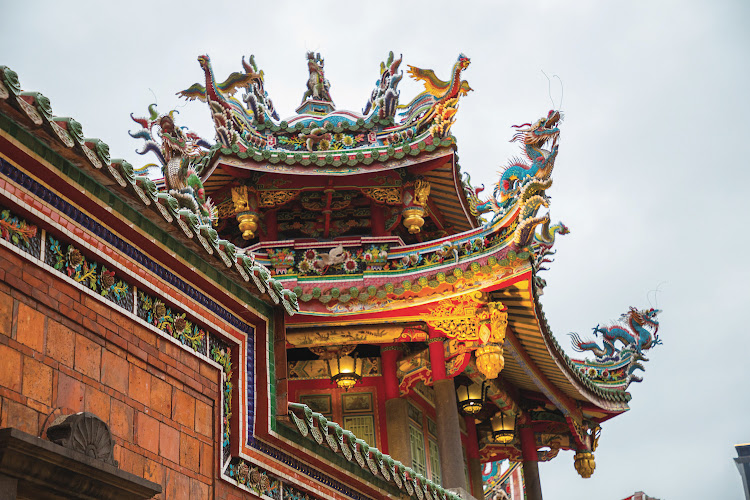 Mist-like clouds ghost past the upper reaches of Taiwan’s tallest building and stretch like a veil across the moon. I am standing at its base, on my first night in the country, gazing up at the 508m-tall structure and marvelling at its eight expanding segments, glowing like a lightsaber dissecting the night sky.

The Taipei 101 was the world’s tallest building from 2004 until 2010, when Dubai erected the Burj Khalifa (829.8m tall). Since then a raft of skyscrapers, mostly in the United Arab Emirates and China, have pushed the 101 (formerly known as the Taipei World Financial Centre) down the rankings of Babel-like buildings. Despite its no longer being the pinnacle of human architecture, I am still impressed. After gazing at the tower for a while, I head into the Taipei 101 Mall to dine at Din Tai Fung, where the country’s most famous dumplings (xiaolongbao) are made.

I’ve come to the island nation on a cultural tour with a group of international journalists, hosted by Taiwan’s Ministry of Foreign Affairs. We watch the chefs — who train for three years to learn to make xiaolongbao — as they work behind glass partitions, demonstrating their skills. Each ball of dough is rolled by hand into evenly sized disks that weigh precisely 5g before being stuffed. My pork and shrimp dumplings have light-as-air casings with succulent fillings and, paired with the local Taiwanese beer, make for a favourable introduction to the city.

From Manchester to Rajasthan to the buzzy streets of Miami, these new addresses will not disappoint on your next global jaunt
Travel
3 months ago

The following day we stop briefly at the Chiang Kai-shek Memorial Hall on Liberty Square, on the way to Taiwan’s National Palace Museum. The museum, also in Taipei, houses nearly 700 000 ancient Chinese imperial artifacts — one of the world’s largest collections. Among other items, our guide takes us to see the famous Jadeite Cabbage. This carved representation of bok choy is one of the best-known pieces in the museum and, before Covid-19, drew daily crowds comparable to those that visit the Mona Lisa in the Louvre. 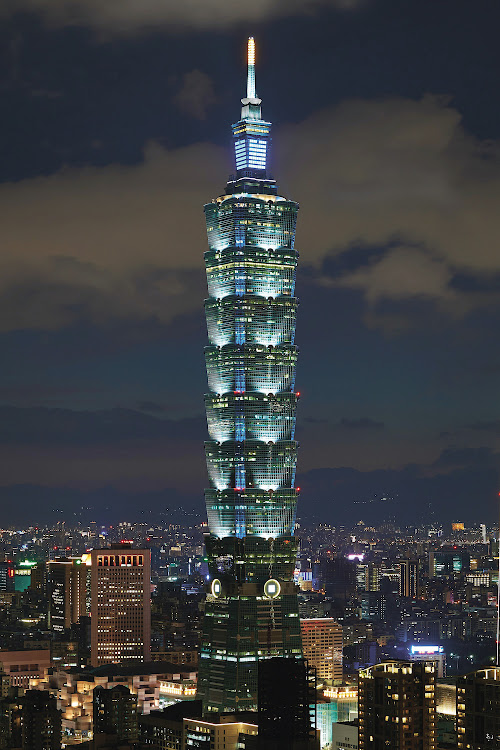 In addition to artwork and statues, there’s also a vast array of teapots on display, as tea drinking and tea ceremonies have long been a part of Chinese (and later Taiwanese) culture. Today, tea production is taken as seriously in Taiwan as winemaking is in South Africa. The country is known for its high mountain varietals and its oolong, the refreshing brew made from semi-oxidised leaves.

To experience the tea culture we visit Pinglin Tea Museum in the rural, hilly outskirts of the New Taipei City district. As we leave the city, dwellings give way to canopies of creepers that tumble over treetops on their way down the mountainside. Groves of palm trees hug almost-vertical slopes and tall pampas grass lines the riverbanks. Pinglin is one of the country’s prime tea-producing areas and the museum is set in a beautiful terraced garden with mossy walkways that morph into forest paths. We take part in a traditional tea ceremony while our translator and guide, Chia-Chieh Wang, introduces us to the north’s popular Wenshan Baozhong tea, also known as winter tea. “The leaves are picked in winter and the tea is less bitter and of a higher quality than summer tea. Only the small, top leaves are picked from each plant. During the drying process, the leaves are twisted and only lightly oxidised, giving the brew a naturally sweet and refreshing flavour,” explains Wang.

Taiwan’s mountains are also popular among hikers. The island boasts 260 peaks, of which 250 are over 3 000m high. Hikers come from all over the world to scale the Main Peak of Jade Mountain in Yushan National Park — the highest peak in East Asia. I decide to venture on a far tamer walk the next day, after a sumptuous lunch at Le Palais (the three Michelin star restaurant at the Palais de Chine Hotel, where I’m staying) of bamboo pith soup with baby cabbage, curried fried rice with chicken grain presented in a pan-seared half-pineapple, and a decadent deep-fried sweet cheese pastry. I head to the Taipei Botanical Garden, which, like the Company’s Garden in Cape Town, offers a peaceful retreat within the city centre. 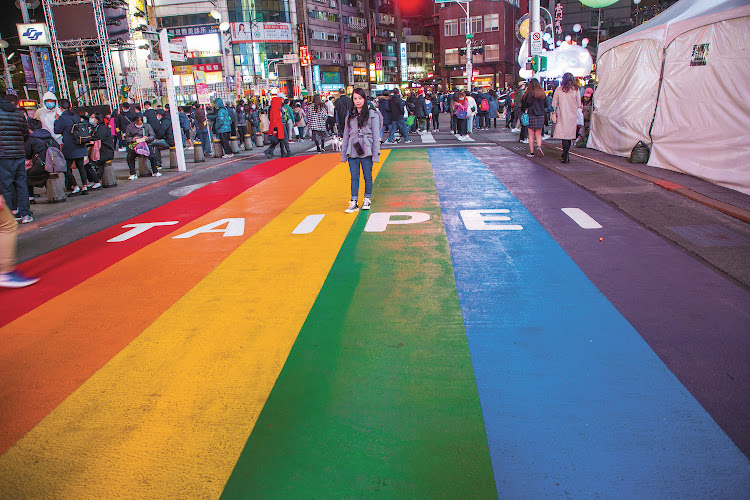 I wander over bridges and footpaths, next to dark ponds and lazy streams, with green light filtering through the leaves, until I find my way to the Museum of Imperial Envoy Lodging. Built in 1888, this beautiful old Chinese building was once the residence of Qing government officials on their inspection visits to Taiwan. 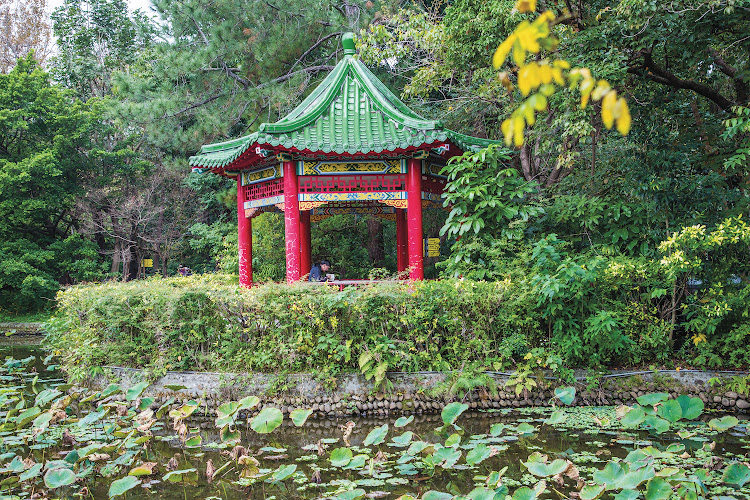 A pagoda in the Taipei Botanical Garden.
Image: Supplied

On the evening of my departure, I watch the city lights flash by on the drive to Taoyuan International Airport and keep a lookout for the Taipei 101. Before crossing the Tamsui River, I glance back and spot it in the distance. The number 100 represents perfection in Chinese culture, and the building’s 101 floors symbolise its being even better than perfect — much like my experience of Taiwan and its welcoming culture.

Vaccination is not a requirement to visit Taiwan, but the country requires a negative Covid-19 PCR test result certificate, issued within three working days of departure, a 14-day hotel quarantine on arrival (at the traveller’s own cost), and a PCR test before the end of the quarantine period. The Taiwanese Embassy in South Africa anticipates that current entry restrictions will be lifted fully in December 2021. 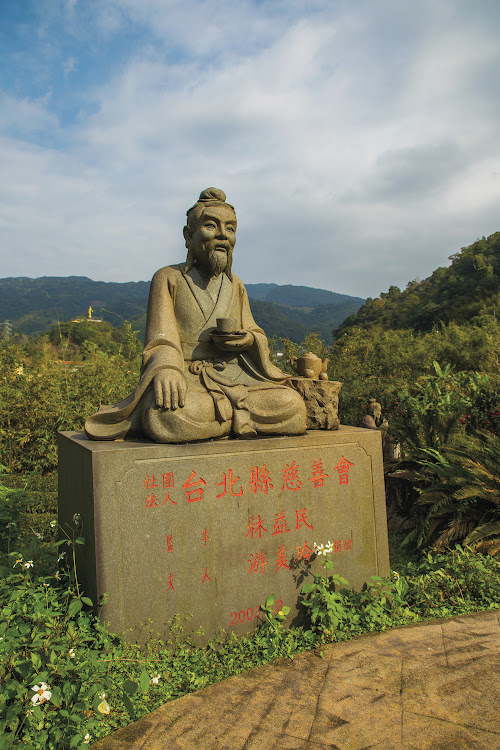 Back on the street: Durban

Culture, location, and music come together in a Namibian destination that’s inspired by connection of all kind
Travel
2 months ago