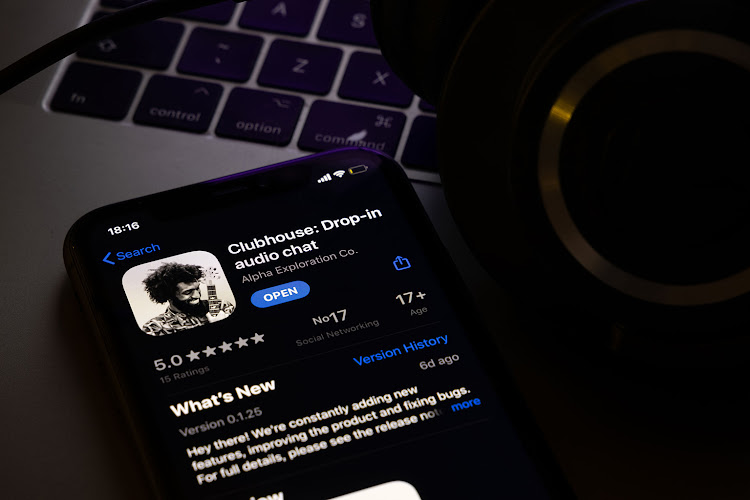 The other night I wandered into a room — its Japanese title intrigued me. I entered and waited for one of the many people on stage to speak. But after a few seconds of silence nothing happened, no-one spoke. A few more people entered the room and joined the audience; some were moved up onto the stage. Still silence. The room size continued to grow — close to 1,000 people and not a word spoken. After giving it a few more minutes, and now feeling slightly spooked by the silence, I left the room — definitely more confused than when I’d entered.

Next, I chose a room called What the Hell Happened Last Night. It was a little more interactive — people were talking heatedly — but there I was sitting silently in the audience trying to figure out what had happened last night. “One mic! One mic please!” a moderator insisted, trying to maintain order.

A bit triggered by all the shouting, I exited and wandered down the hallway, reading out the various room topics: Shoot Yah Shot After Dark; NFT and the Future of Art; Content Marketing Growth Masterclass and Q&A; Would Orwell’s 1984 be cancelled if published in 2021; Drinks with Arts Peeps; Influencer Marketing: Standardising Rates… and many, many more…

Digital art is blowing up, thanks to NFTs and cryptocurrency. But can the traditional art market handle this level of disruption?
Art & Design
11 months ago

Finally I picked one called Let’s Talk About Silent Rooms. There were about five people in the room and I was immediately invited onto stage. Pouring myself a glass of wine, I accepted and joined as a speaker. I wanted to talk to them about the silent Japanese room. This was the content I was looking for, perfect for a Friday evening alone at home.

This is not exactly real life; this is Clubhouse. Barely a year old, this invite-only audio app is riding the lockdown wave of digital-audio success. Podcast growth is in the double digits after an initial decline as people’s listening habits changed, and Clubhouse reached a rumoured valuation of $1-billion in January 2021. It allows iPhone users to cruise from one virtual room to the next to share and/or join clubs, to debate, weigh in, skinner, and proselytise ideas and topics around everything from getting rich quick to the future of art galleries, post-pandemic life, and digital discrimination.

The Clubhouse unicorn is fuelled both by the sense of intimacy that audio generates as well as the increased need for social interaction. Founders Paul Davison and Rohan Seth launched the app in April 2020 to a largely Silicon Valley- and celebrity-based group of insiders. Now, with more than 2-million users, plans to scale up and monetise through tipping, tickets, and subscriptions for creators of clubs and rooms on the app are already in full swing.

The “hallway” on the app is your gateway to these rooms — a smorgasbord of topics written and accompanied by emojis and exclamation marks for added dramatics and searchability. Yes, you can search rooms, topics, and people by using an emoji on the app.

I often gravitate towards the reaction rooms; they make for endless laughs and gasps. These reaction rooms often appear after someone notable such as Elon Musk joins the app and gives an interview, as happened recently, and people naturally want to weigh in. My particular flavour is when someone says something “out of pocket” (in Clubhouse slang) or ejects someone off the stage because they don’t agree with their politics, causing the room to splinter into camps to start their own chat rooms to vent or speak freely. As you can imagine, delicious chaos reigns.

Podcast growth is in the double digits, and Clubhouse reached a rumoured valuation of $1-billion in January 2021

The offenders will sometimes catch wind of those splinter rooms and demand to be let up on stage to clear their names. “You weren’t in the room so you don’t even know what you’re talking about,” one might shout once they’re eventually allowed to speak and another: “We need to be very careful about what we’re saying here. A friend of mine told me a friend of his had lost his job for something he’d said on Clubhouse…” Perez Hilton thrives in these rooms; and Jason Lee, from that reality-series franchise Love & Hip Hop, loves to create them. They’re not the only noted celebrity members of the CH community: Jodie Turner-Smith, Paris Hilton, Tiffany Haddish, Bill Gates, Virgil Abloh, and Gayle King are just a few.

Late one night, I spent many hours chasing the angry audience that had started out in a room with Tiffany Haddish on stage, but had then devolved into various rooms spearheaded by the aggrieved, the triggered, the traumatised, the straight-record-setters all reacting to the violent conversation. I couldn’t for the life of me figure out what had happened but, from reports I’ve since read, a Black female doctor who shared medical expertise about Covid-19 in an attempt to correct misinformation was cyberbullied for doing so. The escalating level of hysteria was both fascinating and terrifying to witness.

It’s not all drama, however. There are quiet, calm, groupie conversations with people like Róisín Murphy; rooms where people change their profiles to lemons and talk in whispers; advice from social-media strategists on how to grow your brand and your profile; and multiple dating clubs.

Unless you’re on the app itself, you won’t be able to see or hear anything that’s happening on Clubhouse. And once a conversation is done and the room is closed, there’s no way (for the ordinary user) to access that conversation again. However, some discussions are recorded following tacit permission from the speakers, and, of course, some are secretly recorded for nefarious reasons.

You’re probably still wondering who Axel Mansoor is. Well, he’s been recently crowned “face” of the app. The Los Angeles-based singer-songwriter has been running the Lullaby Club room in Clubhouse where hundreds, sometimes thousands, join in every night at 9pm to be sung to sleep.

This is Zodwa, and I’m done speaking.

1. Join the Welcome Community Club to get acquainted with the app. You can mostly figure it out on your own but there are some nuggets of information that will make your experience more pleasant and easy to navigate.

2. Join the founders at Clubhouse Townhall every Sunday night at 7pm to hear what improvements and updates they’re working on or rolling out.

3. Once you join Clubhouse, don’t invite all your friends to join the app. Make sure you only invite those you trust because your name becomes inextricably linked to their profile. This means that if they are reported for foul behaviour and get suspended or kicked off the app, you will be too for having introduced them.

4. Don’t feel pressured to follow all your friends from real life just because they’re following you. Who you follow shapes the experience you’ll have on the app — from influencing the events that come up on your hallway to rooms that get created.

5. Write a bio that describes what you do and what you want to achieve on the app.

6. If you’re not confident enough to speak, join one of the smaller rooms that interest you and pop your chat cherry there. Most of these rooms are gentle and patient.

7. As soon as you are invited up to join the stage, turn off your mic.

8. Clubhouse is like real life. Real people are listening.

Looking for fresh perspectives for the new year? These are the experts in their field we think are worth paying attention to
Voices
1 year ago

Tech it out: Elevate your gadget game with these luxury devices

Three social apps to help you stay connected during the lockdown

We might not be able to meet up with mates in the flesh but we can interact virtually, thanks to apps
Tech & Gadgets
2 years ago

How to turn the new Huawei MateBook D14 into a ...