What liquid fasting can teach you about hunger 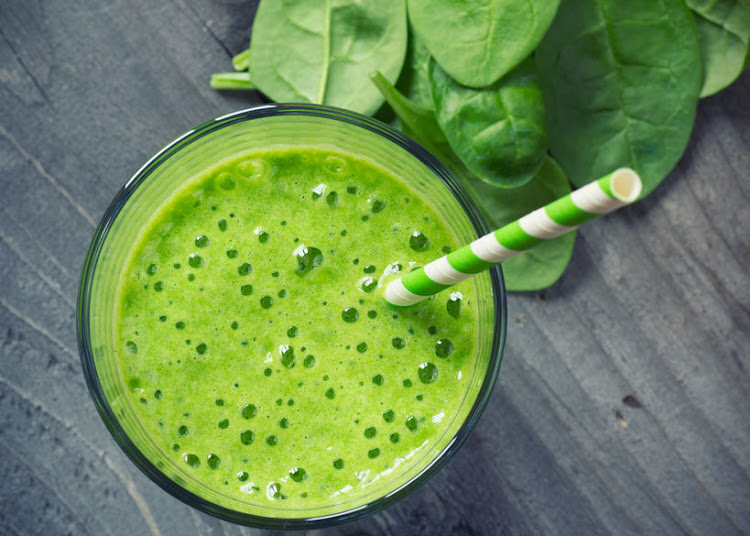 My husband has disappeared down the driveway. Rather than standing next to the herb garden and enjoying the good view (fields melding into vineyards), he’s chosen to lean awkwardly against the refuse bin. Peculiar. He’s so fussy about pungent smells. Except it seems a cheese maize chip — and a whole packet — gives off a very distinctive odour. Large handfuls are now being shovelled into his awaiting, grateful mouth. I sigh; I’d bought the packet for our four-year-old as a treat to make her do my bidding. But in truth I’m just plain jealous. I haven’t eaten for days — or what has felt like days. It’s actually only been two. I’ve had water, black coffee, herbal tea, diluted green juice — but not so much as a sodding crumb of food.

My book club instigated this madness and I, hating to be excluded lest I didn’t collectively shed and remained just a little plump, eagerly sent all the “totally psyched for this” emojis I could find to the “Liquid Fast” WhatsApp group. I’m always a joiner, even if the task ahead seems like an insurmountable one. So is my husband. I don’t know if it was his competitive nature — or in support of me — but he signed up too. And for three days, with a prep day to get our bodies primed for the shock, we decided to eat nothing in an effort to lose weight (I do feel this was the underlying goal for most of the participants) and reap the health payoffs, such as anti-inflammatory benefits, a boost to the immune system, recycling of elements of cells that have been damaged, as well as improved memory and energy.

Extracting the fantasies from the juicing fad

For our prep day, Plus One and I dined on a smorgasbord (it didn’t feel like it at the time, but it was a luxury to have a crudité platter) of raw veggies and fruit.

We watered all this down with the liquids that remained our constant companions for the next three days: black coffee in the morning and during the day, lots of water, and homemade herbal tea (fresh mint, ginger, lemon, cumin, cinnamon and so on). I learned a great tip here: add a pinch of sea salt to your homemade brew to help with low blood pressure. Or just eat salt when you feel weak — which I did all the time. Of course, my husband never did. Never. On the fast, you’re allowed diluted green vegetable juice (apple added to the mix is seen as a real indulgence).

I think this was his saving grace but he proudly announced (before quietly discovered the driveway Cheas-Nak incident) that not even the tiniest morsel had passed his lips during the entire three days off food. And then the final day arrived; I had folded already. My mood was off-the-charts foul, but worse, I’d lost all concentration for work. I think if I’d done this at a health retreat or similar I’d have had more success, but when still needing to write, parent a small child, and be (at least) a semi-engaged human with the world around me, it was just all too much.

So I turned to clean eating instead (oh, how my halo shineth bright) and Plus One, despite his claims of being on the straight and narrow, had turned to secret eating. I don’t blame him. It feels desperate to go hungry. And doing a fast as part of a group didn’t help one bit. It did nothing to strengthen my resolve; it only made me feel guilty that I had chosen to go without food. Especially in a nation like ours. Anytime I want I can choose between a kale-and-quinoa salad or a large burger and fries, meaning I’m so privileged that, not only do I get to eat every day, but I also get to make considered nutritional choices. There’s no forced fast for me, not even a forced calorie deficit.

The two days of grocery shopping before our family went into isolation against Covid-19 cemented this for me: those who could were piling trollies with far more than their fair share of supplies. Those whom it was clear didn’t have the economic outlay to do so, were just getting the essentials.

Or in some cases, getting nothing at all because there was nothing left. One hopes they’ll have support if times get lean, because no one — especially when you really need to eat — should go hungry.

The right way to detox and no, it doesn't involve a juice fast

Not putting toxins into your body is the only way to properly detox – not by taking in magical items or ingredients, explains Andrea Burgener
Food & Drink
2 years ago

Does an apple a day really keep the doctor away? The truth about fructose and fruit

The levels of sugar found in fruit today, make its health benefits questionable ... It’s a glorious treat, but not a nutritional necessity
Food & Drink
2 years ago

Excuse me, may I have a cocktail with a side order of skinny?

Wade Bales takes a closer look at the low-carb, low-sugar options at the bar
Food & Drink
2 years ago