Come on baby, light your fire! Bring a bit of Marble home to your grill... We chat to Marble Butchery’s Head Chef Andy Robinson on how it’s done 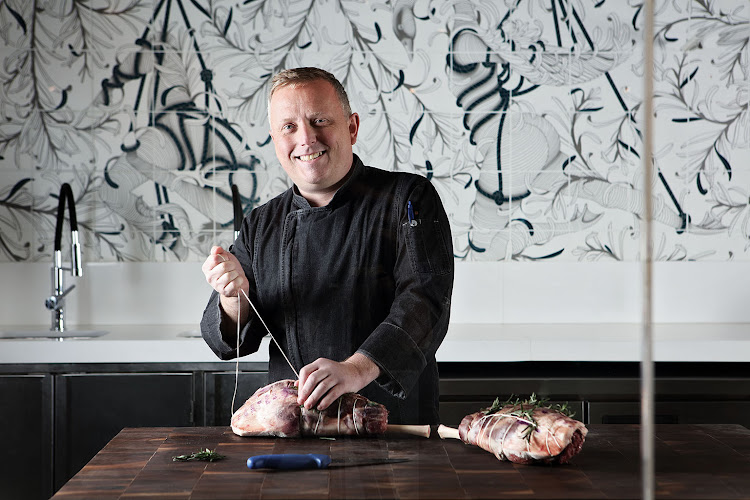 As the age old adage goes: sun’s out guns out! It’s time to fire up your braai and crack a cold one as summer season is in full swing. And since this time of year is all about showing off to clients/ your loved ones/ the neighbours/ work nemeses why not make your backyard barbeque one to remember? That’s where The Marble Butchery comes in.

Joburg’s main man behind the flame, David Higgs prides himself on finding the best meat for his diners at Marble so it was a no brainer that his vision would extend to selling his preferred cuts to the public. He and his partner Gary Kyriacou had the vision from the start but then decided to go focus on upstairs first. Once they established themselves as one of the premier dining destinations up north, the duo decided to expand their Marble offering to the Butchery below. 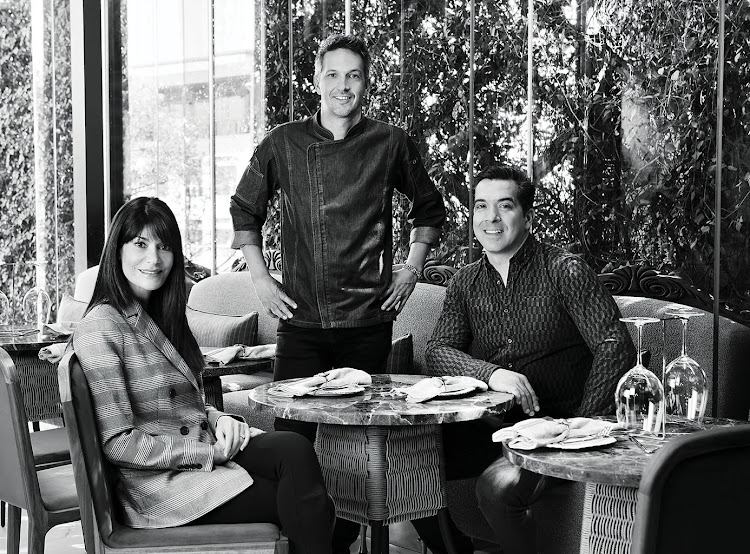 “The people of Joburg are really great,” says Chef David Higgs. “They’ve wanted to become more part of the brand which they have done. It’s really exciting.”

The Butchery has evolved to become so much more than a spot to pick up a couple of ribeyes and duck breasts. It’s place to buy household treats and the table wares that you find upstairs. It boasted a glass atrium wine bar where you can sip upon fine wines and feast upon a wide selection of cold meaty sandwichs. And of course, there are the best cuts of meats money can buy.

It is these cuts that we chatted to the Butchery’s Chef Andy Robinson about and asked his advice as to what he thinks we should be throwing on your own coals this summer:

David Higgs’ restaurant story starts and ends with a potato. Which is why it shouldn’t surprise you that he doesn’t think that his food at Marble ...
Food & Drink
5 years ago

1) Wagu Tri-cut“A tri-cut is a lesser known steak found where the rump muscle runs into the sirloin. So at the very end of the strip loin, the muscle starts to separate and it comes out as a triangular piece of meat. And as wagu, it is incredibly flavoursome and tender.

This cut, because it’s a hard working muscle, takes 20/25min on the braai. Just put it to the side and turn it once every few minutes. It’s worth the extra time because of the flavour. Let it just melt down and it’s beautiful.

Use a nice little rub of paprika and sugar, keep it really simple, as it is beautiful stuff.”

2) USDA Prime rib
“The United States Department of Agriculture Prime rib is a barbeque cut and it’s fat content is incredible. About a 3rd of the meat is fat and as such the flavour and texture is incredible. Unfortunately it’s not from SA, but it’s still worth it.

It’s actually chef’s favourite cut upstairs, it’s the one he enjoys cooking the most. When somebody orders it he gets excited as it’s such a great piece of meat.

It cooks up nice and fast, 3-4 min a side for medium rare, let it rest when it’s done. The trick is to rest the meat as long as you cooked it then it’s going to be amazing.

Season it with salt and pepper, nothing else.”

3) Brined boneless chicken thigh
“We do the boneless thigh that we brine that works really nicely on the fire. They can go straight on and crisp right up. Plus the thigh has the most flavour.

I know people love meat on the bone but it’s actually a pain on the braai, especially with chicken. It doesn’t cook as fast and it never cooks through to the bone so just taking the bone out just makes it so much easier for everybody.

They don’t take long to cook – 4 to 5min tops – and since they are prebrined, they don’t need to be seasoned.”

4) Pork shoulder
“I think shoulder steaks are nice but they have to be tenderised and brined. They are so nice and one of my favourites. They call them caveman steaks as there are just so many muscle groups in there, you have 6-7 muscle groups. Normally muscles groups don’t cook at the same speed – like in the leg – but in the shoulder they do as they all working relatively the same.

These need about 7 minutes a side. And I am a sucker for lemon and Cajun and so for me a Cajun pork steak with lemon juice is an incredible thing.”

5) Duck and fennel sausage
“We have just made a duck and fennel sausage for the restaurant and it would work great on a braai if you want something different. The duck is cut in 3 different sizes: hand chopped, coarsely minced and fine minced so the texture is sensational along with the fennel and the dill. Then it is steeped in vinegar overnight so it has a nice acidity level.

When it comes to cooking, the less the better for me. Just roll it till it’s brown and take it off. So about a minute a side, as you want it as rare as possible on the inside. Duck should be eaten pink and because of the fine mince it cooks really quickly and then you can still keep the large pink pinks in the whole nuggets laced throughout. Beautiful.”

Buy your luxuary braai meat at The Marble Butchery, at Keyes Art Mile, Rosebank. And come hungry so that you may grab a mighty flavourful sandwhich while you wait: our favourite is the Thai beef fillet, carpaccio, mint, chilli and ginger. 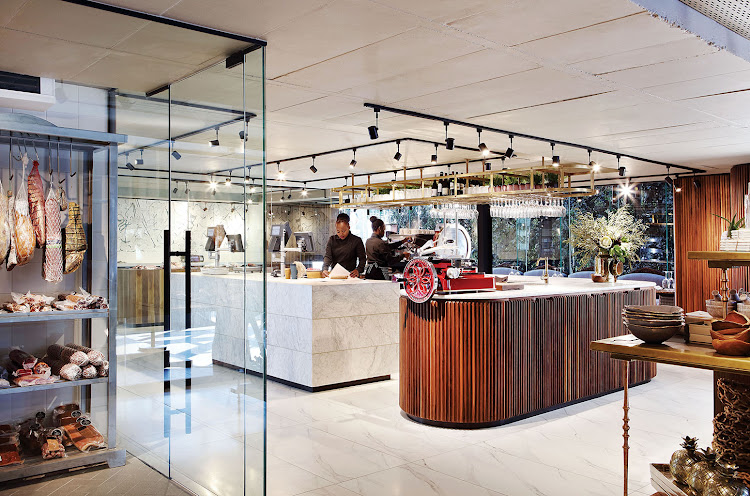 Inside the Marble Butchery 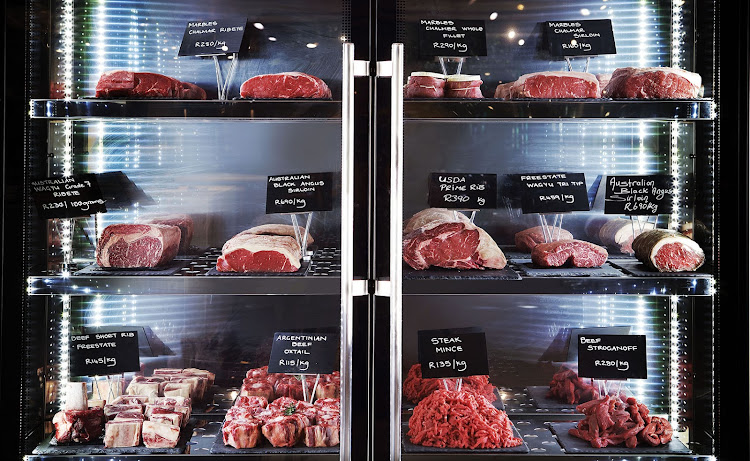 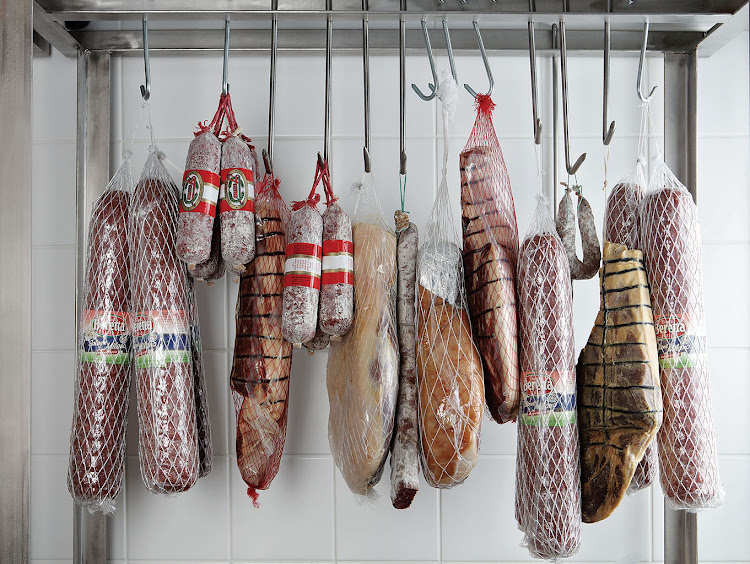 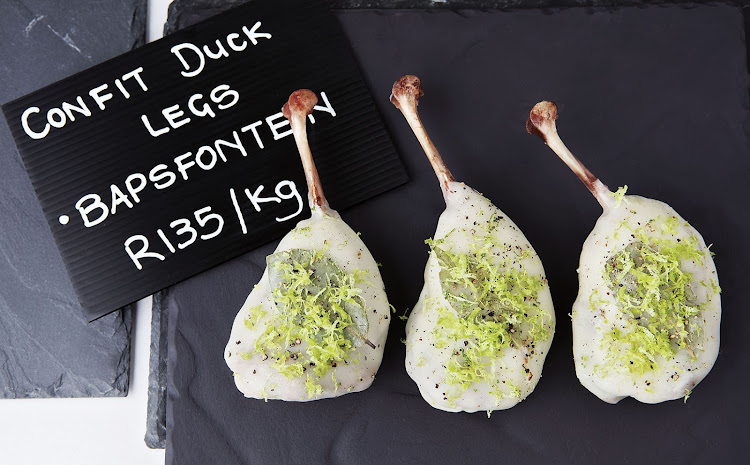 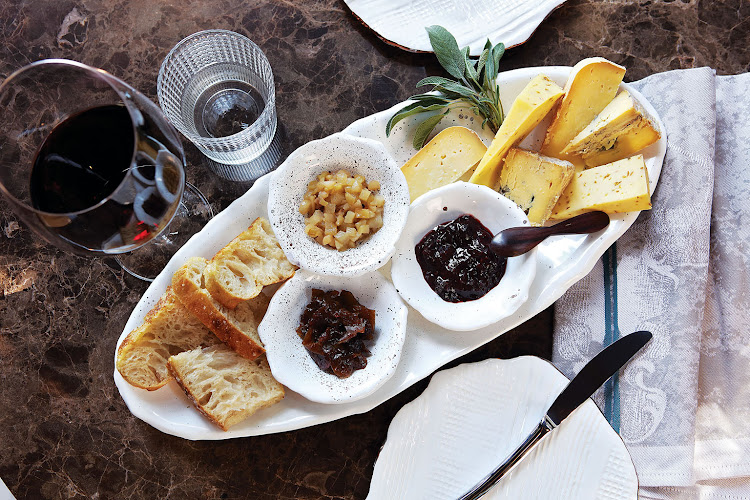 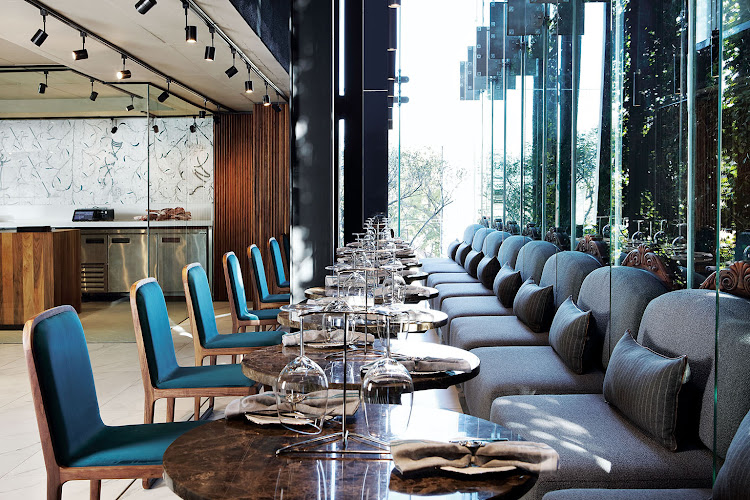 Interior of the Marble Butcher 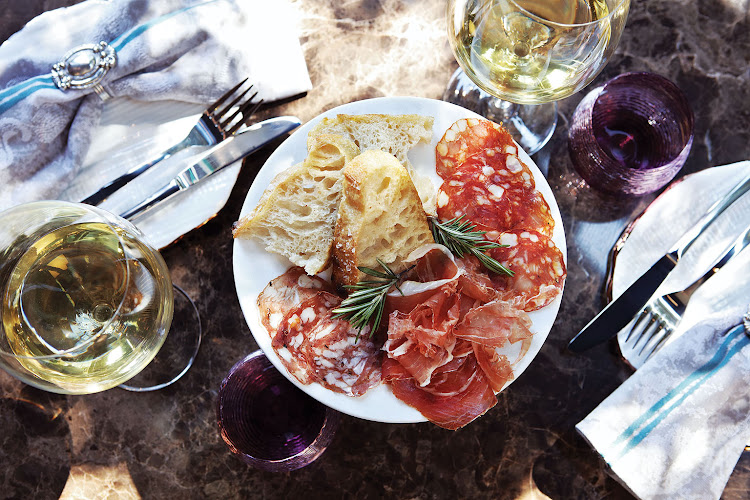 For a meaty pitstop on your next road trip, head to this Karoo restaudeli

One of the greatest smells in the world is sizzling bacon and in celebration of our craftsmanship issue we speak to man who provides the cure for all ...
Voices
4 years ago

For the first time in the 5-year history of the Wolftrap Steakhouse Championships, a restaurant from the Western Cape snatches the Best Steakhouse ...
Food & Drink
4 years ago
Next Article
© Wanted 2022 - If you would like to reproduce this article please email us.