David Higgs’ restaurant story starts and ends with a potato. Which is why it shouldn’t surprise you that he doesn’t think that his food at Marble should be considered fine dining. In fact, he hates it when people say that it is and is pretty adamant that it’s not 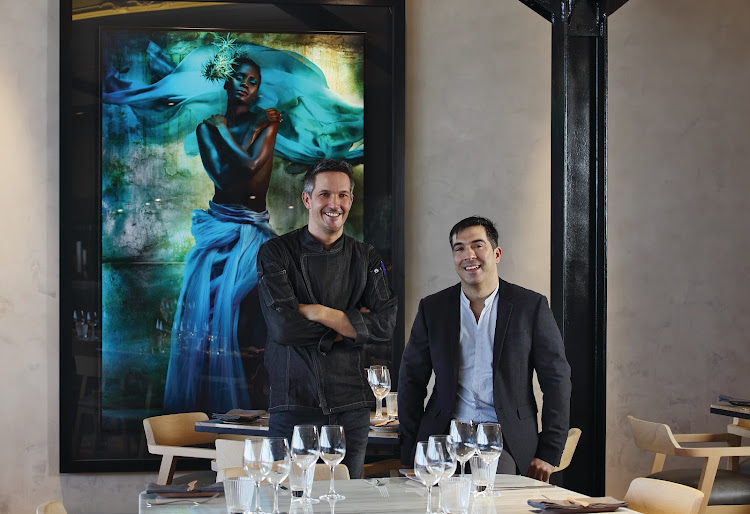 “It’s steak and chips,” David Higgs insists. “Marble has just been elevated slightly from a normal steakhouse. I mean, the last thing I want to do is make mushroom or pepper sauce but it’s nothing out of the ordinary. It’s just been cooked on fire and we use good quality meat.”

It is this fire and good quality food that has become synonymous with Higgs’ “elevated steak restaurant”, which sits aloft the Trumpet building, in the stretch known as the Keyes Art Mile in central Johannesburg. It’s one of the few places in the city where the cooking of the food is as theatrical as its sea foam-coloured pressed ceilings. You can sit and watch Higgs and his team tame the flames to craft incredibly deft and simple dishes packed full of complex textures and flavours. It’s a type of theatricality that unwittingly harkens to a memory from his youth.

On the menu at Marble 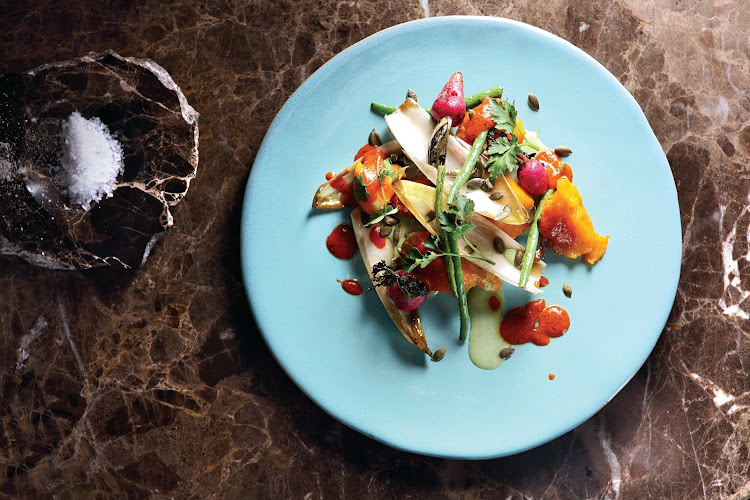 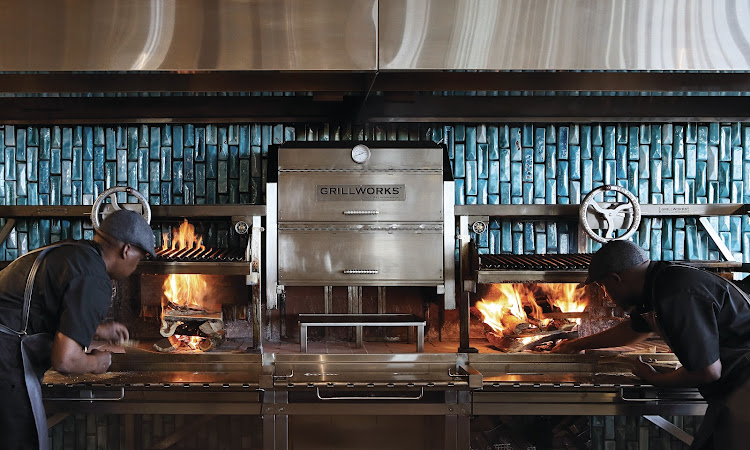 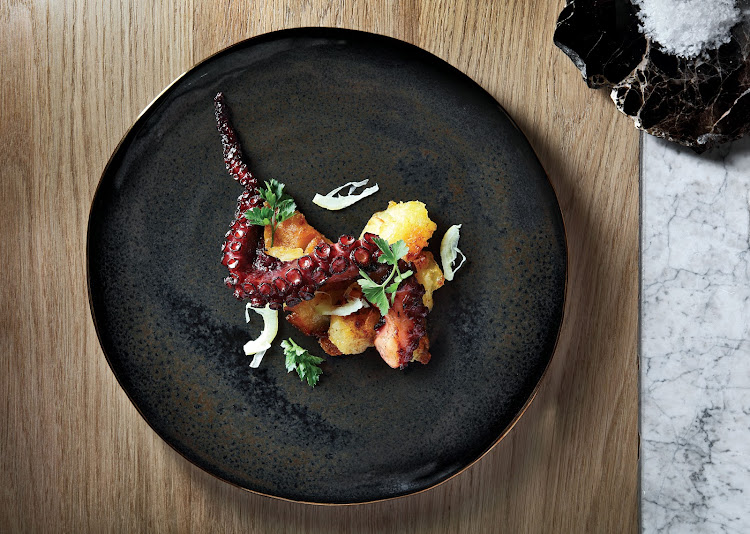 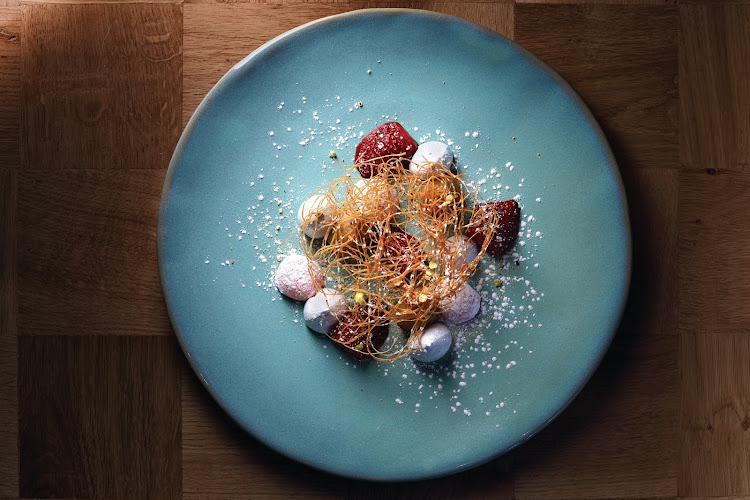 “One of my favourite restaurants as a kid was always Zorba the Greek. I remember the chef was always standing in the window at the front with big flames going, doing his thing, and that really always stuck in my mind. I was never really thinking that’s where I would land up and that’s exactly what I am doing now.”

It’s a journey that probably started even before the eager boarding school kid pushed his face up against the glass of a Greek steak restaurant in Sea Point, Cape Town. Perhaps it goes all the way back to the almost daily practice of cooking freshly caught fish on a fire on the beach in Walvisbay, Namibia where Higgs spent his first few years of childhood. To then running back to give the leftovers to his mom who would invariably come up with at least 10 different ways to stretch them (as all good moms do.)

On top of the world: Marble starts a fire in Joburg

David Higgs’s new restaurant on the rooftop of the new Trumpet building in Rosebank is pure Joburg. Marble, created in partnership with Gary ...
Food & Drink
5 years ago

It’s with stories like these that Higgs believes his mom’s cooking played a big role in his relationship with food but it wasn’t until he met his culinary hero and mentor, chef Bill Stafford, that he really saw what food had to offer. Stafford, who was once heralded as British chef of the year, took Higgs under his wing and introduced the young chef to the basics as well as to the world of fine dining. From there, Higgs’ journey went on to include massive dessert making factories, catering “extreme cuisine”, cooking schools on wine farms, revamped fancy hotel restaurants in Joburg and of course, Rust en Vrede, where Higgs made his most famous mark while collected a plethora of awards and even cracking the 61st spot on the San Pellegrino Top 100 Restaurants in the World.

But regardless of direction, Higgs’ story always seems to come back to his love of simple, real food that celebrates the ingredients. Which brings us back to the potato. His first ever dish at his ever first restaurant, Left Door, was a melody of confit pork belly and smoked mashed potatoes inspired by smoked spuds he tried on a visit to the now closed wd-50 in New York. It took 20 tries to get the potatoes anywhere close to what had been crafted by Chef Wylie Dufresne but when he finally cracked it, it was nothing short of “an incredible thing”. Fast forward to the present and you can find the same smoked potatoes in a sauce that accompanies a ribeye steak with crispy and smoked onions in the latest addition to the Marble menu. We assure you it’s still “an incredible thing”.

“My dream was never a restaurant, my dream was never really anything; it was just about getting from day to day and improving myself. Then an opportunity arose for a restaurant and I said, “let’s do it”. I think that’s why I enjoy it and why I’m successful, because there is a time and a place for everything and that time and that place just worked out for me and I’m very grateful for that.”

We asked David what places he likes to go to when he is not cooking fine dining and here are his top three favourites:

The restaurant absolutely buzzes. You sit on top of one another on these big leather bench seats, there’s glass everywhere and the waiters are running around. I really do believe that the energy that you get from a restaurant is so important and that’s what I get from Balthazar. I’ve been back a few times and it’s always the same. balthazarny.com 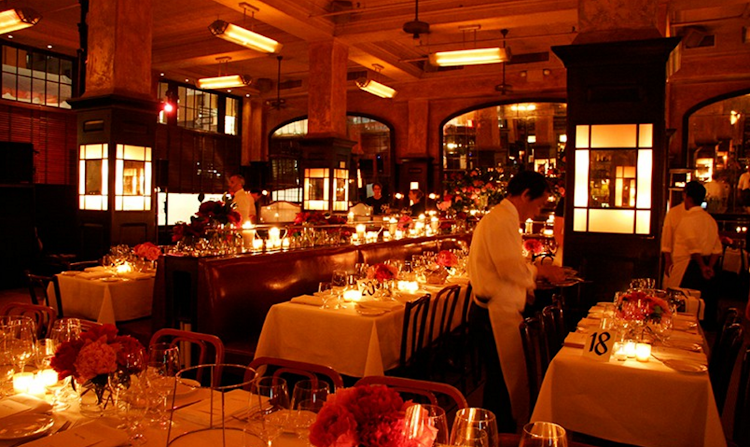 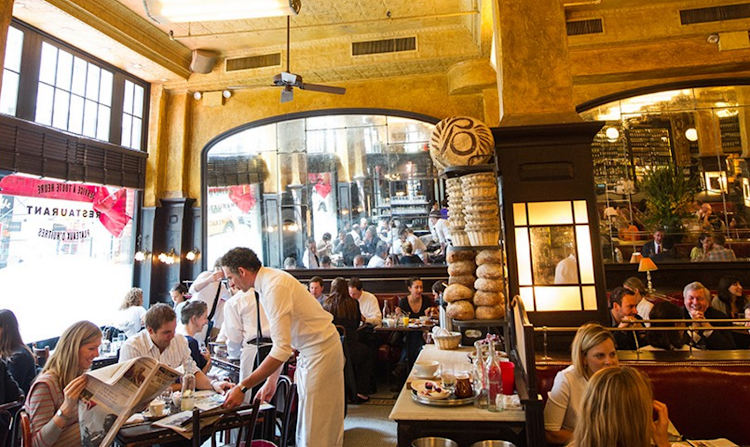 In the small towns in the heart of the Champagne region, they have these incredible classic brasseries that have rillettes on the table when you get there and loads of crusty bread. I love it; it’s that French thing with really good, simple food. It really sums up a good restaurant for me. france-voyage.com

When I’m down in Cape Town I always go to Liam’s [Tomlin, the owner]. It’s just real, good food that has been cooked incredibly well. It’s not “weird and wonderful,” it’s just straightforward. Whether it’s a great risotto or a well-cooked piece of fish, they are always edgy and interesting. chefswarehouse.co.za 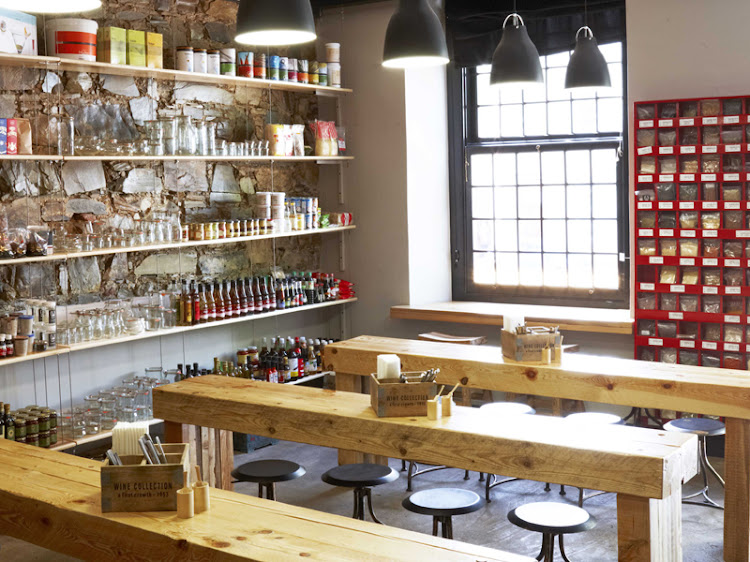