From their elegant new Cape Town restaurant, young trendsetters Cynthia and Cornel are introducing us to their modern American-style cooking

I’ll often make a detour along Bree Street on my walking commute around Cape Town just to glance at the windows of Robert Sherwood Design. He and partner-curator Alberto Rodriguez work their particular magic, forever evolving the tiny space, never failing to delight. 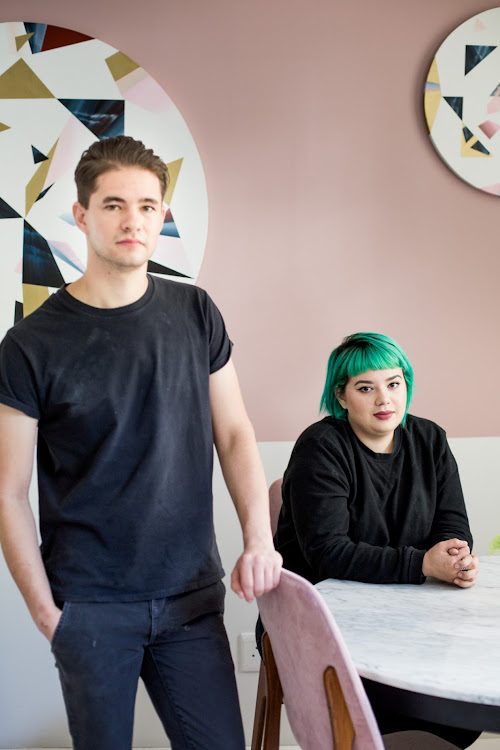 I was recently introduced to their new neighbours at Mulberry & Prince on Pepper Street. The talent native Brooklynite Cynthia Rivera and her South African partner, Cornel Mostert, met in upstate New York at the Culinary Institute of America (aka Harvard for foodies). Beyond the pastel pink double entrance doors you’ll find the most elegant restaurant in South Africa, where the finest attention to detail in the interior extends to a dining experience that is truly sublime.

Think of a trend and you’ll most likely accredit it to Brooklyn, New York (although, to be fair, Portland in Oregon has led the wave on the food scene). Beyond beards, craft beer and bicycles, that creative community is also partly responsible for stirring the pot around interesting ingredients, and reviving old-school favourites with modern cooking techniques.

From their new restaurant, young trendsetters Cynthia and Cornel are introducing us to their Brooklyn-style favourites, combined with inspiration from Cynthia’s Puerto Rican and Cuban heritage. Not only are their kitchen skills in full view of diners, they also present every dish at your table and encourage diners to share. From their entrée of sardine chips — individual fillets are delicately woven into thin slices of potato — with horseradish crème fraîche, to the heavenly ‘toasted cheese’ of stracciatella and lovage on charred bread, beef tartare with caper berries, and the ricotta dumplings with tiny shimeji mushrooms and grana padano, each menu item is potentially more award-winning as you move down the seasonal list. 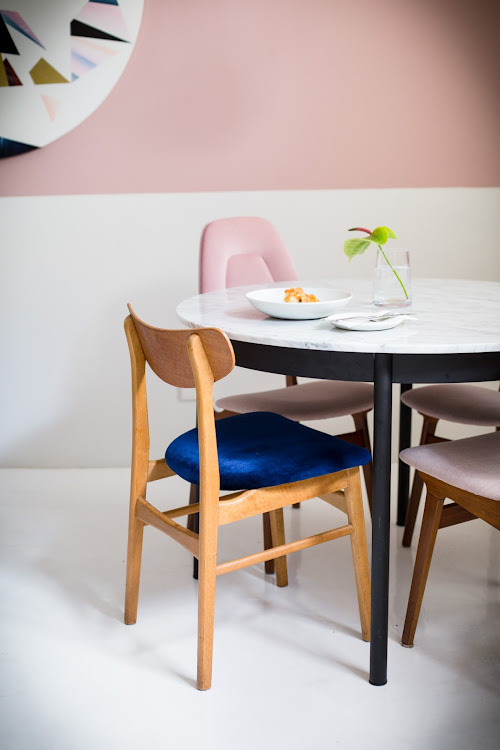 Why the name Mulberry & Prince? Cynthia: It's a street corner in Nolita, New York. It's one of our favourite areas to hang out.

Cornel: One of our favourite Italian restaurants is on the corner of Mulberry and Prince and it serves the best baked ziti.

How did you meet? Cornel: We became friends in culinary school about six years ago. We got paired into groups in all the classes and Cynthia thought she was paired with someone else. You have to set up all the stations and I set hers up every day — she thought it was some other guy next to her.

Cynthia: Yes! Every day when I went to class it was always set up and I'd say, "Thank you, Johnny," and he'd respond, "Yeah, no problem.”

Cornel: Then I had to tell her the truth and we’ve been friends ever since. There was always the idea that opening your own restaurant is something you do — that's why we go to culinary school, right? We knew what we were working towards. There are restaurants where you just work for a bunch of a**holes. I worked in the top three Michelin-starred restaurants with Cynthia, but you can only deal with that lifestyle for so long. And then I came to visit family and somebody asked me about opening a restaurant here and I thought, "You must be joking.” I went back to the States, we were actually looking for an apartment and it wasn't working out, so we sold everything, came back to South Africa and this is where it all started.

Do you miss New York City? Cynthia: I'm from Brooklyn. There are certain aspects that I miss, but I needed to get out of the city. Cape Town is a lot slower and everyone is chilled.

How would you best describe your style of cooking? Cynthia: We're classifying it as 'modern American', which is just a mix of different cuisines using modern cooking techniques. The menu is based on small to mid-sized plates, so we encourage guests to pick and share. That's how we like to eat.

Cornel: We also like to encourage a spontaneous vibe. If you go to a regular restaurant, you order chicken, she orders steak and there's no interaction. Here, everybody eats together and talks. They don’t want to leave, because they're all having a really good time.

Talk us through your menu? Cornel: They're like little snacks that change with the seasons and availability of produce. The bacalhau fritters are made with salted cod mixed with a creamy base and some cilantro, deep-fried into little balls. We get our prosciutto from Richard Bosman. Lardo is the cured back fat that we slice very thinly and serve with homemade quince jam on top of heavily charred sourdough bread. We serve West Coast oysters with a yuzukoshō mignonette (a Japanese condiment of fermented citrus, white grapefruit, lemon, lime and some chilli mixed with Champagne vinegar, yuzu juice and some fresh cucumber) and orange, kohlrabi and persimmon salad with hazelnuts and some pecorino. Our beef tartare is sirloin with caper berries inside and fish sauce to add a little umami flavour, served with a green oil that we make, topped with crispy Mediterranean potatoes…

Cynthia: We do pressure-cooked octopus with chickpeas braised in achiote, which is also known as the poor man's saffron in South America. It gives good flavour and colour.

What are your earliest memories of food? Cynthia: I’m of Puerto Rican and Cuban decent, so a lot of the things on our menu now reflect my culture. My older sister was a teen mother. So while she was taking care of her kids and my parents were working, I had to cook for everyone. It was out of just love for cooking for people. It wasn’t like I wanted to be rich and famous.

Cornel: I grew up in a kitchen. I always watched my nanny cook and remember my mom baking on birthdays.

What are the hottest food trends in Brooklyn? Cornel: Interaction with chefs, who are part of the dining room. Brooklyn Fare was one of the first places to have an open kitchen where guests could see everything happening, and there’s Blanca in Williamsburg, where guests sit around the kitchen. It's built around the chefs, who serve you from the service bar. [At Mulberry & Prince] we're not fully exposed, but people can still see what we are doing and we serve guests ourselves. On a lot of menus in the States, you'll find stracciatella and saffron. And endives or chicory are also very trendy.

Cynthia: Even 'nduja [a very spicy, spreadable pork salami from Calabria, Italy] is on every menu in Brooklyn.

Cornel: So we bring a little bit of New York to Cape Town. 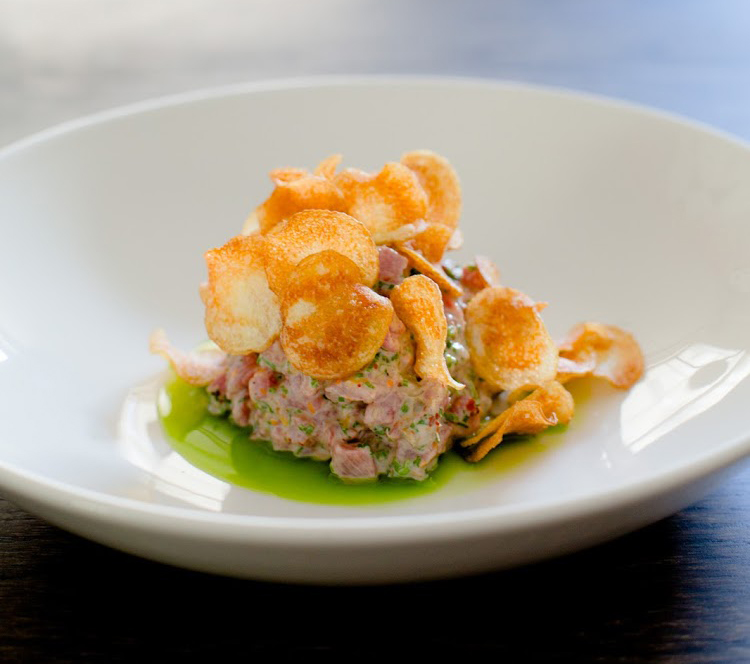 METHOD
To make the dressing, mix egg yolk, red wine vinegar and fish sauce in a blender on low speed. Slowly add neutral oil until it thickens and resembles a thin mayonnaise.

To make the chive oil, prepare an ice-water bath. Bring a large pot of water to the boil. Blanch chives in boiling water for 30 seconds and immediately transfer to ice water. When chives have chilled, remove excess moisture by patting gently with a paper towel. Place blanched chives and oil in a blender and blend to a fine purée — do not over blend as the chives will turn brown. Pass blended oil through cheesecloth or a fine mesh strainer. Reserve in the fridge and shake before serving.

To make the potato crisps, slice potatoes into a bowl of cold water. Drain and rinse, then heat oil to 160°C in a deep-fryer. Fry potato slices in small batches. Once they start turning golden, remove and drain on paper towels. Season with salt.

Serve sirloin in a bowl with chive oil and potato crisps.

Mulberry & Prince may be located on Pepper Street in Cape Town, but its inspiration comes from the streets of New York. “Cynthia and I met at the ...
Food & Drink
5 years ago
Next Article
© Wanted 2022 - If you would like to reproduce this article please email us.