Beauties or beasts? These items walk the fine line between chic and freak

Hideous or hot or both? Graham Wood wades into very murky (but enthralling) territory 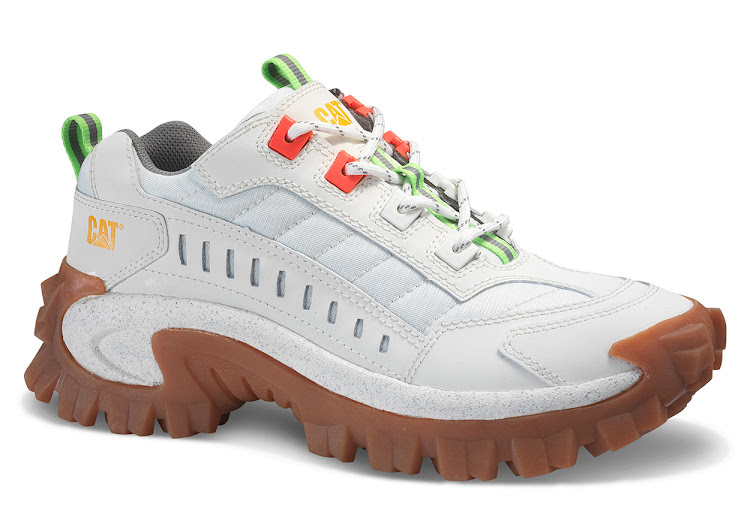 Hot or not: the dad sneaker.
Image: Supplied

Fashion moves in cycles. What is beautiful one year will take on the tinge of ugliness in a few years as it falls out of fashion. Then, suddenly, it’s back again. But the relationship between beauty and ugliness goes beyond fashion. Sometimes distance in time imparts a sheen of nostalgia, or sometimes familiarity imparts fondness that can turn something once thought ugly to kind of beautiful.

UK design doyen Stephen Bayley, in his book Ugly: The Aesthetics of Everything, makes a pretty good case that ugliness and beauty function less as opposites and more as two sides of the same coin. The French (of course) even have a word for those instances when ugliness and beauty coincide: jolie laide, which translates literally as “ugly beautiful”. They’re parts of the same thing, which helps to make them interchangeable in the realms of fashion.

Flip-flopping from being viewed as gorgeous, then ugly, then gorgeous again over the years is one thing. The other particularly interesting possibility is when something designed to be ugly comes to be seen as beautiful.

The deliberate deployment of bad taste and ugliness has a venerable history. The punk movement of the ’70s knowingly embraced bad taste as a political affront. So did postmodern architecture in its way. They were both a riposte to the idea that good design is beautiful. The modernist idea was that if form followed function, beauty would follow too. There’s a case to be made that the endless elegant modernist refinements that led to the almost mystical beauty of something like the iPhone in our own day, which has been reduced to the nadir of minimalism, has hit a dead end. Bayley certainly thinks so. Anything else you do to the design of the iPhone, he argues, is unlikely to make it more beautiful.

Which brings us to the present, in which it seems ugliness is having another moment. But this time around, the excesses of the ’80s seem to be getting the ugly-beautiful treatment. Certainly, we recognise the trashiness of ’80s glamour, but this isn’t simply an ironic reprisal of the era’s aesthetics. Perhaps we need a break from the minimalist, tasteful beauty of the past years to free our minds, or shake things up, have a little fun, and to make some space for creativity... to set the scene for some new ideas. And perhaps what all the ugliness reminds us is that looks matter. So welcome back to the realms of the over-decorated, the unnecessarily embellished, the inharmonious, garish, kitsch, loud, brash, fussy, inefficient, tacky, cheap, and tasteless…

ARCHITECTURE: The return of PoMo 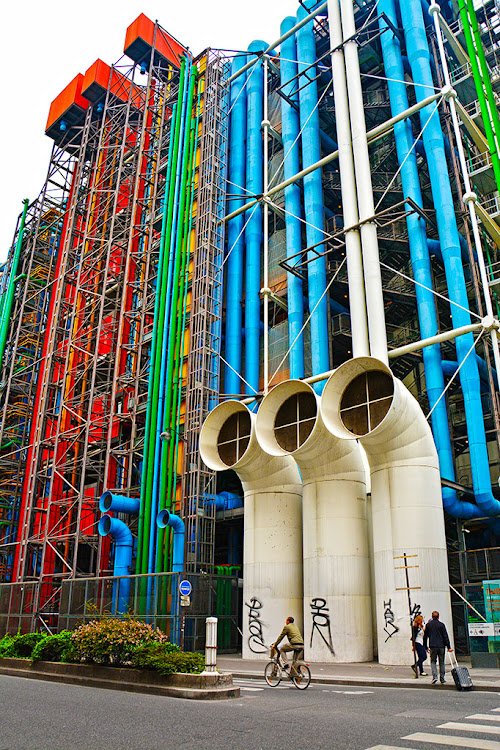 The beautiful blonde interiors, the naturals, neutrals, and restraint that have dominated architecture and décor for the largest part of this century might finally be in retreat. Good taste was handed down from generation to generation of architects and designers in the mould of minimalism, from the Bauhaus 100 years ago via Scandi chic and Apple’s relentless refinements. Minimalism and modernism, it seemed, had found a way to refine beauty to its very essence: in simplicity, functionality, pure form. Along the way, inevitably, in defiance of Bauhaus master Mies van der Rohe’s dictum that less is more, a young American called Robert Venturi declared: less is a bore! An explosion of garish, decorative, tongue-in-cheek buildings followed, all bright colours and semiotic self-consciousness in the postmodern mode that was the intellectual vogue of the time.

Inevitably, more became a bore, too, as the movement ran out of intellectual and aesthetic steam. Modernism soon reasserted itself as the orthodoxy. But recently, a fascination with designers such as postmodernism’s predecessors the Memphis Group, and a reverence for the likes of Frank Gehry’s own famous house have started to signal a pushback. Richard Rogers, who, alongside Renzo Piano, designed the Centre Pompidou in Paris — one of the first PoMo buildings to assert the playful, exuberant side of architecture — just retired, and the ripples of reverence for his work have become palpable once again. A fascination with the fun is on the return; it’ll bring with it ugliness, but maybe a few fresh ideas, too.

Daniel Craig tuxing up as James Bond ushered in a grittier, tougher 007. With him came the return of some icons of the early films, notably the Aston Martin DB5, which Sean Connery famously drove in Goldfinger. It’s generally considered the most beautiful Aston ever (see our motoring feature for more). When the new Bond film No Time To Die launches next month, it will include an appearance by the Aston Martin V8 Vantage Series III, which featured in The Living Daylights (1987). 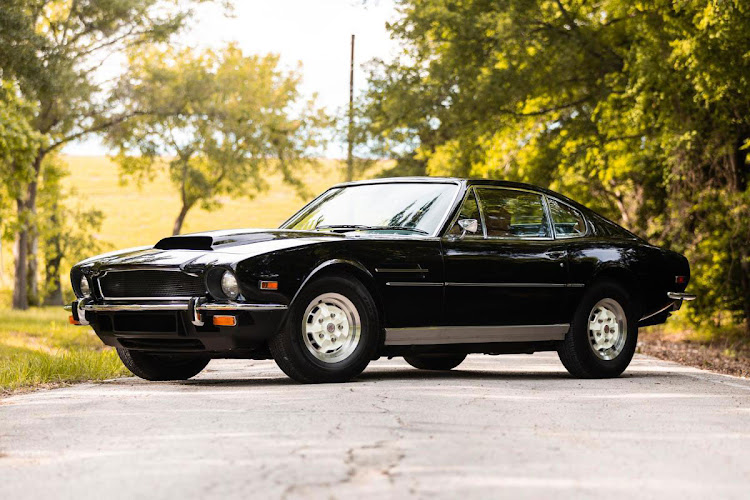 This hulking muscle car is more like a Ford Mustang than a classic Brit racer, and a far cry from the elegant DB5. Its aggressive styling reflects a brute riposte to the Ferraris that were dominating the sportscar scene at the time — it was the UK’s first supercar. A recent Radio Times poll revealed that the public considered the two best-ever Bond portrayals to be Connery (obvious enough) and, wait for it, Timothy Dalton! Dalton started in The Living Daylights alongside that V8 Vantage, so maybe the producers are on to something.

There’s a punky defiance about the return of what fashionistas are straightforwardly calling “the ugly shoe”. The disproportionately large, clunky, inelegant throwback to the ’90s seems to have becomes a seasonal favourite.

At its heart, the challenge seems to be to make the ugliest shoe stylish through the sheer force and will of one’s own personal style. It’s a bit like saying to the world: “With my own coolness, I will perform the alchemy of style; I will transform something impossibly ugly into something stylish.” 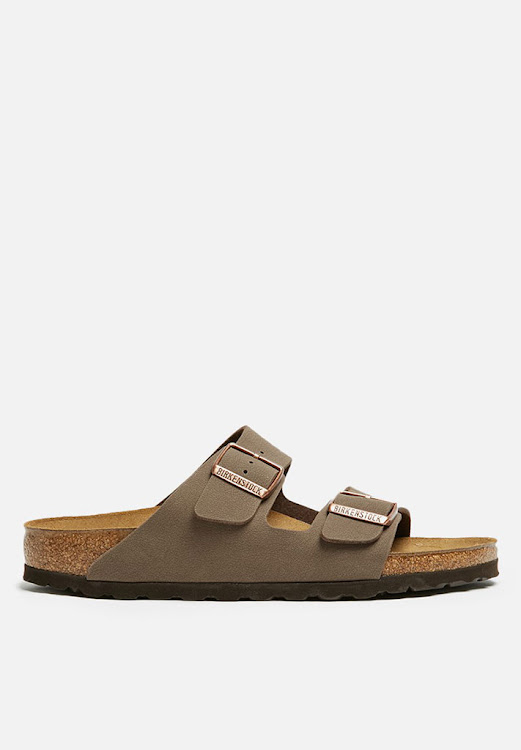 The ugliest of them all? The Birkenstock.
Image: Supplied

Like an exaggerated version of normcore, or a sartorial take on the dad bod, the dad sneaker — the ultimate in ordinariness — becomes not so much a style statement itself as a style challenge. Then, to up the ante, you exaggerate the blandness to almost grotesque proportions: the Birkenstock, the Velcro sandal, and the Buffalo boot are inflated and distorted to be uglier than ever. The inversion of values here is less about straight-forwardly subverting good taste with ugliness, however, as it is demonstrating how individuality can redeem even the ugliest accessory and transcend the most extreme ordinariness. 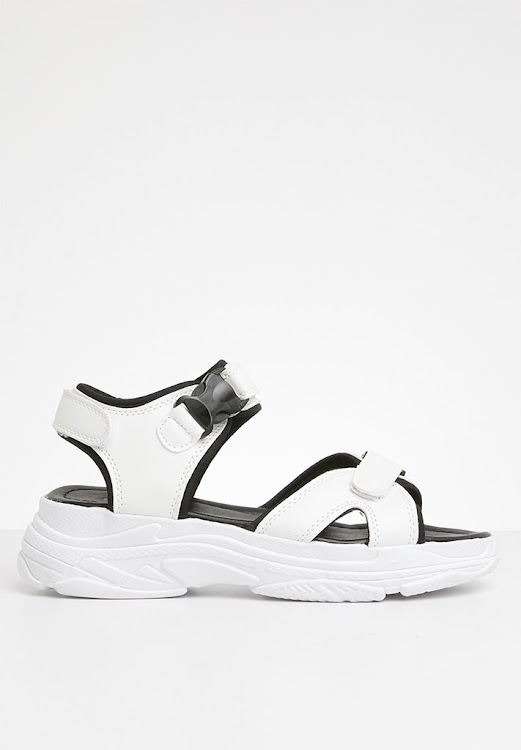 The ugliest of them all? The Velcro sandal.
Image: Supplied 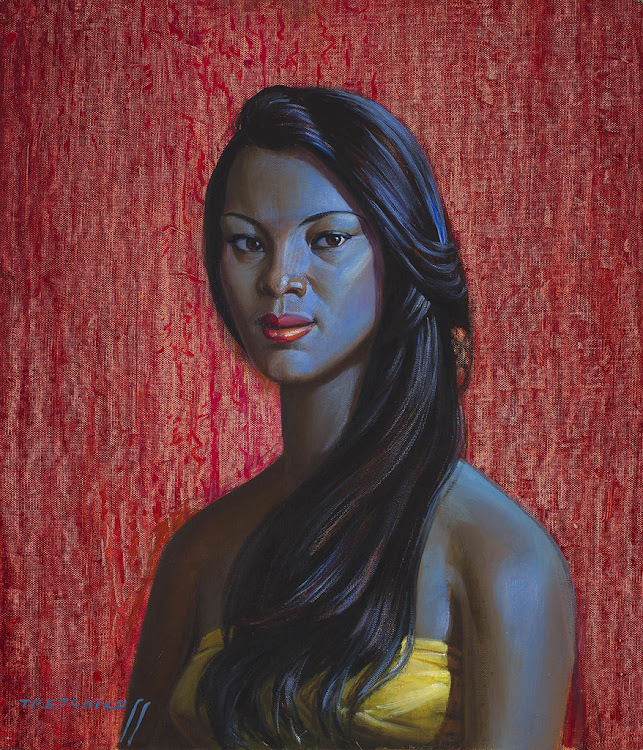 Vladimir Tretchikoff was the king of kitsch. He was crassly commercial, showing in malls and department stores rather than galleries. He flogged mass-produced prints of his most famous works. His is a story of triumph over the “tasteful”. But, at the same time, his paintings are also familiar and strangely comforting… reminding many people of their grandparents but also playing into their rebellious delight in their anti-establishment defiance of good taste. His legendary Chinese Girl painting sold for R13.8-million at Bonhams in 2013 (it’s on display at Delaire Graff Estate in Stellenbosch) and, earlier this year, his Portrait of Ellen Peters sold on Strauss & Co auction for R1.4-million. Take that, style police!

Ode to joy: Eight feel-good artworks to make you happy

It happened, the ‘ugly shoe’ got uglier