Is Gordon Murray's T.50 the world’s most enthralling supercar?

The spiritual successor to the iconic McLaren F1 revs to a record-breaking 12,100rpm 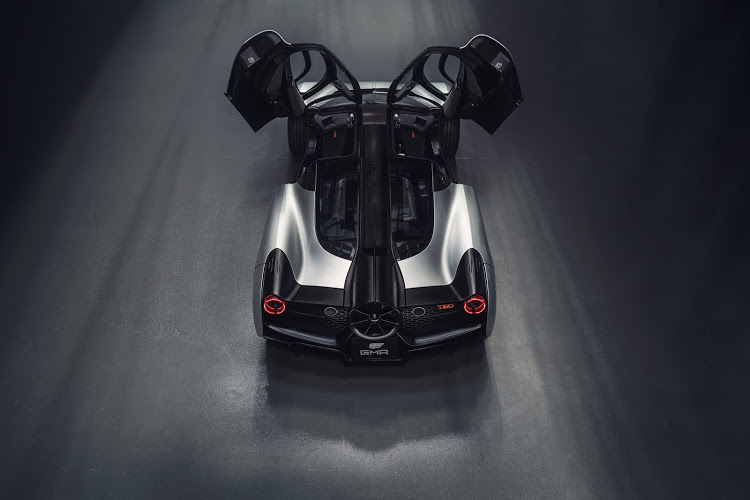 Dihedral doors, and a rear fan that sucks the car to the road.
Image: Supplied / Business Day

After a long teaser campaign the T.50 was revealed on Tuesday, August 4 2020, with one mission: to be the world’s most enthralling supercar.

Built by SA-born Gordon Murray as the spiritual successor to his McLaren F1 supercar of the 1990s, the limited-edition T.50 is designed to be the most driver-centric supercar ever made.

The carbon-fibre car features the world’s highest-revving engine, rear-wheel drive, a six-speed manual gearbox, forged aluminium double wishbone suspension, and the most advanced aerodynamics yet seen on a road car — aided by a 400mm rear-mounted fan.

Created as a purist driver’s car, the new Elva has 600kW, but no roof or windscreen
Cars, boats & planes
2 years ago

“From the first touch of the titanium throttle pedal to the V12 screaming at 12,100rpm, the driver experience will surpass any supercar ever built,” says Murray.

“No other road car can deliver the package of power, instant responsiveness and driver feedback in such a direct and focused way while remaining comfortable, refined and usable every day.”

Murray’s design for T.50 was the 50th in a line of race and road cars he’s penned over an illustrious 50-year career — both reasons combining to name the car T.50.

At the T.50’s heart is a mid-mounted 3.9l normally-aspirated V12 Cosworth engine. Fed by a roof-mounted cold-air ram induction inlet, it has maximum outputs of 487kW and 467Nm.

Although there are more powerful road missiles, the T.50’s weight of just 986kg makes it the lightest supercar of the modern era, lower than the average supercar weight by almost a third. It makes for a power-to-weight ratio and agility that begs for a racetrack, while the screaming V12 and manual gearshifter provide a sensory-rich driving experience. Brembo carbon ceramic brakes are designed for fade-resistant performance on race tracks.

With minimal interference from driver aids the driving experience is left to shine — and the stability control can be disabled entirely. 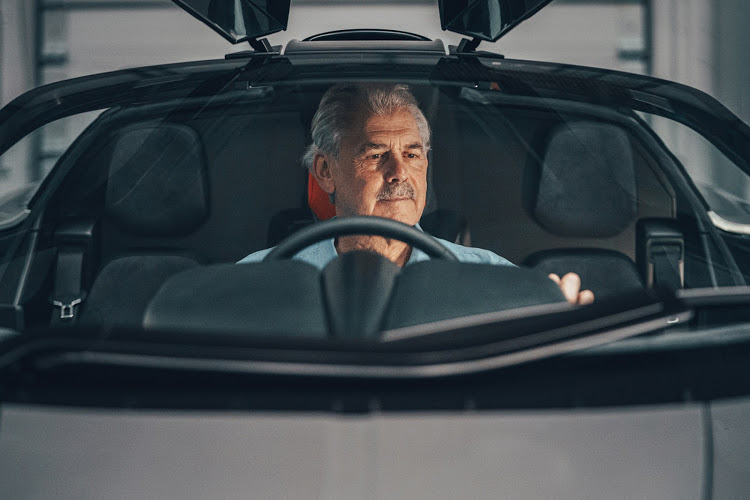 The car has clean lines bereft of the wings and vents that adorn most modern-day supercars. Instead, to create downforce Murray has revived a technology from Formula One’s annals -tech that was banned because of the advantage it gave.

In 1978 Murray designed the innovative Brabham BT46 Formula One car with a unique trick: a fan that sucked the car to the road. The incredible downforce it produced was so effective that the Brabham comfortably won its first race in the hands of the late Niki Lauda, but the resultant uproar from rival teams over the unfair advantage saw the fan car withdrawn from the very next Grand Prix and it never raced again.

Like the Brabham, the T.50’s rear-mounted 400mm fan rapidly expels the air flowing beneath the car to create downforce for greatly increased grip. There are six different aero modes that optimise either downforce and braking or top speed, though Murray hasn’t quoted the car’s top speed or 0-100km/h time - for him it’s all about the immersive driving experience rather than numbers.

Like Murray’s McLaren F1 of the 1990s, the T.50 is a three-seater with the driver in a central "jet-fighter" style seating position, with two passenger seats located diagonally and to the side. The driver’s unhindered view out of the cabin offers the type of pure driving experience usually associated with a single-seater race car layout.

It is a track-focused car that can be used every day, says Murray, with usable luggage space of up to 288l, and a 10-speaker audio system in case you ever get tired of the V12’s yell.

Mark Smyth chats to him about technical sculptures, the 765LT and future models
Cars, boats & planes
2 years ago

Lamborghini unleashes its most powerful supercar yet, the Sián Roadster

The hybrid 350km/h drop-top is the latest car out of Lambo’s bull ring
Cars, boats & planes
1 year ago