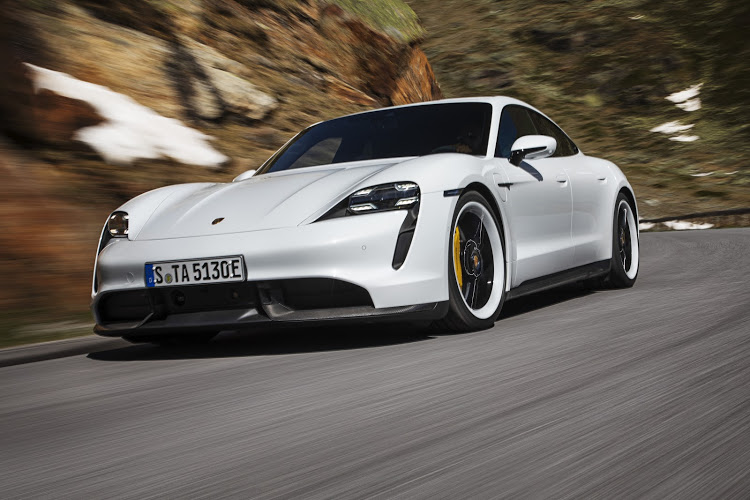 It wasn’t the speed of the Taycan Turbo S that surprised me.

Having experienced high-performance electric cars before, I wasn’t too surprised by the battery-powered Porsche’s ability to quietly demolish distance.

Jam the accelerator and the car shoots forward like a superbike as g-forces are awakened in an attention-grabbing manner.

“Hold the steering wheel with both hands” had been the parting shot from Porsche’s PR manager Christo Kruger as he handed over the keys for my test drive, and I could see why. The car’s all-wheel drive limits the amount of torque steer taking place at the front wheels, but with more than 1,000Nm instantly converting itself into forward momentum there is still enough side-to-side steering shuffle to require a firm grasp.

Porsche claims a 2.8 second 0-100km/h time for the Turbo S, which is the flagship model of the Taycan line-up that has been launched in SA, and this figure’s easily believable by the way this racehorse bursts from its stall. This makes it the second-quickest sprinting Porsche to date, pipped only by the petrol-powered new 911 Turbo S which is one-tenth quicker.

A high-revving four-litre engine maxes out the sound and charm of 718 Cayman
Cars, boats & planes
1 year ago

The Taycan Turbo S’s two electric motors — one on each axle — produce a combined 460kW of power, which briefly hikes to 560kW when launch control is engaged, along with 1,050Nm of torque.

The best part of driving an electric car is the instant and lag-free response; foot inputs translate into forward thrust like kicking a football. With no gears to shift there are also no power pauses; it’s one strong, seamless rush of energy.

Like I said, no surprises in how fast it is. In straight line g-forces the Taycan Turbo S delivers all that you expect of a Porsche supercar, and although the lack of an emotive high-revving petrol engine note is jarring, it is not totally without acoustic charm. In the background the two electric motors subtly make a high-pitched hum not unlike the whine of an aircraft jet engine, which is amplified when you select the Electric Sport Sound switch.

The Taycan’s surefooted handling came as no shock either, given the German carmaker’s reputation for making cars that go around corners swiftly. This is a large sedan — nearly as big as a Panamera — but with the batteries located in the floor to lower the centre of gravity, combined with active roll stabilisation, the Taycan scoots through turns with an impressively pressed-down nature.

The steering has the Porsche-typical alertness, and rear-axle steering helps the large 2.3 ton sedan tuck into turns with the briskness of a smaller car.

The handling composure is matched with excellent grip, and I heard nary a squeal from the 305mm wide Goodyear tyres during high-spirited driving. All-wheel drive helps keep the tyres from smoking under hard acceleration, as does torque vectoring which prevents the inside wheels from spinning when cornering.

In terms of its pace and driver appeal this zero-emission car is all Porsche, and the iconic brand has entered the electric-car age with a sizzle. The Taycan also holds the record of seven minutes and 42 second for electric production cars at Germany’s Nürburgring Nordschleife. 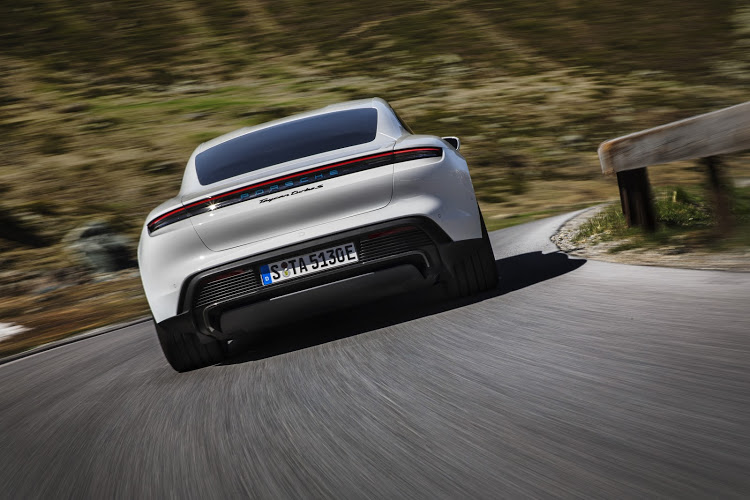 The surprise for me was how comfortably the car rode, especially over uneven roads, and they’ve made it handle well without turning it into a jittery sports car that bucks like a rodeo horse.

Porsche Active Suspension Management with adaptive air suspension responds to the road surface and driving style, constantly adjusting damping. Drivers can choose from four driving modes — Range, Normal, Sport and Sport Plus — which among other parameters adjust the suspension stiffness and ride height. As sporting as it is in the corners with its suspension firmed up, in its comfiest setting the big Porsche wafts with the smoothness of a grand tourer.

It is after all a sporting luxury car, with a plush cabin that takes four adults in stretch-out comfort. With a 366l boot and 81l front trunk there’s less luggage space than in a Panamera which offers 495l — but the electric Taycan’s not intended as a holiday car. 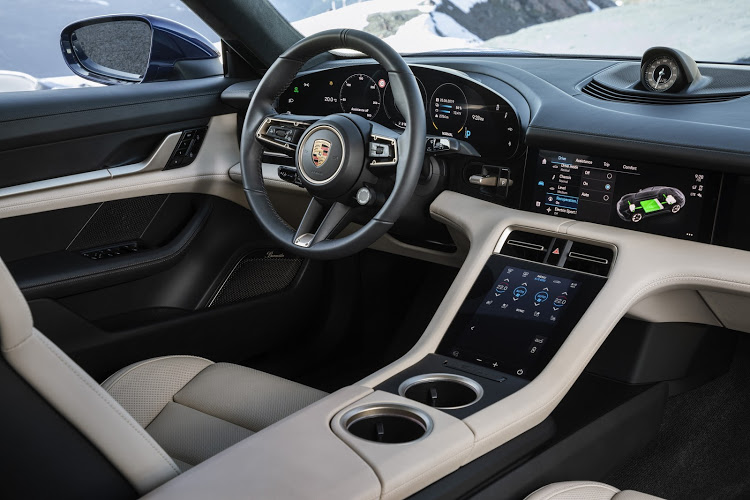 The digitised interior has a minimalist and modern design.
Image: Supplied / Business Day

The digitised cockpit follows Porsche’s latest minimalist and modern design, with the dash dominated by touchscreens with haptic-feedback icons, and there are few physical buttons.

As for the dreaded range anxiety of electric cars, the Taycan had 90km to spare after my roughly 200km drive. That is pretty decent mileage given how hard I pushed at times, and in normal driving Porsche says the car can achieve a 412km range.

Much of my drive was on open roads, and the car will go further on a charge in stop-start city driving as electric power regenerates when you brake or lift off the throttle. In the flagship Taycan Turbo S the brakes have ceramic discs — they’re optionally available for the Taycan Turbo which comes standard with steel discs. 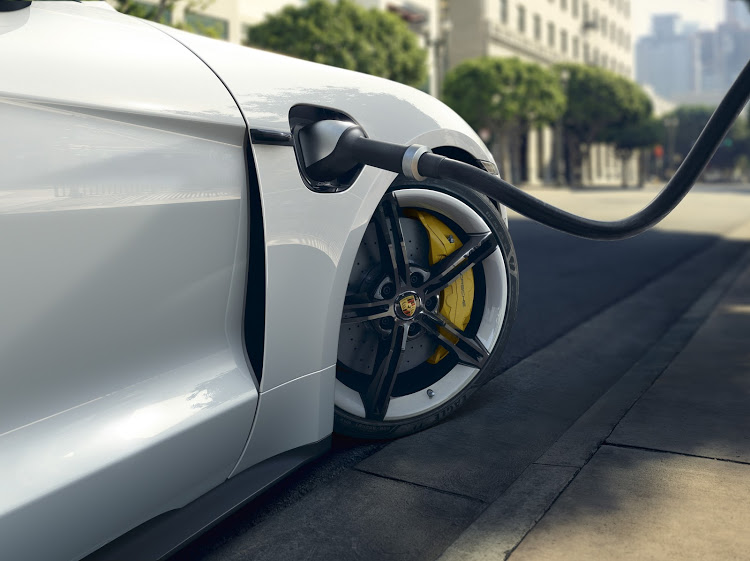 At a public fast-charger the car’s able to juice up to 80% of range in under 23 minutes.
Image: Supplied / Business Day

With the included charger the vehicle should fully charge in about four and a half hours at home, and at a public DC fast charger it can juice up to 80% in about 23 minutes.

Along with the range-topping Turbo S, the Taycan has gone on sale in SA in two other model derivatives: the Turbo with outputs of 460kW/850Nm and the 4S with 320kW and 640Nm.

The latest Jaguar I-Pace is smarter, sharper and faster-charging

The hybrid hypercar from Maranello is brilliant, incandescently quick, bewildering, and eerie, all at the same time
Cars, boats & planes
1 year ago

New initiative is a continuation of the Concept 4 shown in 2019
Cars, boats & planes
2 years ago