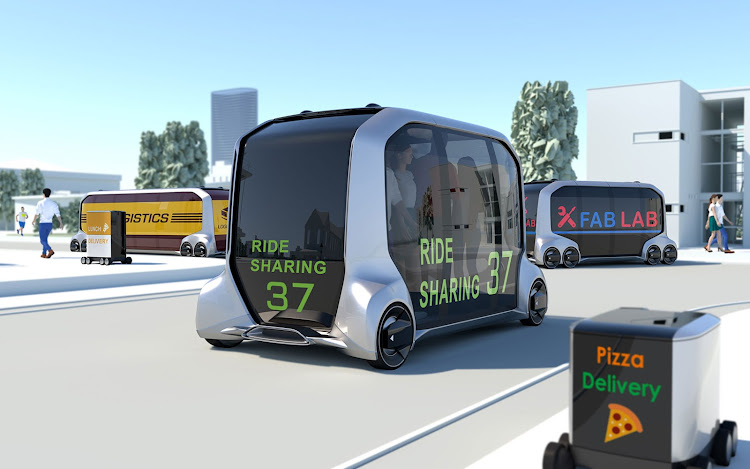 The year is 2050. The once-busy financial district of Sandton is quiet; the massive, glass buildings put up in the early part of the century are vacant as thousands of people who pursued careers in law and accountancy firms lost their jobs to automation. Sandton City is abandoned. Pigeons roam aisles that once teemed with luxury. Like many of the vast shopping malls of South Africa, it had to close as people moved to buying online, and the super-wealthy used new supersonic jets to shop in exotic locations of the world.

The streets are still busy, but quiet. Internal combustion engines were banned long ago and, instead, little electric pods buzz here and there delivering goods or passengers. Trucks come out only at night, autonomously taking your groceries to the few stores that are left.

It’s the same in Cape Town. Climate change saw the seas rise. The V&A Waterfront disappeared beneath the waves years ago. The Foreshore barely remains, but standing above it are those unfinished freeway bridges, still incomplete. They finally have a role beyond the film industry, because now cars reach their ends and then continue the rest of their journey in the air. Flying Ubers take tourists to the top of Table Mountain.

Perhaps this bit of crystal ball-gazing might be too extreme. But the world is changing rapidly — particularly when it comes to automation and the vehicle and transport industry.

Here in 2019, we are already seeing electric vehicles increasing their share of the market worldwide. The uptake is slower in countries such as South Africa, of course, and it will take decades for the global car park of internal combustion-engine vehicles to be replaced by alternatively fuelled vehicles.

Today, car manufacturers are evolving to become mobility-solution providers. Toyota revealed its e-Palette autonomous pod at the Consumer Electronics Show in Las Vegas early in 2018. It has big plans to implement these pods as part of its switch to urban-mobility services. The pods can be anything from a taxi service to a courier vehicle or even a mobile office. Even the Swedish furniture company Ikea is getting in on the act, with plans for interchangeable pods that can act as mobile coffee shops or florists, all of which come to you.

Toyota is also pushing the hydrogen society, one where not just our vehicles but also our homes and offices are powered by the gas. In fact, many car makers have been looking to hydrogen as the ultimate solution — an answer to the finite resource of fossil fuels that today remain a big part of powering the electric vehicle revolution. Hydrogen is also of vital importance to South Africa’s mining industry. Hydrogen fuel cells require platinum; electric vehicles do not.

Vehicle ownership, at least in the traditional sense, is likely to become a luxury. Companies such as Volvo and BMW are looking at subscription services, much like the way you have a cellphone contract. You will be able to “own” a car for a month, six months, or 12 months and then hand it back or upgrade it. Many people will opt not to have a car at all, choosing instead to use ride services or integrated transport systems. These systems will send pods to pick you up from your home and then dock with a bus or train service, where you will continue your journey.

There will still be cars, though. Hopefully the eerie urban sound of buzzing pods will be broken occasionally by the sound of a renegade in a 20th century V8, but many of the luxury car makers are implementing electric solutions for people who still want to drive. Jaguar was one of the first, creating its electric E-Type conversion.

Recently, Aston Martin revealed an electric conversion for its famous DB6. For those who hate the idea of an electric classic, Aston says you will be able to swap the electric drive-train cassette with the internal combustion engine one whenever you like. 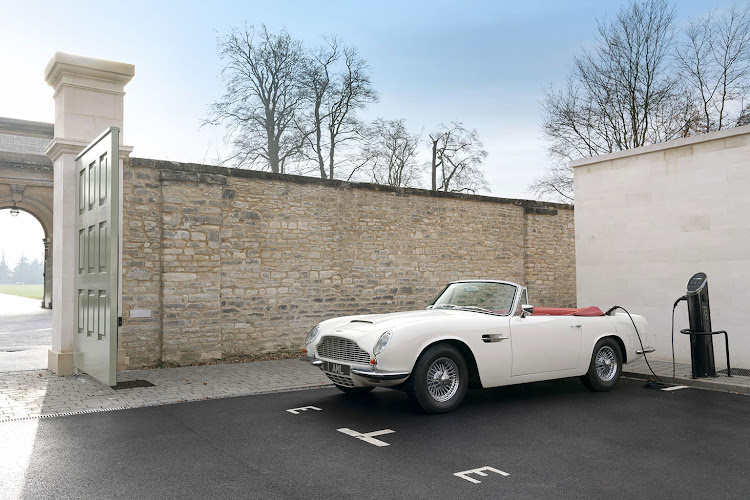 Bentley has plans for electric versions of its Continental GT; and the Rolls- Royce 103EX or Vision Next 100, revealed in 2016, shows an era when luxury motoring becomes the ultimate butler and driver service. It’s electric and fully autonomous, but, Rolls-Royce insists, it is not a pod.

High-speed rail links will take you from one side of the country to the other in record time. And if you need to travel further, then the race is on to bring back the commercial supersonic jet, once the sole preserve of Concorde. Boeing recently invested in startup Aerion to bring the Aerion AS2 supersonic jet to the skies in 2023. Rolls-Royce’s aerospace division is working on electric aircraft engines as part of its Accel programme, or Accelerating the Electrification of Flight. The company plans to have them in the air as soon as next year. 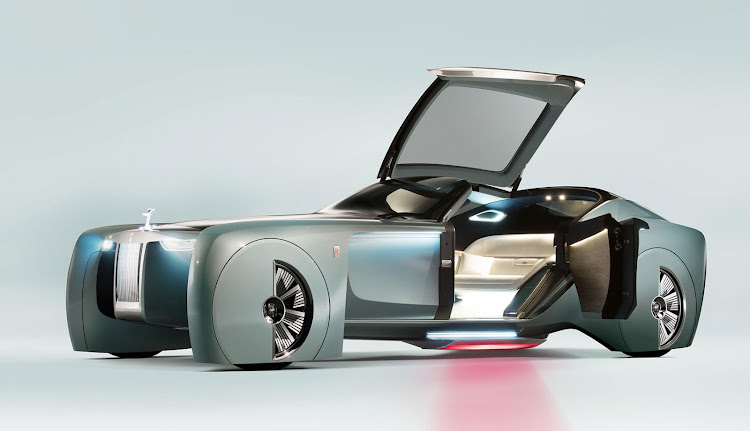 And what about the flying car? Well, that too is much closer than you imagine. Airbus, Audi, and its subsidiary Ital-design are already beginning trials of their Pop.Up solution. It uses a capsule that can be mounted to a wheeled chassis for ground transportation, but can then be picked up by a drone and continue its journey by air. 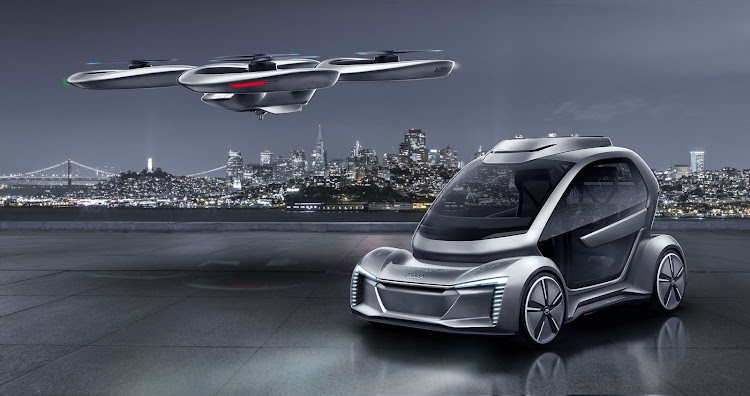 “The world is rapidly urbanising, and ground infrastructure alone cannot meet the demands of tomorrow,” says Airbus CEO Tom Enders. “Increased congestion is pushing cities’ transport systems to the limits, costing travellers and municipalities valuable time and money. Adding the sky as a third dimension to the urban-transport networks is going to revolutionise the way we live.”

Whether it is electric vehicles, autonomous pods, or the flying Uber, the fact is that transport is changing, rapidly. Some cities will move faster to adopt this new technology than others, with many restricted by incompatible infrastructure, inefficient governments, and consumer inertia. For some people it will all seem a bit scary, but others will find it exciting — a world full of new opportunities.

Is 2019 the year to plug in to the electric-car future?

Yeah, yeah, we know you’ve heard it all before but it’s 2019, and this year South Africa will be getting a whole bunch of EVs, from little city ...
Cars, boats & planes
2 years ago

An Aston Martin microjet perfect for inner-city travel without the congestion will set you back a mere R87m
Cars, boats & planes
2 years ago

Air taxis – up and away or crash and burn?

It seems players in the taxi industry have their eyes on the skies and are making big promises to get us up there sooner rather than later. But will ...
Cars, boats & planes
2 years ago