Is 2019 the year to plug in to the electric-car future? 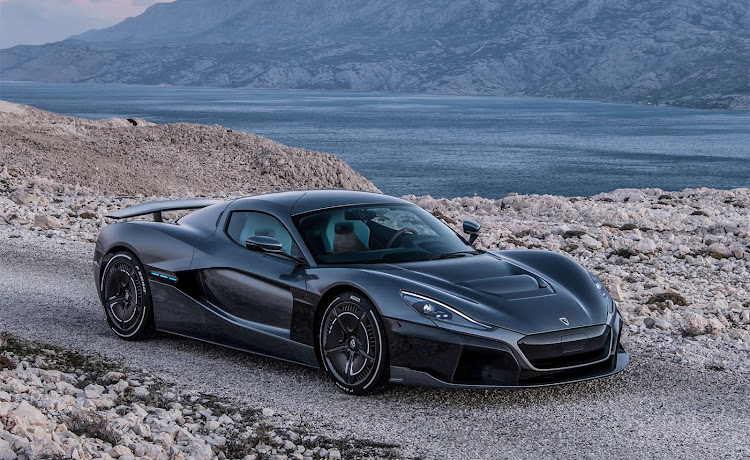 Electric cars are the future and they’re coming to South Africa. Yeah, yeah, we know you’ve heard it all before but it’s 2019, and this year South Africa will be getting a whole bunch of electric vehicles (EVs), from little city runabouts to phenomenal supercars. Is 2019 the year to plug in and charge forward, or just another year where we all get to write loads of electricity-related puns about cars that no one will buy?

In part, it’s the latter, because while EVs from Audi, BMW, Mercedes, Rimac, and Tazzari are all on their way here, they aren’t going to come cheap, with some costing over a million bucks more than their internal-combustion-engine equivalents. That’s a scary fact in a time when many people are feeling the economic pinch. Even though first-ever automobiles were electric, the modern EV has required massive research and development budgets — and fast.

Some of the best new cars are headed here in 2019
Cars, boats & planes
3 years ago

The automotive world is changing rapidly, spurred on by government PR machines and environmental lobbyists. Some of it is politics, but much of it faces up to the reality that the world’s climate issues need addressing and that fossil fuels remain a finite resource, even if they are needed in most countries to create the electricity that EVs use.

WHAT CAN WE EXPECT?

Audi’s first entry into the EV market will be the E-tron sports utility vehicle (SUV) in the last quarter of 2019. We drove it and were impressed. It has avoided radical design changes, preferring instead to make it look similar to Audi’s regular Q models. The 95Wh batteries come from the upcoming Porsche Taycan electric sportscar while the two motors generate up to 300kW and 664Nm. This is mostly a road car, but we did some mild off-road stuff, which it handled with ease. 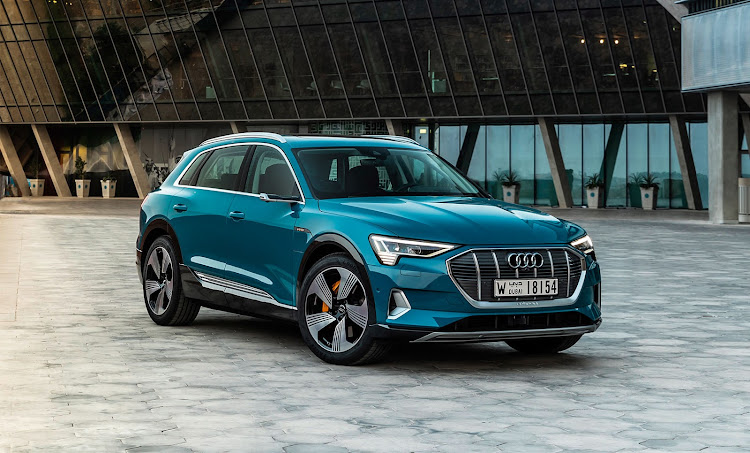 Like most EVs, it accelerates superbly with barely a sound. The big tech news is that Audi SA will include virtual wing mirrors as standard: small cameras mounted on the outside of the doors supply a wide image to small screens on the inside of the doors. The tech is in its infancy and took some getting used to, but it reduces drag compared to traditional mirrors and helps to boost the range, which Audi claims to be 400km. Expect pricing at about R1.6-million.

BMW’s Vision I-Next will feature a unique design when it goes on sale in 2021. A style statement? Yes. Controversial? Definitely. Before that the company will launch its sporty i4. We haven’t seen a production version yet, so back to the I-Next. It will feature BMW’s Generation 5 electrification technology, which could give it a range of 700km, according to BMW research and development boss Klaus Fröhlich, although he told us that it would be offered with the option of different battery setups to reduce costs. There’ll be autonomous-driving capability for places where it is allowed and even unique interaction with the vehicle through interactive surfaces in the seats and doors. Before the i4 or the I-Next, BMW will launch its iX3 here. It’s the electric version of its X3 SUV and should appeal to those who want a familiar-looking EV. 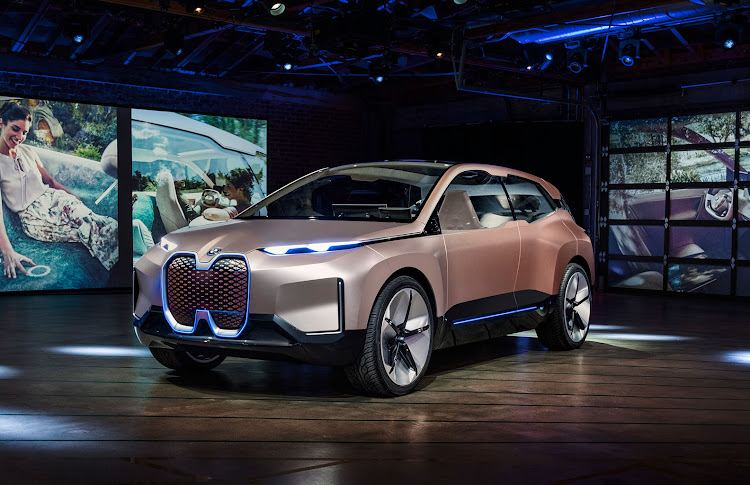 We drove the I-Pace early in 2018 and frankly it beat any other EV out there in terms of design, comfort and practicality. Jaguar SA is going all out, putting in its own chargers in 82 public locations such as highway service stations and discounting the price of electricity for owners, who will be shelling out upwards from R1 687 200 when it hits the market shortly. It’s sporty, practical, and, like the E-tron, not bad at the mild off-road stuff. Its 294kW and 696Nm gives it a claimed 0-100km/h time of 4.8 seconds together with a claimed range of 480km. This is going to be the one to beat, for now. 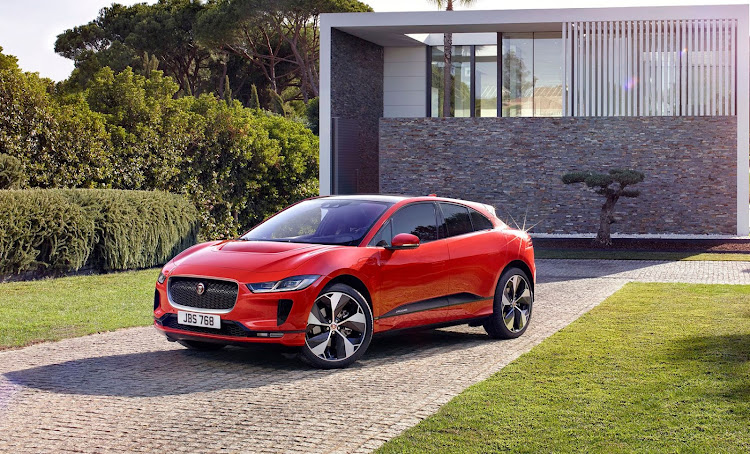 Mercedes has chosen to use the architecture of the GLC as the basis for its first all-electric SUV model, the EQC. It’s on the back foot immediately in terms of weight, but this is its first attempt and we expect more from its next model, the EQA, which will take on BMW’s i4 and Tesla’s Model 3. It’s due on our shores only in 2020, but the good news is the company is claiming a range of 450km. Merc is pushing the practicality aspect of the EQC with more boot space than the GLC and an interior that will feature the upgrades that the GLC will get in about the middle of this year. Pricing should be in the same ballpark as its rivals. 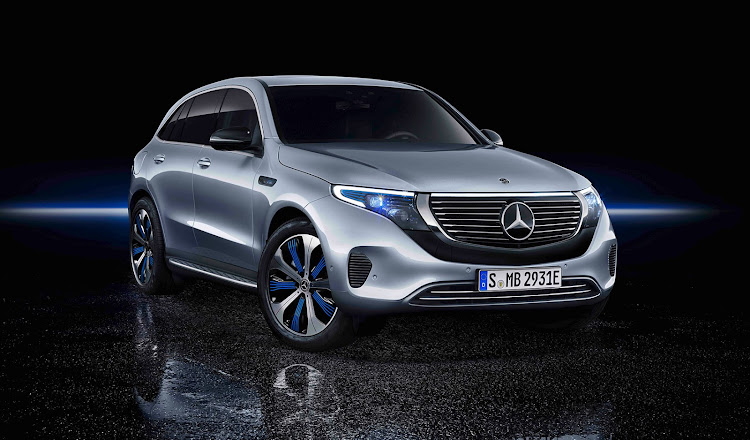 Nissan’s Leaf was the world’s biggest-selling EV in its first generation. Nissan SA is still deciding whether it will introduce the second generation, which we drove in the UK late last year. It’s a vast improvement over the first version, with more interior comfort and refinement and an edgier design. It also has a clever E-pedal, which can be both the accelerator and a brake, allowing you to use it as a brake by lifting off. This has the dual advantage, not only of slowing you to a stop, but also putting some charge back into the batteries through regeneration. There is a brake pedal too for when a taxi suddenly stops in front of you, but it also has various self-driving and driver-assistance systems through its ProPilot setup.

If money is no object and you value exclusivity, then Rimac could be your ultimate supercar. The Croatian manufacturer is coming to South Africa this year though distributor Electric Life and not only promises the incredibly fast Concept One (913kW, 1 600Nm, 0-100km/h in 2.5 seconds and a top speed of 340km/h), but also the super-exclusive Mandrolli edition that bears the signature of Nelson Mandela and is endorsed by his foundation. You may have to travel to the Geneva Motor Show in March to bid for one, though. The Concept Two is also on its way with a claimed 0-97km/h time of just 1.8 seconds, but allocation is seriously limited and you’ll be lucky to see one — let alone own one.

At the other end of the scale, Electric Life will bring the Italian Tazzari brand to South Africa this year. Expect it to be the most affordable EV in the market with prices expected to start well below half a million. You get something more basic though, a sort of cool urban runaround — exactly what many people expect EVs to be anyway. They may even be assembled locally and that will make them South Africa’s first home-produced EV, sort of. 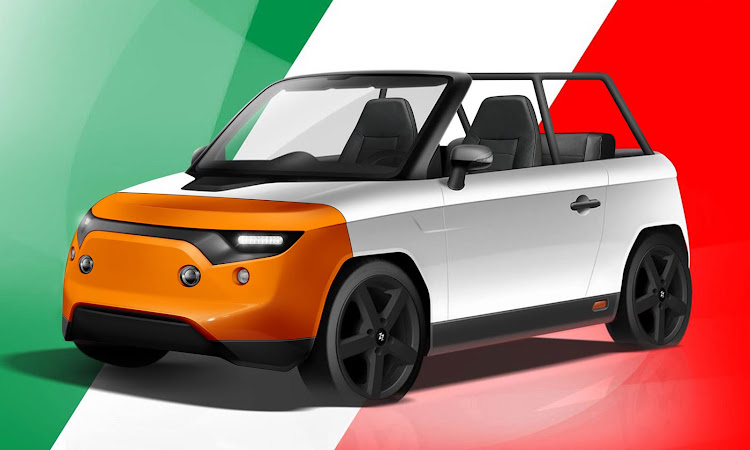 Will it, won’t it? At the end of 2018 Tesla boss Elon Musk tweeted that his company would “probably” have a presence in South Africa at the end of 2019. He had tweeted in 2016 that Tesla would be here in 2018, so we’re not getting excited yet. Before the company sells any cars in South Africa, it will want to put in its own charging infrastructure and some of our sources say that’s unlikely until 2022. We expect it to push the Model 3 as its entry-level here, but even then, prices will probably be well over a million as a start.

We are extremely interested in the Porsche Taycan, which is likely to be in South Africa in 2020 and hopefully, the gorgeous Audi E-tron GT — after the arrival of the E-tron Sportback. The Mini-E will finally arrive too, 10 years after we drove the prototype. We hope Honda brings in the Urban EV, and the same goes for the Ford Mustang Mach 1, which will ditch the traditional muscle car sound in favour of an electric motor. However, it’s unlikely Volvo SA will launch its Polestar brand here soon. The same goes for Volkswagen’s ID range.

Wanted drove the all-electric Jaguar I-Pace, and it is a game changer
Cars, boats & planes
4 years ago

The automotive industry's battery electric vehicle trend does not show signs of slowing down. How will the Mercedes EQC charge up?
Cars, boats & planes
3 years ago