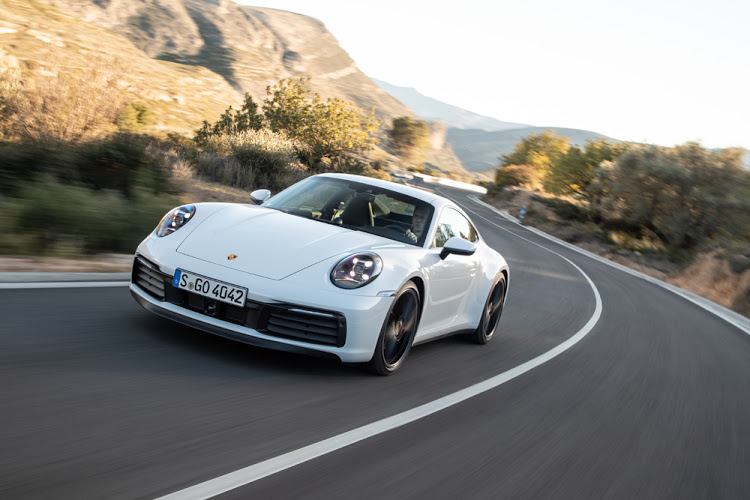 It's a beautifully balanced car particularly on a roller coaster of a mountain road.
Image: Supplied / Business Day

Valencia, Spain — Reinventing a Porsche 911 must be one of the trickiest balancing acts in the automotive world, as the car must embrace progress and move with the times, but without straying too far from the iconic template as it risks alienating its numerous fans.

Or, as August Achleitner, vice-president of the 911 and 718 product lines says: tradition must meet state-of-the-art.

The latest 911, internally designated the —“992”, metaphorically juggles eight balls while walking a tightrope as it cruises into 2019 as still the benchmark car in its class. The Carrera coupe version — available at launch in rear-wheel drive S and all-wheel drive 4S models — is better than before at melding the divergent concepts of civilised commuter and pulse-racing sports car.

Some of the best new cars are headed here in 2019
Cars, boats & planes
3 years ago

It is that perfect everyman’s sports car with a wide set of talents, and those talents have been further extended at both ends of the comfort and sports scale.

The eighth generation of this rear-engined icon that originally sprung from the loins of a VW Beetle is almost boring in its ability to be a cultured and smooth-riding car in the hurly-burly of traffic jams, where most driving time is spent. It cruises over unkempt tar with judder-free finesse, as smooth as chilled Amarula, and leaves the bone-shaking to its  edgier GT-badged brothers.

But show it an open road, preferably a winding one, and it comes alive in all kinds of adrenaline-surging ways. The twin-turbo boxer six-cylinder engine remains a 3l but is muscled up to 331kW power and 530Nm torque, up from 309kW and 500Nm.

Performance is strong, punchy and instant, virtually lag-free at sea level where I drove it at the international launch in Valencia, Spain.

The engine and eight-speed PDK auto gearbox, which has gained an extra gear and has faster shifts, are Simon and Garfunkel in their harmonious collaboration, delivering a mechanical duet so finessed that one can scarcely think of them as two separate items.

The PDK is the quickest form of Porsche, with the auto Carrera S able to hit 100km/h in 3.7 seconds (the 4S is a tenth quicker), but there will be a manual version arriving in six months for clutch-loving purists who feel more driving-fulfilled by using additional limbs. German autobahns will allow the Carrera S to stretch its legs to 308km/h and the 4S to 306.

The Carrera S is no wailing GT3 sound-wise, but the turbo engine makes a valiant attempt at sonic charm and revs to a respectable 7,500 rpm.

New technology includes a Wet Mode that makes the car almost foolproof to drive in the rain, by detecting a moist surface and adjusting the stability control to suit, and deploying the electrical rear wing for more downforce. My attempts to spin the Carrera S on a wet handling track proved fruitless no matter how roughly I shook it by the collar. 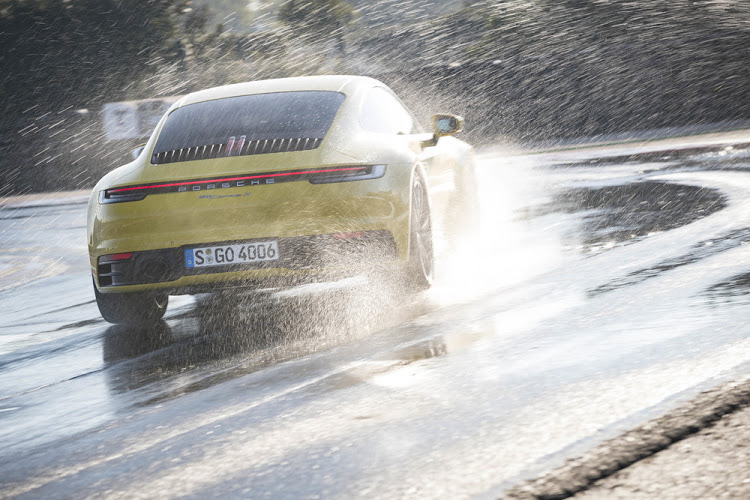 Aside from this, the new 911 has the requisite warning and brake-assist and lane-assist systems, with adaptive cruise control and, for the first time,  night vision assist with a thermal imaging camera.

The 911’s iconic coupe shape remains as recognisable as a Coke bottle or the Eiffel tower, but it’s been fine-tuned with features  such as flush door handles, wider wheel housings arching over the 20-inch front wheels and 21- inch rears, and a new light bar connecting the tail lights. The rear wheel arches are now flared to give even the basic Carrera S muscular haunches like its more powerful brethren.

Inside, the dash has been redesigned to have the more horizontal emphasis of bygone 911s. The central analogue rev counter upholds long-held Porsche tradition in the otherwise digitised cabin, while the obligatory touchscreen interface is — thankfully — complemented by physical buttons to quick-access some functions. 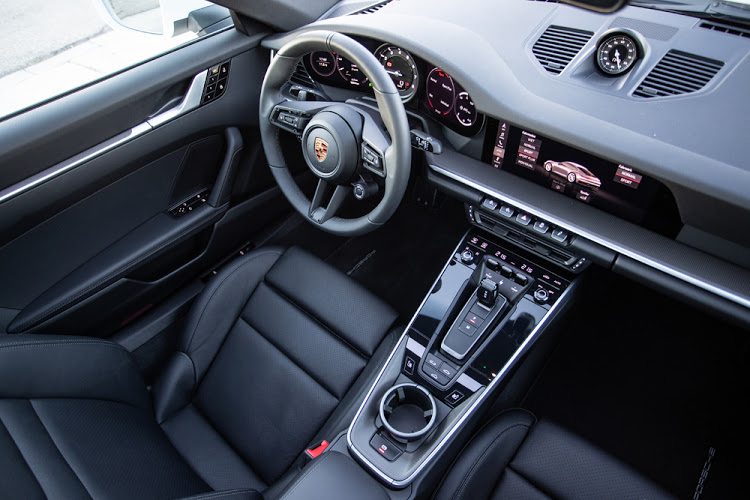 It is in direction changes that the new 911 really finds its groove. The steering is 11% more direct, the front and rear tracks are wider, and the PASM damper control has been tweaked, resulting in the new 911 lapping the Nurburgring five seconds faster than its predecessor. The optional Porsche  dynamic chassis control anti-roll system and rear-wheel steering are available to enhance handling stability.

It is the traction that lingers most in the memory from my Spanish drive, and on racetrack and mountain passes the Carrera S was as clingy as reunited sweethearts.

It’s a beautifully balanced car, particularly on a roller coaster of a mountain road, the suspension yielding on the bumps and dips but without allowing body roll or understeer to spoil the corner-hugging party. Swift and satisfying, a machine that seems to smooth out a rough driver’s mistakes, sweeping through curves with a polished grace.

It is the complete sports car, but did we expect anything different?

Underpinning it all is Porsche’s typical granite-like solidity, which has been made even more torsionally rigid. The new 911 has a lighter body with more aluminium although overall car weight has risen slightly to make room for possible future electrification, but Porsche hasn’t officially confirmed there will be a 911 hybrid model.

We take a look at which models epitomise some of the most famous automotive brands
Cars, boats & planes
3 years ago