Talking down a flood tide

Artist Yto Barrada talks about her current exhibition, the value of objects and alternative forms of learning 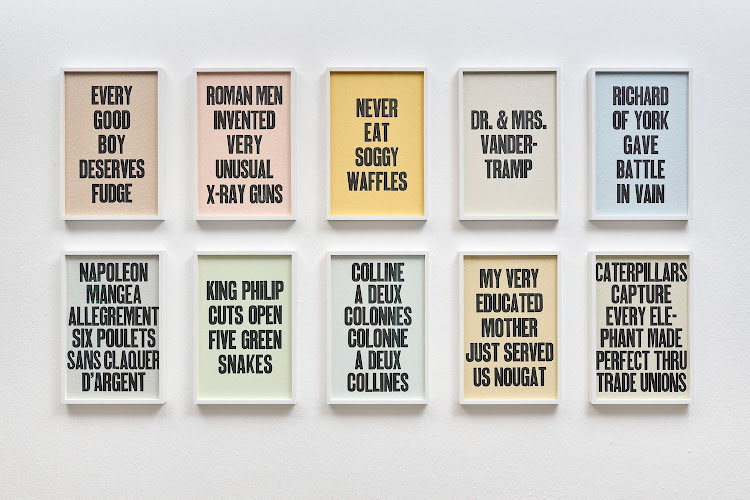 Yto Barrada is a French born Moroccan artist based between Tangier and New York. Barrada is known for her multidisciplinary approach in investigating cross-cultural phenomena and climate change, her unique approach engages with archives, institutional practices and nuances of identity. Her education in history and social sciences gives depth to her investigations of liminal spaces, while humour and reflection allows her artistic-prowess to develop through an intimacy with materials and processes. Barrada’s practice embraces photography, film, sculpture, painting, printmaking, and publishing and her installations encompass original work, found objects and archival assets.

Goodman Gallery in Rosebank, Johannesburg is presenting She Could Talk a Flood Tide Down, Barrada’s first solo exhibition in Gauteng. This exhibition coincides with her solo presentation at The Massachusetts Museum of Contemporary Art and highlights valuable sources of knowledge through spaces of play, alternative forms of learning and the imposed or welcomed isolation of fringe communities.

Within the interlinked narratives of Barrada’s wide range of work there is a deep pleasure and intimacy with agents of resistance and revolutionary narratives. Barrada has been awarded the 2011 Deutsche Bank Artist of the year and has exhibited extensively in the Tate Modern, MoMA, Centre Pompidou, Hands der Kunst, among many others as well as the 2007 and 2011 Venice Biennales.

The bold and the beautiful

Where did the name of this exhibit come from?

I have always collected Tangier memorabilia on eBay and other places for the cinema in Tangier [Cinémathèque de Tanger], so I knew there was this Tangier island in America. Tangier is a small island in Chesapeake Bay with less than 600 people. Tangier has the specificity of being a victim of climate change, but not believing in climate change. Visiting Tangier was partly a joke in the beginning because I had this worry from my gallery and curators I used to work with when I left Morocco that my involvement in the city [Tangier, Morocco] and the influence of the city had on me, being so strong, would render me without ideas.  When you’re from a city that’s exotic for others, they think it’s the only place where you could work.  It was a response that I looked for Tangier in America. 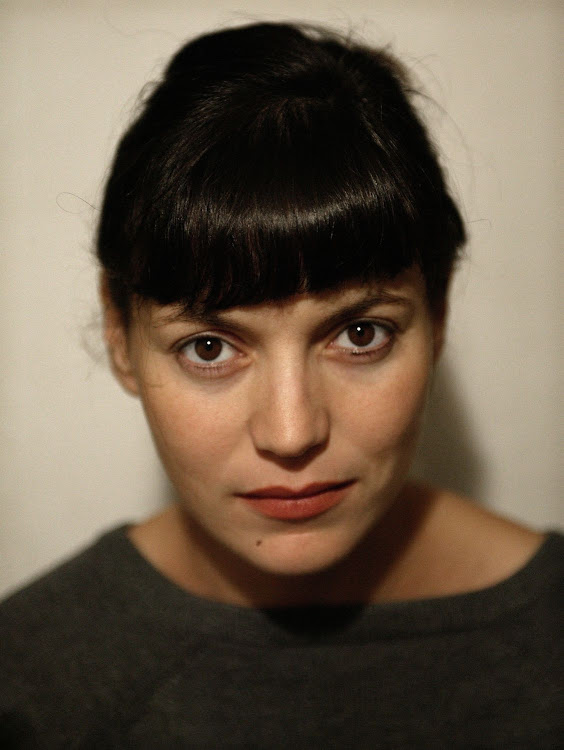 The people of the island call themselves Tangiermen, even if they’re women and you get the title of being a Tangierman only after a few generations. They have a very strong accent, an heirloom variety of British-English, spiced with the twang of the American South, rendered even more impenetrable by a local idiomatic patois. The language is full of very rich expressions that are backwards. An unattractive person “ain’t hard favoured”; while to a smelly person you would say, “Wait a bit, you’re sweet” and a women who talks, Tangiermen would say: “She could talk a flood tide down.”

You have two shows running in parallel, do they have a running theme?

It’s hard to compartmentalise when you prepare a show — so each show permeates the other, which I guess is only interesting if you see them both. I think some of the suspension and mystery that you have in some of the list of works is because they’re all also bits and pieces of puzzles, but it’s not something intentional, it comes organically.

The central piece of the Mass MOCA exhibition is also in Johannesburg, the film called Tree Identification for Beginners, which was a commission from Performa 17. I worked for two years with the Amistad archive in Tulane university, New Orleans, the papers of an organisation called Operation Crossroads Africa that is the ancestry of the Peace Corps. It’s an organisation that brought American students to young African independent nations, starting in 1958 and in 1964 they started doing the reverse flow — led by an African-American pastor named James Robinson, bringing Africans to America. In the summer of 1966 was a trip organised for francophone students from Paris. My mother was a sociology student, a socialist, a hard-core 22-year-old militant and in the year after the leader of the Left in Morocco was assassinated in Paris. My mom was very active in civil rights movement and was invited on this trip and I always had the stories told by my mother to our family, all our life, as a legendary, and oft repeated, coming of age where she organised strikes and she almost drowned.

She met the Black Panthers, Stokely Carmichael, and so on, she didn’t do any shopping, she wasn’t fascinated by consumer society, and she resisted except for jazz records. In the archive, I found the state department papers on my mom because the reverse flow was financed by the state department, not the whole organisation. The trip was obviously to teach better governance to young African leaders and called Young African Leaders Summer 66. And the reports on my mom first confirmed that everything she said that she did was true and worse, and second, gave clarity to how they saw her agency as a woman, as an African, as a socialist.

I tell this story with different voices [in the film], the story has also many different artists. I use toys as a way to tell that story.

You focus on alternative forms of learning, how do you approach these narratives?

I adopt stories — there’s the Tangier island perception, which creates and has consequences. Through the things that I have collected, I look into these questions, the audience may find expressions, constructions, and beliefs. In the case of Tangier island; the vocabulary used, the uniqueness of the language protects their insularity in a way and perpetuates something that’s disappearing which allows them to hang on to their precious uniqueness in the wake of being completely gone. Then you have the story of Tangier, my Tangier, that was isolated for many different reasons, for political reasons, for more than 30 years, because it’s a land of rebellion. That distance and isolation creates an identity and I was interested in looking into that and what it can produce and the potential of these narratives.

So I lean on these stories, even my mom’s, and then I go deeper. I can sidestep, I can make links with other stories, create an arachnidan webbing — in some places it’s loose at some places it’s tight, but that’s part of the environment that I like to evolve in and have people get trapped in with me for a little. 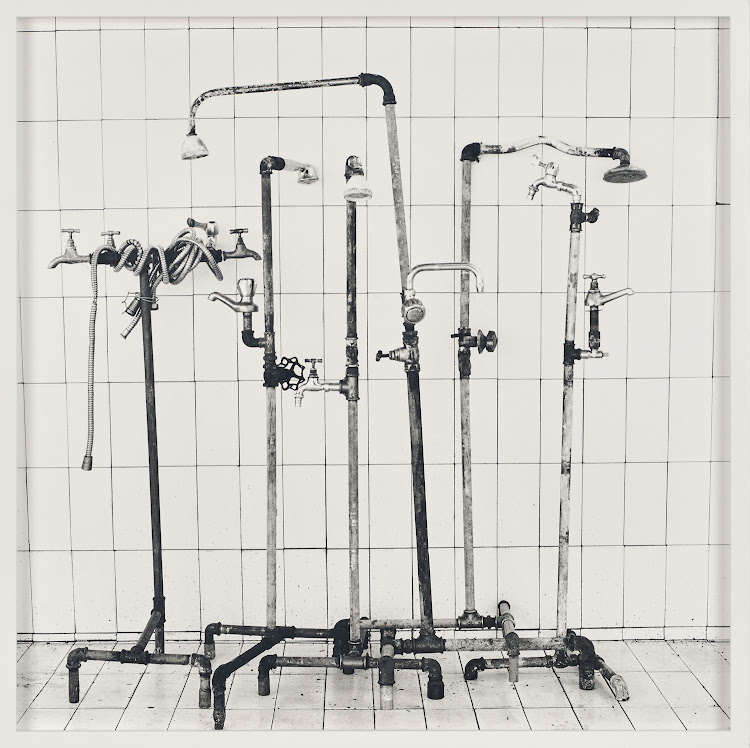 How do you attribute value your practice?

There’s a lot of value in the time spent in making things. As a dyer that makes colours, most of the natural dyes and techniques just disappeared because they are labour intensive, there are so many steps. The beauty is in taking the time and in resisting the quick delivery of consumer products — and doing exactly the opposite, working on something that doesn’t exist any more.

There’s a sculpture with sample pieces of dyes in the show in Mass MOCA, they’re trapped in plexi-cubes. I trapped very small samples of colour on them, the bigger samples I put in Goodman Gallery. They take forever to make and adjust, and the nuances are very slight; 5%, 10%, 12% ... The value is in doing something that is labour intensive and, and learning at the same time, using this progressive educational system, which is learning by doing, I’ve been trained as a dyer, but I am teaching myself to explore the way to make colour and materials with references in the history of art, but also in the history of education, when the tools become the product. These tools were meant to be secret, like a dyer’s sampler, it’s not something to share; it’s your reference book.

I’ll end up giving up my whole sampler, trapped in a plexi/acrylic cubes. So I have to redo it, I have to start from scratch, but I know that in starting again, it’ll be a different experience in a different story, and what’s quite unique with dying. The art of dying is just a beautiful thing to say, the metaphor tickles a double meaning that is not lost on me, but there’s also the fact that every time it’s unique, depending on what are you use, how the plants were exposed to the sun, when the plants are extracted — it’s never ever the same. That’s also why the art disappeared. It’s because it’s very difficult to reproduce.

She Could Talk a Flood Tide Down

The African continent is set to be known for both the quality and quantity of its art competitions through the Emerging Painting Invitational ...
Art & Design
3 months ago

Ajani Husbands discusses the African heritage — and the women — that inspired his 1966: Artisanal Rum Punch
Art & Design
3 months ago
Next Article
© Wanted 2022 - If you would like to reproduce this article please email us.