Ajani Husbands discusses the African heritage — and the women — that inspired his 1966: Artisanal Rum Punch 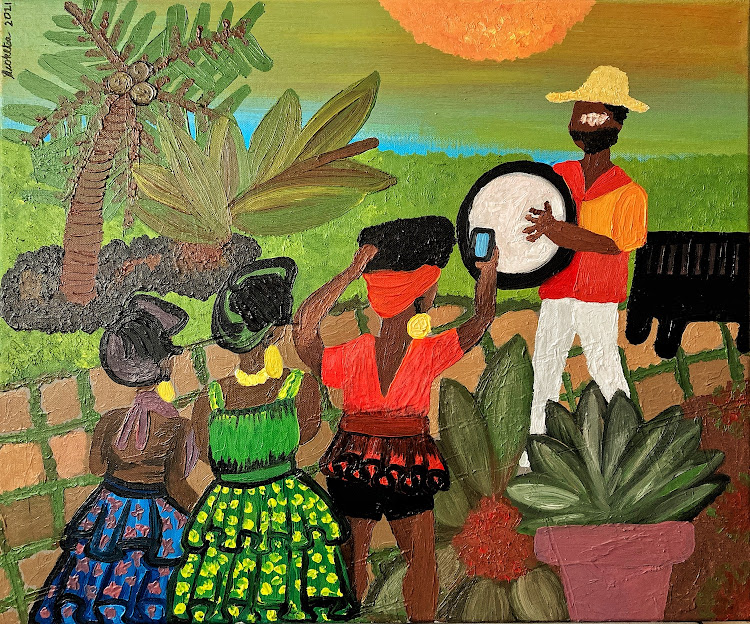 The painting created by Lesego Seoketsa for the Kickstarter campaign.
Image: Supplied

Inspired by a diasporic connection between Africa and the Caribbean, 1966: Artisanal Rum Punch takes its name from the year Barbados, Lesotho and Botswana gained independence from Britain. There are many and deep connections between continent and the Caribbean: shared histories, optimistic futures, a love of cricket, and now a pleasantly smooth tipple distilled in SA.

Inspired by his Bajan heritage, lawyer, former diplomat and rum connoisseur Ajani Husbands created 1966 using his mother’s recipe. Husbands noticed that rum lacked the global prestige it enjoys in the Caribbean and saw an opportunity to spotlight and pay homage to the Black diaspora and the origins of rum. In support of a growing local rum industry, he collaborated with Best Spirits of Africa to creates a Caribbean-style cocktail with a citrus infusion, hints of nutmeg, and spices that remind you of the sun-drenched island from where rum originates.

What are some of your fondest memories of rum, and how has your heritage influenced your journey?

My family is from Barbados, so rum has always been there. Even before I knew much about rum, I knew I could visit any family member and find a bottle of Mount Gay somewhere in the cabinet. One of my fondest memories is visiting some family members in Barbados and just watching my aunts and uncles on the porch, sipping rum and discussing the politics of the day. That scene always encapsulates for me how integral rum is to the Caribbean culture. That’s what I want to introduce to the rest of the world; a spirit that seamlessly blends into the daily movements of one’s life.

There’s much more to the Cape than wine. Franschhoek is a must-visit destination for art lovers too
Art & Design
4 months ago

How did you end up in the rum-making business, and what inspired you to create 1966: Artisanal Rum Punch?

Really, I can thank the women in my life for that. Back when I was a diplomat, my mother came to visit while I was posted to Haiti. I invited some friends over for dinner and she made rum punch for everyone. They raved about it, and since then I worked to reproduce and remix my mother’s recipe. I’d go on road trips to the southern coast of Haiti with close friends, and I’d make bottles of rum punch to take with us.

When it comes to actually getting into the business of it, my wife suggested I try and sell it. She saw how much people were asking for it and said, ‘there’s probably a market here’. She made the first labels, I started advertising it to friends, and we went from there.

Why did you decide to make a rum punch as opposed to a neat spirit?

A lot of places in the world are not that familiar with rum, and view it as just something you drown with coke or take in shots. I wanted to introduce rum the way that I’m familiar with it, as a sophisticated spirit with a complex flavour profile. Introducing people to 1966: Artisanal Rum Punch is the perfect nexus to achieve this.

You don’t have to overthink what to do with it. You just pour it over ice and enjoy. Because of the way a Bajan-style rum punch is made, you’re getting the best of all worlds in terms of how the rum interacts with the other ingredients. Everything plays off of each other to maximise the flavour. 1966 opens the door and allows you to begin exploring the world of rums. 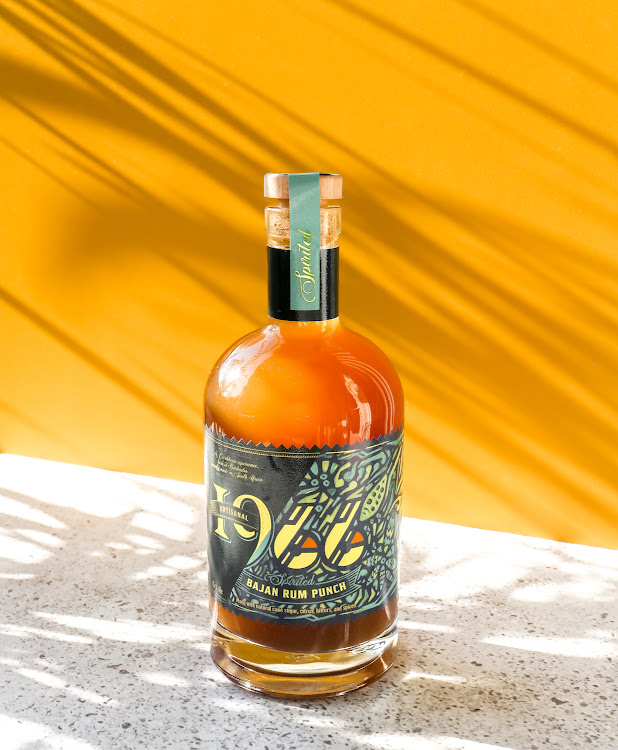 Talk to us a bit about naming the drink in celebration of the year 1966, when several countries gained independence?

I wanted to come up with a name that signified the fact that rum is a uniquely Black spirit. When I say that, I mean that we wouldn’t have rum as we know it today without the involvement of the Black Diaspora. Enslaved Africans not only worked the sugar-cane plantations and rum distilleries, but they figured out that molasses could be fermented into rum. The slave trade in the Caribbean was largely built around expanding the sugar-cane and rum industries. So I wanted to acknowledge Black people but did not want to tie the brand’s identity to slavery.

I chose 1966 because it’s the year of Barbados’ independence. Meanwhile, across the Atlantic, it’s the same year of independence for Botswana and Lesotho, so I knew we could build on the diasporic concept of liberation. Equally, I wanted to make sure that this is a brand that evokes celebration. Rum has always been integral to celebratory occasions in the Caribbean and I wanted to make sure that same concept shines through in the brand.

If you look closely at the label, you see that we invoke images and patterns of carnival, which is a central point of celebration in the Caribbean. The colours are very distinct; we wanted the gold to be prominent because of Africa’s richness. The shape of the label (the triangle pattern along the edges) is reminiscent of a stamp, as a homage to the constant communication among the Black Diaspora.

Tell us about your Kickstarter campaign and your collaboration with multi-disciplinary SA artist Lesego Seoketsa. One of her paintings, Umcimbi, was created specifically for this venture and also highlights this theme of celebration. Is that central to the 1966 experience?

Crowdfunding is really big in the US right now. It’s an excellent way to raise money for your venture without giving up equity, and it lets you connect more directly and honestly with the people supporting your vision. I spent a couple of months putting the campaign together before launching it. Part of that time was spent looking for ways to use the Kickstarter as an opportunity to further our involvement with the SA art scene.

Lesego has a uniquely powerful way of expressing gender, culture, and identity. If her paintings were novels I’d read each one. We worked out a partnership where we commissioned up to seven paintings as rewards for the highest donor tier on our Kickstarter campaign, and people bought them up fast. I’d love to work with her again on future projects. We’re always interested in collaborating with artists.

What are the most essential characteristics that define good rum from your perspective?

If you’re looking for a good sipping rum, something you can have neat or over ice, you want a rum that’s as natural as possible. Usually, you want something that’s been naturally aged for a few years (though Cuba makes a really good white rum, which is unaged). For me, a quality rum is going to give you more than just that alcohol-tinged “burn” on your tongue that’s typical of lower-quality products. I usually avoid spiced or flavoured rums, or those that have an overbearing taste of vanilla, and stick to the ones with undertones of spices, fruit, and earthiness.

How can we best enjoy 1966 and does it have food pairings?

1966: Artisanal Rum Punch is best enjoyed chilled, served over ice. That’s it. Easy to serve. Easy to enjoy. And it goes perfectly with just about any savoury food. I love making stewed chicken and coconut rice with red beans as my go-to meal with 1966. You also can’t go wrong with sticky wings or anything off the braai.

Do you have a ritual when enjoying rum? Who are you sharing a glass with and what is on your playlist at that moment?

I like to turn on some good soca music, close my eyes, and savour the rum’s flavour for that first sip. As for who I’m drinking with, definitely my wife. She knows we only keep quality rum in the house. And we gotta invite some company to the house, so I’m gonna say two people: Jidenna and Issa Rae. They both have the 1966 vibe.

On my playlist currently: I’ve got a mix of artists going right now. There’s always some Machel Montano playing, along with Jidenna and Megan Thee Stallion. For a more relaxed mood, my go-to is Robert Glasper and D Smoke.

Art in February: Five art events not to miss

The brainchild of Art Joburg’s Mandla Sibeko, the collective has significantly contributed to the broadening of the art economy in SA
Art & Design
4 months ago
Next Article
© Wanted 2022 - If you would like to reproduce this article please email us.