We speak to seven designers and innovative thinkers who are moulding a contemporary narrative for how local skills, materials, and cultural knowledge can be contextualised to create products and spaces that are true to their origin 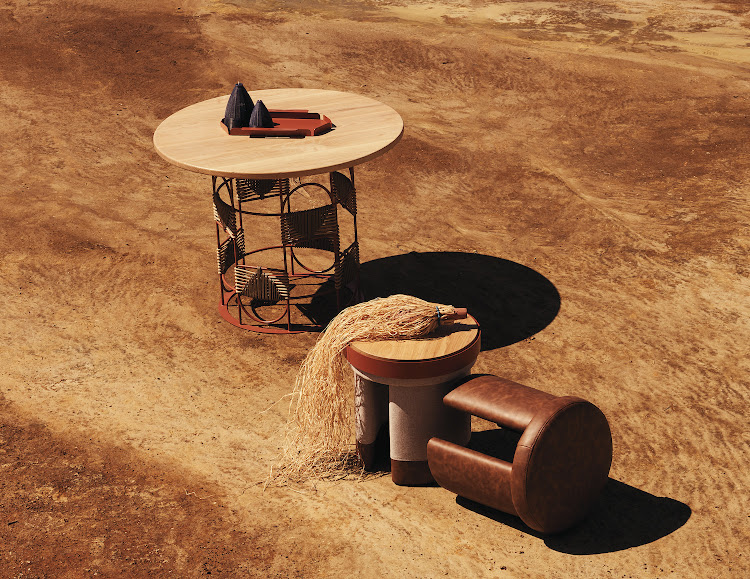 Her furniture and homeware collections have referenced the diverse people and places of the continent: from the graphic shapes and colours of the Ndebele culture and the hairstyles of Ethiopia’s Oromo people, to Queen Nenzima, who ruled over the Mangbetu tribe of Congo. These local idiosyncrasies have provided inspiration for servers, ottomans, room dividers, and more. Homecoming, the latest collection presented by TheUrbanative in collaboration with other South African designers and makers, also takes its cue from African communities, with forms inspired by vernacular architecture as far afield Africaas Mali and Cameroon. Each piece is named in an indigenous tongue, with explanatory notes in English to relay its significance. “Some names are from languages that we didn’t even know existed,” says Vackier, pointing to the incessant cultural investigation that exists in her collaborative work.“

In the future, I’d love TheUrbanative to be involved in more aspects than just furniture and interiors,” she says, “as a vessel that tells stories through things such as fashion, architecture, and material-making.” 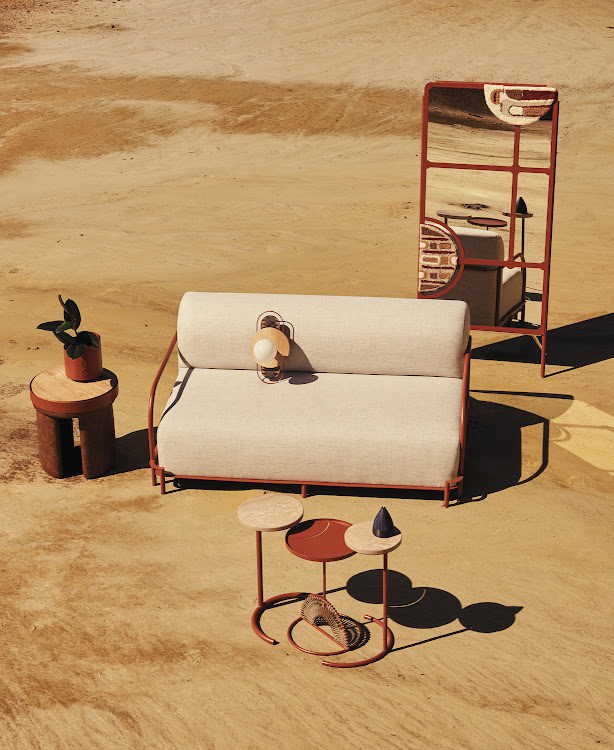 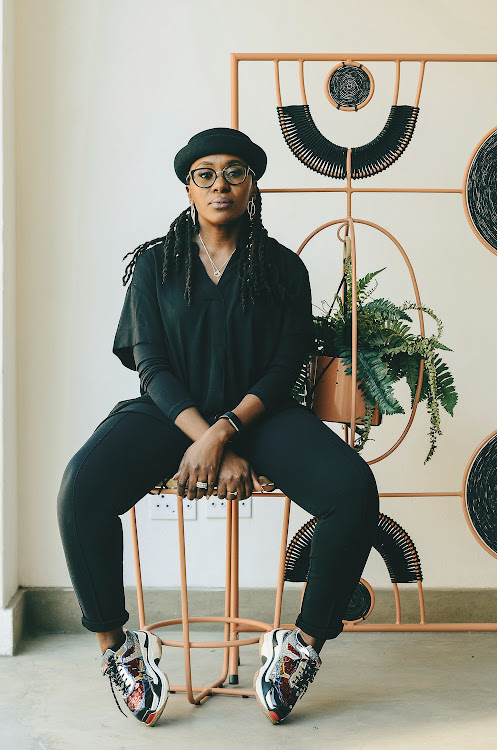 Eclectic and unusual, the wooden furniture produced by Somian Design is made in collaboration with local craftsmen in Abidjan and Grand-Bassam, where designer Jean Servais Somian’s atelier is based. Having gained his design, woodworking and cabinet-making education and experience between his home country of Côte d’Ivoire, Switzerland, and France, Somian’s oeuvre bears witness to both African and European influences.

It is his homeland, however, that provides the biggest inspiration. Somian uses locally sourced or recycled materials “to facilitate the livelihood of the local community”, creating furniture from what is available around him. The trunks of the country’s abundant palm trees — often cut down to make way for building developments — are turned into functional statement pieces such as consoles, stools, and bookshelf totems, which Somian calls “functional objects at the crossroad of sculpture and design”. Ebony and amazaque wood also feature, sometimes encrusted with pieces of mirror, embellished with wooden beads or ox bone, or decorated in bright pops of paint.

A studio signature is the use of old Ivorian canoes, abandoned on the coast by fishermen, which Somian transforms into sofas, upholstering their interiors and giving them legs to stand as striking, contemporary forms. 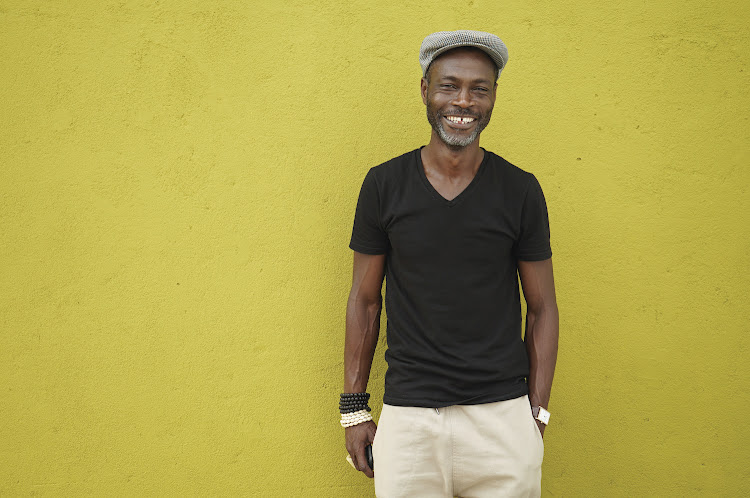 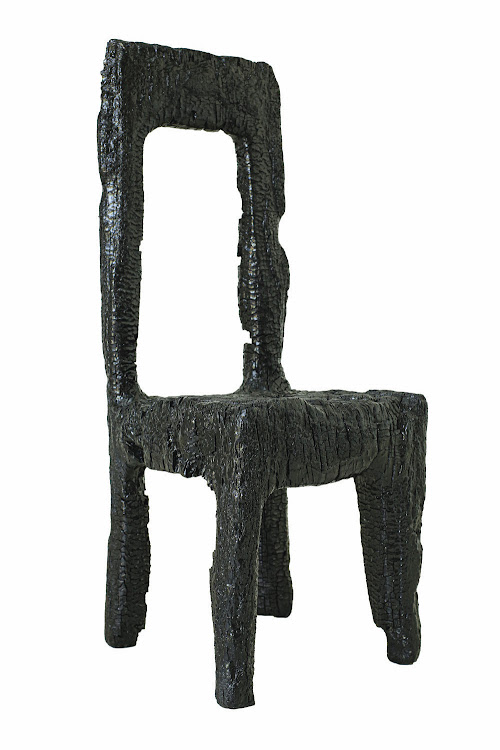 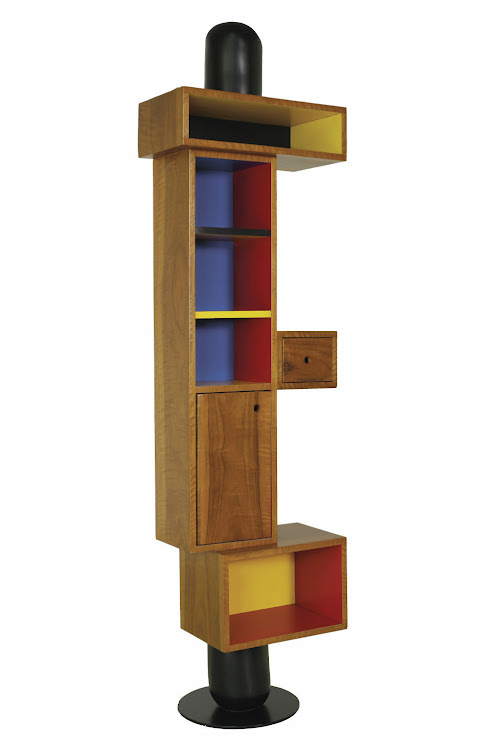 In West Africa’s Burkina Faso, oil barrels are a big thing. They’re used to carry the petrol that fuels the millions of motorbikes cruising through the congested streets of the landlocked country. And then they are reused to store grains and other food products. This makes them a popular, recyclable, secondhand commodity.

For furniture designer Hamed Bransonka-Bra Ouattara, they’re a source of inspiration and creativity. He cuts, bends, shapes, assembles, and welds these barrels into new iterations, transforming them into one-off tables, stools, cabinets, and servers fashioned with hinges and handles made in-house due to the lack of availability of such objects in the country.

The studio’s latest collectable pieces, Tombouctou and Djenné, are inspired both by Sahelian architecture and by Sundiata Keita, founder of the Mali Empire, and are the self-taught designer’s homage to ancient West-African civilisations, a subject of deep interest.

Ouattara’s studio in Ouagadougou has become a training ground for the next generation of artisans. “I want to show the youth the possibilities that exist here in Burkina Faso,” he says. “With everything that’s happening in the world at the moment, it is important that we create a strong local economy.” 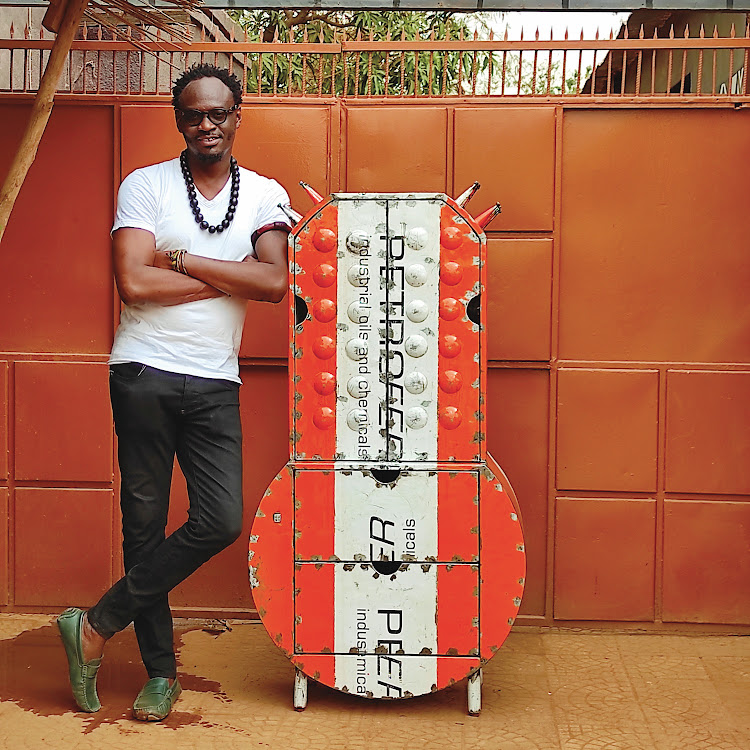 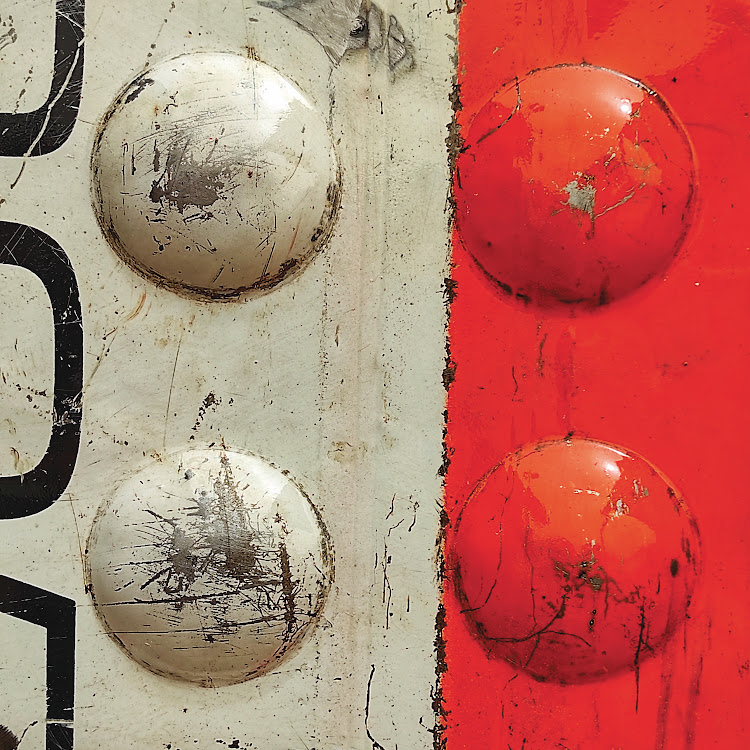 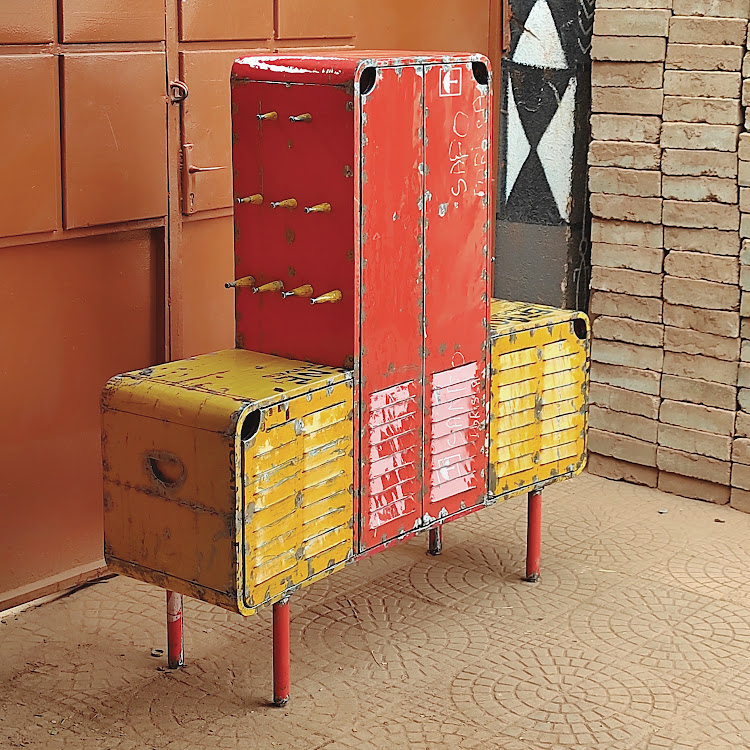 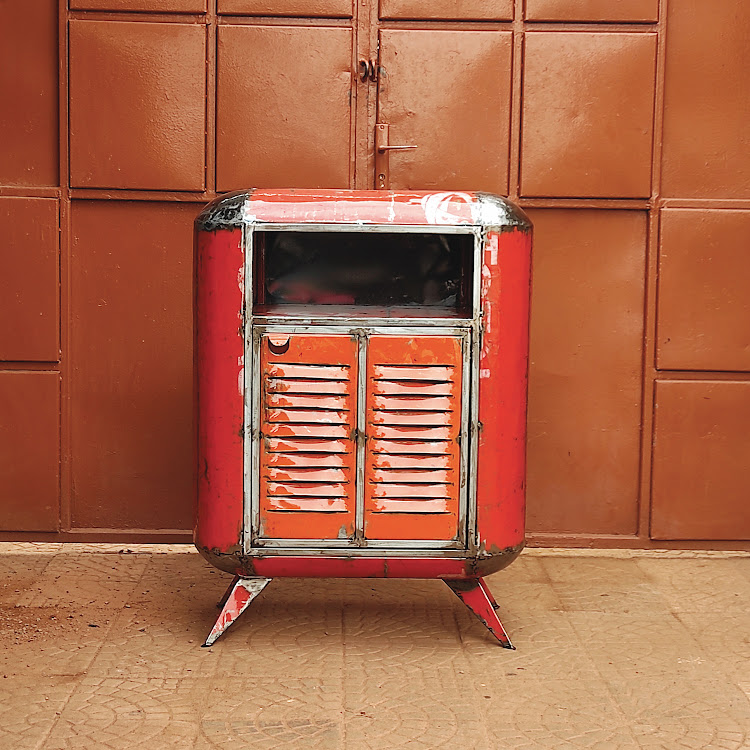 “In Niger, or anywhere else in Africa, the sky is the limit,” says Mariam Kamara, excited about the prospects for architecture on the continent. Kamara is founder and principal architect at Atelier Masõmĩ, a studio guided by the belief that architecture should provide people with a better quality of life. She and her team have been instrumental in presenting Niger with architecture that is sensitive to culture and context.

Niamey 2000, for example, is a culturally appropriate modern housing solution in the growing capital of Niamey, offering privacy to its Muslim dwellers, while Artisans Valley is envisioned to turn an abandoned part of the city into a safe, bustling public promenade leading to the National Museum.

Sustainability is a core value for Atelier Masõmĩ, which champions the use of local materials, knowledge, and skills and employs masons, weavers, and metalworkers from the region to help with the development of buildings such as the Hikma Religious and Secular Complex in Dandaji, where a derelict mosque was turned into a library with a new mosque built alongside it.

“We have unlimited potential,” says Kamara of the current state of the built environment in Africa. “There is still so much to discover. Now is the time for us as African designers to claim our territory and uncover a new way forward.” 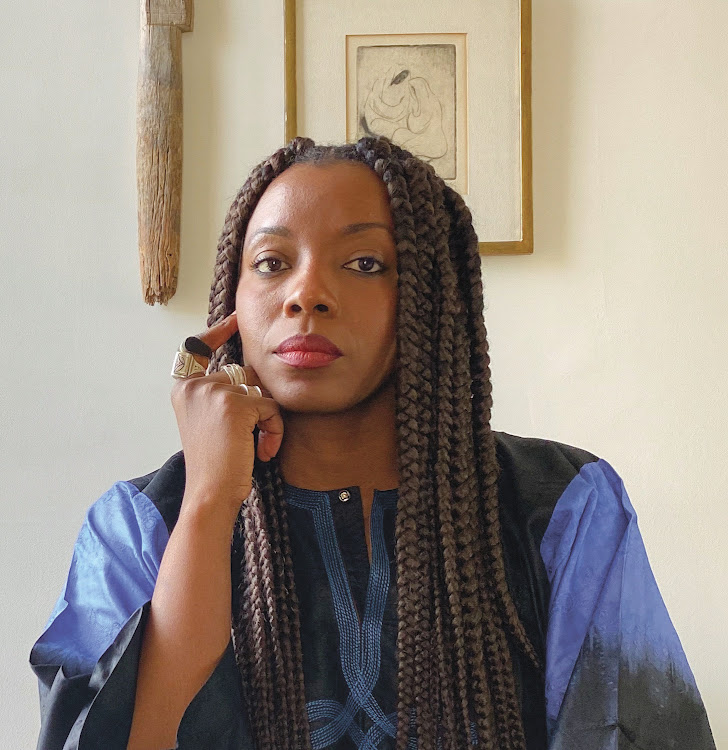 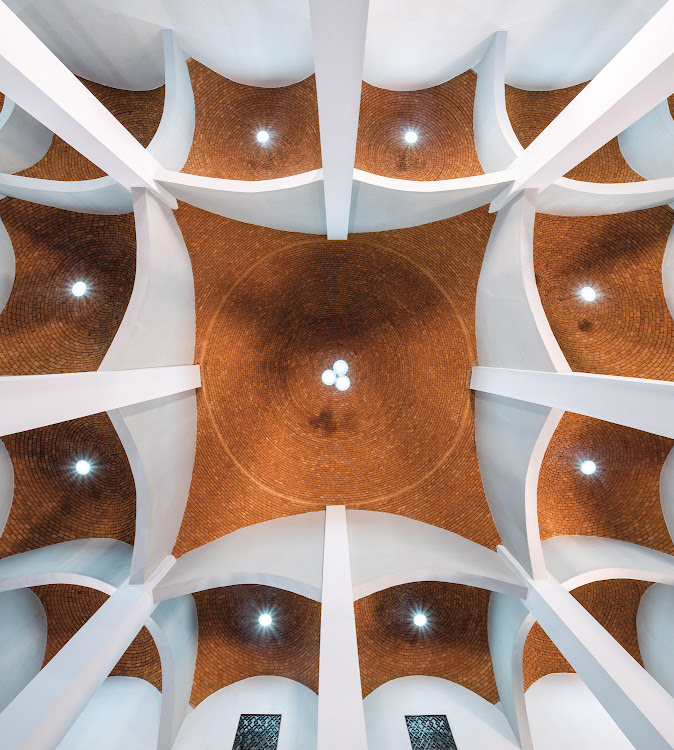 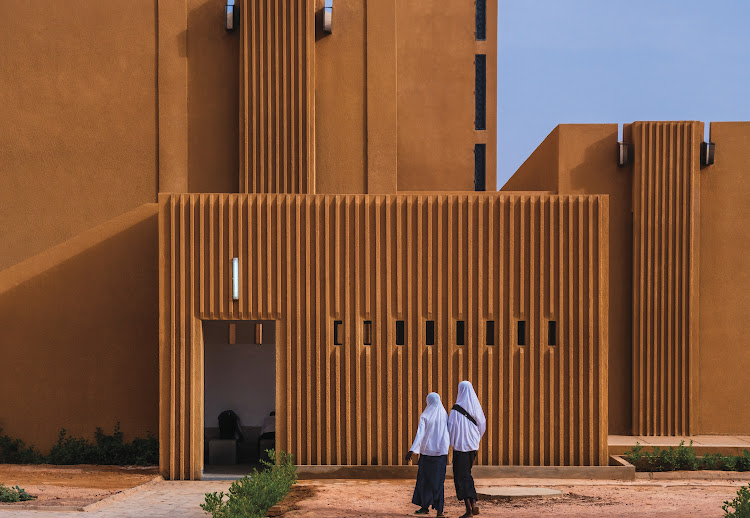 Working from Lagos, Nifemi Marcus-Bello recently gained inter-national attention by winning Life-Enhancer of the Year in the Wallpaper* Design Awards 2021. This for his design of a portable, modular handwashing station that can be wheeled around and used quickly by healthcare workers as they move between patients.

After completing a masters in product design at the University of Leeds, and working in England for a few years, Marcus-Bello returned to his hometown “to figure out a way to make design work here”. His inclination to go beyond preconceived notions of structure and form has had him rework the concept of a three-legged stool with sheet metal, a material readily available in Nigeria because of its use as a covering for the country’s countless power generators. Such is the innovation that comes of Marcus-Bello’s way of adapting to what is around him, be it materials, skills or hurdles.

“When I start designing a product, I try to consider everybody — not just the user,” he says. “I design for the manufacturer, the assembly line… for anyone who’s going to touch the product and bring it to life. And I have to be considerate of constraints, like the lack of electricity, or that transportation might be an issue. It’s important to map out the ecosystem before diving in. That’s the only way design can work in Africa.” 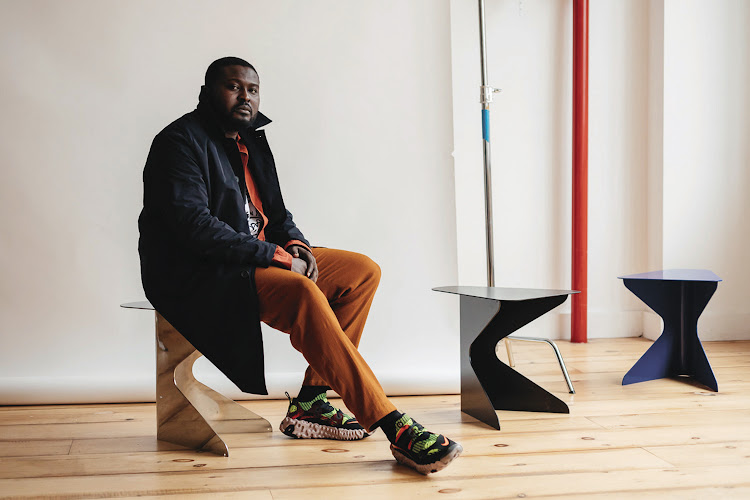 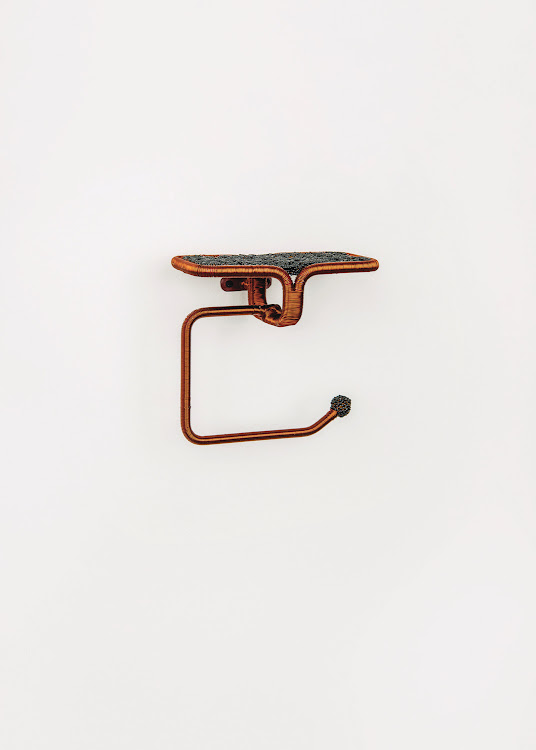 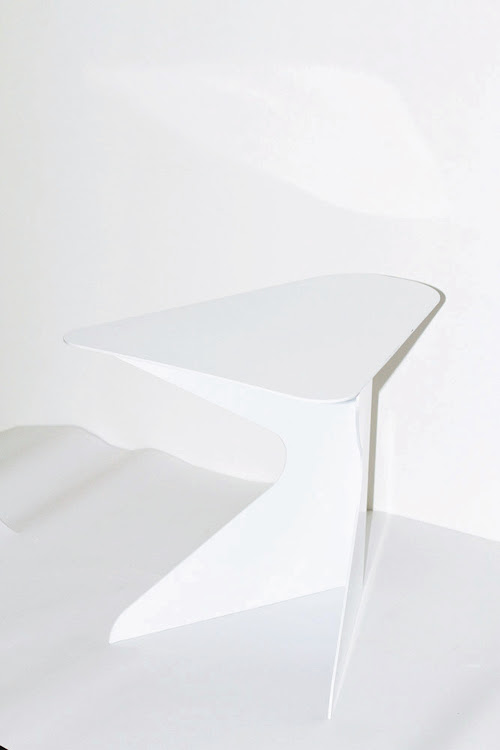 When Nkuli Nhleko returned to her hometown of Johannesburg armed with a masters in interior design from PRATT Institute in New York, she was despondent to see South Africans still abiding by the outdated global view of what typifies African interiors. “We are so much more than safari lodges,” she insists.

In 2018, Nhleko set up Imbewu, meaning “seed” in the Nguni languages, exploring African-contemporary style in interior design. She hopes that by refining this look within South Africa’s borders, she’ll be able to take this to the rest of the continent. “And then we’ll be the ones to tell the rest of the world what a modern, Afro-contemporary aesthetic is. It’s our turn to define it for ourselves and spearhead what it looks like, because for too long people outside of Africa have been telling us what African is.”

Focused predominantly on hospitality and workplace interiors, Imbewu recently completed the first InterContinental voco hotel in Africa, The Bank in Rosebank, with an Art-Deco twist to African chic. This after working with Daffonchio Architects on Legaro Properties’ headquarters in Johannesburg, which was awarded a six-star GBCSA Green Star rating for, besides other aspects, only making use of interior elements produced in South Africa. “The more we can source locally,” Nhleko says, “the better for creating a truly African aesthetic.” 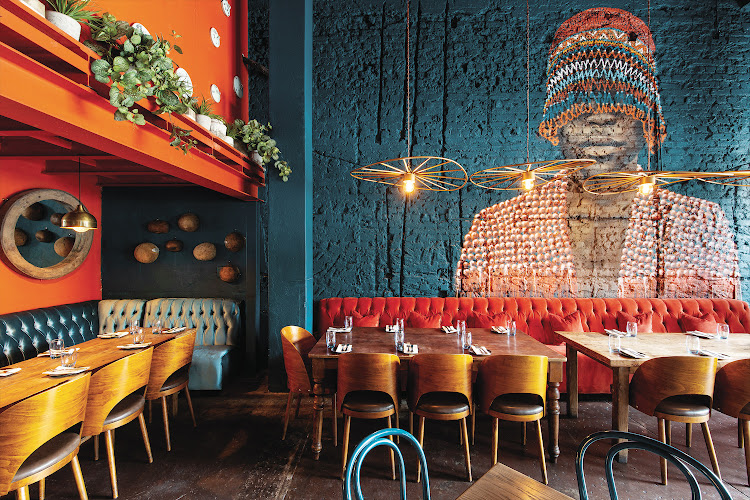 The interior of Social in Parkwood.
Image: Supplied 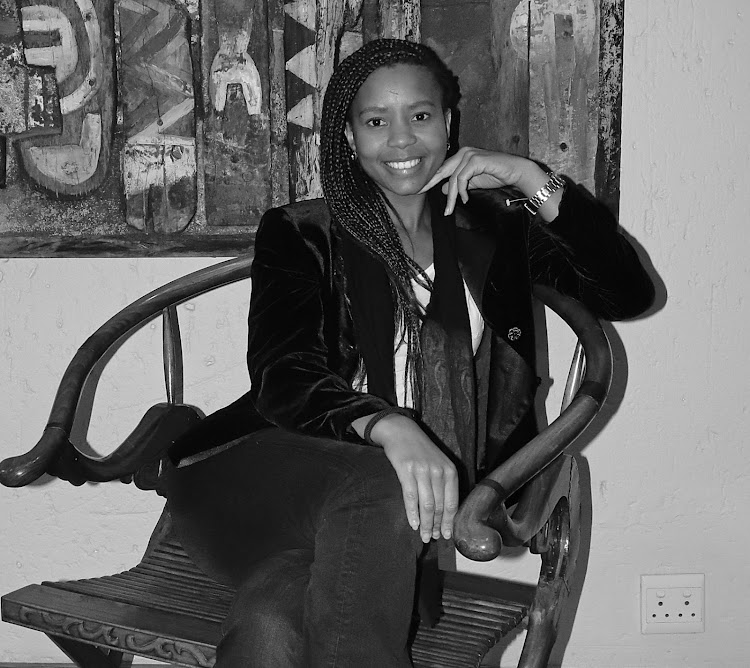 Brothers Soufiane and Ismael Zarib are proudly carrying the Zarib name in the 21st century. They are the third generation in a line of Zarib men working with Moroccan rugs, and the first to create their own designs after years spent learning from their father and grandfather, who traded in rugs for many years. Their version of the traditional rug is, however, somewhat unexpected.

Working under the brand name Soufiane Zarib (their grandfather was also Soufiane), the Marrakech siblings have revitalised the local rug-making industry, injecting it with modern colours and abstract patterns. They work with nearly 500 women weavers around the country, ensuring the quality for which Moroccan rugs have always been revered remains unchanged, and their pieces are woven from 100% wool, except for the flat weaves that include cotton. Each design, produced in a different region of the country, carries the signature weaving techniques of that particular area. 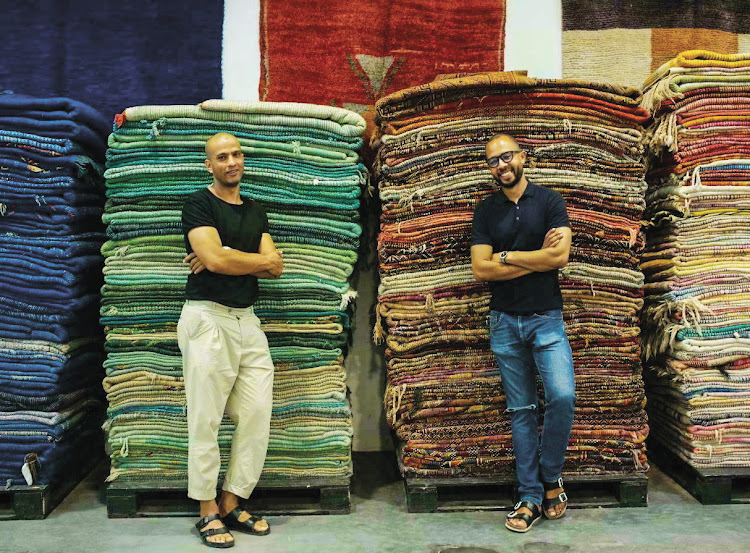 “People are tired of seeing the same Moroccan-rug designs,” says Ismail. “Just like fashion, they want a carpet that nobody else has.” The distinct designs are inspired both by the vintage rugs with which the brothers grew up and the work of fine artists, and come in limited numbers of around five editions. 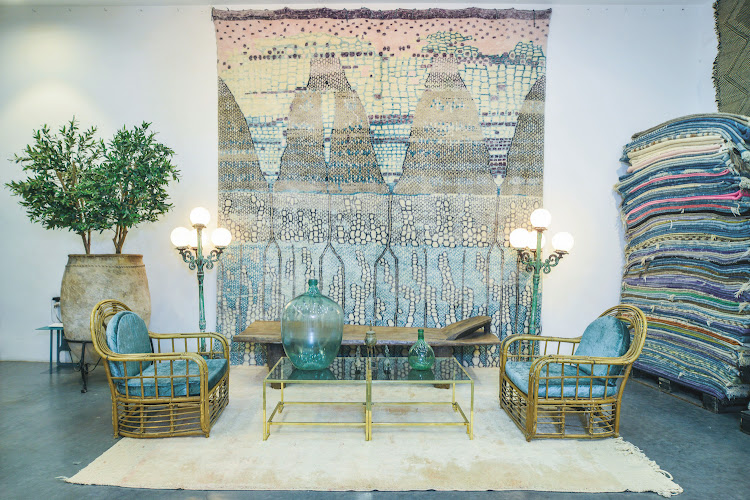 The Mighty Fine hotel is for the “dream-chasers, risk-takers, and culture-makers” of Joburg
Travel
1 year ago