Monk’s work is a great example of photography as a medium of immediacy and documentation, and of its value in preserving instances of popular cultural history 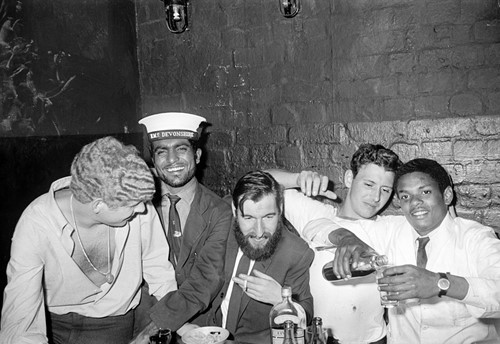 Latitudes Online art portal is presenting an unusual online event and sale this week. A talk on the life and work of famed underground photographer Billy Monk is followed by an exclusive online sale of 10 works from his carefully preserved and catalogued archive.

Monk was a self-taught photographer living in Cape Town in the 1960s. His unusual employment at the time — he was a bouncer at the dockside underground nightclub The Catacombs — enabled him to make a bit extra on the side by photographing the denizens of the club and selling them the pics, a very particular kind of “vernacular” or popular photography.

The apartheid laws at the time, the heyday of the white supremacist Nationalist government, were absolute about interracial mixing and socialising. But subcultures and nightlife always find a way, and different races, classes and sexual orientations would mingle freely in the dockside clubs in Cape Town. Foreign sailors were joined by sex workers, jazz musos, artists and local suburban teens having a flirt with the underground.

Digital art is blowing up, thanks to NFTs and cryptocurrency. But can the traditional art market handle this level of disruption?
Art & Design
1 year ago

Monk was given a front-row seat. At the time most of his images were photographed, the medium was just beginning to be used in SA as, on one hand, an established field for commercial, fashion and advertising purposes, and on the other, an agitprop anti-apartheid weapon. In its latter guise, contemporary figures such as Ernest Cole, David Goldblatt and George Hallett were all beginning to focus on image making that straddled politically aware documentary and fine-art portraiture and landscape.

Monk’s work, largely, stands apart from both of these trajectories for the photographic medium. His off-the-cuff images of club-goers include many with a more considered eye for composition and subject. As legend has it, when District Six was subject to forced removals from 1968, the inner-city nightlife shifted, and Monk drifted into a career as a diamond diver.

He left behind, however, a collection of catalogued negatives, indicating his serious intentions for the photographs and perhaps his work with a camera. These were rediscovered by the photographer who had taken over his studio, Jac de Villers, and in collaboration with journalist Lin Sampson, they put together Monk’s first exhibition, staged at The Market Gallery in 1982, curated by none other than Goldblatt. Monk detoured to Cape Town on his way to his own show, and was shot dead in a drunken confrontation. 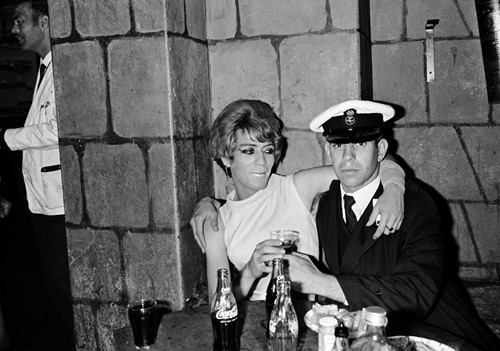 Now, photographer and head of the Photographic Archival & Preservation Association, Gavin Furlonger, and Craig Cameron-Mackintosh, archivist for the Billy Monk Collection and director of biopic “Billy Monk — Shot in the Dark”, have joined forces to preserve and present the Monk archive to the public, of which the current online exhibition and sale is an example.

Monk’s work is a great example of photography as a medium of immediacy and documentation, and of its value in preserving instances of popular cultural history that would otherwise be ephemeral and forgotten. The Cape Town underground scene around The Catacombs at the time was unusual in its tolerance for alternative lifestyles and its acceptance of all races and sexual orientations. Monk’s visual archive of the scene should be valued for that, much like Meryl Meisler’s famous photographic collections of New York nightlife a decade later. As such a document it is endlessly fascinating; as fashion or anti-apartheid agitprop, not so much.

• UNSEEN is a collection of 10 never-before-seen portraits by Billy Monk available exclusively on Latitudes from July 15-18. Go to Latitudes Online

Art on the streets: The best of Joburg's public, outdoor urban art scene

Let’s take it outside to the heart of SA public art, the Johannesburg inner city
Art & Design
1 year ago

Enjoy a wall-by-wall encounter with street art on a monumental scale
Art & Design
1 year ago
Next Article
© Wanted 2022 - If you would like to reproduce this article please email us.