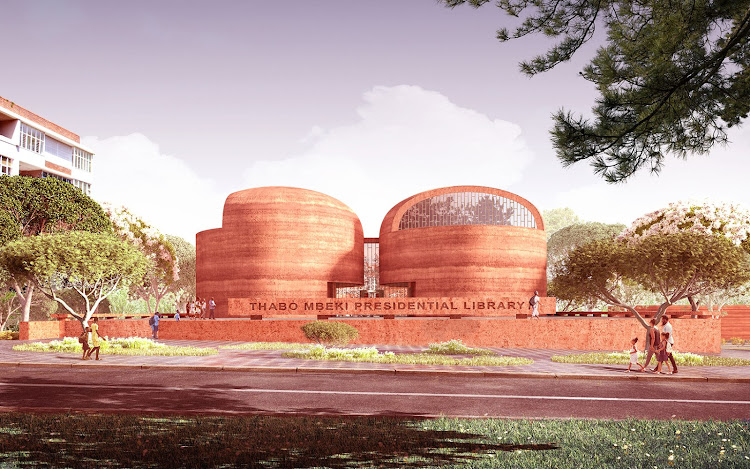 Too often, attempts to inject local flavour into contemporary architecture result in a kind of parody of identity. Good architecture responds to context, climate, culture, and so on, but that needn’t amount to a “look”. When architects try to invent regional or national design idioms, they seldom amount to anything more than sentimentality and kitsch.

Add to that the potential pitfalls of metaphor in architecture — for example, the vacuous idea that a transparent government building might somehow embody (or even enhance) the transparency of democracy — and the design for the Thabo Mbeki Presidential Library (TMPL), unveiled by British-Ghanaian starchitect Sir David Adjaye at the end of last year, should be in hot water. It lands squarely in both danger zones.

The library, to be built in the suburb of Riviera in Johannesburg, is intended to be the embodiment — as well as a generator — of the former president’s idea of an African Renaissance. “My vision for the new presidential library aims to encompass both an African past and an African future,” says Mbeki’s statement. “It will be a place where Africans uncover their own history and identity. A place where we are empowered to script a brighter and more prosperous future.”

It will include a museum, exhibition space, archive, research centre, auditorium, shop, and cafeteria. And its design needed not just to be functional, but also symbolic.

Its most distinctive feature is a series of dome-shaped, rammed-earth structures inspired by granaries. The equivalency it draws between a store of nourishment and a store of knowledge might be a bit on the corny side.

As far as its aesthetic inspiration goes, adobe domes are hardly a distinctly or recognisably South African thing. Adjaye’s design looks as if it has its genesis in West Africa, most obviously Niger. It might make a statement about the library being a more broadly continental resource, but comes a bit close to “Africa is a country” territory.

WATCH | Unveiling of the TMPL by Adjaye Associates:

And yet, there is something exhilarating about the design. The simple fact that it looks so different from anything else in the city is hugely compelling. The way in which it isn’t surrounded by walls, opening up the space around it, is uplifting. The way in which the ferrous red of the rammed earth picks up on the red brick of some of the surrounding blocks of flats, subtly setting them on a new historical trajectory, is a deft architectural gesture.

Despite its potential pitfalls, the TMPL presents a compelling vision of a future African city — an embodiment of African modernity — utterly free of either colonial tropes or the misguided yet all-too-common impulse to mimic generic international conventions (steel-and-glass towers, for example) in an attempt to prove that Africa too can be “world-class”. 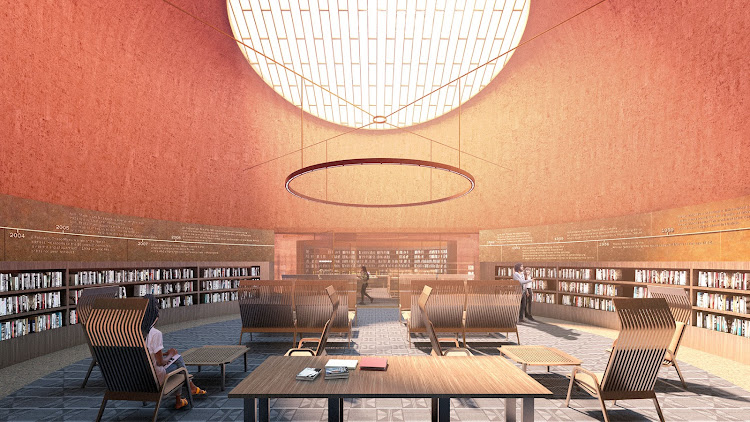 It’s like a little piece of Wakanda… a fresh vision, a landmark, and hopefully a watershed. By sticking too closely to the rules — of taste, political sensitivity, or regional veracity — it would never have been so audaciously inspiring. And it is.

10 of the most beautiful bookstores from around the globe

Today is World Book Day. Why not celebrate in some of the world’s most beautiful bookstores? We put together a list of our favourite spots
Travel
2 years ago