Matthew McClure asks whether, post-pandemic, art fairs and galleries will cede power to the social-media artist 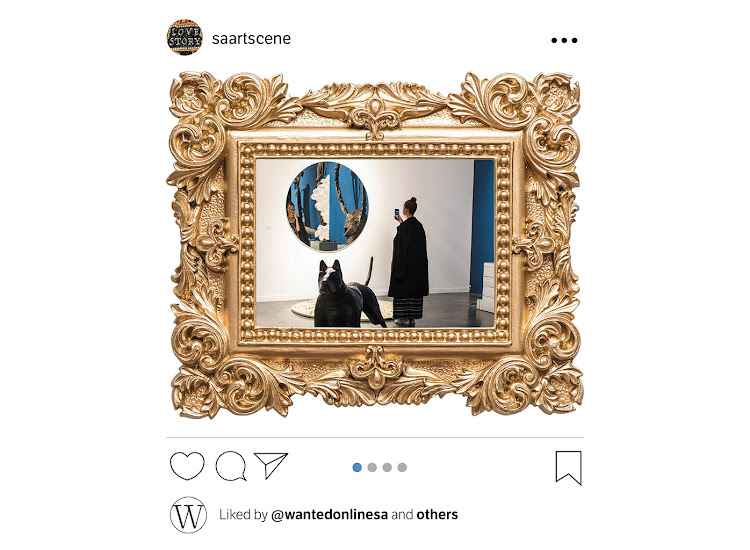 In 2008, my first real job after graduating university was as a public-relations intern for the first Joburg Art Fair. It was a heady time. The repercussions of the global recession were just starting to lap at our shores, and South Africans were getting their first bitter taste of loadshedding as Eskom struggled to keep the lights on. In between all of this, and fresh from a fine-art degree, I was learning how to operate my new BlackBerry.

My employer Artlogic was responsible for curating and organising the logistics of South Africa’s first large-scale art event since the second and, unfortunately, last Joburg Biennale in 1997. However, unlike a biennale, our fair’s purpose was commercial. Like other art fairs abroad, we would curate a space in which gallerists, artists, and buyers could network and negotiate over a glass of sauvignon blanc. It was all very classy, and we were tagging on to a powerful legacy of art fairs initiated in 1994 by the Armory Show in New York.

The primacy of art fairs and their ability to birth and nurture a matrix of high-net-worth collectors through their cooperation with major commercial galleries has been undisputed for decades. A veil of secrecy usually shrouds the exact sales figures from these events, but those exclusive pre-show, buyers’-only tickets were like hen’s teeth. If you could borrow, beg, or steal one of these glittering passes, you were guaranteed to bump into the same champagne-toting, well-heeled VIPs you’d encounter at any gallery opening in the city on a Thursday night. The type who know the gallerist by name and have had the finest examples of work on show tagged with those innocuous red dots hours before you arrived.

Fast-forward 12 years and a microscopic virus — perhaps now more widely travelled than these wealthy collectors — has effectively shredded the exhibition calendars of art fairs, biennales, and galleries all over the world.

Within months, my Instagram feed began buzzing with the vibrant work of young, dynamic, South African artists grappling with the social, political, and cultural material that makes our country unique. Artists and their followers were moving online as screen time multiplied exponentially during one of the harshest lockdowns in the world and gallery openings were put on ice. I wondered whether we were soon to bear witness to the demise of the commercial power enjoyed by art fairs and galleries, as artists chose digital platforms for their exhibition spaces above the pricey square metres offered by galleries and fairs.

Everard Read is one of the oldest commercial art galleries in Joburg, with office and exhibition spaces in Rosebank, Cape Town, Franschhoek, and London. Mark Read is the chairman of the group and, in many ways, the face of the gallery’s success. “We prepared for the worst, and we had very little experience with online marketing,” says Read as he gives me a condition report of the gallery for the past few months. “But sales have continued unabated and Everard Read South Africa has done very well.” The gallery’s vast database of loyal clients, the result of relationships nurtured over many years, is what has tided it over during lockdown as buyers and collectors have been inundated with e-vites for virtual openings and exhibitions all over the world.

I try to sense from Read whether he feels galleries are losing their foothold in the uncertainty of an upside-down world where digital has raced ahead. “I’m hesitant to say what the trends are, or what the reality is. It’s tiring to be on the front foot every time. I think the sheer exhaustion of trying to project yourself out there successfully is going to take its toll and people are going to find other things to do,” he says. From what Read tells me, it sounds like this thought is preying on the minds of many who hold a stake in physical art spaces. “The lumbering old institutions will be tested. I think it will affect galleries, and I think the same will be the case with art fairs. The days of giant art fairs will be challenged. Will people want to go to Basel in Miami and stay in giant hotels? I’m not sure.”

Major international art fairs like Art X Lagos, Art Basel Miami Beach, and Frieze Art Fair in London are still being planned as physical events, placed as they are towards the end of the year when viral infection curves have hopefully been flattened. The Sydney Biennale, as an example, has extended its public days between June and September to allow for less visitor congestion.

Art Joburg is the relatively new incarnation of the old Joburg Art Fair, rebranded and with a business model radically changed since my internship days 13 years ago. Its founding director Mandla Sibeko has recently made the bold decision to make the fair entirely virtual. “There’s been a sense of collaboration, or conversations, with the bigger players in the world,” Sibeko says as he describes how he’s been reaching out to international fairs for advice on pioneering an online model for Art Joburg. “We’ve taken a long-term view, because physicality is still so important for the kind of stuff that we do. Online can never replace that.”

Sibeko is aware of the power of social media as a means of communicating and raising awareness of an artist and their work. “It’s important in many ways, because it’s an opportunity for the artist to market themselves, and it’s complementary to what the galleries are doing. They hire professionals to run the online platform, which is something that they never did years ago.” Similarly to Read, Sibeko believes that the networks of local and international collectors fostered over many years by galleries and fairs cannot be replicated by social media. “When you go to the biennales, there’s no energy like it. The location, the environment, the conversations. And, of course, the tourism.”

A CHANGE IN POWER

Social media isn’t new, and using online platforms such as Instagram and Facebook as a means of direct exposure and marketing, even less so. However, in an environment where the arts and artists are under more financial pressure than ever before, will social-media-superstar artists emerge above galleries and fairs as the new powerhouses of the art world?

Joburg-based artist Puleng Mongale’s collages of rural and urban landscapes have been popping up on my Instagram feed for weeks, every post accompanied by a torrent of likes and comments. “I always shared my work on social media,” Mongale says. “During the lockdown period people have been engaging with it a lot more, but I also think it’s because I share my work more often and I create more often.” Mongale classifies herself as an independent artist and isn’t formally represented by a gallery. She says the traction generated by likes, shares, and follows on social media has raised awareness of her work, especially among galleries and fellow artists. “Ever since galleries have started following me, my sales have increased significantly.” But she’s also aware of the commercial traction that a formal association with a gallery would afford her work, and how the formidable networks of financial value built up by art galleries and art fairs are as unavoidable as they are vague and intangible. Mongale participated in the online Latitudes Art Fair in July and noticed an increased interest in her work purely because she had exhibited on this forum. “It’s not even about whether the work is good or not — it’s basically about who you know.”

I’ll always remember 2008 as the year in which the Joburg Art Fair created a disruption in the status quo of the art world, promising that new and exciting things were possible. The industry won’t be exempt from the thorough beating that Covid-19 has dealt the globe, but as our conventional value systems and establishments are demolished, the tender shoots of individual expression and enterprise will build upon their foundations to create a world much more nuanced than ever before — and ultimately, isn’t that what’s important?