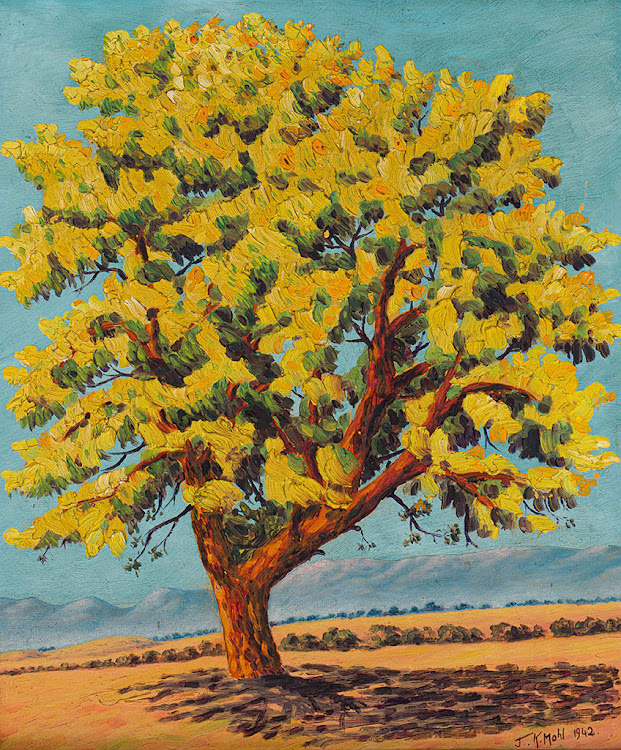 The covid-19 pandemic and subsequent lockdown hit the art world hard. As a field that seemed to rely heavily on physical presence — from viewing artworks in the flesh to the social whirl of gallery openings and art fairs — lockdown presented a radical disruption.

A lot of heady talk followed about the crisis levelling the playing fields and ushering in a new era. Some commentators even suggested that it might be an opportunity to reset, optimistically predicting that some of the elitism and frivolousness (not to mention the high-paced commercialism that has dogged the art world and sustained a bloated offering of questionable work) would be dismantled, leaving behind something leaner and more vital.

Others remained sceptical that the changes would be lasting, believing that many were simply contingencies that would be abandoned as normality resumed.

There’s no doubt that the lockdown caused both upheaval and innovation, but what changes are likely to be permanent? Some certainly will be hard to reverse, while some old habits might prove surprisingly resilient.

“The move online has really defined this period,” says Mary Corrigall, who heads an art advisory and research consultancy and is the author of South African Art Market: Pricing & Patterns.

“I don’t think the South African art world had really been exploiting the online environment all in all,” she says.

“It was something that everybody was doing a little bit reluctantly, I think,” says Lucy McGarry, director of Latitudes, SA’s newest art fair, which launched in 2019 and this year reinvented itself as an online marketplace.

Both individual creatives and the businesses that support them are finding novel ways to market and sell their wares, even in the thick of isolation
Art & Design
1 year ago

Five months of lockdown certainly created demand enough to sustain a plethora of virtual viewing and artist rooms, and online exhibitions. Art buyers, given no other option, adjusted remarkably quickly to online sales — a hurdle that, once overcome, they are likely to remain comfortable with.

Art fairs and their role in creating sales for galleries, both at home and internationally, have seen major upheaval. While some international fairs are tentatively resuming live events, local fairs, including the Turbine Art Fair (TAF) and Art Joburg, have launched online events, while Latitudes and design fair Handmade Contemporary (HMC) have abandoned the event-based, time-specific format in favour of a year-round approach.

The secondary market — auction houses — was perhaps better placed than the rest of the art world to weather the pandemic, partly because most had been running online auctions for a number of years, and quickly developed the capability to hold hybrid online, virtual, and live sales, including telephone bids.

Susie Goodman, executive director at fine-art auctioneers Strauss & Co, says, “In times like this, an auction house takes on a different role, because... the importance of being able to liquidate people’s assets is a responsibility that we have to be able to fulfil. This is a lot of people’s ‘rainy day’.”

The state of the economy, at home and abroad, affects the art market too, of course. “Artists particularly are really very fearful of the fact that, in the South African economy, people aren’t going to be spending money on art,” says Corrigall.

She elaborates: “The surveys that I’ve done, from artists to gallerists, all confirmed that collectors are spending less.” She points out that the Cape-Town art market, which depends heavily on tourists, is likely to suffer most as “the local economy is expected to contract quarterly by 50%”. Some galleries, including Smith Studio in Cape Town, have closed their physical spaces, and so has No End in Johannesburg. She adds, however, “I think there is less necessity now for a gallery to have a brick-and-mortar space.

”While the pivot online— particularly among art fairs — has helped many galleries survive lockdown, Corrigall says that the online environment moves slowly, and doesn’t drive concentrated bursts of activity as fairs do.

“What I suspect will come out of it, which I think is very positive, is that there will be less… frenzy for young, hot artists, because it’s very hard to build a frenzy in this kind of situation.” Another positive development, she observes, is the way galleries have begun promoting artists “outside of exhibitions”. However, the downside is that galleries have begun shedding artists because they aren’t able to promote all their artists equally this way.

McGarry adds that, as much as the move online might have made it difficult for artists to secure new or first-time representation with galleries, creating a barrier to entry, it has also opened up new possibilities for them. Online, artists “can test out different ways of selling their work and different relationships to see what works for them”, she says. Some are talented online self-promoters and the opportunity to do so has proved empowering.

Corrigall notes a surge in new online dealers, but remains sceptical about their longevity or long-term value. “I don’t know how positive that is for the art market, to have so many people dealing online,” she says. In a situation like this, buyers rely heavily on established and trustworthy brands to guarantee the quality of the works for sale. (This is true for artists too.)

She also notes the additional effort it takes to attract collectors to a virtual platform. Galleries and fairs have found themselves behaving like media organisations, abandoning their old strategy of emulating “museum-type structures to support the value of an artwork”, as she describes it.“

Now, really, in trying to create value around an artist’s work, you are actually going to rely on the narrative and how you can bring that into an online environment.” McGarry concurs that once the “glory moment” of launching online passes, “You have to keep thinking of ways to draw traffic to your site, so that’s a continual content-related exercise. There is going to be a big drive for meaningful, engaging, and niche content going forward.”

Corrigall adds that one on-one appointments and quieter interactions appear to be proving more effective in creating the kinds of conversations that ultimately lead to sales than glamorous gallery openings ever were.

Latitudes actively facilitates introductions between collectors and artists, and McGarry says the response has been resoundingly positive.

Another effect of local galleries having their circuit of international fairs interrupted has been increased concentration on and support for the local market. Neil Dundas, senior curator of the top-tier Goodman Gallery, says the gallery would have taken in eight or nine international fairs a year, and is showing at TAF (online) for the first time this year. TAF concentrates on affordable art, capping prices at R50,000. “This year we felt, more than ever, that it was important to support the base here at home,” says Dundas, making the point that it was increasingly important to the gallery to nurture local and younger collectors.

McGarry points out that the move online has simultaneously connected galleries and artists to international audiences. “I think that’s, in large part, got to do with the rand and it being so affordable to buy such great works,” she says. Corrigall says that the counter intuitive result of this international reach may well be that local art fairs take on a much more local or regional flavour as they concentrate on local galleries.

The growth of international audiences, however, has been a significant consequence of lockdown all-round. Goodman says that this period has introduced Strauss & Co to“quite a large number of new collectors”. “Consistently, we have reached between 40% and 50% new buyers on each sale,” she says.

A good portion of those, she adds, are international buyers who have never bought South African art before. The age profile of buyers in the recent auctions has also changed. “We’ve got a much younger audience coming in,” she says.

“The pool of bidders overall has also been much bigger.“

The auction process online — traditionally opaque, mysterious and intimidating to newcomers — has been demystified by its online format. “It makes the whole process… much easier to understand if you are new to the way of buying art,” says Goodman. The bidding console pops up, you can see exactly where the bids are coming from,and when there is or isn’t interest.

She says that it is unlikely that fine-art auctioneers will ever return to the traditional format. With that follows the likelihood that the amount of information made available — history, condition reports, detailed images — about the artworks on auction will have to be sustained, too. Buyers expect it now.

A fascinating spin-off of this period has been the abandoning of traditional auction “seasons”. During lockdown, Cape Town and Johannesburg sales at Strauss & Co were rolled into one, their geographical separation no longer a consideration. The timing of sales is a hangover from the traditional 18th-century seasons when the landed gentry came to London, Goodman explains.Now, it scarcely matters where they are, or where the auction is. “All of that has gone out of the window,” she says.

Lastly, the prices of works that can viably be sold online have skyrocketed. Until now, online auctions have been most effective selling works priced in the tens of thousands. Under lockdown, Goodman says, there have been paintings worth millions sold online.

The transparency about the pricing of artworks ushered in by the online era is unanimously considered irreversible. The move online has necessitated the clear publishing of the prices, whereas, before, galleries were often secretive about them.

These market adjustments have, in turn, begun to feedback into the practice of artists.“ There is an adjustment that has occurred in art production itself,” says Corrigall. “[Some] artists are saying, ‘We’re making smaller works’; [others] have said to me they’re changing their medium.” Screen-friendly works are likely to be favoured, for a while at least. Although Corrigall also points out that, as a result of art fairs moving online and circumventing the expense and logistical difficulty of transporting large sculptures or installations, they have proved surprisingly popular online.

Whether all these changes amount to the virtuously clean slate is hard to tell. Certainly, at the moment, the art world looks like a place that demands real quality and commitment to succeed. The terms of that success, however, seem significantly less coy than they were: art has made a much more honest admission of its status as commodity, even as the icky sheen of commercialism has been stripped from it.