The presentations on Thursday clustered around the general theme of social justice, with participants focusing on how design can make the world a better place 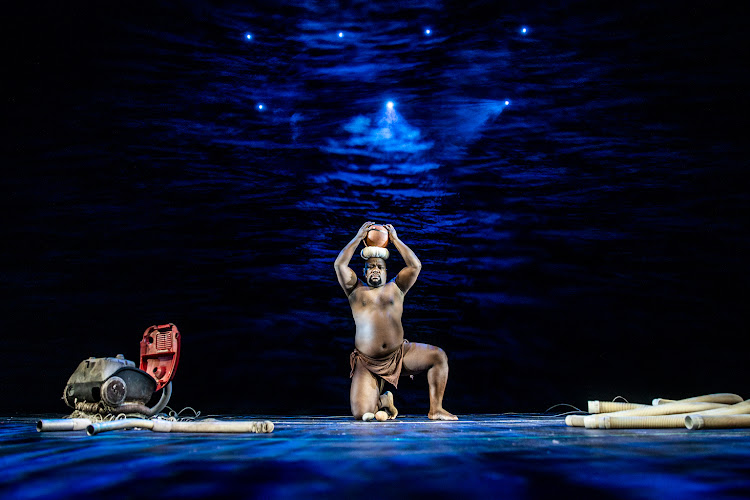 1. A MESMERISING PERFORMANCE FROM NHLANHLA MAHLANGU

While Design Indaba (DI) has become a stage on which more and more innovative presentations take place every year, it was still quite something to take in when one of South Africa’s finest theatre makers performs his work on stage. Dancer, actor, choreographer, and artist Nhlanhla Mahlangu had the audience utterly mesmerised with his performance piece, Chant, which, as he explained after receiving a thunderous standing ovation at its conclusion, is the very first piece in his personal creative oeuvre. (He also said: “I was doing a talk about my work and a performance, and then I realised they were cancelling each other out. So I decided to perform.”)

Mahlangu’s sometimes funny, sometimes sad, and ultimately deeply moving work speaks to his upbringing on the East Rand — he lived in Phola Park squatter camp with his grandparents while going to school under apartheid — and generates poetry and beauty from the most unlikely sources. When you hear him make music from his memories of the rival sounds of AK47 and R4-rifle fire, you realise that creative human beings truly do experience the world differently — and can help the rest of us do so, too.

Ghana-born “experiential chef” Selassie Atadika presented a wonderfully eye-opening tour of the African continent’s remarkable cuisines that was also a tongue-tingling experience for the DI audience, as each delegate received a box full of African flavours that we were able to actually taste as Atadika described the ingredients.

Three forward-thinking, inspirational presentations which caught our attention at this year’s event
Art & Design
1 year ago

Drawing on her training as a geographer and her experiences in her previous career with Unicef, which took her across the continent for many years, Atadika explored African food from various perspectives. She explained how cultural practices and traditions affect it, and presented a number of “lessons” from our continent’s traditional cuisine that she said we should be paying attention to. These included being plant-forward, no-waste cooking, using bold flavours rather than fat, making use of wild and foraged foods, the importance of communal dining, and the use of ancient grains — all of which she identified as key elements of African food long before some of them became buzzwords internationally. 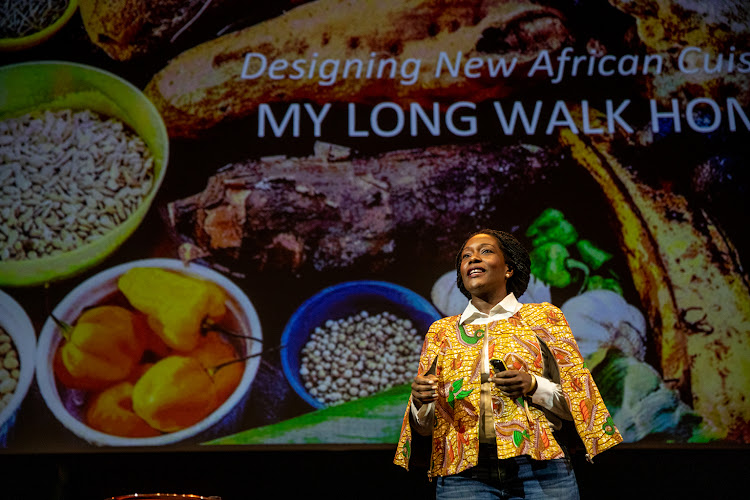 Beyond celebrating the cuisine of Africa, however, Atadika also sounded a warning: our continent, she said, is “losing its culinary culture faster than any other part of the world”, and that trying to preserve and develop local foods and cooking styles is a key challenge for the next decade.

One of the day’s most exciting moments was an announcement from Clout, the Nando’s Design Programme. To mark the 25th anniversary of the Design Indaba Conference, Nando’s has created an annual residency programme in the name of DI founder Ravi Naidoo.

Tracy Lee Lynch, creative director of Clout, and Nando’s founder Robbie Brozin joined the conference to announce the new residency and award the very first Ravi Naidoo Residency for Emerging Creatives to this year’s winner, who was chosen from the 2020 group of 50 DI Emerging Creatives.

Robyn Alexander shares her pick of highlights for this year’s gig, plus past knockout moments too
Art & Design
1 year ago

The inaugural winner — Mmamotsatsi Masike — received an all-expenses-paid residency abroad, which, said Lynch: “will be designed by Ravi Naidoo himself. Ravi is the most knowledgeable person when it comes to creativity and he is so connected in the global world of creativity that there is nobody better suited to design this incredible opportunity for one of these emerging creatives.”

Masike, who took to the stage with confidence and aplomb, is an aspiring interior and furniture designer from Johannesburg. She describes herself as a “design-crazed creative enthusiast” and is currently employed as a spatial planner at Cecil Nurse. She’s also a part-time freelance designer and recently launched her own furniture design studio.

The impact and influence of the Design Indaba Emerging Creatives programme is evidenced by the remarkable achievements of its alumni over the past decade and a half. From fashion designer Thebe Magugu — who just presented a collection at Paris Fashion Week after winning the LVMH Prize last year — to celebrated textile wizard Laduma Ngxokolo, DI’s Emerging Creatives are making their mark on the world. With the new Ravi Naidoo Residency to add to its developmental toolbox, it’s now set to do even bigger things for young South African designers and makers in the future.