Three forward-thinking, inspirational presentations which caught our attention at this year’s event 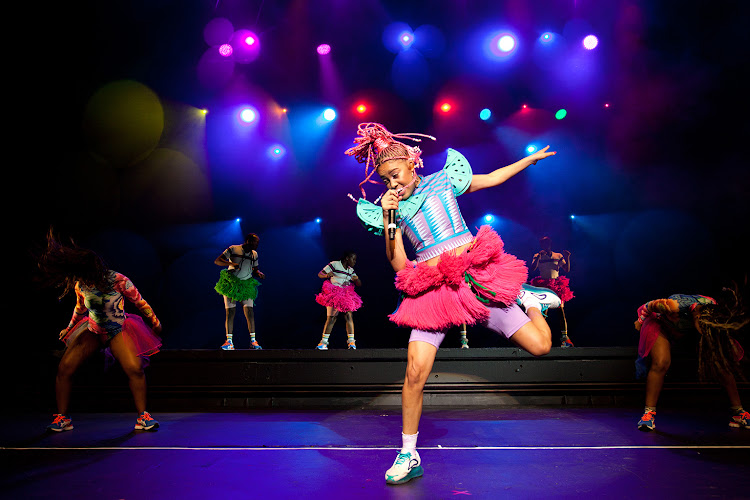 The 25th anniversary edition of what’s widely known as the world’s best design conference got off to a sparkling start yesterday<Wed 26 Feb >. Here are our three highlights of the day’s proceedings:

Even at Design Indaba, it’s not often that you encounter someone whose conference presentation includes live performance pieces – which they lead, complete with strenuous dancing and rapping – as well as a thorough rundown of the Tsonga cultural history that informs those performances, and snippets from a documentary they are putting together about it too. But that’s what Sho Madjozi managed to do this morning — and it’s no wonder she had Design Indaba delegates on their feet applauding her audacious brilliance and infectious joy.

Not to mention taking note of the detailed, ever-changing history she presented of xibelani — the full, brightly coloured skirts that are a key part of Madjozi’s unique style, as well as being a well-known element of Tsonga culture.

Robyn Alexander shares her pick of highlights for this year’s gig, plus past knockout moments too
Art & Design
1 year ago

Madjozi finished her presentation with the suggestion that an annual “Xibelani Carnival” be inaugurated in Elim, Limpopo, during which the art of makwaya dancing (and Tsonga culture in general) would be celebrated. We very, very much hope her dream soon becomes a reality.

Structural engineer Hanif Kara has worked on several jaw-dropping buildings in the past decade, including mammoth projects with the late, great Zaha Hadid, which have pushed the boundaries of what is possible in 21st-century building. In the day’s most intellectually challenging talk, Kara suggested structures such as the Bjarke Ingels Group’s art museum-cum-bridge The Twist, outside Oslo, Norway, and Hadid’s Heydar Aliyev Centre, in Baku, Azerbaijan, are what results from “collaboration between the people who make and do and the people who think”.

Kara’s ability to combine a relentlessly practical approach with an insistence that “beauty matters” suggested that he’s one of the small group of polymaths who can both “do” and “think”. No wonder he’s a fellow of the Royal Society of Architects and a professor of architectural technology at Harvard University’s Graduate School of Design.

Going beyond talking through his projects into the realms of research and philosophy, Kara took care to remind the audience that “tools are not innocent” and suggested the great 21st-century challenges in design would be about ethics and respect.

3. VUKHETA MUKHARI GETS US TO RETHINK URINE

One of Design Indaba’s Global Graduates, University of Cape Town’s Vukheta Mukhari, presented the award-winning biomimicry project of which he is a part. The bio-brick, created using urea from human urine with the “intervention” of bacteria, is inspired by the fact that “humans aren’t the first to build structures” on Earth, as he put it.

With the building industry being one of the world’s biggest polluters, explained Mukhari, it’s important that projects such as this are supported and encouraged. The project could see bricks made from urine and some form of aggregate material, effectively “built” by bacteria, substantially reducing their negative impact on the natural environment.

Clearly both inspired by, and very respectful of, his bacterial “collaborators”, Mukhari reminded the audience that original thinkers really do have the opportunity to change the world for the better.