Celebrating an icon: Christian Dior gets a big-deal display at V&A Museum

'Christian Dior: Designer of Dreams' is a sparkling, spellbinding show of the French designer’s career, his influences and his legacy 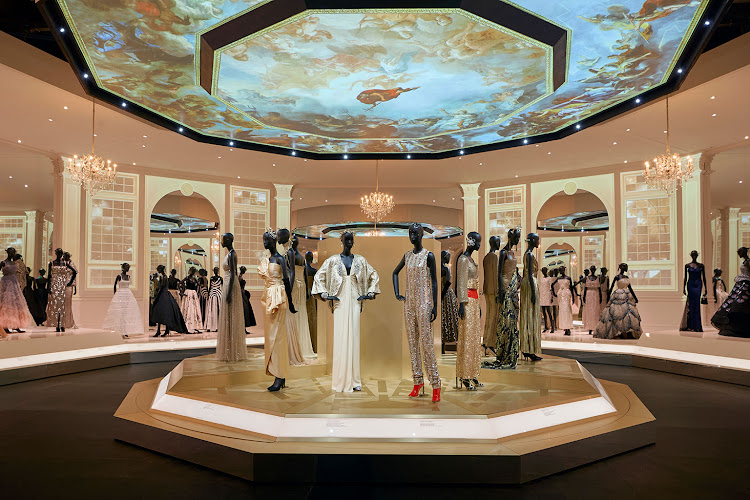 Following the liberation of Paris in August 1944, the French capital underwent a rapid cultural rebirth as it shrugged off the horrors of the Nazi occupation. Here, according to journalist Agnès Poirier, "the world's most original voices of the time" had gathered and would influence the way we live, think and dress, even today.

They included intellectuals, artists, writers and musicians like Jean-Paul Sartre, Simone de Beauvoir, Albert Camus, Norman Mailer, James Baldwin, Saul Bellow, Miles Davis, Arthur Koestler, Juliette Gréco, Alberto Giacometti and Jean Cocteau, among others. Although he may seem at odds with such radical Left Bank habitués, the couturier Christian Dior is clearly another. His work and legacy are being celebrated in Christian Dior: Designer of Dreams, a major new exhibition which has just opened at London's V&A Museum.

The largest such show ever staged in the UK on the history and cultural impact of the House of Dior, it features some 500 objects including more than 200 rare haute couture garments together with accessories, fashion photography, film clips, vintage perfume, original makeup, illustrations, magazines and the designer's personal possessions.

Remembering Karl Lagerfeld: Seven things you might not have known

His eye, his pronouncements, his take on the iconic Chanel suit: they were what defined a master. Mind you, so did his eccentricities ...
Fashion & Grooming
2 years ago

It's these personal items, and other exhibits in the biographical section of the show, that reveal that Dior led a wholly different life before circumstances pushed him towards fashion.

He was born in 1905 in Granville, Normandy, into a family who'd made their fortune from fertiliser. While his parents had hoped their son, the second of five children, would become a diplomat, Dior opted instead to be involved in art and, bankrolled by his father, in 1928 opened a gallery in Paris.

There he exhibited paintings by Henri Cartier-Bresson, the pioneering street photographer who later co-founded the legendary Magnum Photos agency, as well as works by established figures such as Pablo Picasso, Giorgio de Chirico, Alexander Calder, Salvador Dali and Giacometti.

The gallery closed in 1931 after the family's wealth was wiped out in the Great Depression and Dior then eked out a living selling patterns and costume sketches to couturiers and production companies.

In 1937, he was employed by the couturier Robert Piguet, who let Dior design a few items for his collections. Dior left Piguet at the outbreak of World War 2 when he was drafted into the army.

After the fall of France, and the break-up of the country's armed forces, Dior joined the fashion house of Lucien Lelong, which remained in business during the occupation. Along with Nina Ricci, Jean Patou, Jeanne Lanvin and other designers, Lelong strove to keep the French fashion industry afloat during the war for both economic and artistic reasons, and dresses were designed for the wives of Nazi officers and French collaborators.

It was particularly galling work for Dior; his sister, Catherine, was a member of the French Resistance and had been captured by the Gestapo and sent to the notorious Ravensbrück concentration camp for women, where she remained until her liberation in May 1945.

After the war, textile magnate Marcel Boussac invited Dior to design for Philippe et Gaston, an established fashion house founded in 1925. Dior turned him down; rather than revive an older brand, he wanted to go out under his own name. Boussac agreed and with his backing, which included all the fabric the designer wanted, the House of Dior was launched in December 1946. 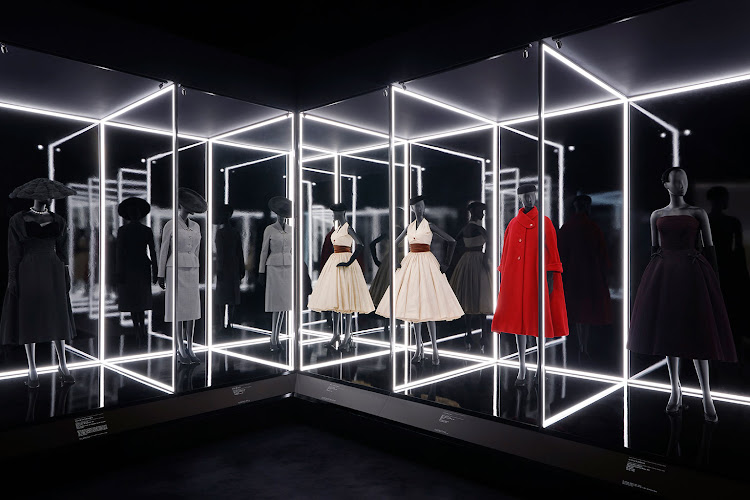 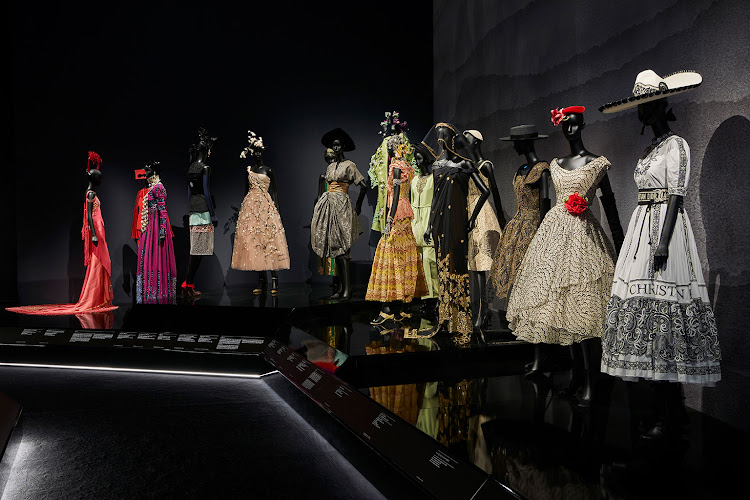 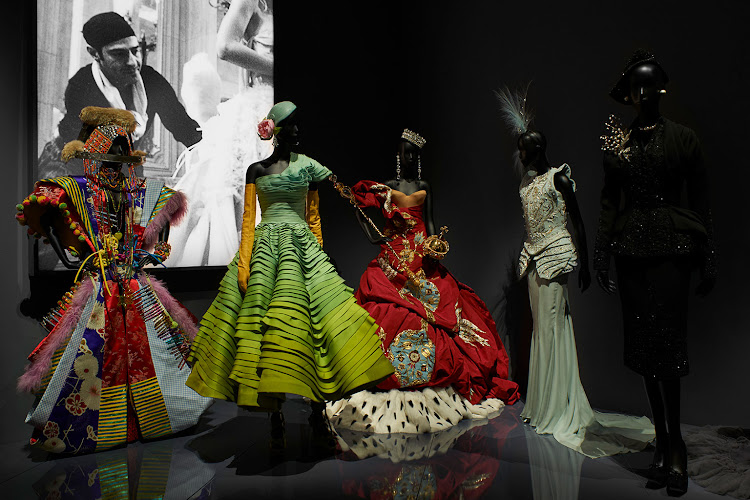 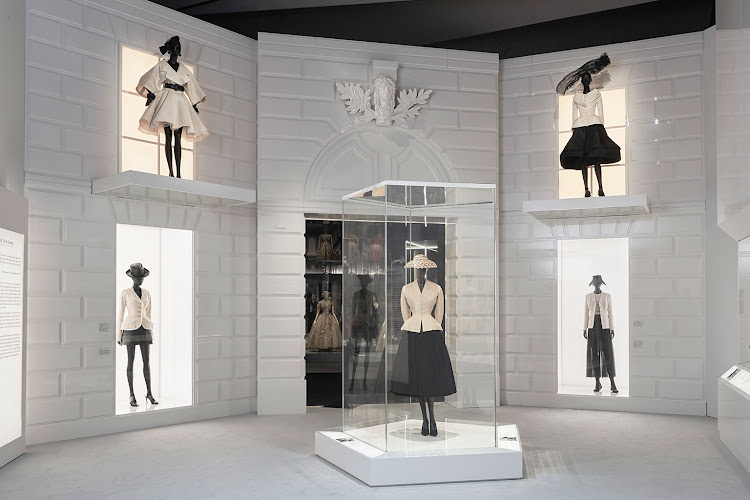 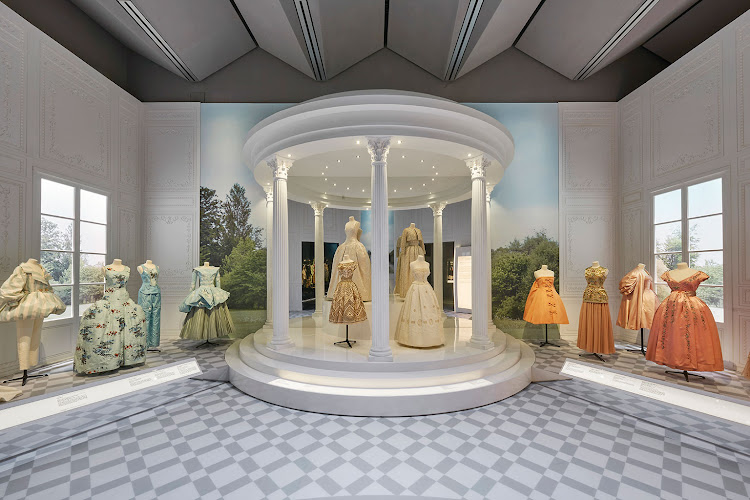 His first collection, presented to a cherry-picked audience that included influential fashion editors on February 12 1947, was a revelation, and sent shock waves throughout the industry. After the rationing and hardship of the war years, he had boldly reintroduced glamour and luxury to haute couture: dramatically flared, full skirts made with copious amounts of fabric. He'd given women a fresh silhouette: nipped-in waist, high, rounder bosom and narrow shoulders.

Legs were now covered to the calves, which did cause some consternation. Given war-time limitations on fabric, women were used to shorter skirts. In another backlash, female vendors at a market where Dior staged a photo shoot attacked his models over the extravagance of his garments. Such opposition was short-lived. 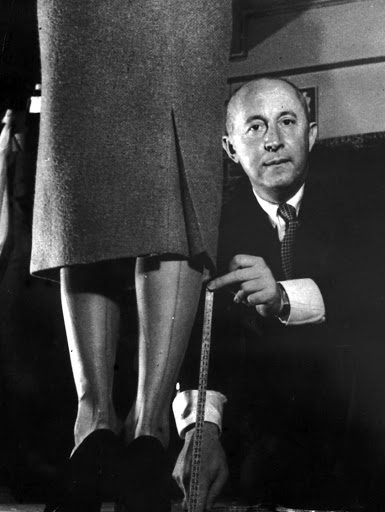 Dior had called his show Corolle, after the botanical term corolla for a ring of flower petals, but it was Carmel Snow, American editor of Harper's Bazaar, who gave it the label that stuck: "Le New Look."

The "New Look" re-established Paris as the fashion capital of the world. Dior's curvaceous designs were now in demand by Hollywood actresses, powerful brand ambassadors, and written into their studio contracts. Marlene Dietrich bluntly told Alfred Hitchcock her terms for accepting a role in his 1950 thriller Stage Fright: "No Dior, no Dietrich."

Dior died while on holiday in Italy on October 24 1957. The cause of death remains unknown. Some reports claim he had a heart attack after choking on a fish bone. Elsewhere it was rumoured the attack had been caused by a sexual encounter.

By then the House of Dior was a global fashion force, and the artistic directors who succeeded Dior - Yves Saint Laurent, Marc Bohan, Gianfranco Ferré, John Galliano, Bill Gaytten, Raf Simons, and Maria Grazia Chiuri, the first woman to get the job - ensured the brand's endurance. Their work, often sumptuous and provocative, is generously showcased in the exhibition. (There is little mention of the drunken anti-semitic outburst that resulted in Galliano's dismissal other than a note recording his departure as "controversial".)

The exhibition does emphasise Dior's Anglophilia; his fascination with British culture was long-standing. He was fond of Savile Row suits, admired the grandeur of the stately homes and gardens of Britain as well as the design of oceans liners, like the Queen Mary. Indeed, one of his earliest creations, for Piguet, was a well-received day dress he called "Cafe Anglais". 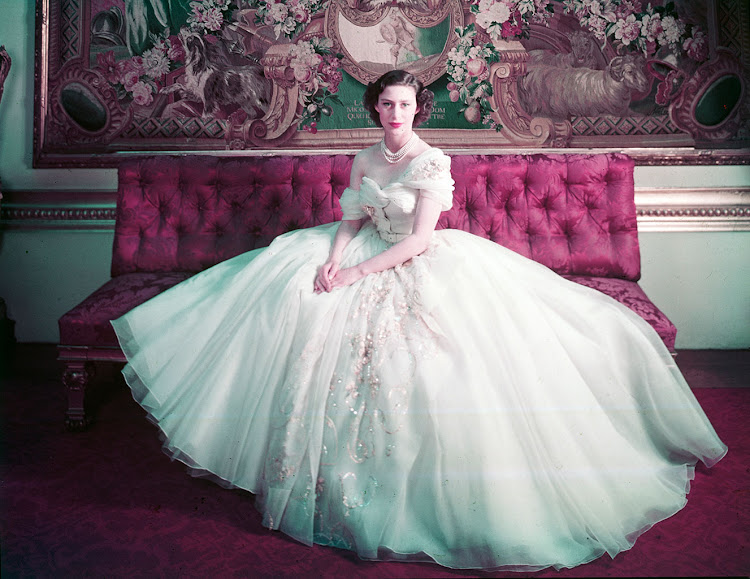 Dior also struck up a cosy relationship with the royal family who attended a private viewing in London shortly after the 1947 launch of his "New Look". The teenaged Princess Margaret was particularly impressed and would go on to become a life-long devotee. Among the outfits Dior would design for her is the off-the-shoulder ballgown that she wore for her 21st birthday in 1951. Later described by Margaret as "my favourite dress of all", it's one of the exhibition's showcase pieces.

• 'Christian Dior: Designer of Dreams' is at the V&A Museum in London until September 1.

And while you're in London, why not check out ...

For a more intimate sartorial retrospective, there’s Swinging London: A Lifestyle Revolution, on at the Fashion and Textile Museum in Bermondsey Street. It puts the focus on the Chelsea set, a group of young designers and artists who challenged the established order in 1950s and ’60s London. 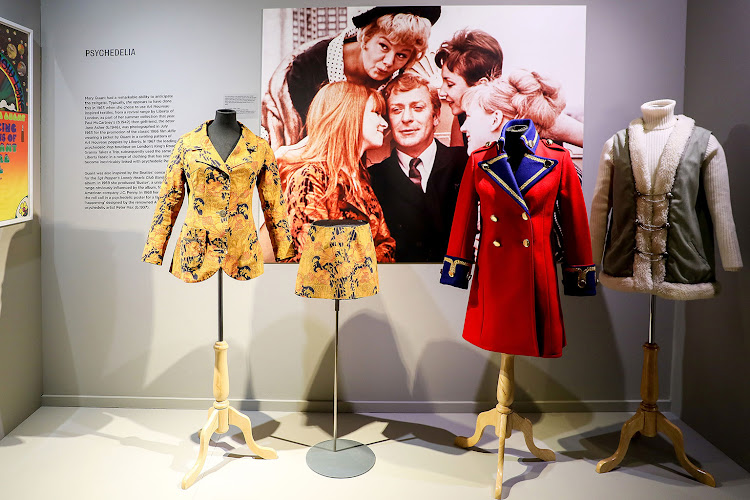 Expect historical videos, mad accessories, a small selection of retro furniture, fabrics by Terence Conran, lots for Mary Quant fans (including PVC everything), and, of course, the explosion of the mini!

• Swinging London: A Lifestyle Revolution is at the Fashion and Textile Museum in London until June 2. Text: Sarah Buitendach.

Designers often struggle to quit the brands they created. Thinking like a film franchise — great characters, with new stories — is the key
Fashion & Grooming
3 years ago

8 things to know about Cristóbal Balenciaga

With the opening of the Balenciaga: Shaping Fashion exhibition at the Victoria & Albert Museum in London, we take a deeper look at the influence and ...
Fashion & Grooming
3 years ago

- This article was adapted from the Sunday Times.