Designers often struggle to quit the brands they created. Thinking like a film franchise — great characters, with new stories — is the key 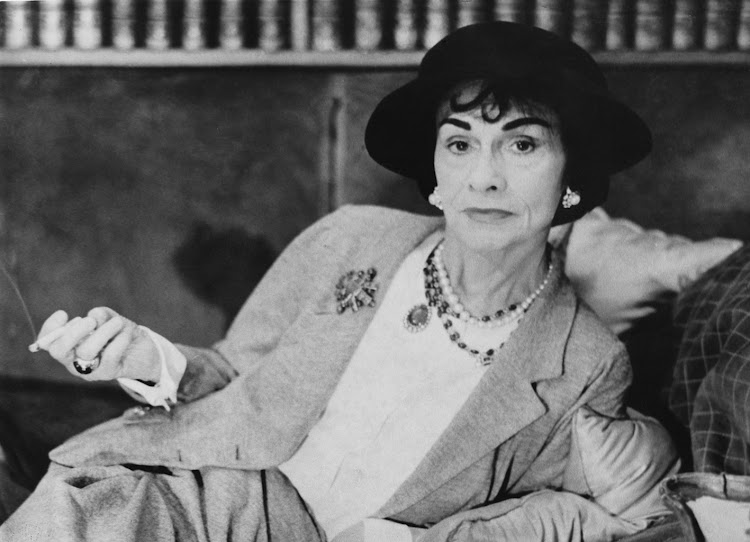 The fashion industry is full of founder brands trying to enshrine their future. But how do you quit when your name’s on the door?

Speaking to a reporter in December, Diane von Furstenberg was asked about the future of her business. The 71-year-old designer created her signature wrap dress in 1974 and was named the “most marketable woman since Coco Chanel” by Newsweek magazine in 1976. The interview followed news that her creative director, the British-born Jonathan Saunders, who joined the company in 2016 charged with revamping and rebranding the house, was leaving. Her first chief executive, announced with much fanfare in 2015, left in November 2016 and still hasn’t been replaced.

Chanel celebrates the launch of the French luxury maison’s first new fragrance in 15 years. Gabrielle is a reminder of all that Coco Chanel stood for
Fashion & Grooming
3 years ago

As a nugget of business acumen, the analogy was as opaque as it was disconcerting; surely it is beholden on the founder of any successful business to make sure there’s always something in the tank. But it was also telling for another reason. Von Furstenberg still thinks of herself as the woman behind the wheel.

The question of legacy hovers at the heart of most founder-led businesses. In most cases, provision is made for their business to pass into other hands. But in a creative industry such as fashion, where an individual is celebrated for their vision, product or innovation, the tension only magnifies. And breaking up is hard to do.

Calvin Klein sold his company in 2002 and has left it well alone ever since. But most founders find it harder to walk away. Valentino sold his business in 1998 but the “emperor” still sits front and centre at the shows. Coco Chanel, and more recently Jil Sander, left only to be lured back to the fold.

Some designers divert their interests in an attempt to emerge from the cocoon of fashion; last week, the Italian clothes-maker and philanthropist Brunello Cucinelli raised €100m by selling a minority stake in his luxury business to put towards a “life-long project of restoration” in his local community. And some die. The sudden death of Azzedine Alaïa in November, one of the most lauded designers of recent decades, now leaves the Richemont-owned house with the awkward dilemma of how to manage a succession — a new Alaïa store is due to open in London this spring.

The first advice offered by consultants working with young entrepreneurs is never to put your name on the door. But creatives are still enthralled by the idea of a namesake brand. And clients love the conceit that they nurture a personal relationship with them in each transaction.

Despite expressing a desire to modernise, few founders embrace radical change. Von Furstenberg hired a team eager to implement bold initiatives, only to shrink from their proposals. Likewise, when Ralph Lauren appointed Stefan Larsson to be his successor as chief executive in 2015, ushering in a new “Way Forward Plan”, the relationship quickly floundered. Larsson walked away with a $10m severance cheque less than two years later.

Perhaps the very notion of a creative succession is ridiculous

Perhaps the very notion of a creative succession is ridiculous. No one, after all, expected Beethoven or Picasso to nominate an heir. And what is a creative business anyway if its creatives are no longer part of the deal? Stefano Gabbana is very clear the luxury house he founded with Domenico Dolce, which made revenues of €1.3bn last year, will expire with them. “I have no plan to pass the torch on to anyone,” he says, before adding: “Or not until as late as possible.” At 83, the Italian Giorgio Armani still rules his privately owned multi-billion-dollar empire with an iron grip.

For others, the promise of a stress-free retirement and a future enshrined by a large corporation is more seductive. And it can work. The storied boutiques of Bond Street, Avenue Montaigne and Via della Spiga are haunted by the ghosts of designers — Saint Laurent, Chanel, Balenciaga, Christian Dior and Louis Vuitton — long since departed.

A heritage brand works best when it can exploit an uncontestable founder narrative while filling its ateliers with radical new visionaries. Perhaps the closest parallel in this vein is a film franchise in which the characters can be reincarnated in infinite ways, but still retain their unique DNA. Steered by Karl Lagerfeld, Chanel is the James Bond of fashion: totally evolved from its founder Gabrielle Chanel’s first vision and yet, with its unmistakable iconography — the logo, the fragrance, the 2.55 handbag (all of which remain bestsellers) — the label is still infused with her myth. Christian Dior has seen eight designers take on the mantle of the womenswear label, which was fronted by the French designer for only a decade. Each changed the house aesthetic completely, but the founder’s spirit has always remained at its core.

One doubts a designer bold enough to nail their name to the door would care to see themselves as a franchise. But they must understand that in order to enshrine their legacy, they might need to loosen their grip on that steering wheel. And, quite possibly get out of the car.

The cult of Chanel: Coco has yet again reinvented herself for a new era

A celebration of all things Parisian at this year’s Chanel Haute Couture show gave rise to the unexpected technicolor eye. Plus there's a new perfume ...
Fashion & Grooming
3 years ago

This intensified version tells the story of a scent and harnesses our nostalgia when it comes to the ever-changing, revolutionary spirit of Coco
Fashion & Grooming
3 years ago

Luxury brands look for new models in a radical era

- This article was originally published by the Financial Times 2018.