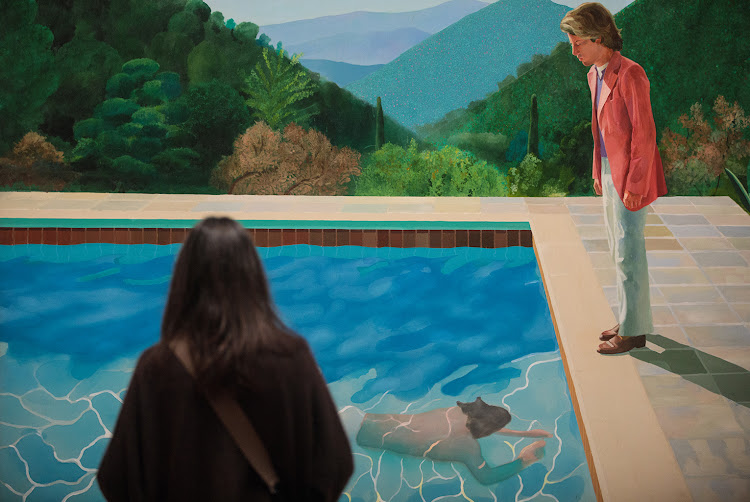 On Thursday night, it’s likely the record for the price of an artwork by a living artist will be smashed when David Hockney’s 1972 painting Portrait of an Artist (Pool With Two Figures) goes on sale at Christie’s in New York.

The 81-year-old British artist’s work is expected to fetch $80-million (R1,15-billion) breaking the previous record, held by Jeff Koons for one of his Balloon Dog sculptures, which sold in 2013 for $58,4-million (R845-million). The auction house has not revealed the identity of the seller but CBC reports it is believed to be owned by British financier Joe Lewis, who bought it from media mogul David Geffen in the 1980s.

The painting, which depicts a young man in a pink jacket leaning over the edge of a swimming pool watching another man swimming, is being touted by Christie’s as significant because it represents two key themes of Hockney’s work – swimming pools and the double portrait – in one canvas. The work also has a deeply personal resonance for the artist as the man in pink is his one-time lover and muse Philip Schlesinger, whose relationship with the artist came to an end as Hockney was finishing the painting. 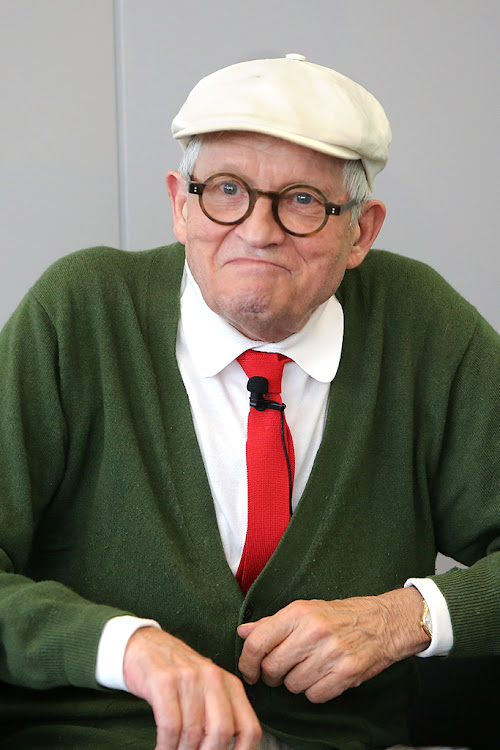 The work is also a prime example of Hockney’s well-known series of paintings of swimming pools, which fascinated him when he arrived in Los Angeles from gloomy England in the 1960s. As he told CNN in a 2017 interview: “I always loved swimming pools, all the wiggly lines they make … If you photograph them, it freezes them whereas, if you use paint, you can have wiggly lines that wiggle.”

Hockney is regarded as one of the best-known and loved artists in the world as evidenced by the million people who attended a touring retrospective exhibition of his work shown at Tate Britain, the Pompidou Centre in Paris and the Metropolitan Museum of Art in New York last year.

While the art world is abuzz about the possible record, Hockney himself seems unfazed, telling Reuters from London, where he was receiving a lifetime artistic achievement award from Queen Sonja of Norway, he’s ignoring the hype and that he has “the vanity of an artist - I want my work to be seen but I don’t have to be seen”.

Portrait of an Artist (Pool With Two Figures) has been exhibited publicly in Hong Kong, London and LA ahead of the sale but will now probably disappear into a private collection.

Writing in the Atlantic this week, author and critic Lawrence Weschler pointed out that while the importance of the painting and its creator are undeniable, there are broader questions that the price tag raises about the state of the international art market.

Weschler argues that “surely the main word summoned forth by the prospect of a single work of art by any living artist commanding these sorts of prices is scandal”. He goes on to say the first scandal concerns the hundreds of people with disposable income who can afford to bid such high prices for artwork “in a world where people go hungry and homeless, not a few in the immediate vicinity of the galleries and auction houses”.

The “lesser scandal is that the artist in question hardly ever partakes in the profits of such a sale - these purchases constitute transactions between idle millionaires, usually mediated by middleman dealers or auction houses”. While such a high price increase for Hockney’s work - his previous record is $28.5-million (R40.1-million) for his 1990 painting Pacific Coast Highway and Santa Monica - will inevitably send his gallery prices skyrocketing, most artists don’t make anywhere near these kind of prices at auction in their lifetimes.

Whatever the outcome of the auction it is hard not to balk at a world where there are so many people who have $80-million available to get their hands on a masterpiece by a living artist and ship it off to their own homes or tax-exempt warehouses, where it might not be seen by anyone for decades to come.

Museum acquisitions of artworks have been a driver for art investment growth globally. We can expect to see a similar pattern emerging in South Africa
Art & Design
2 years ago
Next Article
© Wanted 2021 - If you would like to reproduce this article please email us.