Powerhouse Liza Essers chose a career in art over finance. Her decade at the helm of the Goodman Gallery shows it was a felicitous decision 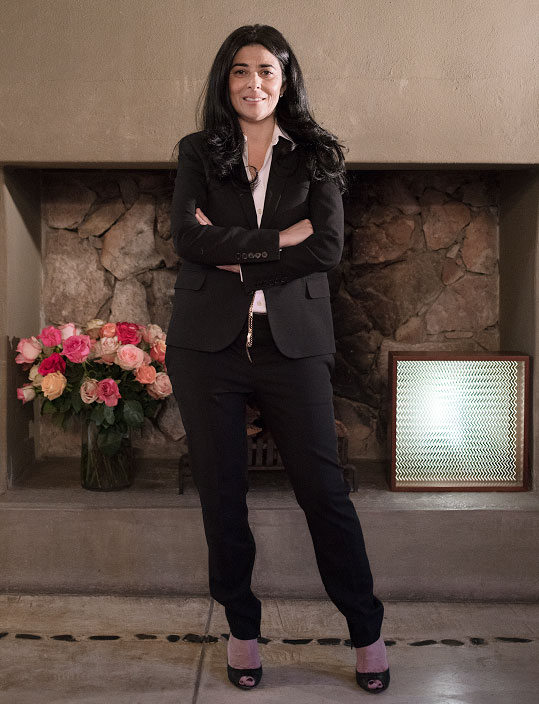 Liza Essers, the raven-haired owner of the Goodman Gallery, is returning from a Saturday soccer match with her six-year-old son when I call her. Our conflicting schedules mean it is the only time we can speak. I ask what her plans are for the rest of the year. As she begins listing her travel itinerary — openings in Cape Town, New York, and Sydney; fairs in London and Miami — her son starts whimpering. He’s exhausted after the game. “Yes, I’m a soccer mom,” says Essers on speakerphone, in-between placating her child. “We won three-nil.”

I ask her about juggling being a mom and running one of South Africa’s most distinguished art galleries. “There is a whole generation of women in the art world that didn’t have kids,” Essers says. She lists some of them, and then adds that she didn’t want to go that route. In her telling, Essers has two children: her son and the gallery, which she bought from its founder, Linda Givon, 10 years ago with a loan from billionaire investor and collector Jonathan Beare.

“I feel like I have succeeded in what I set out to do when I bought the gallery,” says Essers, reflecting on her first decade at the helm. Her strategic plan involved reshaping the Goodman into a business with a worldly — rather than an exclusively South African — artist list. Initially, she showed well-regarded British and American artists, but over time Essers has refined the Goodman’s programme to focus on artists from countries with “shared colonial histories”.

Standout names include Zimbabwean Kudzanai Chiurai, Brazilian Paulo Nazareth, and Iranian Shirin Neshat, whose debut feature film Women Without Men won the Silver Lion at the 2009 Venice Film Festival. Neshat’s courage — she courted controversy in her Women of Allah series by creating a work criticising the restrictive Islamic garments imposed on women after the Iranian revolution — dovetails well with Essers’ own biography and orientation as a dealer. 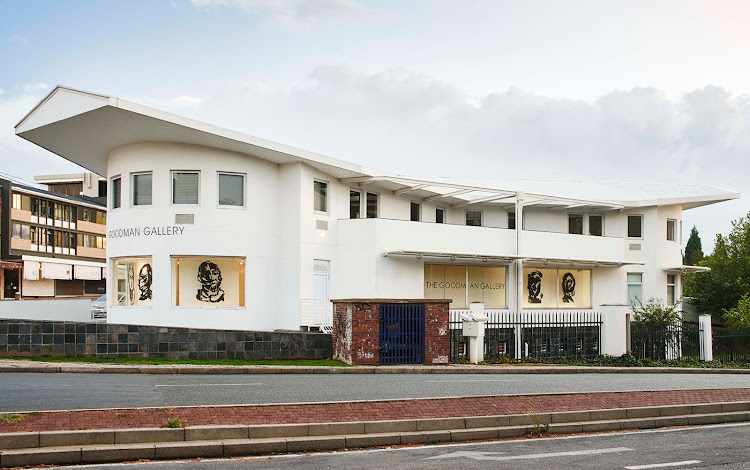 Essers, whose mother is a Libyan-born Jew, has described her gallery’s main characteristics as twofold: to challenge dominant power structures and effect social change. Anyone familiar with controversy unleashed by her decision to show Brett Murray’s painting The Spear in 2012 won’t doubt her words.

All counted, Essers has taken on 26 new artists. It necessarily meant letting go of established artists, including Deborah Bell and Norman Catherine, both now represented by Everard Read Gallery. Why buy a gallery and fiddle with a successful programme? Why not simply start with a clean slate?

It’s complicated, but also not so. Givon was retiring. Essers, who had built a personal client list by putting together selling shows in rented venues, saw an opportunity. It was a necessary opportunity. A-list international art fairs don’t admit freelance dealers, and young galleries — even when they are fronted by dynamic women — are typically pushed to the back of the selection list.

Essers is a natural-born dealer, and she is frank about the costs of playing internationally. It costs her between R1.5-million and R20-million all-in every time the Goodman shows at Art Basel (twice annually, in Basel and Miami) and Frieze (ditto, in London and New York). Along with Stevenson Gallery, the Goodman is the only South African gallery to consistently show at these cutting-edge fairs.

“It is difficult for our artists, who are brilliant, to receive the same platform in South Africa,” Essers explains, by way of rationalising the expense. “Often we make losses at the fairs, but this is the price of platforming your artists internationally.”

It is difficult for our artists, who are brilliant, to receive the same platform in South Africa. Often we make losses at the fairs, but this is the price of platforming your artists internationally

Essers’ understanding of risk stems partly from her background in finance and film. After a stint at Andersen Consulting, now Accenture, she worked in private equity for SMC Capital and in businesses development for an e-commerce company, before segueing into film. It is sometimes forgotten that Essers was co-executive producer of director Gavin Hood’s Oscar-winning 2005 adaptation of Athol Fugard’s 1980 novel Tsotsi. She was in Los Angeles when the film clinched the award for best foreign-language film.

“I didn’t get caught up in having a new dress made,” Essers once told me about the big night. “I grabbed a little black dress in my wardrobe and wore Gucci evening sandals.”

Tinsel Town, though, wasn’t for her. “I found all those Hollywood parties very fake. I felt so lonely and empty. I think it was a defining moment for me, actually. I didn’t find it fulfilling,” she says. “I made a decision to focus on contemporary art, and only focus on projects that feed my soul in some way.”

Essers did not entirely turn her back on filmmaking. Shortly after acquiring the Goodman she produced a documentary film profiling South African artists Marlene Dumas and William Kentridge.

The anecdote is revealing. Notwithstanding her reputation as a tough negotiator and bottom-line-conscious boss, Essers digs deep to support her artists. She contributed R1.6-million towards William Kentridge’s travelling production The Head and the Load, which opened in July at the Tate Modern.

Kentridge’s big international breakthrough happened in 1997, a decade before Essers took over the gallery representing him. I had long wondered about the power dynamics underpinning their relationship. It is genial and warm I realised. Last year, following the opening of a South African exhibition at the Louis Vuitton Foundation, we retired to a café off the boulevard Saint-Germain in Paris. Essers and Kentridge discussed the poor form of our hosts in not offering a dinner, and other art-world intimacies.

Among her big accomplishments of the past decade, Essers lists bringing Kentridge’s multi-media installation The Refusal of Time (2012), created for Documenta 13 in Germany, to South Africa in 2015. Another involved facilitating the roaming Black Portraitures conference series in Johannesburg in 2016.

“We take on a project every year where we sponsor an exhibition or event in a local public institution,” Essers says.

Some people have pooh-poohed these collaborations for blurring the line between museum show and selling exhibition, a criticism Essers is aware of. “It is genuinely about giving back to society,” she says. “It is about trying to support our public institutions.”

We briefly talk about her gallery’s South African programme. She will be hosting British-Nigerian artist Yinka Shonibare in September at her “home base” in Johannesburg, followed by Brazilian Ernesto Neto. The Chilean-American Alfredo Jaar will be showing in Cape Town.

Work aplenty, I remark. “I wouldn’t have it any other way,” Essers says.

If chairs could talk: the stories of Yinka Ilori's furniture

The Nigerian-British artist and designer is conscious of the profound messages embedded in his designs. His repurposed vintage furniture proves that ...
Art & Design
3 years ago

- From the September edition of Wanted magazine.