The antiques, Art & Design Fair (SAADA) kicks off on Friday. We asked some of those exhibiting to tell us which antiques were the best investment today

Good provenance is very important for the value of a work of art. In general collectors like “fresh” pieces that have been hidden for hundreds of years and appear on the market, instead of pieces that have been auctioned five times in the last 25 years. You’re usually better off buying one top piece than 20 mediocre ones. The good piece might have a hefty price tag, but something rare will always be rare and will generally appreciate in value over time.

For the NAADA fair I’ll be offering a huge painting depicting the Resurrection of Lazarus painted circa 1600 in the studio of Maerten de Vos (1532-­‐1603), an Antwerp painter. There is only one other variant known to this painting in the collection of the Prince of Liechtenstein. Something like this will only become more sought after and more valuable with time. The canvas measurers 248 x 167 cm, and was, for centuries, in the collection of The Redemptorist Fathers in their Amsterdam convent on Keizersgracht. 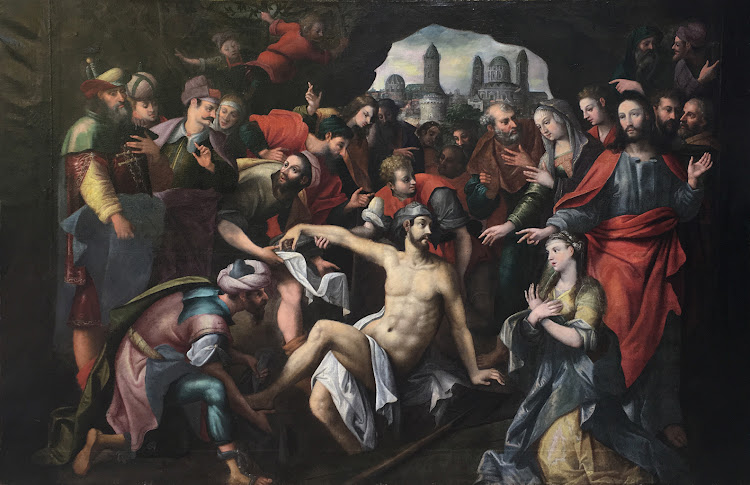 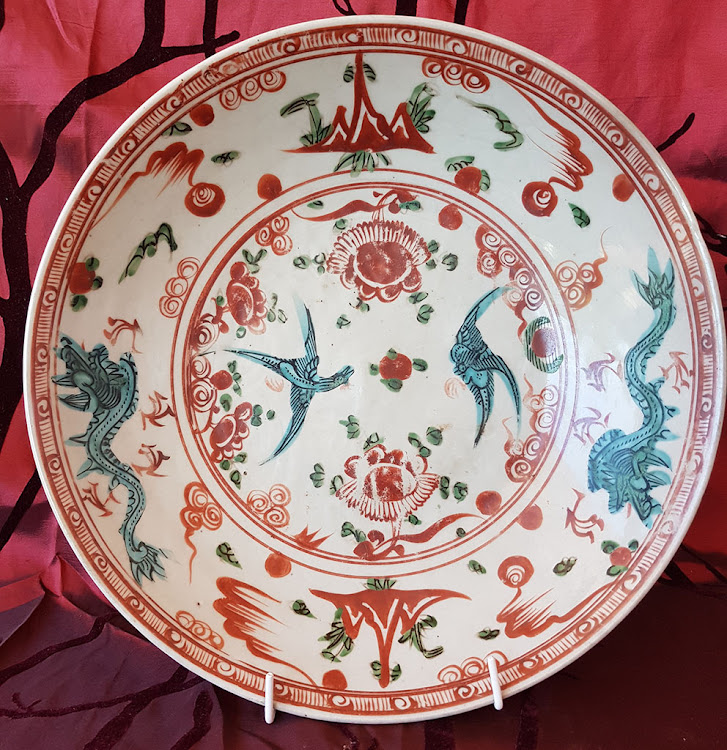 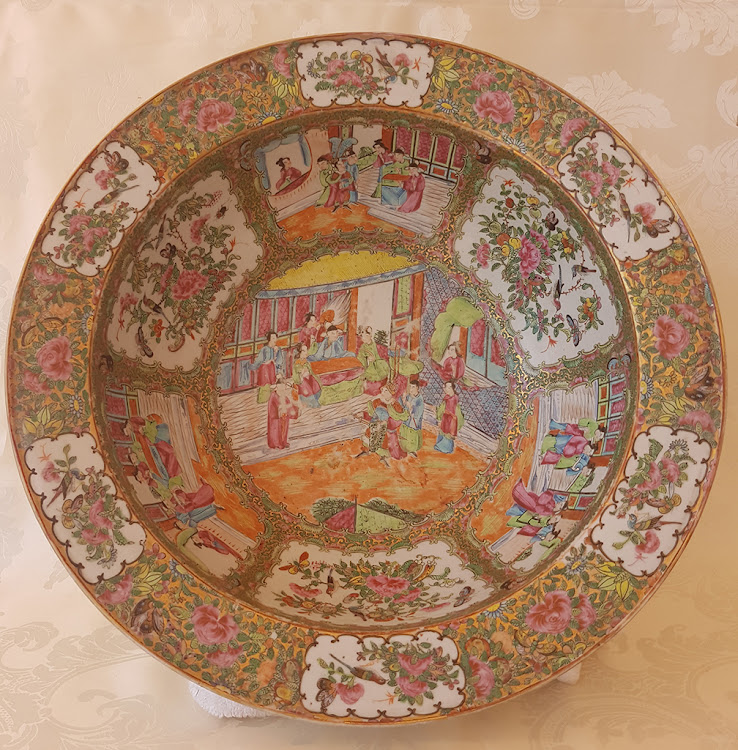 There has been a significant increase in interest in the jewellery designs of not only internationally renowned design houses - the likes of Cartier, Tiffany and van Cleef & Arpels - but perhaps more particularly those by individual jewellers, silversmiths and goldsmiths of the 20th Century. They are now serious hot property! Items that show strong emerging aesthetics of the time in which they were made, and that are signed by designers who became well-regarded over time, are vintage items that collectors are now investing in. The details add to the overall story.

Such treasures are beautiful expressions made of precious materials that can be enjoyed and worn today to express one's personal design sensibility. At the same time they are pieces in the puzzle of design evolution. I’ve noticed particular interest in the signed vintage jewellery from Scandinavia - the individual designers who worked for Georg Jensen exemplify the modern aesthetic - and also those produced in South Africa by such ground-breaking craftsmen as Erich Frey, Kurt Jobst and Margaret Richardson. 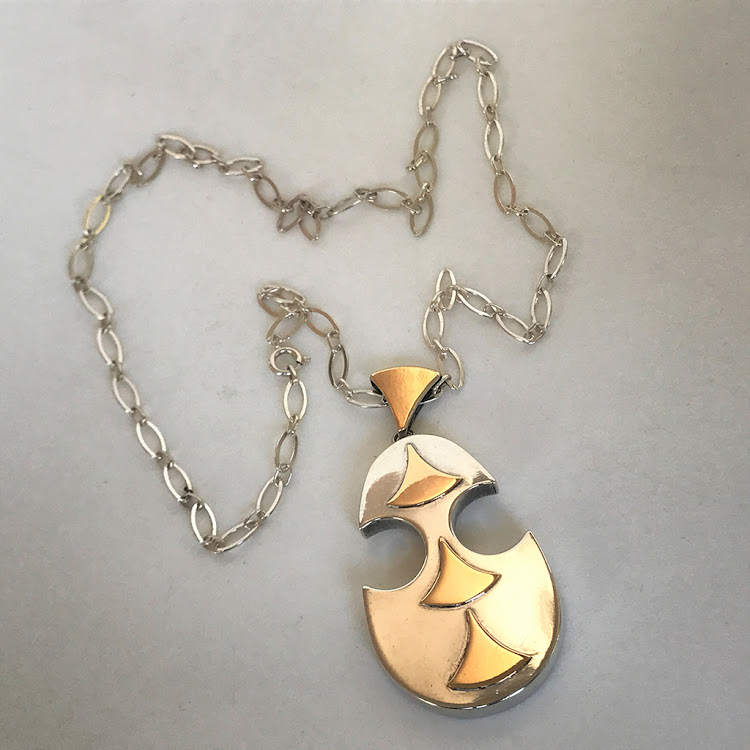 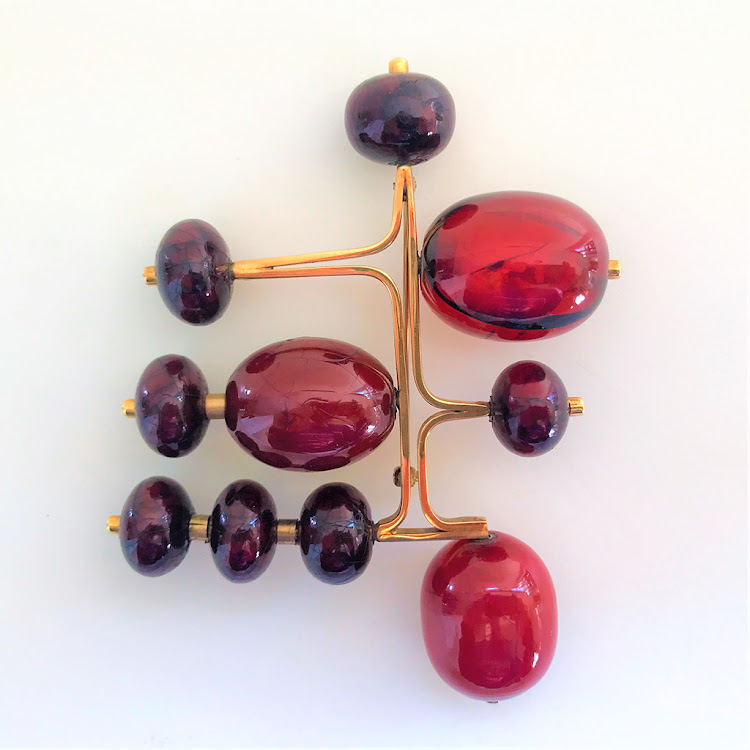 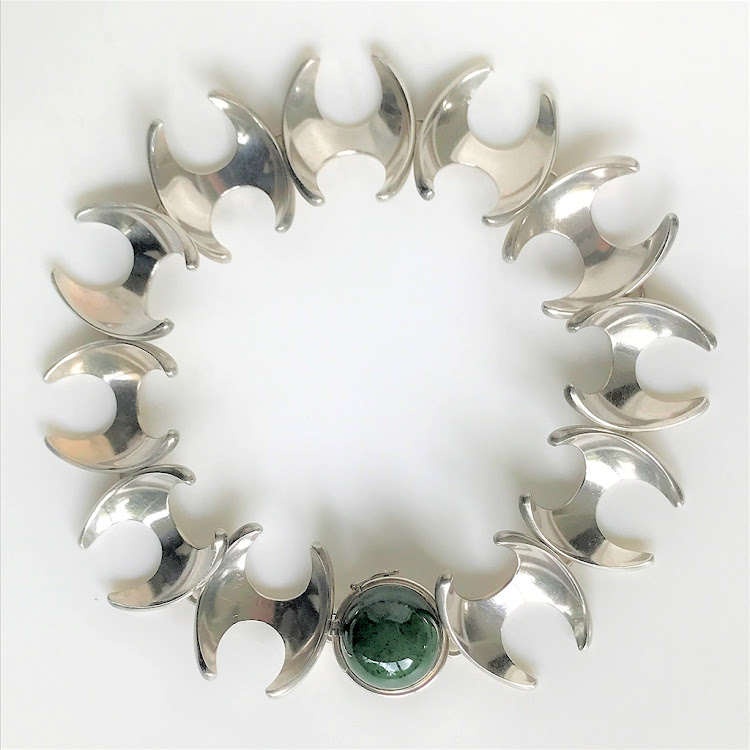 Christo Coetzee (1929 - 2000) was one of the leading South African artists of his time.  He lived, worked and exhibited in London, Paris and Spain from 1954 - 1972.  During that time he came into contact with the European and Avant Garde and the Japanese Gutai Group and exhibited jointly with leading contemporaries like Lucio Fontana.

With all eyes on the planned Christo Coetzee retrospective at the Standard Bank Gallery in 2018, there is already a lot of interest in this iconic South African artist's work.  As was the case with Pierneef and Preller, a retrospective on Coetzee is sure to create a lot of movement in the market.

"The Harlequin Fish", (oil on Masonite, signed c. 1954-55), a fine work from his sought after London period, ticks all the boxes for a serious Coetzee collector. This piece is from a well-known collection - and is illustrated and discussed in literature. These factors - combined with their quality, rarity and condition - contribute to their value and desirability amongst collectors. In terms of financial growth, such pieces have performed exponentially better than their counterparts over the years and will continue to do so in future.

South African Designer silver by 20th century craftsmen such as Kurt Jobst. Ranked alongside international designer artists such as Georg Jensen, HG Murphy and Omar Ramsden, his silver is gaining in value and due to its relative scarcity it will do well in time to come.

A pair of sterling silver candlesticks by Jobst dates from the mid 1960’s and is illustrated on page 39 of ‘Kurt Jobst Goldsmith and Silversmith Art metal worker’. Handmade, with clean lines it would seamlessly fit into modern interiors and will be one to watch. 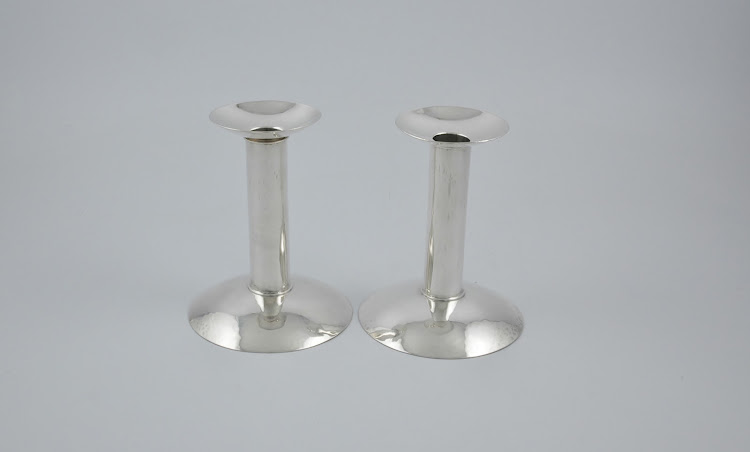 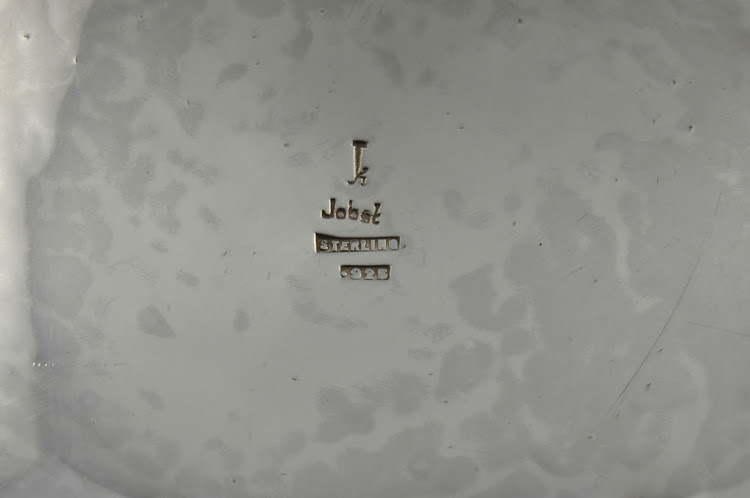 ANYTHING OF QUALITY AND ORIGINALITY, SAYS LYNN GRANT OF TAKE IT FOR GRANTED

If you choose a quality piece that is original and simple in style, you’ll get the most longevity out of it. It’s important to choose something with your heart and not your head that will marry with your home. Essentially, you need to love it enough to keep it in the future. Don’t let fashion dictate!

Because of their age and rarity, I believe the appeal of antique pieces is timeless, but it's the way in which we reinvent them today that puts them into the here and now. The most successful collectors are the ones who dare to be different, and are not afraid to take chances and be bold. They collect individual pieces that are outstanding in their own right, and are thus valuable, and they follow different avenues as their various interests draw them. 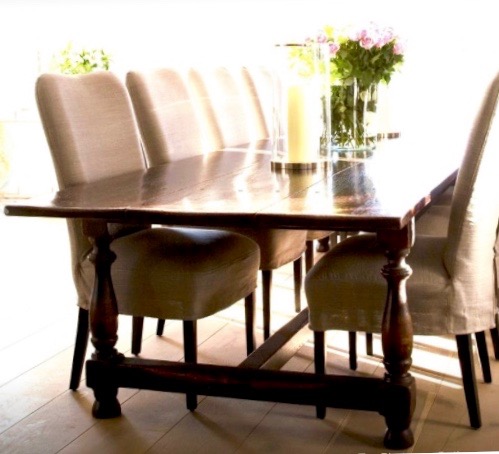 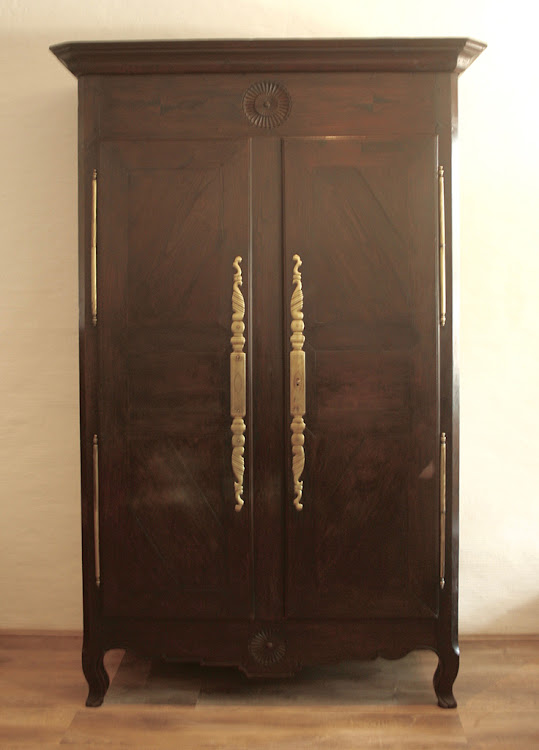 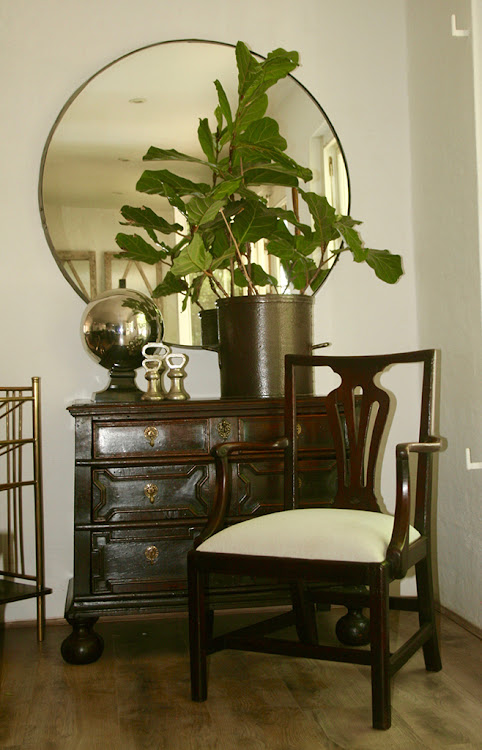 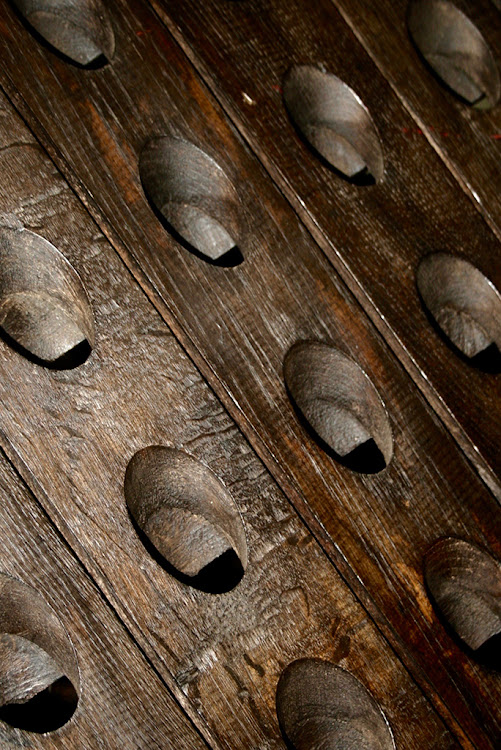 The SAADA Antiques, Art & Design Fair launches this week and has moved to the Killarney Country Club. It runs from Friday 10 to Sunday 12 November, 10am to 6pm daily. Visit www.saada.co.za for more info.

You heard it here first: hold fast to your antiques

These are the antiques you should be hanging onto

In with the old: Three local experts in the field agree that antiques are on the up and there are a couple of pieces you should definitely not be ...
Style
2 years ago

Art and antiques auctioneer Stephan Welz & Co puts a toe into the primary art market
Art & Design
2 years ago
© Wanted 2020 - If you would like to reproduce this article please email us.

Get the picture: What you need to know before ...