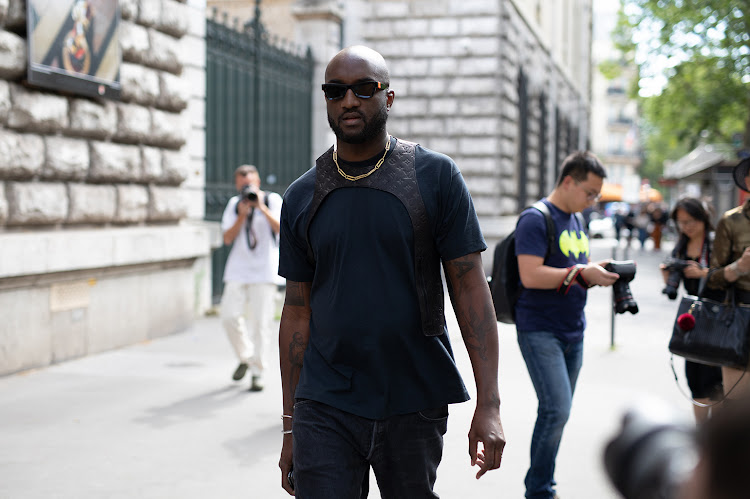 Virgil Abloh’s death on November 28 has come as a shock to many. The 41-year-old fashion icon passed away from a rare form of cancer after a private, two-year battle. Abloh was the artistic director of the French fashion house Louis Vuitton and CEO of streetwear label Off-White.

“We are devastated to announce the passing of our beloved Virgil Abloh, a fiercely devoted father, husband, son, brother, and friend,” it reads.

“For over two years, Virgil valiantly battled a rare, aggressive form of cancer, cardiac angiosarcoma,” it continued. “He chose to endure his battle privately since his diagnosis in 2019, undergoing numerous challenging treatments, all while helming several significant institutions that span fashion, art, and culture.”

From his early days of interning at Fendi with Kanye West and screen-printing Ralph Lauren deadstock blanks, to DJ-ing at Lollapalooza, Abloh was a much-needed culture shock for an industry trapped in “old-money” anachronisms and exclusivity. As the statement emphasised, even after his diagnosis “his work ethic, infinite curiosity, and optimism never wavered… Virgil was driven by his dedication to his craft and to his mission to open doors for others and create pathways for greater equality in art and design.”

The engineer, architect and appropriation artist’s efforts are striking in their minimalism and subversiveness
Fashion & Grooming
9 months ago

Abloh’s junior degree in civil engineering and Master’s in Architecture gave his work — oft misunderstood and ridiculed — a depth and influence that will cement him as a fashion and design icon.

He was the first American of African descent to run a French fashion house and was named one of the 100 most influential people in the world in 2018. Despite breaking through bias, barriers and borders, his philosophy and design is controversial due to his “ironic detachment”, heavy appropriation and borderline plagiarism, yet, the legitimacy that his stint at an established house showed that his design is not a gimmick but rather creative and philosophical genius.

The combination of art, architecture, craft, design and music allowed Abloh to encapsulate contemporary culture. His work always had depth, contextual layers or references. His practice walked a neat line between accessibility and affluence; focusing on representation as well as redefining luxury items.

As an innovator, trendsetter and boundary-breaker, he spearheaded the industry’s modernisation into the 21st century.

Abloh opened the doors for historically underappreciated, yet widely appropriated talent and people to flourish and finally achieve their deserved recognition.

His rich experience and genuine devotion to his craft and the people around him created a legacy that has been ended too son.

To celebrate such a diverse and meaningful life, people should not “rep” orange zip tags on their shows or the garish baroque Off-White tees, but rather represent the meanings behind those design choices.

In streetwear brands, in which branding reigns supreme, Abloh granted a discerning depth to every design quirk. Redefining, re-representing and revolutionising fashion — it would be a great pity to relegate him to branding when it is his design, ideology, philosophy and influence that really matters.

Project Geländewagen will see fashion and art collide with automotive design for a good cause
Cars, boats & planes
1 year ago

From photocopy machines to runway: Virgil Abloh makes his debut for Louis Vuitton

Top fashion houses in race for the 'edge'

New appointments at Louis Vuitton, Dior Homme, Celine and Burberry look to the street to inspire new aesthetics
Fashion & Grooming
4 years ago
Next Article
© Wanted 2022 - If you would like to reproduce this article please email us.