When sales of red lipstick are on the rise, chances are we are going through a serious fiscal downturn 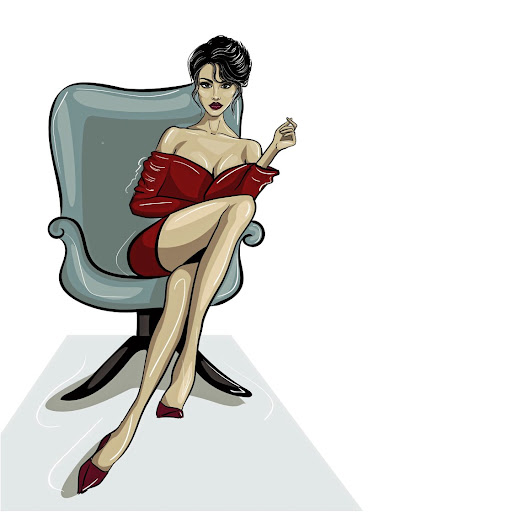 The idea that serious economic indicators are tied to the so-called frivolous vagaries of fashion is amusing. The seemingly random aesthetic choices we make appear to offer a direct insight into how things are panning out in the general economy.

If, for example, sales of red lipstick are on the rise, chances are we're going through a serious fiscal downturn. Leonard Lauder, scion of the Estée Lauder school of economics, claimed that sales of his companies’ red lipstick shot up dramatically after the 9/11 attacks. The economy not so much. After that pronouncement, the lipstick effect became a thing.

Economists went into overdrive attempting to understand what this season's shade of red could possibly mean. They concluded that sales of expensive-looking tubes of red lipstick were a substitute for more dramatic luxury expenditure.

More interestingly, the red lippy was a form of signalling, according to evolutionary biologists.

Like our simian counterparts and their glowing bottoms, the ladies were showing their availability to expensive mates without having to fork out hard cash on designer handbags, shoes and such, because they basically couldn't afford those more pricey signals, given the downturn.

In the Journal of Personality and Social Psychology, researchers concluded that “recessionary cues ... decreased desire for most products but consistently increased women's desire for products that increase attractiveness to mates”.

Which is why economists have been seriously studying skirt lengths for the longest time. The rise and fall of the humble skirt as it travels up and down the length of the leg is a handy measure of how much spare cash is floating in the fiscus. Short equals boom, long means bust. This was the scintillating hemline index coined in 1926 by economist George Taylor.

I can’t even begin to understand how this translates to the fashions of the Middle East where coverage is pretty full-on. Maybe there’s a study on what women are wearing under their burkas and how it correlates to the price of crude oil?

The latest foray into fashionable economic indicators is the high-heel index. A certain Trevor Davis, a former consumer products expert at IBM, has been keeping tabs on trends in heel height by analysing social media influencer trends and consumer preferences and cross-referencing these with more general economic indicators. When there is a downturn in the economy heel height initially goes up, but if the economy remains in a recession, heels go down.

Much like with the lipstick, Davis concluded that people use fashion to get through tough times: “We interpreted this as an initial pursuit of glamour to counteract the cold economic winds, but with lengthy downturns, an austerity mindset shifted the consumer mood and less ostentation became the norm and heel heights declined.”

What does it all mean, you might ask? On the one foot, so to speak, we have a rising heel as seen on Beyoncé, Lady Gaga and the TikTok hashtag #pleaserheels. On the other foot, we have the bizarre revival of the Croc — flat footed at best.

I read this as a basic form of shoe dissociative identity disorder. Schizophrenia of the shodding variety. If economists can explain what's going on, they'll be ahead of the fashion curve.

Quick questions with lifelong photographer, and passionate champion of the arts Saki Zamxaka

A numbers game: From the number of looted artefacts from Africa to the largest art collection in the world

Here are a few numbers worth knowing
Voices
9 months ago

The Rich duality of beauty and fear

Light and darkness snake through this fashion icon’s solo furniture exhibition
Voices
9 months ago
Next Article
© Wanted 2022 - If you would like to reproduce this article please email us.