FREE TO READ | As temperatures drop, Wanted turns up the heat with its April issue

Cosy up with our new issue — a collection of coveted winter fashion, smart reads, and everything in between 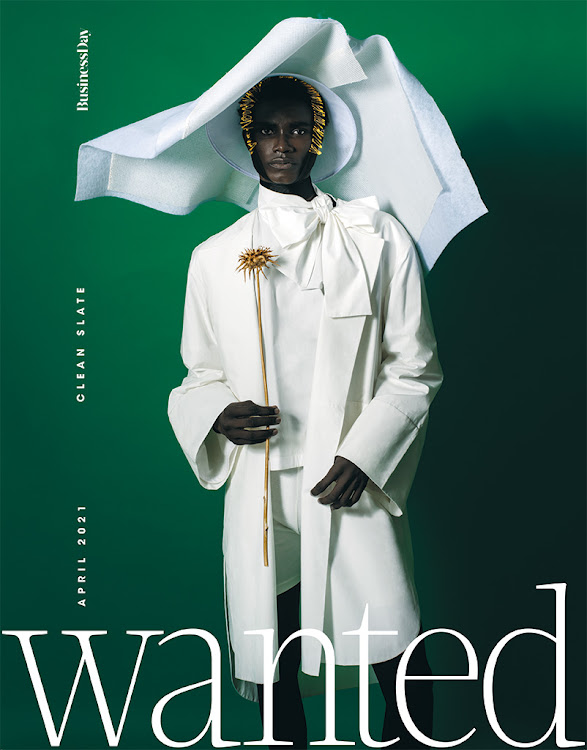 A side effect of spending more time at home has been spending more time with the dogs. Let me rewind, before spending more time with the dogs, plural, there was the acquisitive phase. It seems that the plague has had a knock-on effect on one’s predilections for acquiring quadrupeds. We spent a lot of mental space and energy on the question, and it became increasingly clear that we must double up on dogs. We had one, Frederic, a rescue. Now we have two. Young Joan entered stage left. A long-haired miniature dachshund who plays me, Fred, and the rest of humanity like a Stradivarius violin. She is an evil genius. Albeit a very low-to-the-ground one. We are not alone in this dog thing. This is also a global trend.

I gained a dog, but I have lost a lot in this past year. Five pairs of designer shoes. Including two pairs of leopard-print Louboutins, which, to be fair to the dogs, had probably outlived their style life cycle with the rise and demise of Theresa May’s political capital. They all met with the prehensile jaws of Freddy — he is a cross between a Shar Pei and a husky, or at least that is the spin the SPCA put on his questionable lineage. He has great taste in shoes. Joan made inroads on a Birkenstock but, being of diminutive stature, the damage is barely visible. To make up for it, she took out the carpets. Due to her proximity to ground level, I never really catch her at her ablutions. It is a problem.

Most recently, the tag team in domestic crime ate my AirPods. I assume that is the case because one is entirely missing — probably travelling down a canine alimentary canal. The survivor was being gently ruminated upon when I made this horrific discovery.

I am lost. I realised that I am very much a person of the moment, a real audiophile. It is a global trend. Valuations of digital-audio-driven apps are through the roof. (Read Zodwa Kumalo-Valentine on Clubhouse and Dave Gorin on high-end hi-fis to get the full picture.) But I already know why. My AirPods were my lifeline. When I was confined to running up and down my driveway during that heinous early lockdown, I listened to all the podcasts. I finished them. When I cook up the Ottolenghi I listen to Fip — a French radio station streaming directly from Paris. Imagine that! The sexy French continuity announcers parlez vous-ing in my ears are a proxy for actual travel. Also, for other things. Novels are my stock in trade as I drive from spot to spot. Zoom meetings are always with me as I circulate around the house, trailed at every step by the dogs. I have become an adept signer — I point to my AirPods and mouth the words “Sorry, I am listening,” and everyone knows I am in the audiosphere. And, by extension, to leave me alone.

The quadrupeds have struck a real blow. Who really needs high heels in these days of sweat pants? And carpets are overrated. But my listening pleasure has been compromised. The comforting voices in my head have been silenced. The dulcet tones of David Runciman talking politics have been muted. I am bereft. I gained in dogs and lost an entire universe. And it’s only been a day.

• Aspasia Karras is acting editor for Wanted, and publisher at Arena Holdings.