Electric lead: Tesla ahead of the pack as shares trade at an all time high 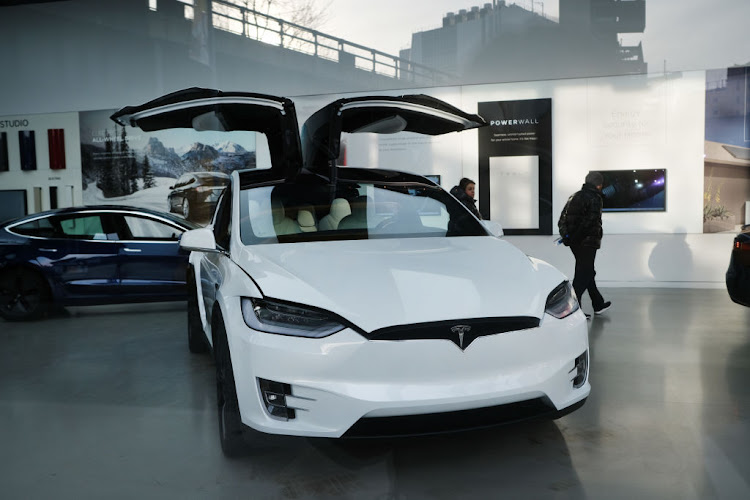 It’s hard to overstate just how well Tesla has done at the luxury end of the motorcar market. Tesla sold just under 90,000 vehicles in the first quarter of 2020, a new record. CEO Elon Musk is having a good year.

Sceptics tell me that when Daimler Benz and BMW eventually start making electric vehicles, then Tesla will be toast. If that is true, why is Tesla breaking ground on a new manufacturing plant in Berlin to sell its cars to rich Germans?

I keep hearing stories about new “Tesla killers” coming from upstart electric-vehicle companies but nothing seems to come of these. British inventor and industrialist Sir James Dyson had a crack at it and failed. Dyson is now the UK’s richest person and is better known for his bagless vacuum cleaners.

Dyson cancelled plans to build a range of electric cars after blowing through £500-million in development costs. Its prototype SUV had an impressive range of almost 1,000km per charge, but it battled to produce the bulky seven-seater for anything less than £150,000 (about R3.2-million).

The Dyson electric-car project started in 2017, and at one point employed over 600 people. Dyson planned to build a manufacturing plant in Singapore and was also working on solid-state batteries for the vehicle. The whole project is on ice now.

Tesla shares are trading at an all-time high as I write — not far from $1,000, and giving the company a market capitalisation of $174-billion. That is more than most of its competitors in the motor industry put together. Buy this one.

What will the impact of Covid-19 be on the luxury-goods sector?

Sales for luxury brands have dipped since the outbreak of coronavirus, but the long term impact on the sector is yet to be seen
Voices
2 years ago

How will the beauty industry adapt in the face of the Covid-19 pandemic?

The luxury-goods sector has not escaped the effects of the coronavirus disaster; but cosmetics, haircare and fragrances deserve a closer look
Voices
2 years ago

Why online travel agencies are an exciting investment opportunity

Now might be a good time to consider online travel agencies as a viable investment opportunity, writes Paul Theron
Voices
2 years ago