The British sculptor's works leave one with more questions than answers

Licking the walls of a gallery until your tongue bleeds is an extravagant act. And while it was, according to the artist Thomas J Price, an exploration of the art of portraiture, it was also an event that catapulted the London sculptor to the top of Twitter feeds and artzines. Admittedly, this took place during his college days, and now the 35-year-old has thankfully moved on. 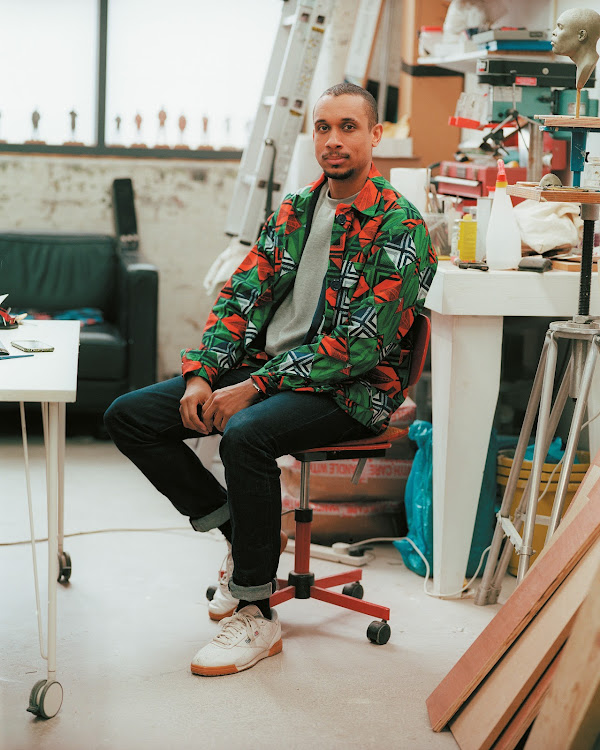 If there was ever a piece of sculpture that was particularly pertinent to SA’s current conversation, this is it. “A lot of my work is about having a look at the systems and the physical objects – art and sculpture that we create to present ideas of success and affluence as a nation and on an individual basis,” he explains.

“The Romans have images of their emperors and my work looks at individuals from today, from contemporary society who have never received that sort of attention and it gives them the same treatment, the same level of attention. It places them in that position to see what attitudes people and individuals are bringing to them.” At base this is his work – confronting our assumptions, our prejudices and our preconceived notions of people and being.

His subjects are not real, but rather an amalgamation of a collection of sketches and photos from real life and magazines. “I talk about the work being created around an emotional framework,” he says. “There’s a level of ambiguity in each piece.” Inevitably, social political aspects of the work come through.

I talk about the work being created around an emotional framework. There’s a level of ambiguity in each piece

His biggest piece, coming in at just under 3m and part of his first solo show at the Yorkshire Sculpture Park, saw a young man in a puffa vest and jeans, checking his phone. The public’s reaction was interesting – assumptions ranged from riot protagonists to drug dealers, when at heart, the work, titled Network, is just a man checking his phone. He is an everyday, everywhere man. “I’d never call them heroes,” says Price.

“But obviously there is that connotation when you start presenting people in a particular medium – casting them in bronze, placing them on pedestals, you are elevating them. For me their power comes from the fact they don’t have to be heroes, they don’t have to be anything other than what they are to receive that sort of attention, to receive that treatment, to be placed in that psychological place.

“It’s that shirking independence from outside judgment that gives them their monumentality. It’s not really based on scale as such, which is why they never catch the viewer’s eye, they never look to engage with the viewer, they look beyond the viewer because they exist whether the viewer is there or not.” A case in point is the small head that was created when Price spent a residency at the Nirox Sculpture Park in 2015.

It’s now part of the A Place in Time exhibition that is running until the end of July and is one of the smaller pieces he’s made – one, he says, that really “confronts the bombastic monumental sculpture that we’ve become accustomed to”.
Price was in residence for four months and in that time explored downtown Joburg and travelled to Cape Town. He himself is mixed race – his father from Jamaica and his mother from Winchester, an hour south of London.

Did his time in Africa have an effect on his work? “I don’t want to prescribe or set my own attitude or values on to any character,” he says. “But yes, it’s infused with lots of elements I picked up from travelling around, it’s full of a lot of emotion and resilience – the character exhibits a lot of resilience.” Born in 1981, Price grew up on a council estate in South London but won a scholarship to a private school.

Following this he did his foundation in art at Camberwell College before gaining a first-class degree in fine art at the Chelsea College of Art. He finished his education with an MA at London’s prestigious Royal College of Art. He’s spoken about the great difference between his home life and his academic career, and how this rift allowed him to see more and be more. While there’s no doubt that he’s creating important work with a global voice, at its core there is an element of activism, a push that questions the viewer’s position and attitude.

Understandably, he’s reticent to be labelled, but at this point it’s impossible to separate Thomas J Price the man and Thomas J Price the artist. He is essentially a black artist creating works that are pertinent in a world ever more aware of global race issues – from politics to pop culture, business and art, lines are drawn around colour and content is continually loaded.

“I think at the moment my particular set of experiences is probably quite relevant and possibly important to a particular area of society which is becoming more and more vocal as to its position in the world,” he explains. “I also think of myself as an artist who is black or coloured or whatever the term is these days; it has informed me throughout my life and it’s given me my particular voice and all I can do, as anyone can, is make work with my voice, my own voice.”