It's impossible not to fall in love with Azura Benguerra

It’s impossible not to fall in love with Azura Benguerra; impossible, too, not to feel rather bereft when you leave. The only solace is that you depart the same exhilarating way that you arrived: in a helicopter. As you zoom back towards Vilanculos’s shiny Chinesebuilt airport, the iridescent turquoise water sparkles below you, speckled with fishermen and lapping lazily against sandbanks as white and smooth as ice cream.

You are left wondering – was this a dream? Where did all the time go? Time has a different quality here – as silky and languid as the sea, a universe away from concrete schedules and urban urgency.  It doesn’t take long to settle into an island rhythm after arriving: a chorizo and pear salad for lunch is followed by a massage at the spa, where Linda deftly presses, pushes and kneads the stress away.

I wash in my villa’s outdoor shower and then head to the main lodge. A dhow is waiting for us a few metres from the shore, its old planks studded with fresh frangipani. We’re helped aboard and handed drinks (I opt for a Laurentina beer – what else?) as we cast off. As muscled arms pull at ropes, a big white sail sidles up the mast. As it gets higher, the warm breeze embraces it, tugging us forward. I’m handed another beer.

I close my eyes and open them again. The sun is flirting with distant clouds,
shading the sky in dreamy pinks and purples as it descends. Azura Benguerra aptly describes itself as a “luxury eco-boutique retreat”. Lining the limpid waters of a marine national park, its 18 villas were all hand built (mostly by island locals); each has been decorated with sumptuously understated flair.

Thoughtful details abound: the bougainvillea scattered across the creamy sheets at bedtime; colourful mosaics in the bathroom; a bowl of water next to my infinity pool where I can clean my sandy feet. After breakfast the next day, I squeeze into a wetsuit and hop on a motorboat. We zip across to Bazaruto island, Benguerra’s more famous sibling. Indeed, if Bazaruto is a glamorous and ever-so-brash gal, then Benguerra is her quietly radiant sister.

I trek through soft sand up a massive dune, to be rewarded at its crest with wraparound vistas of the bay where the boat bobs, as well as the island’s interior – where there’s a lake rumoured to harbour crocodiles. A wind has come up as we chop across to Two Mile Reef, where it’s time to hop into the water. With its rich marine life, Benguerra is a great spot to scuba. I don’t know how to, but luckily the snorkelling proves a satisfying substitute.

The minutes melt away as we kick about in flippers, flying over brain-shaped corral, watching brightly coloured fish dart and scatter like shards of a rainbow. I look them up on the chart later – trying to identify them from their electric blues and zebra stripes and lemon yellows. They’ve got romantic names like Moorish Idol and Surgeonfish. We head to the northern tip of the island where an umbrella, beanbag chairs and a table have been prepared for lunch.

Hungry, I demolish my prawn and corn fritters and crab salad. Back at my villa, I have an afternoon nap, lulled to sleep by the gentle slap of wavelets onto the shore and the furtive rustling of palm fronds. The next morning – still dreaming of the storm lantern lit beach dinner from the night before – I head out for a tour of the island with a guide, Sujado. He – just like half of the lodge’s staff – grew up here, and is proud to be sharing it with visitors. He explains that the island is about 11.5km long and 6.5km wide and has three villages.

We bump along sandy tracks. A red duiker darts away through dense bush. In a brackish lake near the sea, white egrets, flamingos (perching on one leg), herons and pelicans stand around, watched by a crocodile. We return to the lodge via a school Azura supports through its Rainbow Fund, which implements numerous environmental and social initiatives on the island. A village chief in a government-issue military-esque uniform (including shiny buttons and epaulettes) has finished a visit there and we give him a lift to one of the villages we pass en route, where tidy yards are demarcated with euphorbias.

When I get back to the lodge, it’s time to get my bags ready for departure. I’ve got a front seat in the chopper this time. A few of the staff members have come to the helipad; they wave cheerfully as we tilt up into the air. I’ve only been here for two nights and yet they already feel like friends. I wave frantically back at them until they veer out of view. Some goodbyes are harder than others.
azura-retreats.com 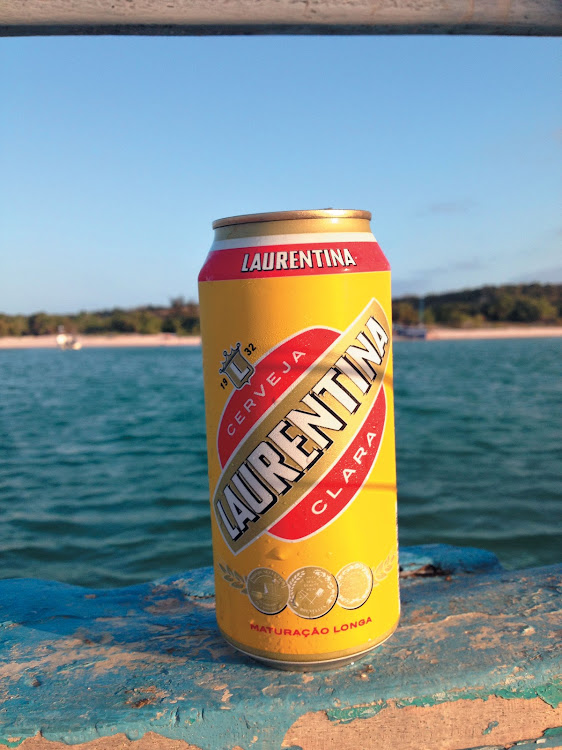 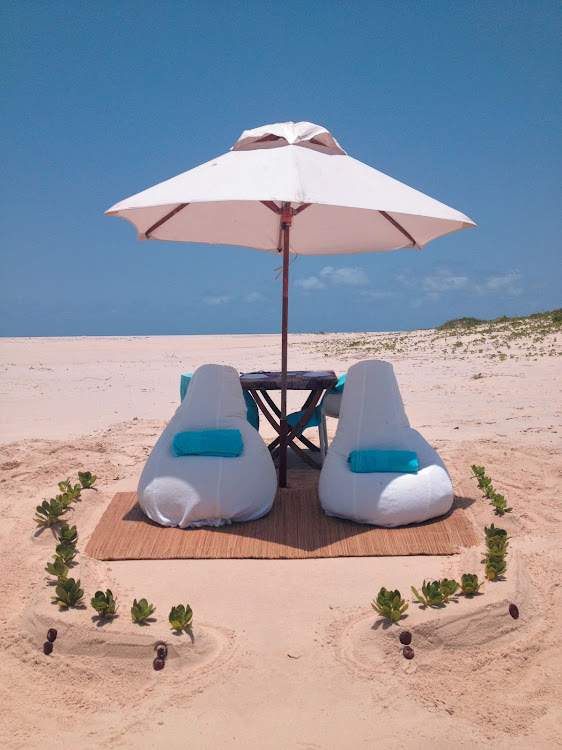 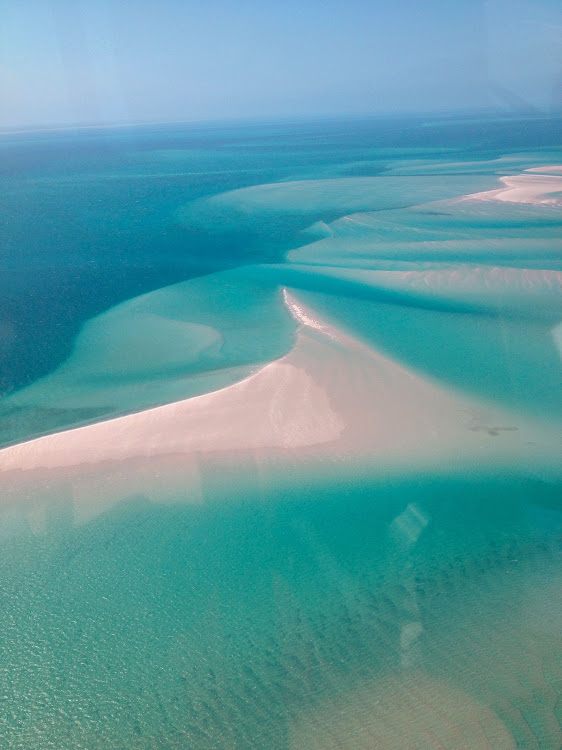