Avoid overworking yourself, and make time to be idle ... Seriously, it's the way forward 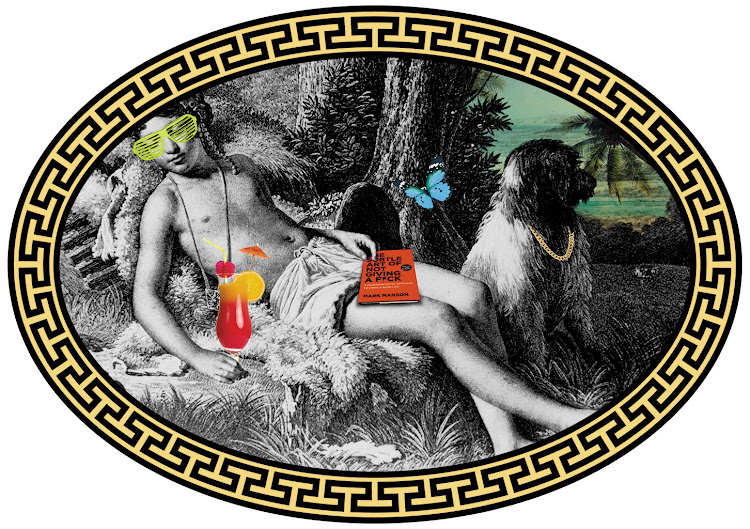 Idling doesn’t get good press. Idlers are routinely categorised as scrounging lay-abouts and no-good parasites. If you want to benefit from society’s offerings, we’re told by the powers that be, then you’d better get up early and spend most of your time suffering. If you’re good, if you work really, really hard, then you’ll get a bit of money and a two-week holiday each year.

Well that is not fair to us. In fact, idling has a long and noble heritage. Not only that, idling is completely free and is very good for your health. And it’s fun. What’s not to like?

I suppose the original, inspirational idler must be Socrates. Here is a man so lazy he never bothered to write anything down. He didn’t charge for his teaching because, I imagine, chasing his students for his fees would be all too much trouble.

Instead he just sat around doing nothing, asking questions in the marketplace. He would tilt his head quizzically and say, “really?” when in conversation. And in so doing, he invented a new science of living called philosophy and became probably the best-known philosopher in the world. That was thanks to his pupil Plato, who was so entranced by this outstanding gentleman that he wrote down everything he said. That overworking maniac Elon Musk has said that no one changed the world on 40 hours a week. Well, Socrates changed it on zero hours a week. And he is not alone: there is certain type of spiritual guru who manages to change the world by doing very little. Another example of a great idler would be Lao Tzu, the great Chinese sage of ancient times. He was a contemporary of Confucius, and while Confucius went around telling everyone to polish their manners and behave like a good citizen, Lao Tzu invented an opposing philosophy called Taoism. Tao means “the way”. And its principal tenet is “do nothing”, an idea expressed in the two words wu wei. Instead of forcing things in the wrong direction, you go with the flow.

There are two other very important spiritual leaders who never had a job: the Buddha and Christ. The Buddha, says the legend, was a prince who lived quite the royal life and wandered around in a forest, meditating under trees. And Christ, of course, never took up his father’s profession, preferring to wander around asking difficult questions. Perhaps his most energetic act was to turn over the tables of the money changers. And in the Sermon on the Mount, he offers the most beautiful hymns to doing nothing: “Consider the lilies of the field, they toil not, neither do they spin.”

The early Christians attempted to follow the lead both of Christ and of the ancient Greek philosophers. They created peaceful retreats called monasteries, where they lived quietly, engaged in contemplation, and avoided work. Later, we have the shining example of St Francis of Assisi, who rejected the life of a merchant which his dad, a successful fashion retailer (an Armani of his day), had all planned out for him.

St Francis took idling a step further than previous monks and became a mendicant friar, meaning a bum who wandered about and wasn’t tied down to any one place. He was a holy beggar with Socratesian elements: after all, Socrates had chatted to people in the marketplace, wore very simple clothes, and had a beard.

So if idling is so good, why are so many modern societies against it? There are two answers. One is the Reformation and the other is the Industrial Revolution. First the Puritans came, and then the capitalists, and both taught us that sitting around doing nothing was likely to lead to drinking, formication, and other devilish pastimes. Instead, we should all work hard and keep ourselves busy. Idle hands were a no-no.

The black-hatted Puritans rose up in the 16th and 17th centuries. They were appalled by the corruption of the popish clergy. They followed the reforming monks Luther and Calvin and reckoned that the church had grown addicted to wantonness and luxury, and that things must go back to basics.

As if that wasn’t bad enough for idlers, we then had to put up with the Industrial Revolution. The ethic of “industry” rose up against the ethic of “contemplation” and we found ourselves slaving away in new buildings organised for efficient production called “manufactories”.

William Blake called them “dark satanic mills” and it wasn’t till the 1840s that a new law came in limiting the working day to 10 hours. That’s because people like Charles Dickens had told the world about the obvious injustices of the unregulated capitalism: women and children were literally dying in the factories — dying of overwork.

And overwork is still a massive problem today. A recent study by the International Labour Organisation showed that 2.3-million people die every year from work-related causes. That means work kills far more people than war: in 2015, 167,000 people died in armed conflicts. The same study reckons that more than a third of people worldwide “suffer from excessive pressure on the job”. That means, I guess, they hate their work.

The answer to these woes would seem simply to be more idle. But being idle is not easy. In fact, Oscar Wilde said that doing nothing is the most difficult thing in the world. That’s because everyone around you seems to be engaged in non-stop hustle and bustle. So you need to be strong. You need to take care of yourself. You need to understand that overwork helps no one (except, maybe, the shareholders of the company your work for). It will destroy your health and happiness and possibly the health and happiness of those around you, because none of us lives in a vacuum.

Last week I asked the great cleric and former archbishop of Canterbury Rowan Williams for his idling tips. He told me he starts the day with half an hour of contemplation. He avoids multitasking. And he switches off all devices when he travels. “I read, I stare out of the window, and doze. I take every journey as a gift.”

In the UK, the Labour Party is talking about the four-day week. This is a truly progressive policy and was mooted by such greats as Bertrand Russell and Maynard Keynes in the 1930s.

That would be nice. But we can’t sit around and wait for governments to provide more idling time. We all need to find our own idling strategies. Mine are fairly simple. I go to bed early with a book (I leave the phone downstairs). I drink good beer. I go for walks. I take a proper lunch break. I take a nap when I can. Instead of taking the Underground (I live in London), I cycle everywhere. And every now and then, I stop, and look up at the sky, or sit on a bench. Above all, I refuse to feel guilty about idling. Idling is good for the soul. Nice and easy does it!

• Hodgkinson is the founder and editor of The Idler magazine.

Travel trends: Personal fulfillment is the new luxury and brands are taking note

Intellectual travel is the latest traversing trend. Richard Holmes schools us in it
Travel
1 year ago