For lovers of finely crafted mechanical 'toys', a belt with a price tag of R1,2m is a steal for something that keeps your pants up 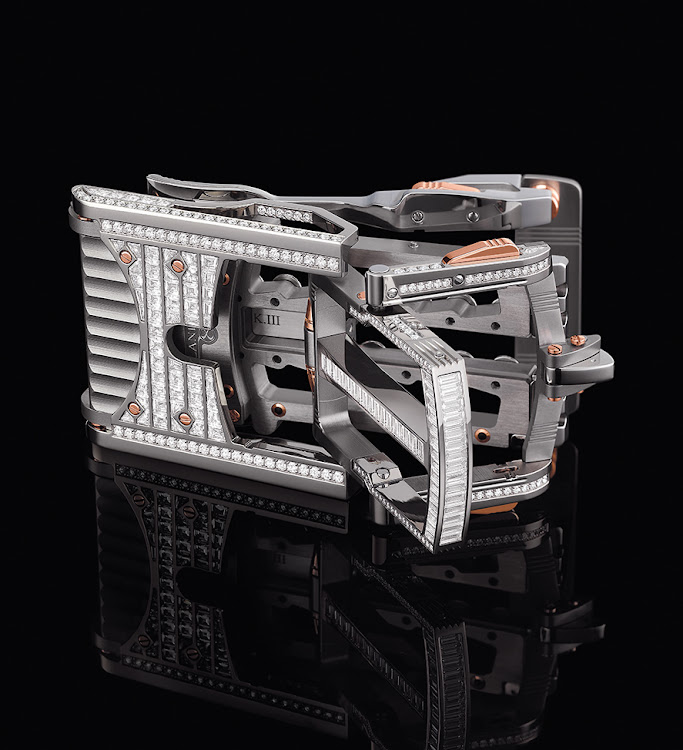 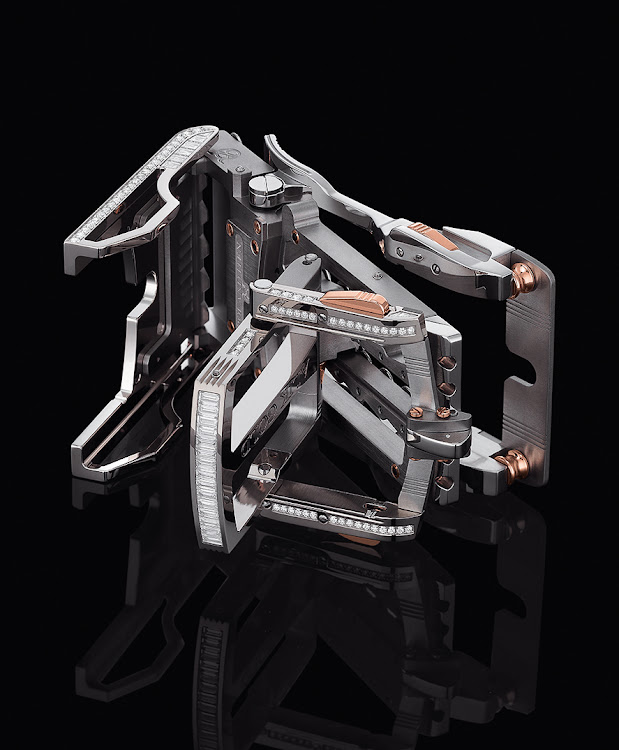 A belt with a price tag of R1,2m may seem steep for something that keeps your pants up. A belt from H&M will probably do its job and so too will a Toyota Yaris, unless you understand the special connection and thrill one gets from such mechanical toys such as a Bugatti Chiron.

I met designer and inventor Roland Iten at the Salon International de la Haute Horlogerie (SIHH) in Geneva through a friend at Cartier. A few years back, Richemont had taken a keen interest in this man’s business and for good reason. Hailed as the pioneer of luxury mechanical objects, Iten shifts the mundane into a universe of high precision for rich men who love their gadgets.

“A love for toys has nothing to do with age, geography or personality. From a reclusive billionaire to an out-going entrepreneur, it’s about a love affair with gadgets that starts at an early age and a playfulness, which lives on in men,” says Christian Zorweg, director of Buben & Zorweg, designers and manufacturers of luxury watch winders and safes. Keeping predators out while impressing the guests, inside one of these bespoke safes the lineup of coveted gadgets now extends beyond clocks and rocks to limited edition mechanical belt buckles by Iten, if the gentleman owner is worth his weight.

His more recent creation demanding of safe keeping, the ‘Diablo’ features a 60.66 carat diamond and is a one-off worth untold millions of dollars. In a less limited edition of three, his 14.15-carat diamond-set Calibre R822 ‘Predator’ sells for around R7,5m. Fear not, if you’re in the market for a unique toy with a more ‘affordable’ tag. His mechanical buckles start at around R320000 for something less ostentatious in steel, gold and titanium.

His first mechanical belt buckle, the “Calibre R8 MK I was an evolution of a very simple three-component expandable mechanism created for Bally in 1996 as part of a duty free range”.

At the same time he was designing watches for Carl F Bucherer and got to know the Swiss watch industry and the world of fascinating, highly precise mechanics. “When you make a watch you have to think for the next five years. I was doing a lot of metal hardware for various brands and got the idea to use the watch industry. I also hated belts and nobody was innovating them.”

When I launched my first collection in 2004, one of my first clients was a prominent attorney in Milan who is also a leading historian of the belt buckle and an avid collector. He had already printed three volumes on the belt buckle, from its inception around 300 BC up to the 1950.”

The belt was originally designed to carry your sword or working tools. When you were sitting, you took it off. “Now in the fashion world actually you sit down and you suffocate. It wasn’t until the late 19th century that the belt evolved into an ornamental device to hold up your pants.”

An image of Iten’s belt was chosen for the cover of the fourth volume, focusing on the modern belt buckle. The author’s reason for choosing it was because “Iten’s belt designs have put the functional utility back into the belt buckle for the modern man”.

Longevity is a key component in Iten’s universe. “I like things that are above fashion, above trends. I love the watch industry and brands like Vacheron Constantin, Rolex. When you buy a product, a watch, you buy a little time recorder. It becomes a little part of you, part of your personality. It’s like a familiar face, a friend.”

Fascinated by this connection, he wanted to create more products that were above fashion. He designed the world’s first calibrated cufflinks, and a mechanical credit card holder because “men shouldn’t walk around with wallets the size of a Big Mac”.

“For longevity, to make a belt something that you really love, it needs to be comfortable and that’s why it needs to have at least two positions: the sitting position and standing position.” This also accommodates an expanding waistline, which often follows closely behind success.

“Ownership of an item is another thing. You can buy it but do you immediately ‘own’ it? No! Products need to have a little skill built into them, a little learning curve, like riding a horse. When you buy a horse you don’t own it, you need to ride it, then it becomes your horse, a friend. Same thing with a Bugatti. Same with my belts.”

Slipping “the smallest Bugatti in the world” (limited to 22 pieces at about R1,2m each) around my waist, was as effortless as Iten’s sales pitch. Having designed a number of watch clasps in the past for Chanel “so that women could easily open and close their straps with one hand”, he really understands how to make life’s little tasks so effortless, while adding incredible charm to the experience.

Each collection is created from custom made, moveable mechanical solid gold, and titanium or solid gold and steel pieces. Buckles are supported by a titanium frame, which includes titanium axles and wheels that allow the mechanics of its calibration to function without any sort of lubrication. Depending on the collection or commission, these could end up with pavé settings or a large rock as in the case of the Diablo.

The incredible workmanship extends to the leather straps, which are all made by the same manufacturer of Vacheron Constantin watch straps. “We don’t cut and paint, we fold and stitch the leather for the belts. One continuous piece of baby alligator.”

By storing the interchangeable straps in a rolled-up position, he has also eliminated the need for belt loops. The wearer can add trend colours to update their seasonal wardrobe where theStraps start at around R15000 each.

When asked what his typical day is like, he replies with a big smile, “I like to daydream as much as possible.” Despite his very precise nature, this answer also highlights another important aspect of Iten’s work and that’s to always include an element of humour.