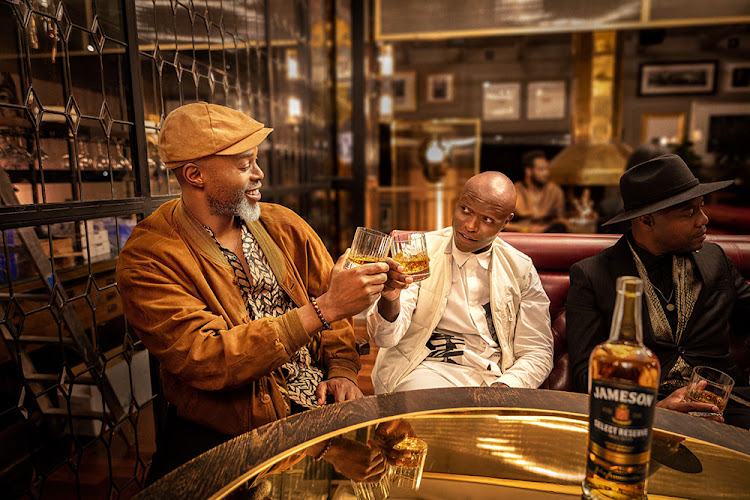 In a category where success has always been portrayed via a one-dimensional story of a single hero with a perfect journey towards achieving their goals, Jameson Select Reserve uncovers the unpopular yet true realities of success, especially in the South African context.

The Asiye campaign is a story of collective progress, grounded in the idea that success is not an individual pursuit but rather a collective effort. It shifts the narrative from the conventional “me” to an authentic and uplifting “we”.

“Asiye” is a colloquial South African term from isiZulu, meaning “Let’s go together, let’s do it together” – a simple yet powerful, action-orientated expression that inspires progress but stays faithful to the Jameson belief of inclusivity and collectiveness.

The campaign, for television, tells the stories of how each of these personalities arrived at what is publicly celebrated as an individual achievement but has been affected by many tumultuous experiences along the way, with support by many others who formed part of their journey.

Watch one of the advertisements in the campaign:

Through this campaign, Jameson Select Reserve is creating a cultural space for these like-minded individuals (and for collectives with shared passions) to come together and share conversations that spark moments of alchemy and inspire each other to build and grow as a community, widening the circle and breaking boundaries.

The Asiye campaign, which launched nationwide on October 4 2021, will roll out its digital and experiential activations for the remainder of the year. Fans can join in on the Asiye conversations and celebrations across its platforms to stand a chance to win exclusive engagements with the key Asiye personalities.

“This latest campaign is yet another example of how Pernod Ricard, in association with Jameson, always strives to create an environment of diversity, inclusion and authenticity in everything we do,” said Fiona Curtin, global communication director at Jameson.

“I'm excited to see how our new Jameson Select Reserve Asiye campaign will redefine the meaning of success by going against the whiskey norms and bringing collective progression alive in our communities. Asiye!”

Wade Bales handpicks a range of tipples, from whisky to a non-alcoholic spirit, to add to your collection
Food & Drink
2 years ago
Next Article
© Wanted 2022 - If you would like to reproduce this article please email us.