As lockdown eases, Audi accelerates into high gear to unleash a salvo of new models 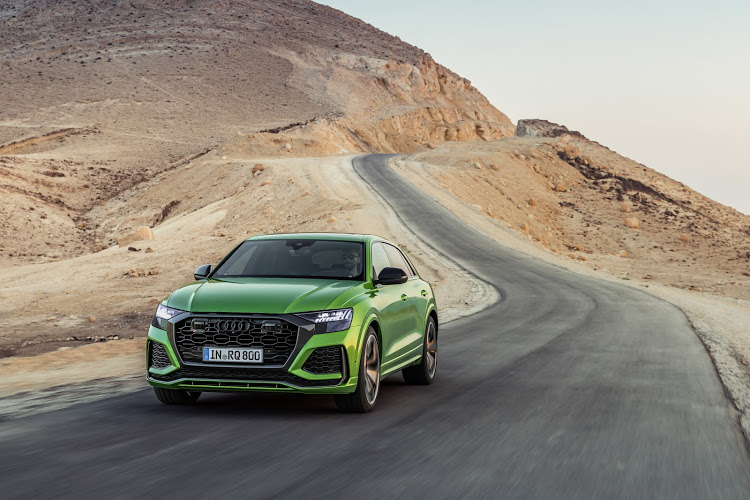 Emerging from an eased Covid-19 lockdown which saw car sales resuming in the middle of May, Audi is ready to come out all guns blazing with a salvo of new vehicles in the coming months — many of them high performance RS models.

In a virtual press conference hosted in SA on Tuesday, the German brand said the lockdown has accelerated the buydown trend experienced in the premium car market over the past few years, and the company will continue to primarily focus on its cars in the smaller A0 and A segments. These include the A1 and A3 compact cars and the Q2 and Q3 sports utility vehicles which collectively account for about 80% of Audi’s local sales.

That said, it will continue to bring in low-volume “halo” cars to satisfy the needs of Audi’s luxury and high-performance enthusiasts. These include sports models like the S7 and SQ8 which will arrive on local shores later this year.

Power, price and profligacy, all rolled in to a beautifully trimmed monster
Cars, boats & planes
2 years ago

The S7 is the up-powered 257kW version of the recently-launched A7 Sportback, while the SQ8 is a more athletically endowed 320kW derivative of the Q8 SUV.

Having recently launched the all-new A6 range in SA's shrinking sedan market, Audi will also bring out facelifted versions of the A4 and A5 before the year is out, along with an updated Q7 sports utility vehicle.

But it’s in 2021 that things will really heat up for the four-rings brand with the arrival of a barrage of RS-badged models including the TT RS, Q3 RS, RS4 Avant, facelifted RS5, RS6 Avant, RS7 Sportback, and the Nurburgring-taming RS Q8 which to date is the quickest SUV around the famed German circuit.

The RS Q8 has Audi’s most powerful turbo engine in its snout: a 4.0l V8 petrol with outputs of 441kW and 800Nm, and it’s the same unit that provides the shove in the RS6 Avant and RS7 Sportback. It also powers the S8 super-limousine which will arrive in SA next year as the only exponent of Audi’s large A8 sedan to be sold here.

The smaller RS4 Avant and RS5 are slightly milder members of the esteemed RS family, gunned along by a 2.9l V6 turbo petrol with outputs of 331kW and 600Nm.

The entry level of the RS ranks comprises the Q3 RS SUV and the TT two-seater coupe, both employing a 2.5l in-line five-cylinder petrol turbo wielding 294kW and 480Nm. 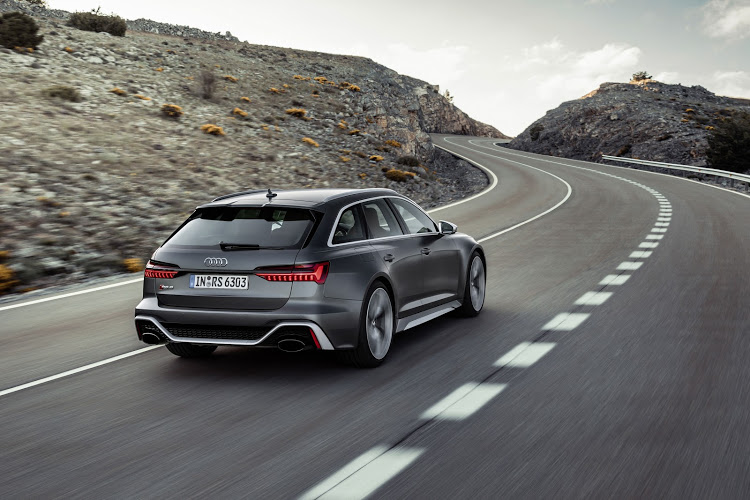 The RS6 Avant will be one of the cars powered by the heavy-hitting 4.0 V8 turbo engine.
Image: Supplied / Business Day

The facelifted R8 supercar will also emerge from Audi’s high-performance horn of plenty next year, bucking the turbo trend with its normally-aspirated 5.2l V10 engine supplying 456kW and 580Nm of huff and puff.

Even though the sales volumes may be low, the numbers under the bonnet are big, and the same will apply to the E-tron high-performance electric vehicle which is also headed this way next year.

Joining the small but growing ranks of battery-powered cars in SA, the E-tron silently whisks from 0-100km/h in just 5.7 seconds and has a quoted range of 400km.