On the eve of Turbine Art Fair 2017, we asked curators, educators and gallery owners to select their favorite artists and artworks on exhibition at this year’s exhibition, in four different price categories 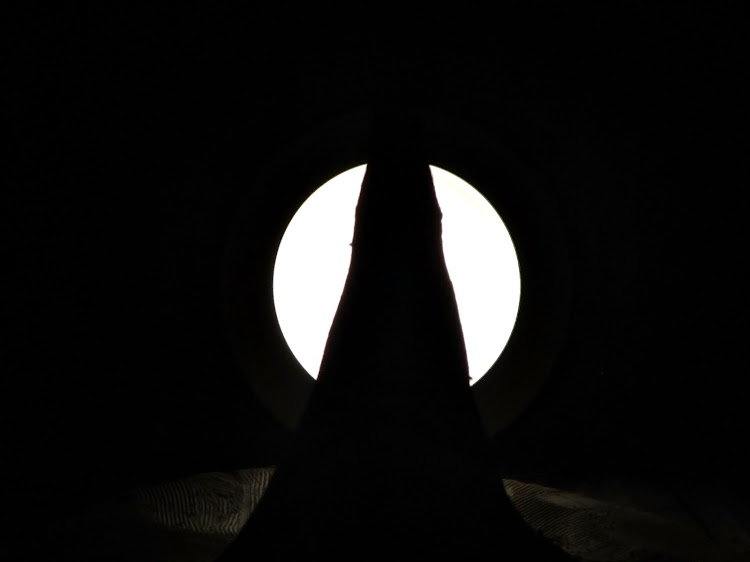 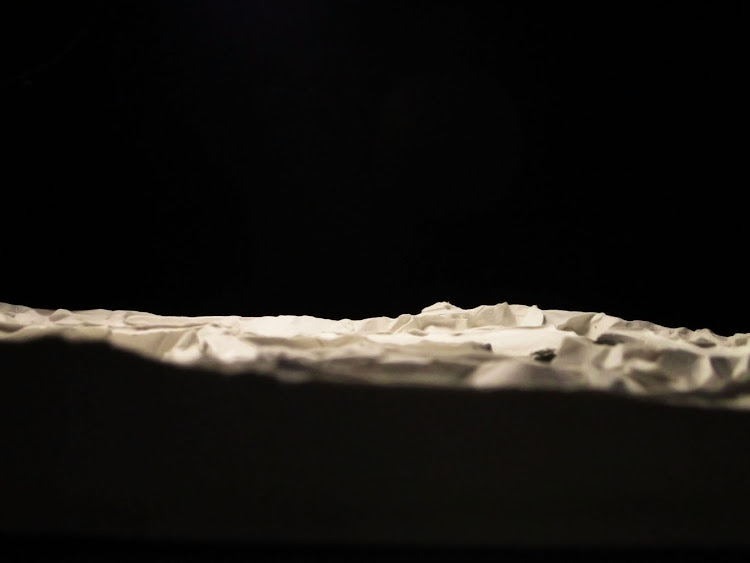 It was the complicated German artist and educator Joseph Beuys who famously said, “Everyone is an artist.” And it is consistently debated in the art world whether, with proper mentorship, even the ugliest duckling can become a swan.

This is the basis of the special project Fresh Produce, presented by RMB Talent Unlocked at this year’s Turbine Art Fair. To put the theory to the test curator Rolihlahla Mhlanga of Eyethu Gallery has gathered together 15 emerging artists for whom the stakes are high. They have spent the past six months in a career development programme supported by the Visual Arts Network of South Africa (Vansa) and the Assemblage art collective.

Programme coordinator Fleur de Bondt speaks of new artists being educated to, “assert themselves in the industry by being made aware of the interdisciplinary nature of the arts sector, and introduce them to new overtures.”

So it will be a kind of visual art Idols in a showdown at this year’s Turbine Art Fair. The winner will be the one who sells the most, and networks the best.

For Mhlanga, an artist with the necessary aptitude for a successful career is Mmabatho Grace Mokalapa. A 2015 Wits graduate with a BA degree in Fine Arts, Mokalapa is recipient of an Assemblage Studio Bursary from the African Arts Trust and is currently based there as assistant administrator.

Mhlanga says of Mokalapa’s body of work titled Night of Sense, “it appealed to me since it is a series of images of constructed environments. These environments are suggestive of an otherworldly space, separate from the familiar. It is mysterious and yet its uncanny appearance suggests a space that operates within laws of nature and a physics of a different kind. It evokes a shifting relationship between body, mind and space.”

In her own words, the artist says of her constructed worlds, “The process of my work is experimental and often moves between mediums to convey and evoke experiences with altered spaces. The physical, psychological and perceptual experience of my work is crucial to its success.” Ultimately Mokalapa wants us to achieve a “different understanding of the universe.” 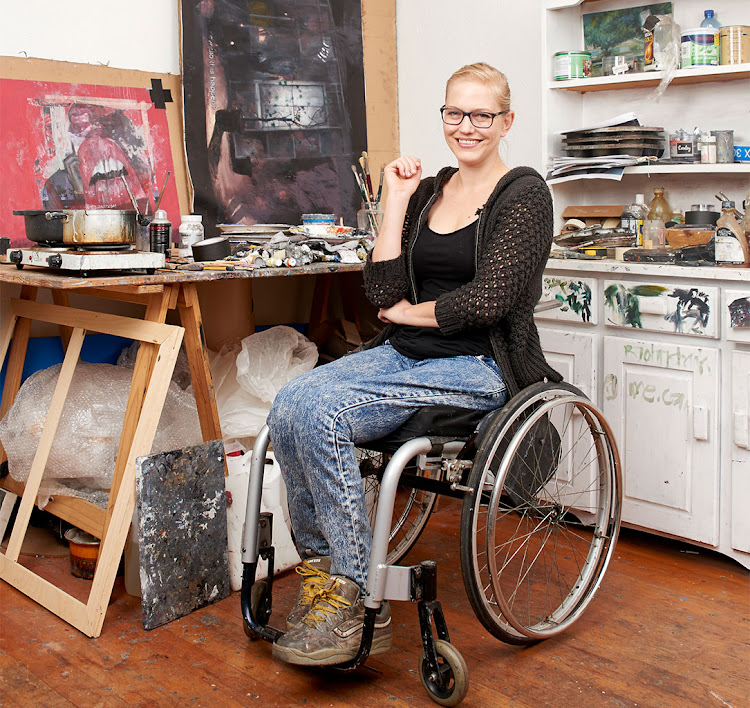 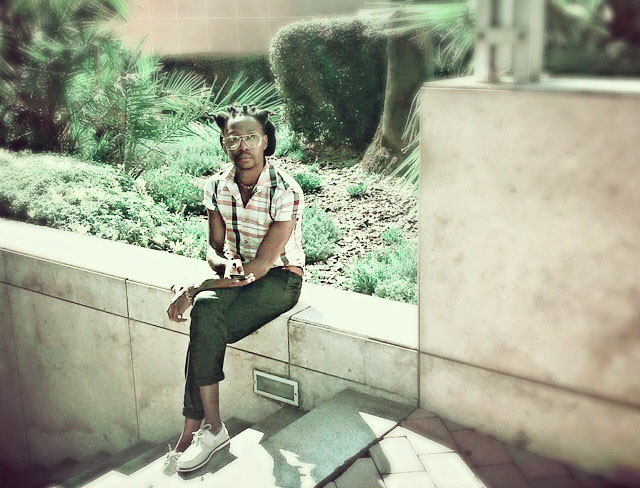 In the gallery world a painting is hardly a thing to be touched. Paintings hang in an idealised space and tend to be viewed a lot like the jeweled icons in cathedrals of the past.

In a departure from this rarefied idea, acclaimed painter and curator Jessica Webster has called her exhibition for this year’s Turbine Art Fair, Touch. The exhibition falls under the art fair’s special projects category Emerging Painters: The Graduate Show giving a much-needed airing for new talent fresh out of big school.

The concept invites visitors to the fair to get up close and personal with painting as a medium, to engage with the “textural qualities of the painted surface,” Webster says. “But it also implies a striving to pierce the boundaries between vision and the body, a line especially indicated in the museum instruction: don’t touch.”

According to Webster the painters have all used their chosen medium to express something through the surface of their paintings, albeit to different ends: “political narratives, archival research and the merely reflective.”

Of these, painter Mpho Machate from Thembisa stands out. Machate is a B-Tech graduate in Fine and Applied Art from Tshwane University of Technology.

Machate says, “I try to symbolize the journey that we choose in life by representing texture as a projection of the self: this process ‘maps’ the process of self-discovery.

“I begin with a series of walks and observations of interesting textures that I see and feel. As much as I feel the ground under my feet, my sight also contributes to touch in the way textures come to be interpreted and experienced in my mind. These walks are for me a journey towards self-consciousness and the awareness of thoughts.”

For Webster, Machate’s paintings, however abstract, focus on the autobiographical making them subtly authentic. “They represent a return to personal notions of spirituality and questions of truth - and its ruins.” These are themes apparently trending now in contemporary art.

Of the work on exhibition, Machate says, “The drips and splashes which compose the surface become infinite cosmologies of nature and the universe. They reflect the complexity of the self in the process of thought.”

Dale Sargent of the Art Vault in Johannesburg will be attending his 5th Turbine Art Fair in July.

“There’s a real energy about the fair, unlike others,” Sargent says. “It really does cater to anyone that’s interested in South African art. It’s an unintimidating fair.”

“At Turbine Art Fair you see everything -- from people buying their first piece of art through to your established collectors.”

This relaxed air extends to the work. And while Sargent will be thinking through this year’s exhibition a little more fastidiously than previously, he’s aware that it’s the unique and sought after pieces that will turn heads.

“I find the work playful and fun,” Sargent says. “Each person sees the work in a different way, which I’m sure is what Battis would have intended when he produced the work.”

Sargent has observed members of the public engaging with Battis’ naughty content before: “Someone would leave laughing; some would shake their heads and walk on; others wouldn’t let their kids near it. Everyone has a different take on the work.

The Colourful Casspir with a bead for every South African

The Casspir Project by Johannesburg-born artist Ralph Ziman is certain to be one of the most instagrammed images of the Turbine Art Fair which starts ...
Voices
4 years ago 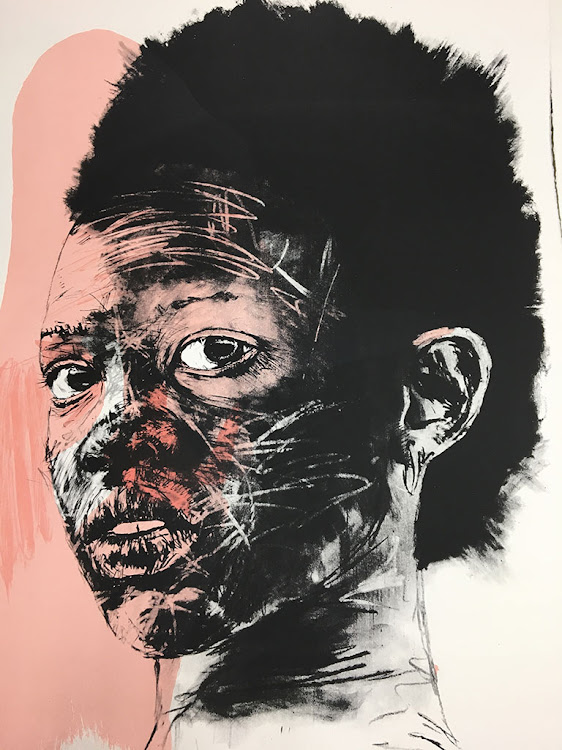 Art consultant Makgati Molebatsi says a turning point in her relationship with one of her influential black art buyers came when she visited the home of her future client and saw that there were works by Nelson Makamo hanging besides works by the famed, late exile Dumile Feni.

To be a talented collector, Molebatsi says, you must “have a keen eye and be collecting established artists alongside early career artists that are more affordable.”

In the case of Makamo the practice has served his collectors well. From humble beginnings in Modimolle in Limpopo, he has become a sought after and much-copied stylist. His most recent work on auction sold at Strauss & Co in March for a handsome R159 152 when it was expected to fetch half the price. It must have been encouraging for those who bought Makamo’s work early because they merely enjoyed his benevolent, yet somewhat saccharine take on the poorest and youngest on the African continent.

According to his website, Makamo “is particularly drawn to children in rural South Africa; he believes that they embody the peace and harmony we all strive for in life.”

According to Dale Sargent of the Art Vault, international demand for Makamo has meant that the artist has spent a good deal of time outside South Africa, and creating work for international exhibitions in past months. So new work on sale in the country is scarce. On June 23 Makamo opened a solo exhibition titled Souls of Azania at London’s Gallery of African art as part of the Mayfair Art Weekend.

“Whether it’s a portrait of a single face, or two children with their arms around each other where you cannot see the faces, Nelson just gets the emotion and the feeling right,” Sargent says. “Other artists that are doing portraits of young kids just don’t get it.

“People started buying him because he is a strong investment artist. But at the same time, at every fair I attend someone will buy a work when they have never heard of Nelson Makamo before. They fall in love.”