The Colourful Casspir with a bead for every South African

The Casspir Project by Johannesburg-born artist Ralph Ziman is certain to be one of the most instagrammed images of the Turbine Art Fair which starts Thursday 13th July. Here’s how he describes the installation

“People ask me, why bead a Casspir?

The Colourful Casspir with a bead for every South African
Image: Supplied

To me it always seemed obvious: to take this weapon of war, this ultimate symbol of oppression and to reclaim it. To own it, make it African, make it beautiful. Make it shine, yes. And to make it seen and make it felt. It’s hard to explain what I mean. But there’s a line from a Rolling Stones song that goes: “I see a rainbow and I want to paint it black...” I understand that compulsion, but for me it’s different. I don’t want to paint anything black. I just want to bead the whole f…..g world and everything in it.

Once I embarked on this course I started seeing the world in a different way... Flat surfaces to be covered by panels, anything round will be wrapped with beads and wire. Everything from an assault weapon to an armored car, a tank to an airplane, a forest of trees, a road, a house. The list goes on and on.

I am captivated by the colours, the vibrancy, the intricate detail as varied and striking as life itself. I’m dazzled by the way all of those come together as one and how the mind struggles to make sense of what the eyes are seeing. And once seen anew, what it means. I have vivid memories of the Casspirs I had seen years earlier. It was April of 1993. Chris Hani, the charismatic leader of the South African Communist Party was gunned down outside his house, in the Johannesburg suburb of Boksburg.

Hani was assassinated by white nationalists whose intention was to tip South Africa into a race war. I remember driving to Tembisa Township on Johannesburg’s East Rand where the funeral was being held. Columns of Casspirs descended on the dusty streets belching diesel fumes. Heavily armed cops shot teargas, fired shotguns and automatic weapons. And again the next day outside FNB Stadium on the outskirts of Soweto, the police and army parked their Casspirs alongside the motorway. They exchanged automatic weapons fire with ANC cadres across an area the size of a football field. Bullets whizzed overhead while hundreds of people flattened themselves to the earth.

Cops in the Casspirs fired tear gas canisters that arced across the sky spewing as they flew. The cadres set the long grass of the field on fire to give themselves cover. Teargas and smoke burned our eyes and into our memory, along with the sight of armed men on the Casspirs. For me, covering this beast with beads is catharsis.

Oppression is bland and nondescript. When the drab khaki gives way to the vibrant colors, I love it. Flat monochromatic paint disappears behind the pixelated glass beads. Fifty five million individual beads, all hand threaded and woven, all joining together to create a rainbow that covers the darkness with the vibrancy and sheer variance of life itself.

To quote another line from the Rolling Stones: “I have to turn my head until my darkness goes...” What’s next? A 747, a Raptor drone, a city street, a nation’s ... Stay tuned.” turbineartfair.co.za 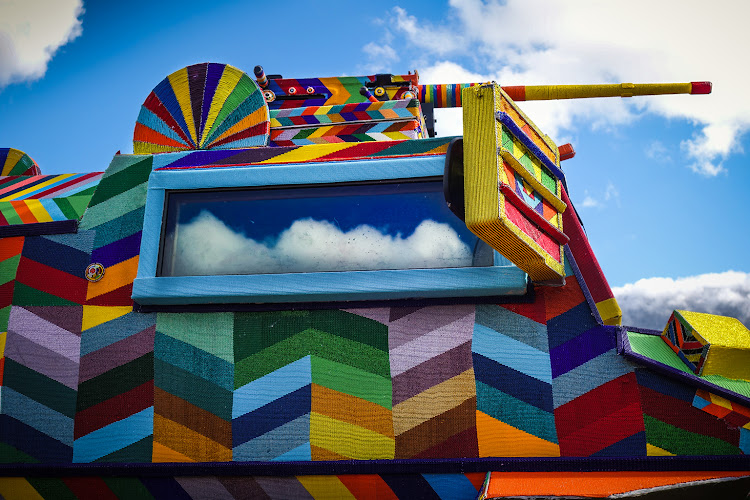 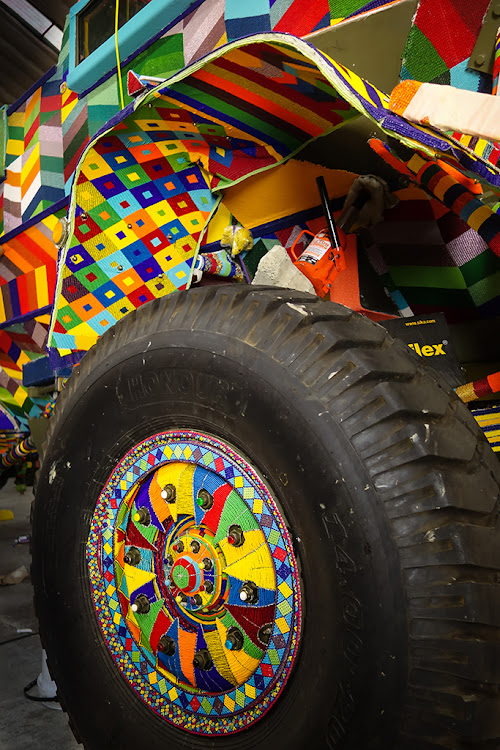 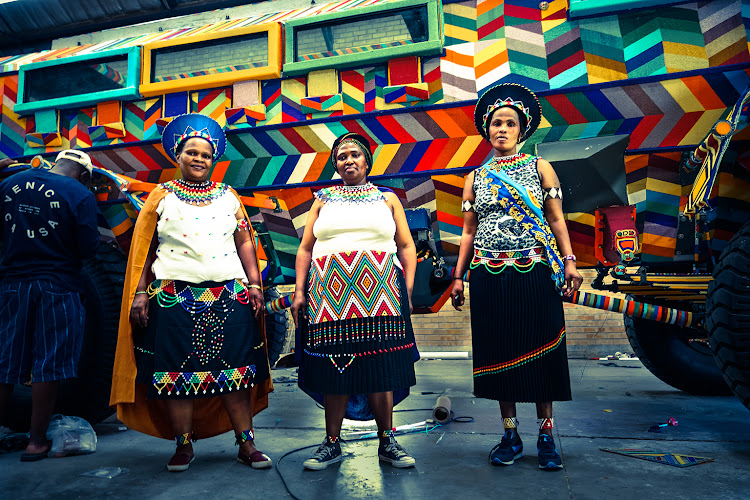 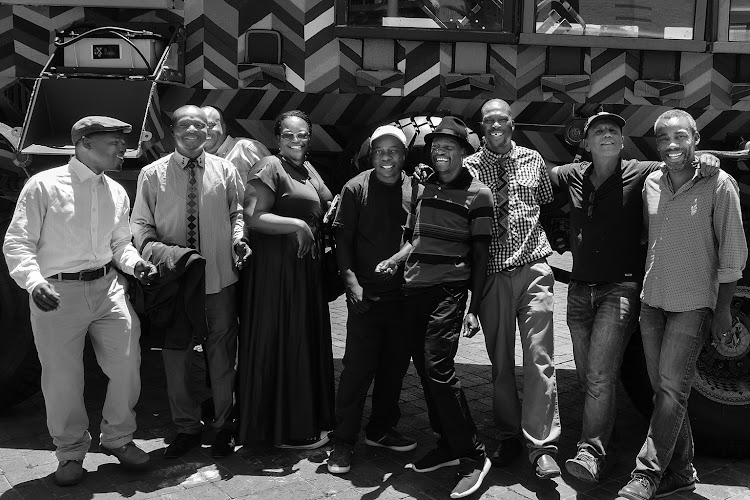 Dance your way out of a lockdown lull with Dior’s ...