A glorious 48 hours in London

The capital of cool offers the ultimate in luxury and sophistication: from art and shopping, to wining and dining 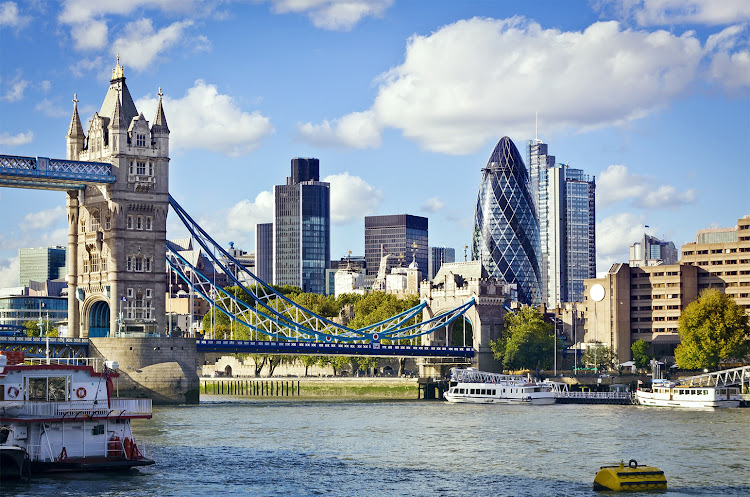 You would be forgiven for thinking it was all Brexit doom and gloom in London, if, like me, you are a bit of a news addict and feeding your obsession with daily readings of the Guardian and the Telegraph. But hop it to London for a summer weekend and all clouds dispel. The charms of this global megalopolis abound in the village-like enclaves and their humanely proportioned high streets. In a season of introspection about what it really means to be British, 48 hours in London defines the best of the notion.

On Friday morning, I disembarked from a solid sleep in BA’s Club World cocoon — setting me up rather nicely for a day of outsized fun and a spot of glamour.

A quick shower and caffeination in the arrivals lounge at Heathrow and I am off on an extravagant jaunt with my colleague Yvonne in a chauffeur-driven Aston Martin Rapide S. Coddled in the full nappa leather interior with the engine rumbling in a sexy undertone, I feel entirely welcome as we drive into the heart of Piccadilly. Flapping above us is the wonderful British artist Grayson Perry’s glorious flag installation, sporting Union Jacks and other symbols of this fair land celebrating 250 years of the Royal Academy of Arts. 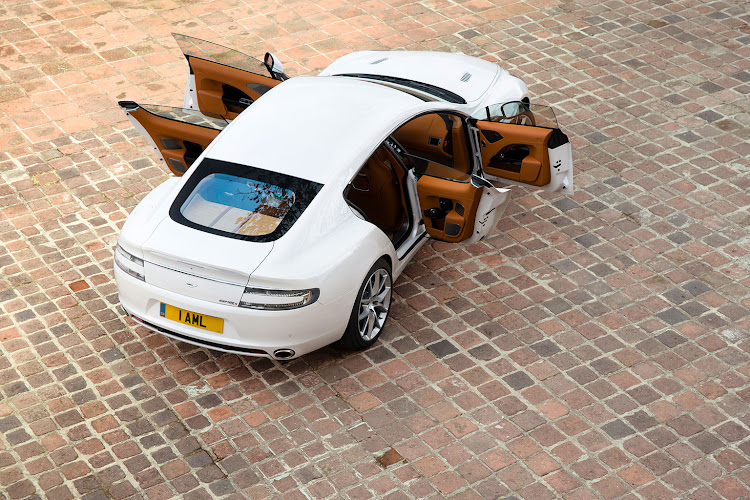 Our dapper chauffeur Duncan proves to be a font of fascinating information on all sorts of subjects — not least the secret ways of the massively wealthy — which we are not so secretly pretending to be. Our graceful chariot delivers us at our first stop — the flagship Graff store on Bond Street — a singularly beautiful store embellished with voluminous panels of rich wood and more fine stones in the revolving cabinets than the Kimberley hole. I feel like a magpie dazzled by all the shiny things and the artistry at hand. Yvonne had visited the Graff workshop the day before — witnessing first hand the generations-old skills that are deployed so deftly to make these glorious works of art. 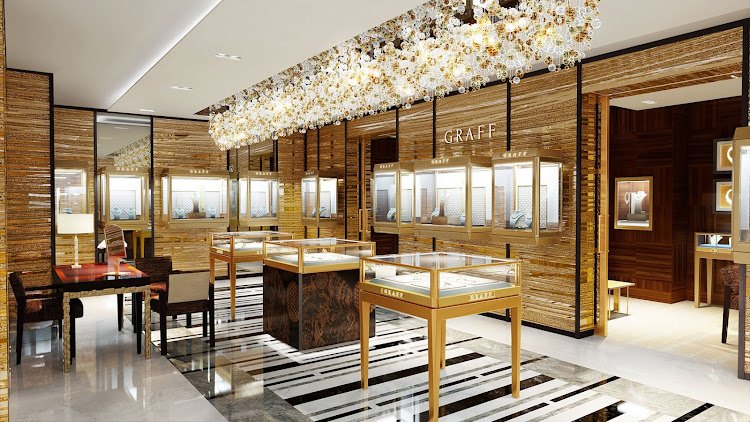 As I contemplate the many uses of a tiara, Duncan swoops us off to our next stop, Magculture in Clerkenwell: a must-see for magazine-obsessed people such as ourselves. We spent a pleasant hour rummaging among the fantastic vanity publishing excesses, proving to ourselves and the global fans of Magculture that print is, without a doubt, alive and kicking. 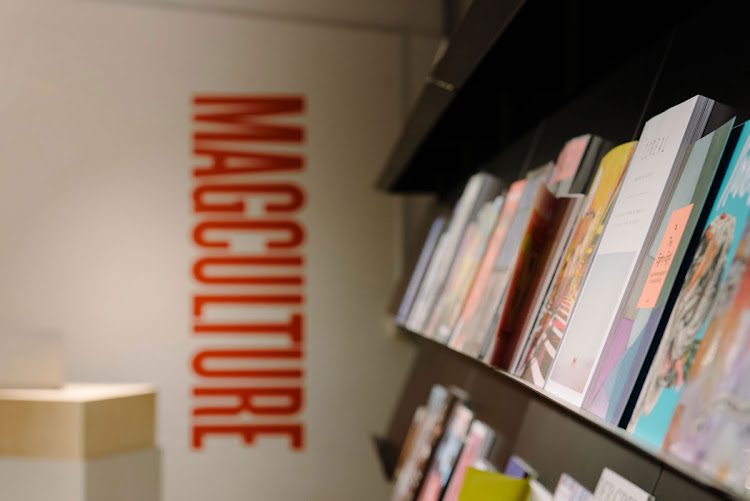 Lunch at the top of Exmouth market is at one of my favourite restaurants — Moro — which provides a Spanish feast of sublime shared tapas. This was followed by a meander down the lovely pedestrianised street — home to a letterpress store, pavement cafes and bars of many stripes including Briki — a Greek outpost where we topped up on the personality juice (we even bought a strong Greek coffee for Duncan, lest he flag).

In our trusty Aston, we pull up outside Selfridges for a spot of shoe porn and general retail observations before our afternoon treat at Louis Vuitton, where we are ushered to the private apartment on the third floor of the magnificent store. Here exceptional customers and VIPs get the royal treatment as they shop for customised products. The chef presents us with tea and a sampling of practically perfect tea cakes and macarons, while we discussed the plans to renovate this formidable space.  I linger in front of the art collection and am particularly taken by a beautiful, wall-sized panel by Gilbert & George. How can they top this, I wonder.

By now the gods of rosé are calling our names. What is summer in London without the perfect sundowner?

Duncan delivers us to the charms of Sketch — the splendidly anarchic bar and tea room, where artist David Shrigley plays with words and concepts on the china and the walls. At this juncture we took a well-deserved loo break. Yes, you read that right — the loos at Sketch are worth a visit purely for the fun of abluting per giant egg and the sounds of twittering birds. 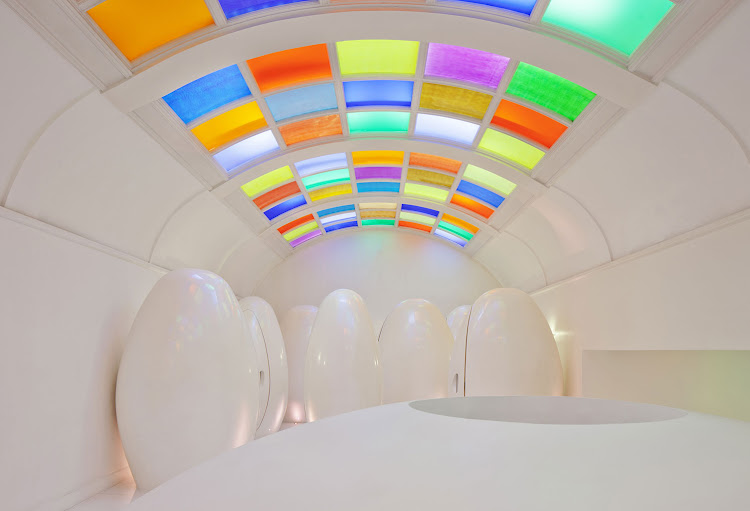 Newly hatched, we took to the theatre and bid a tragic farewell to our life of Aston Martinettes. “Bye Duncan, bye.” We caught a wrenching performance of a new play on the timeous question of Consent at the Harold Pinter Theatre. It’s a funny, bittersweet, dramatic, and painfully accurate assessment of one of the most challenging moral dilemmas of the #metoo era. Compelling stuff, followed by a short stroll to the Michelin-starred Aquavit, where we rounded off the day’s exertions with a post-theatre menu at a ridiculously good price, with a selection of Scandinavian dishes and intense conversation.

By the time I found myself in my Hästens bed with the full-body massage setting on a gentle narcoleptic buzz — at the boutique hotel Ecclestone Square, near Belgravia — I was lost to the world. 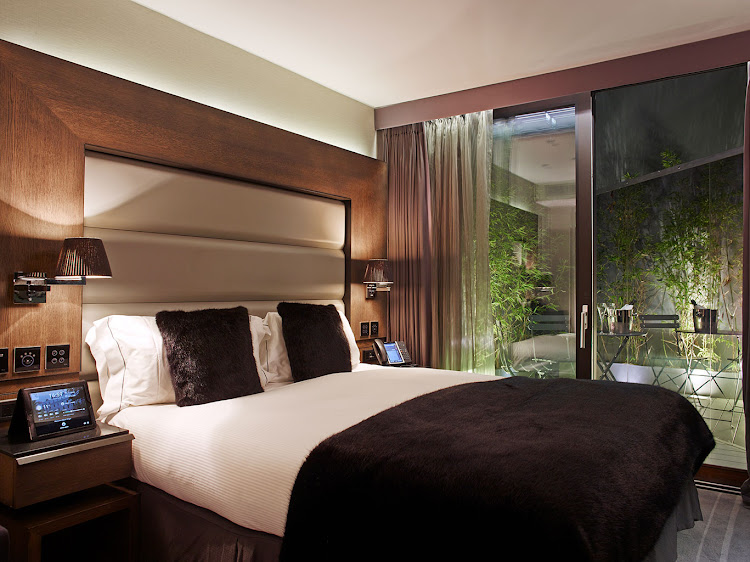 On Saturday, I took a morning run down to the Thames, and around the Ecclestone Square Garden — voted the most beautiful private garden in London, and open to residents around the square and guests of the hotel. A morning spent in its verdant surrounds was tempting, but I had a Peggy Porschen cupcake with my name on it, so I headed directly to that parlour of deliciousness and settled down enjoy a sugar rush before breakfast!

The cupcakes are things of beauty, each delicate morsel carefully calibrated to add to the joys of the pink café. The space itself is a magnificent floral folly to warm the imagination and the camera lenses of many — cue the arrival of Instagram tourists. So get there early and then wander down the glorious Elizabeth Street, which has the distinction of hosting the original Philip Treacy store — Britain’s most famous milliner — and a Poilâne, the storied French bakery that has a small outpost there.

The entirety of London Town is Frida Kahlo-obsessed at the moment and adjunct installations to the main exhibition at the Victoria & Albert Museum have popped up all over the place. The one on Elizabeth Street hosts workshops related to Frida Kahlo in the replica of her kitchen, and in a wallpapered room that recreates her living spaces. 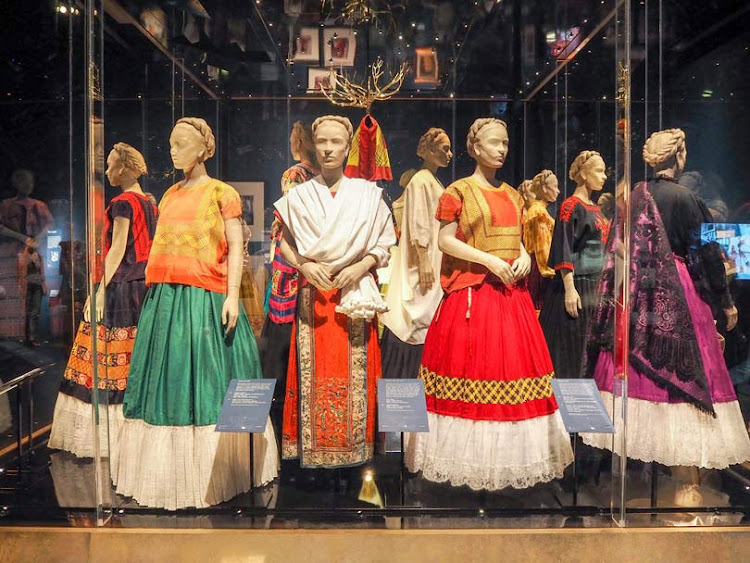 I wanted to linger, but I had a date with Liberty and my dearest friend for breakfast. No visit to London is complete without a trip to this most regal of department stores, with its ye olde Tudor visage. I am partial to the vintage handbag section, the repurposed Victorian jewellery, and the newly revamped tea room. 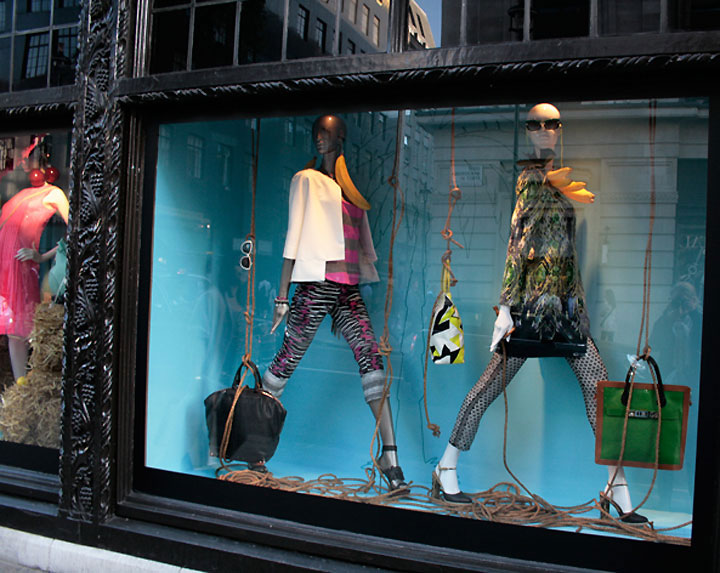 Meanwhile, my colleague Yvonne had taken to the House of Elemis, as she was flying out later that day and the pampering Biotec Radiance Renewal facial on offer could not be refused. I was just a little jealous of the descriptions of galvanic rejuvenation for tired eyes and face, and she took to the air looking rather radiant.

I took to another meal — this time at Daylesford Organic in Pimlico. It’s a spot of Gloustershire in the city, bringing 40 years of organic farming in the Cotswolds to delicious life, with a market atmosphere, fresh organic produce, lovely china and furniture for sale, and a wholesome menu of food with a conscientious provenance. I spent a blissful afternoon drinking prosecco and dreamily staring out the second floor windows onto boxes of herbs and the perfect blue sky.

Summer in London is gambolling in the garden time: the rather satisfying foodie excesses of the morning are walked off by visiting the Serpentine Pavilion in the Kensington Gardens. I love these annual architectural follies, and a visit is mandatory. This year the architect Frida Escobedo plays on courtyard references to Mexico’s domestic architecture. 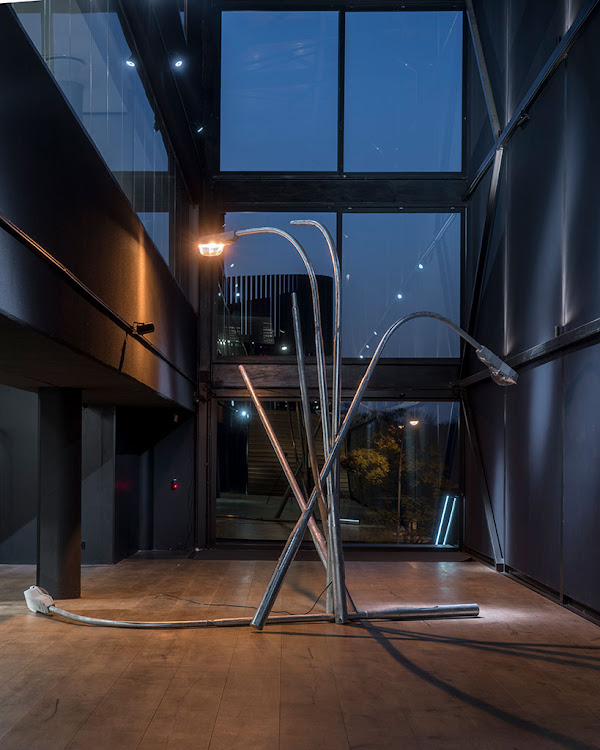 In July, the Frieze Art Fair is on, and this year Michele Mathison — a Zimbabwean artist resident in South Africa — is featured in the 2018 edition of Frieze Sculpture in Regent’s Park. I love the idea of pairing my culture with a constitutional.

This was necessary because I had a dinner date with my brother at Yotam Ottolenghi’s Mayfair temple to Middle Eastern and Mediterranean cuisine: Nopi. I pilgrimage here as often as possible, and I stay put for the evening. Our waiter left before us — just saying. But attempts at postprandial drinking were cut short as I started dreaming of my bed at Eccleston Square, Queen Victoria’s granddaughter’s former residence.

Sunday started with a visit to Barry’s Bootcamp. It is what is says on the box, albeit a rather posh bootcamp with overtures of a nightclub while you get your high-intensity intervals on. It’s set back from the street in Eccleston Yards — an urbane inner-city multi-use development off Elizabeth Street.

But brunch was beckoning. Blood-sugar levels were plummeting, so a cab ride to the Chiltern Firehouse in Marylebone was up next. The inventive Sunday brunch menu brings André Balazs’ Los Angeles flair to this quintessentially British set-up. The courtyard is a monochrome people-watching fest. I was hard pressed to leave, but the Picasso exhibition at the Tate Modern was my last port of call, and I needed to get my art fix, followed by rosé and chilling out to the Tate’s DJ summer sessions. Brexit be damned: best of British — yes, please.

48 hours in a desert playground

The best fashion, art, and culture that this romantic metropolis has to offer
Travel
3 years ago
Next Article
© Wanted 2021 - If you would like to reproduce this article please email us.