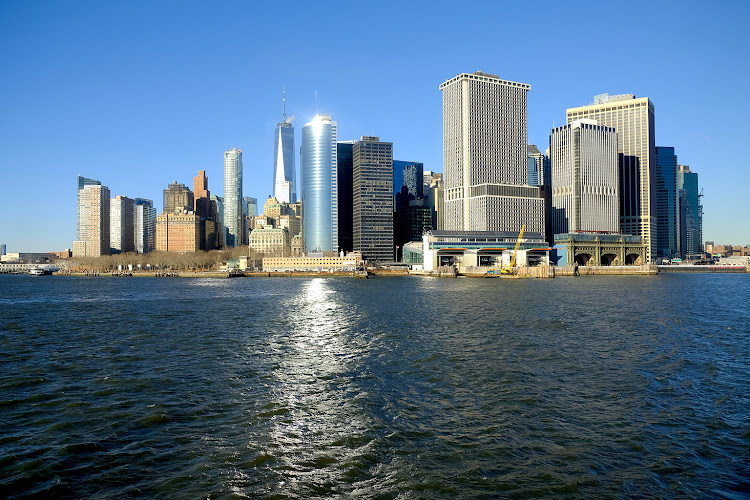 The view from the Staten Island ferry is all about the skyline of Manhattan. The city recedes in a thrash of propellers and diesel fumes but even as the ship throbs across the bay, nothing diminishes New York City. The Statue of Liberty slips by on the west side, almost lost in the low sun of a winter afternoon. Compared to the grandeur of the city, she — the Statue of Bigotry as New York native and singer Lou Reed once called her — is reduced to the small, copper-plated folly that she is.

The Staten Island ferry runs every 30 minutes from the Whitehall Terminal at the foot of Manhattan. The trip is free.

The view from the ferry may be the finest view of Manhattan you can get. Sure, there are pricey scenic cruises that bob around the island, and even pricier helicopters clatter overhead. Stand on the rear deck of the ferry, though, and you are immersed in New York.

The towers of steel and glass catch the the late winter sun and a beam of light reflects across the water like an exploding star. Further back from the water, the shimmering glassy flanks of One World Trade Center rear up into the sky, a reminder that America, in its skylines and landscapes, is all about epic scale. One might even call it heroic scale - and few places in the world do heroic better than New York City.

Take that skyline, for example, which seems to have a gap in it, or maybe it’s the light. Even if you never saw those two glass and concrete towers — World Trade Center Buildings One and Two — their absence is a palpable gulf that all the new construction on the south end of America’s most famous island will never fill.

It is quite apt, then, to be riding the ferry across to Staten Island where so many of New York’s finest — the cops of the NYPD and the firemen —live. So many of them would have caught the ferry across the bay on a that bright morning on September 11 2001 when the two towers stood as symbol of of American power.

We do not linger on the island when the ferry docks — Staten Island is not big on tourist attractions and anyway we have only come for the free ride across the bay — so we take the next ferry back. When it rubs up against the dock of the ferry terminal, it seems only right that we make our way on foot to the 9/11 Memorial Museum itself. 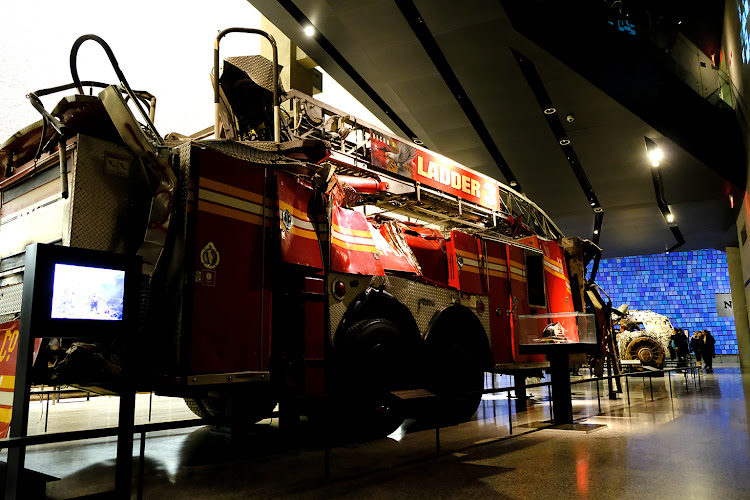 The memorial stops people in their tracks. Two square holes in the ground, the exactly footprint, each containing a reflecting pool who water drains away in the centre. On the bronze panels surrounding the pools are etched the names of every victim of the attacks, including those who died on the same day when Flight 77 hit the Pentagon in Washington DC and Flight 95 fell to earth in Shanksville, Pennsylvania. Every day, small white roses are placed next to the names of those whose birthday it is. On this freezing February day, dozens of white specks gleam in the fading light.

To look into the pools where and read the names on the panels is to begin to get a grasp of how the attacks shook America to its core. On the 10th anniversary of the attacks, travel writer Paul Theroux wrote in The Telegraph: “The country that I had known as triumphant since childhood, was overwhelmed, and rattled in a way I had never seen before; our innocence was toast.”

The best fashion, art, and culture that this romantic metropolis has to offer
Travel
3 years ago

Innocence, indeed. Go down into the museum — itself part archeological site, part cathedral — and see for yourself. There, the battered remains of a fire truck, and there the mangled antenna mast that once stood on top of the North Tower, all physical reminders of that lost innocence. A little boy’s pyjamas (they had fire engines on them) pulled from the wreckage at the Pentagon. A fireman’s crushed leather helmet. A Sainsbury’s loyalty card. A pleading note for rescue written by people trapped in the North Tower, found days later on the roof of another building many blocks away. Identification cards. Watches. Bicycles chained to a bike rack by messengers who never returned for them.

There are the lonely, sad, frightening voice messages left on answering machines by people trapped in the towers and phoning home to say goodbye. In another part of the museum, pictures of people jumping and falling — one witness recalled seeing a woman in a business suit step into the void, holding down her skirt in last, desperately human gesture. There are twisted girders bent double by the force of the buildings’ collapse - a million-and-half tons of steel and concrete - and crushed fire trucks and ambulances and pictures and videos of panicked citizens fleeing the enveloping cloud of smoke and dust as the buildings came down.

Seventeen years later, everything is still raw. A pair of fire trucks heading down the street outside sound their sirens as they pass by. I think of the firemen photographed raising the stars and stripes on a girder above Ground Zero, an echo of the famous picture of US Marines raising the flag in Iwo Jima in 1945 after weeks of savage combat.

“That was Bush,” says my host later, “he turned the firefighters into war heroes. Yet the city still pays them and policemen badly. The only places they can afford to live are out of Manhattan.” Like on Staten Island.

To get some perspective on how 9/11 hurt America, you have to head uptown to the Metropolitan Museum of Art and in particular the American Wing. On the way, you walk through the Sackler Wing whose centrepiece is the magnificent Temple of Dendur, a relic from Ancient Egypt which was saved from the rising waters of the Aswan Dam and brought block by block to New York and reassembled at the Met. The Sackler family — great benefactors of the arts — own Purdue Pharma which makes the painkiller oxycontin, currently at the heart of America’s opioid addiction epidemic.

There are many fine treasures in the American Wing, among them beautiful sculptures and the complete living room from a house in Minnesota designed by Frank Lloyd Wright. But it is the paintings that really show that American self-belief — so shattered by 9/11 — that made this country great. These are paintings on an epic scale to match the American landscape which was being remade by settlers are big business and the spread of railroads across the heart of it.

"Atlantic Crossings: Thomas Cole's Journey" is showing at The Met until May 13.

Thomas Cole, on the country’s greatest landscape artists landscape, is currently enjoying a retrospective. Works such as The Oxbow capture this pioneer spirit that built America. Or is it a warning, the pause between innocence and the plunder that followed?

The picture that fully expresses this confidence is in another room. It shows General George Washington crossing the Delaware River on the night of December 25–26, 1776, during the American Revolutionary War. Painted by Emanuel Leutze in 1850 and contained in a heavy gold frame, 6.5m across and 4m high, it is, as they say in these parts, a showstopper.

“Washington Crossing the Delaware” cuts to the heart of the American psyche. Here we have the country’s founding father leading forever leading the march to victory. It is at the heart of American exceptionalism, that quality of self-assurance and a “can-do” attitude. 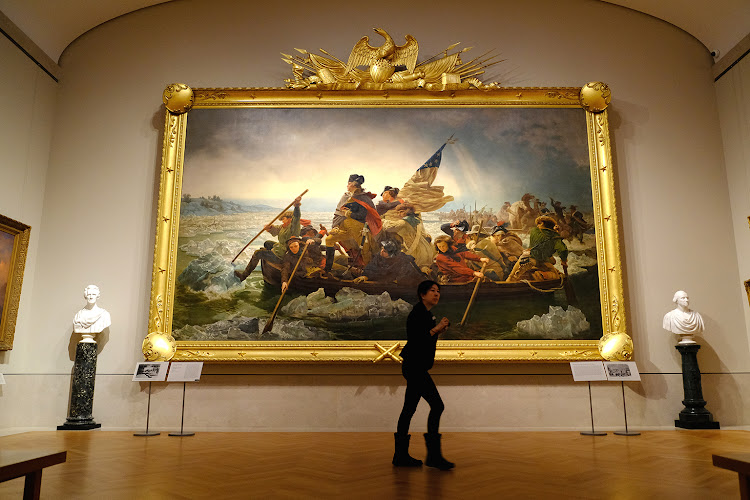 It is said that all empires carry within them these seeds of their own destruction. The painting is in fact a full-sized copy of the original which was displayed in the Kunsthalle in Bremen in Germany.

On the night of September 5, 1942, it was destroyed by Allied aircraft on an early morning bombing sortie.

Recapture the glamour of travel with an iconic Transatlantic crossing aboard the world’s last passenger ocean liner
Cars, boats & planes
3 years ago

The author and travel writer takes us on a walking tour of his former adopted home
Travel
4 years ago
Next Article
© Wanted 2021 - If you would like to reproduce this article please email us.