With summer fast approaching, there’s never been a better time to saunter toward the world of rums Rum’s been on the rise for quite some time already. Both internationally and locally, a steady stream of spirited artisans continue to raise the bar - delivering an increasing number of really, really great rums.

With summer and its warm island-like weather fast approaching, there’s never been a better time to saunter toward the world of rums. So let’s take a quick look at this spirit’s sweet origins before raising a glass to the homegrown up-and-comings…

Believed to be one of the oldest distilled spirits, rum can trace its beginnings back to the sugar plantations of the Caribbean. Here, molasses or cane sugar was mixed with water in huge vats, then left to ferment in the humid tropical climate before being distilled and aged.

“We called it Whistler because we like to do things differently. It is rum for people who like to whistle their own tune”
Food & Drink
2 years ago

The oldest rum distillery in the world (that’s still running) is Mount Gay in Barbados. Paying tribute to their 300-years-and-counting heritage, Mount Gay’s premium Black Barrel Rum is handcrafted from a blend of single column and double copper pot distillates then matured in charred oak barrels. The result? A bold rum with notes of pepper, spice, sweet caramel and oaky vanilla.

From old rum to new rum – an emerging contender on the international rum front hails from a different part of the world - this time, the Philippines. 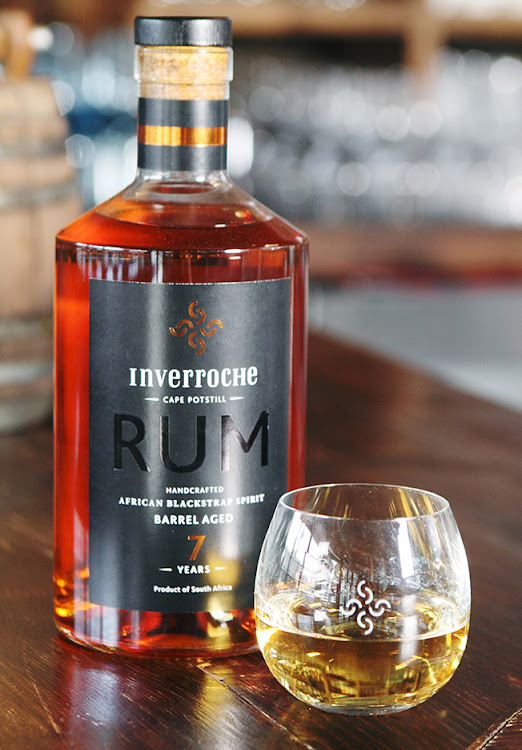 Don Papa Rum is a small-batch super-premium rum that’s been taking the world’s bars by storm since its international release last year. Known for its rich, sweet style and vanilla, honey and candied banana notes, “The Don” is distilled and aged for up to seven years in oak barrels, in an ultra-humid climate that intensifies the interaction between rum and American oak - drawing out the vanilla notes from the wood.

Closer to home, on our southern-most tip where two oceans converge to form the epic Agulhas cauldron, an African rum has arrived that’s as dark and stormy as a Cape winter.

Known for their exceptional gins, Inverroche’s craft rum duo are making a splash both locally and abroad.

The area’s naturally lime-rich water is brought together with blackstrap treacle molasses to create The Blackstrap – a rum with a distinctive minerality and flinty character, layered with roasted coffee, marmalade and caramel notes.

Their 10 year old Limestone Rum is a richer, more complex spirit with a peaty, and spiced dark chocolate character that leads to a long and smoky finish.

“Most people have the perception that rum is made for mixing and not as something that can be sipped neat. They confuse craft rum with flavoured rum, immediately associating their distaste with a drink that is actually quite extraordinary,” says Inverroche Distiller Michael Scott.

But more and more people are starting to recognise the difference…

“Craft rum is definitely enjoying its moment,” confirms Rowan Leibbrandt of liquor merchants Truman & Orange, adding, “The trend has been quietly bubbling away in bars in London, New York and Berlin, and we’re starting to see it in places like Johannesburg, Sydney and Hong Kong now too.”

With its quintessential Caribbean flair, it’s a tipple that owes much of its success to its laid-back versatility. Certainly, craft rums are inspiring a new generation of mixologists to create trendy cocktails that are moving away from the sweet towards more bitter, coffee and savoury taste profiles.

Scott still prefers his on its own though…

”It’s truly lovely enjoyed neat or with a dash of water. Perfect as an after dinner drink, especially when paired with Lindt Orange or Salted Caramel chocolate.

My sage advice for the summer? Grab a bottle of fine rum, a bucket load of ice and a couple of good friends. Swing back into a hammock (if at all possible, paired with an ocean breeze) and let the Caribbean spirit work its magic.

With summer just around the corner, we take a look at two of this season’s hottest tipples …
Food & Drink
2 years ago

These are the whiskies you should be putting on your radar — and, ideally, accommodating snugly in your cabinet
Food & Drink
2 years ago

Pouring a scotch is one of those life skills that is both superfluous and essential, writes Wade Bales
Food & Drink
11 months ago