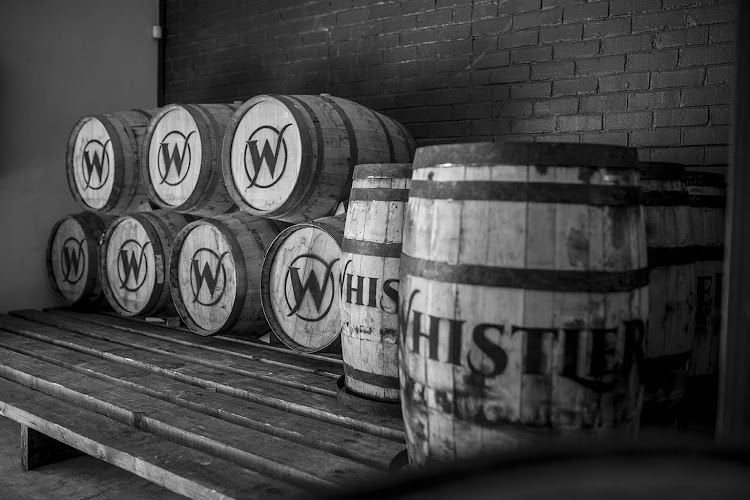 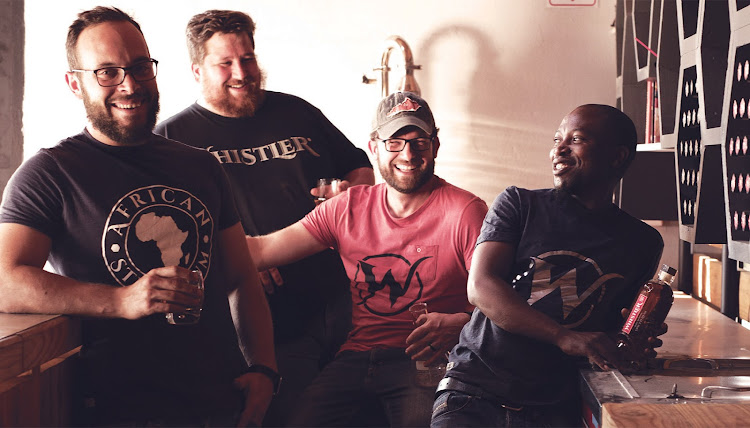 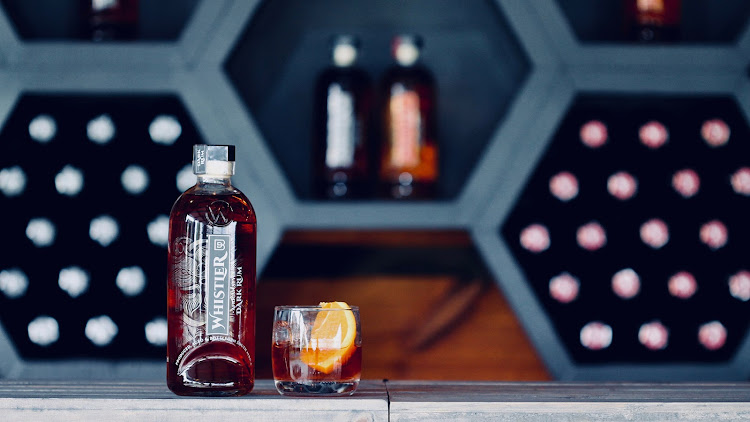 As a man going by the stage name of Rooikop Robbie sang a somewhat off-kilter version of Billy Joel’s Piano Man while masterfully playing air guitar, I was struck by how much fun rum was. The dark liquid birthed from distilled sugar beet is the drink of pirates and invokes images of Jack Sparrow, palm trees, and golden beaches. Or, in my case, haphazard karaoke sessions on a farm in the middle of the Free State.

A little outside Welkom, near Riebeeckstad, you will find Whistler, possibly now the largest rum distillery in the country. In 2015, investment banker Leon Bruns bought a small still and started brewing rum in his garage in Tshwane. Later he and his engineer brother, Trevor, went to learn to do things properly at Moonshine University in Louisville, Kentucky in the US. After graduating and visiting every last renegade distillery they could find in the American South, the brothers came back and along with their brother-in-law, Stephan de Vos, launched Whistler Rum. 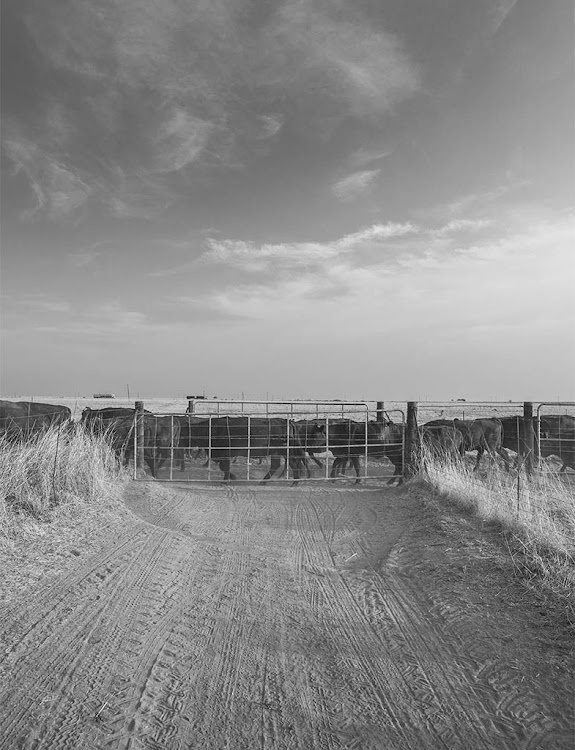 Whistler’s doors opened last November, with a well-stocked bar, obviously. All who wander in during the open weekends at the end of each month will  be offered a free welcome drink, a formal rum tasting, and a tour of the facilities.

The main attraction is the large squat still the trio have nicknamed Gigi, “Because she’s a stripper,” jokes Leon, who now distils rum full time. Gigi “strips” the sugar beet of every form of alcohol — ethanol, methanol “and every other ‘nol’ you can imagine” — and turns it into rum.

Like all things of passion, there’s no head needed here, it’s the heart that forms the base of one of the distillery’s main offerings: be it the butterscotch-heavy heart, which, along with a spice mix, is transformed into the Spiced Rum that is fun, light and packs a punch of cinnamon; or the second heart, whose deep caramel and grassy tones go on to become the Dark Rum that, as the name suggests, is deep and moody: a well-rounded classic with a citrus twist.

The walk-through is fun, scientific and interesting. And, of course, so it the tasting. You are taught how to warm and smell the notes in the glass and guided through which notes lie in wait on your palate. Whistler Spiced with a slice of lime paired with white chocolate is a winner. But the most perfect of mixes? Drinking bespoke cocktails mixed by a man simply known as Kantoor, a former political journalist and now assistant distiller, outside while watching karaoke.

“We called it Whistler because we like to do things differently. It is rum for people who like to whistle their own tune,” Leon says. And who doesn’t, really.

Drinks quest: On the hunt for the best old-fashioned in Joburg

Having tasted the cocktail from 35,000ft high, Sylvia McKeown is on the search for the perfect – more easily accessible and grounded – Old-Fashioned
Food & Drink
2 years ago

Rum on the rise

Gin may be on the up, but the recent surge in demand and quality of rum is giving Mother’s Ruin a run for its money
Food & Drink
4 years ago
Next Article
© Wanted 2021 - If you would like to reproduce this article please email us.