This mid-engined Italian is the latest to join the brand's lineup, reaching a top speed of 325km 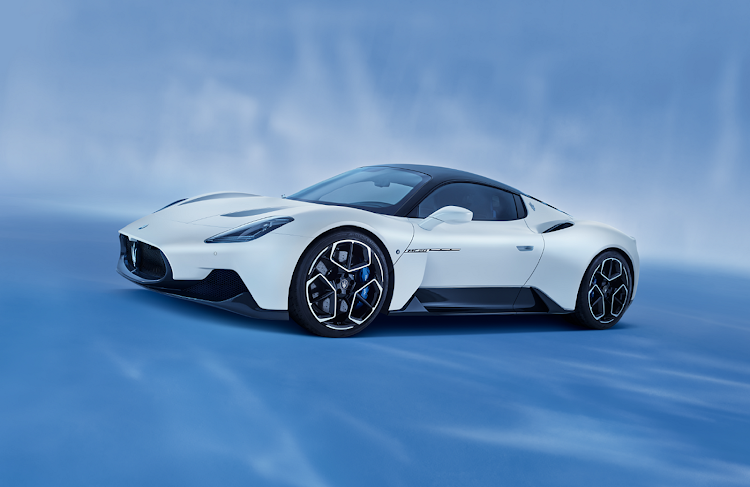 Initially available as a petrol coupé, the MC20 will later be followed by convertible and electric versions.
Image: Supplied / Business Day

Maserati is returning to the supercar league with its new MC20, a lightweight mid-engined coupé that joins the Italian brand’s line-up of grand tourers and SUVs.

The low-slung two-seater boasts the world’s most power-dense V6 road car engine with a specific power output of 155kW/l.

The brand has used Ferrari engines in recent years but this 3.0l twin-turbo “Nettuno” engine is a pure Maserati unit. The innovative prechamber combustion system features twin-spark plugs and is derived from Formula 1.

Maserati hits the trifecta with its new Trofeo super sedans

The Ghibli and Quattroporte are the latest high-performance models to acquire the 433kW V8 engine
Cars, boats & planes
1 year ago

Motorsport has always been in Maserati’s blood, including winning Grand Prix titles with Juan Manuel Fangio in the 1950s, and the MC20 will take Maserati back to the world of racing for the first time since the MC12 supercar racked up numerous wins in the FIA GT series between 2004 and 2010.

The MC20 is rear-wheel driven with an eight-speed dual clutch auto transmission, and clings to the road with the assistance of an electronic limited-slip differential. Drivers can select from four driving modes: GT, Sport, Corsa (track) and Wet.

It is the first Maserati to be built almost entirely of carbon fibre, and tips the scales at just more than 1,400kg. It is also the first Trident-badged car to have scissor doors. The hardtop coupé will later be followed by a convertible version. 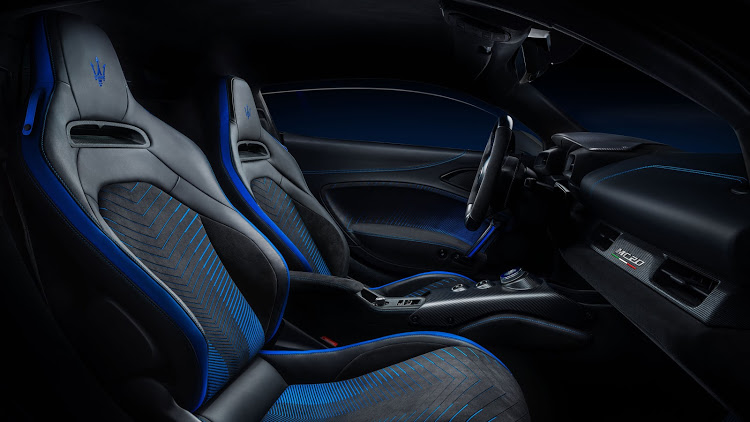 Maserati says the MC20 can storm around the track but also has good drivability, comfort and safety.
Image: Supplied / Business Day

There are no movable spoilers on the low-slung car, which has an underbody hump shape to improve aerodynamic efficiency.

Maserati says the MC20 can storm around the track but also be used on leisure trips with good drivability, comfort and safety.

The Italian supercar has a race-inspired cabin with sporting minimalism trimmed in leather, Alcantara and carbon fibre. Along with a fully digital dashboard, it claims to have the best sound made in Italy with the optional Sonus Faber High-Premium audio system.

The limited edition projectile is powered by the most powerful iteration of Lambo’s V12 engine
Cars, boats & planes
1 year ago

A four-cylinder petrol engine is spliced with a turbo, supercharger and 48V alternator
Cars, boats & planes
1 year ago