Lexus has hit the wow button with the LC500, but can it beat its rival

Words: Mark Smyth
We are in awe of the design of the Lexus LC500
Image: Mark Smyth

We have often said that Lexus has promised not to make boring cars. Whether it is succeeding is a matter for debate, but what it has struggled to do is produce really exciting cars.

We are not talking here about sedans or SUVs, but a design that gets the heart racing and when you look at it you go "wow".

Lexus got the formula right with the LF-A supercar, a sought-after model that had the performance credentials to match. We haven’t driven one, but a British bloke who gets upset when you serve the wrong food and likes to go grand touring is apparently a huge fan.

The RC was a good attempt but lacked a wow factor, as well as any semblance of performance (except for the RC-F which never came to SA) but then along came this, the LC.

Wow. In Twitter style I could park that exclamation there and leave you to look at the pictures, but as a writer I feel obliged to write on.

At the model’s international launch in 2016, LC chief engineer Koji Sato told us the aim was to "create a car that captures the heart and challenges the soul". It does that. The design is dramatic, with elegant curves interspersed with acute angles. It looks like a concept car that has escaped a motor show and bribed a scientist to make clones before the suits could put it back in a warehouse.

The Gran Turismo genre has been redefined in recent years, but the fundamentals remain the same
Cars, Bikes & Boats
2 years ago 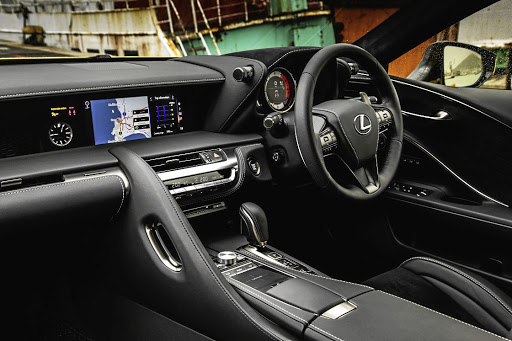 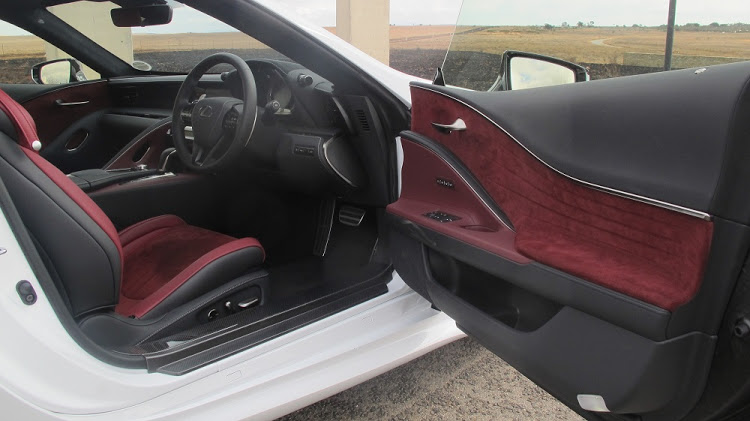 It blends old-school tourer looks, such as long bonnet and small glass area, with modern touches, like the massive Lexus grille, big wheels pushed to each corner and narrow lights. It is a great looking package.

While I am singing its praises, I have to talk about that V8 and the noise it makes. Lexus and Toyota might be the kings of hybrids, but the LC500 is about raw power in an age when some feel it should be left in the history books. There is no electrification and no turbos. Instead it is a pure, normally aspirated V8 generating 351kW and 540Nm. For the record, there is a hybrid version overseas. We drove it at the launch and, honestly, it can stay overseas.

Fortunately, we get only the V8 and aside from the power it has a soundtrack that can rival the Italians. That sound emanates from deep within the car’s soul and reverberates around you as you push down on the accelerator. It is superb.

Rolls-Royce has revealed the latest generation of its “best car in the world,” the Phantom, writes Mark Smyth
Cars, Bikes & Boats
2 years ago

The interior is all about hand craftsmanship, but while it is great and sporty, it is far from a design classic. It is possible to have various coloured trim elements which make the interior look cool, but in basic black it all looks a little dated already. There are some superb design lines and the quality is great, but it doesn’t set any benchmarks.

This brings us to the drive and here you have to appreciate exactly what the LC500 is up against. The company says that it is a rival for the outgoing BMW 650i and the Mercedes S500 coupe. Both are more luxury grand tourers. But Lexus also says the LC takes on the Jaguar F-Type and Porsche 911, both of which are true sports cars.

What the LC does really well is be the best of both worlds of urban and rural driving. In town, it has that Lexus level of comfort about it, but it falls slightly short of the BMW and Merc as far as relaxation and comfort go. However, it definitely stands out from both of them in the style stakes.

Take to the open road and it handles brilliantly. The 10-speed gearbox is a bit of a liar though, with it really only being a four-speed auto with a bunch of fake gears thrown in. Leave it in one of the sport modes and let it do its own thing and the balance of performance and grip is astonishing. It can fly over a mid-corner bump and happily let you hit the gas with barely any sign of a flinch as you surge on. Turn off the audio system and revel in the sound of the V8 and do something very few do these days — enjoy the drive.

So the LC500 is a real looker, a stunner actually. It has a fabulous V8, it handles well and you could probably drive it for days.

So you should buy one, right? Sadly, no. You will notice that I haven’t come back to the Jag and the 911 and that is because the LC500 is not a sports car.

That would be ok if it were just a tourer, but both the F-Type and the 911 are sports cars that are also good at touring. They might not have the head-turning ability of the LC and you will see 10 of each of them in the same day, whereas you will be lucky to see one LC in the same year,

But they run rings around the Lexus when it comes to the driving experience and for that reason, we have to hang the LC500 on the wall and look at it admiringly.

Technology is only half the battle in developing autonomous cars

Being driven across Tokyo in a self-driving Lexus raises some interesting questions
Cars, Bikes & Boats
3 years ago