Movement. Putting one foot in front of another and navigating the environment we live in is how, in part, we make sense of the world around us. The motion of people alone and in groups from one part of the world to another is how we have formed complex multitudes of identities that in turn have inspired how and what we eat, drink, read, write, speak and create. This month’s column pays homage to artists whose work expresses concepts of movement, either in theory or practice.

Judy Woodborne’s capering figure dances across the surface of the print while a dog, bowing in supplication, is an audience of one to the performance of this mischievous figure. Titled Intermezzo, Woodborne’s work is a fusion of diverse cultural influences, from Baroque opera to commedia dell’arte and indigenous Australian song.

The print is from Woodborne’s Songlines print series, Songlines being a reference to writer Bruce Chatwin’s 1987 book of the same name. In essence, Chatwin’s work is an exploration of the role of song in the history of the people of Australia’s First Nations and how the music, history and development of this diverse community of people is inextricably linked.

Wilhelm van Rensburg, head curator and senior art specialist at Strauss & Co’s art department, explained that the fusing of these different fields of interest was indicative of Woodborne’s appreciation of the concept of universality in art theory.

“Judy, for me, was in tune with those trends. In thinking and in art making and theorising,” he said.

This etching, one in a series of five, is due for auction at the Strauss & Co online sale that opens on August 16, and promises to attract plenty of interest. 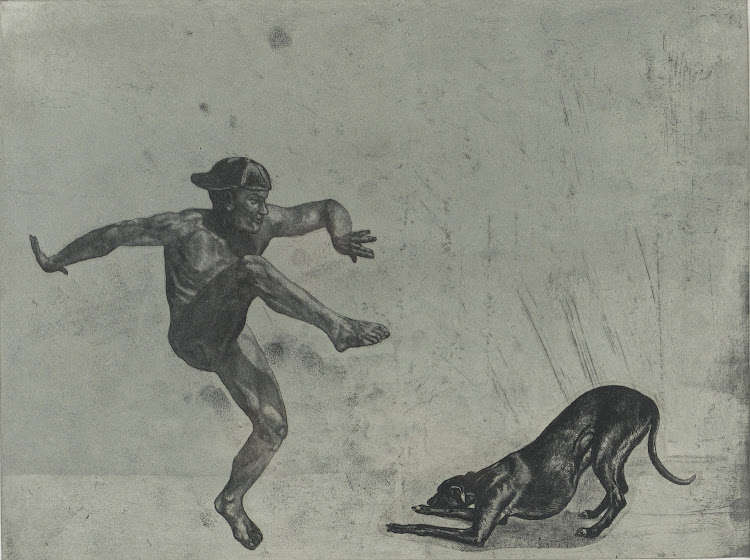 Greatjoy Ndlovu is no stranger to the local art scene. Not only has he published an autobiographical book, The Path to Greatjoy, but his work has been included in many private and public collections and is a powerful form of social commentary. A way of mobilising change and education in communities, his art is a mirror that he holds up to a society heaving under the yoke of systemic injustice that has been failed by those controlling the levers of power.

“The most important thing right now in my work is to express emotion and the pain that is being seen in our communities.” He tells me: “I want to capture the spirit and essence of individuals in this particular moment.”

Ndlovu is interested in telling human stories, and it is these stories that are etched into his work through sensitive renderings of motion: the flutter of a skirt in the breeze; a dancer poised mid movement. These are the minutiae of daily life that fascinate him. By capturing the essence of an individual, Ndlovu is waging a war against a political narrative that seeks to divide by defining us as groups that share a singular identity.

His smaller, A3 drawings are eloquent renderings of people caught in unguarded moments: a mother with her child gazing out at an uncertain future; a male figure who is the breadwinner for his family, but is unsure of where his next pay cheque will come from.

Greatjoy Ndlovu is an artist to watch. 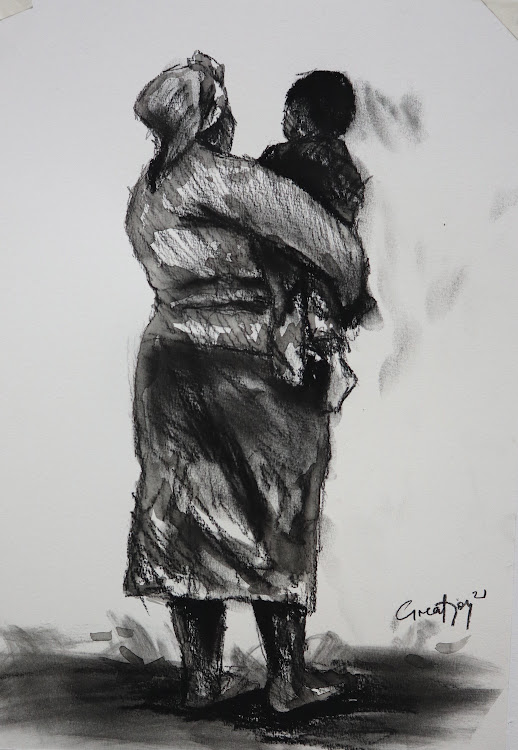 The genre of portraiture, throughout Western art history, has been a method of appropriation, of making knowable and safe; a form of commodification. Lunga Ntila throws these conventions to the wind through her complex and layered self-portraits that are collages of photographs reassembled into forms that defy easy identification. Ntila’s portraits strategically evade the piercing gaze of the viewer through features that blur and distort, frustrating the urge to identify and render safe, knowable, quantifiable and thus controllable.

The title of Ntila’s solo show, currently on at BKhz Gallery in Rosebank, is a hint as to the theme of her work. The African philosophy of Ukuzilanda, as researcher and lecturer Athambile Masola has written, is “to fetch oneself, and to connect oneself to the past in the present moment.” Ntila’s self-portraits operate on this level as they stitch up the artist’s diverse upbringing and her movements across continents together with that which came before her and that which is still to come in the future. 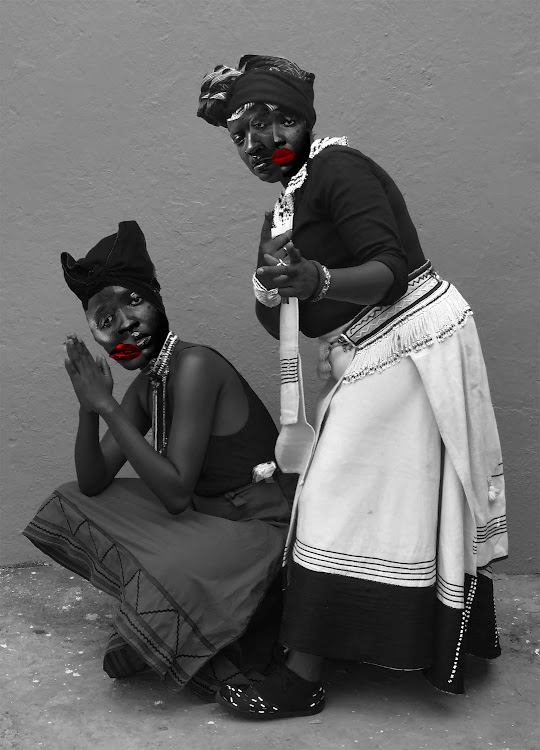 • Disclaimer: Advice offered here should not be taken as qualified investment advice. This writer is not an investment consultant. Listed price ranges are estimates only.

In this month’s column, we explore local artists who find their inspiration in the human form, in all of its unique and complex fragility
Art & Design
11 months ago

Is art theft a thing in South Africa? We canvass the experts to find out if we’re living in a home-grown version of 'The Thomas Crown Affair'
Art & Design
3 years ago
Next Article
© Wanted 2022 - If you would like to reproduce this article please email us.