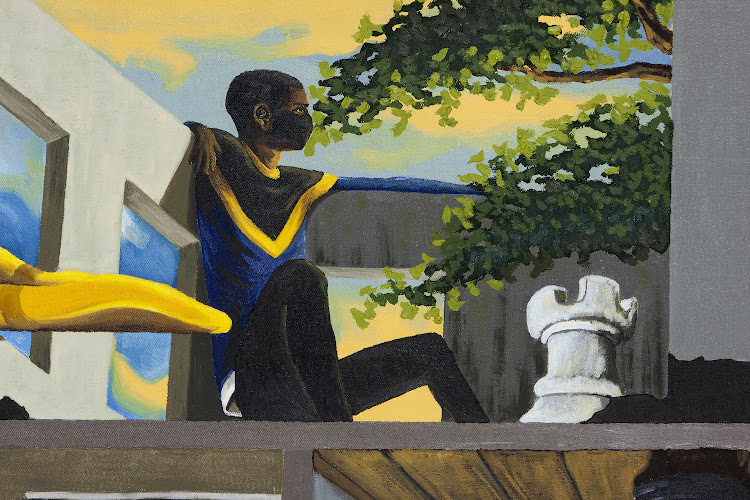 A raft of new contemporary art shows opened around Joburg this week, all in spaces that also speak about where the current urban art scene is at, outside the larger commercial galleries.

By now relatively well established in its Braamfontein art hub space in Juta Street, Kalashnikovv Gallery offers an eclectic group show of four artists — two based in SA and two in the US. The exhibition featured an opening performance by Kalashnikovv gallerist MJ Turpin, whose sculptural installation dominated the Covid-restricted floor space at the gallery. Covid-19 also put paid to the plans for the physical presence of US-based contributing artists Louis de Villiers and Richard Hart. De Villers contributed works on paper in a variety of media, including signature gold leaf, which meditate on a post-internet social media driven culture in works influenced by his background as a graphic designer and mural painter. Hart’s work is more painterly, his Afrofuturist canvases presenting abstracted views of an imagined postcolonial spiritual belief system. By quite extreme contrast, the last artist on show, Jodi Windvogel, is a documentary photographer whose work on the show continues her concerns with documenting displaced SA communities.

The show Fresh Voices in Parktown North is under the auspices of enterprising Africanist gallery Guns and Rain, run by gallerist Julie Taylor. The exhibition was hosted in the new P72 project space, owned by Kalashnikovv gallerists Turpin and partner Matthew Dowdle. As the name suggests, Guns and Rain’s annual showcase is intended to present truly emerging artists, with a specific interest in providing artists from elsewhere in Africa with a Jozi platform. The 2021 iteration includes artists from SA and Zimbabwe. The work ranges from the densely rendered mystical and esoteric pen and ink drawings of Zimbabwean Isheanesu Dondo to the hyper-expressive dream-like charcoal and pastel portraits of young SA artist Boitumelo Motau. Odirile Khune Motsiri taps into the current vogue for fabric as a medium in contemporary art, repurposing denim into tactile and textured self-portraits. Also taking fabric as a medium is Michaelis graduate Hannah Macfarlane, whose sculptural pieces of hand-dyed wool and felt evoke cocoons and insect nests, but are also, more sinisterly, stained with what could be blood. The final artist in this year’s showcase, Zimbabwean Raymond Fuyana, brings a collection of properly surrealist oil paintings to show, despite his training as a printmaker. These whimsical works juxtapose a human figure with emoji characters in various iterations of a drowning landscape. 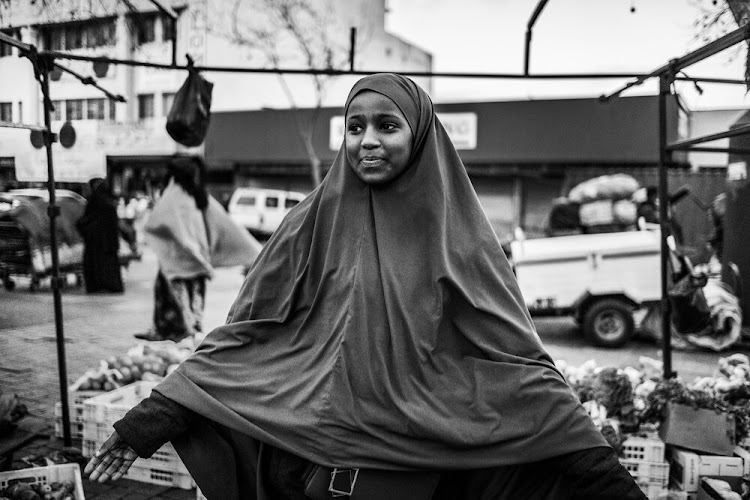 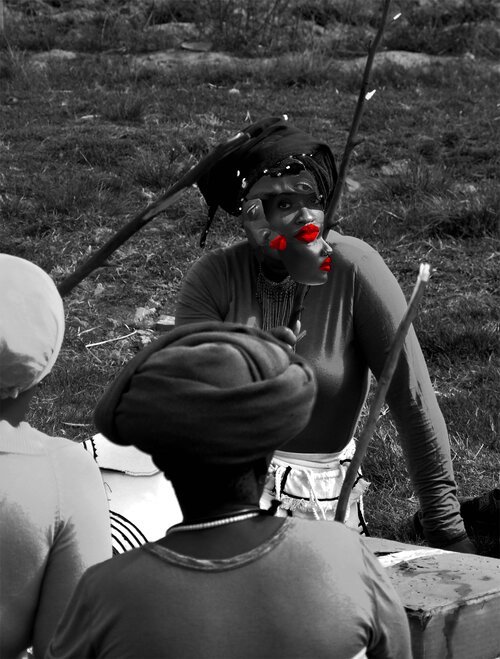 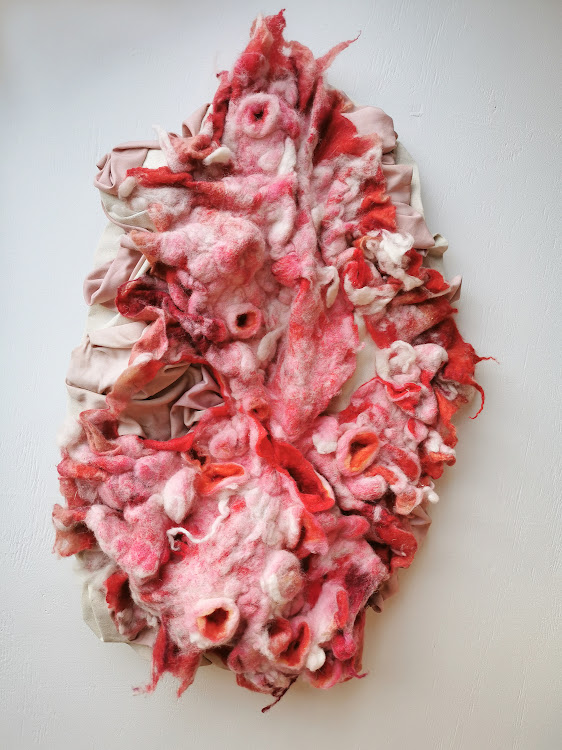 Enterprising Joburg artist Banele Khoza has been at the forefront of a new vogue in SA contemporary art, fuelled by the move to viewing and buying online during the Covid-19 pandemic, for artists to run their own alternative exhibition and gallery spaces. Bkhz Studio is Khoza’s new project space in the prestigious Keyes Art Mile complex in Rosebank, following on his long-standing gallery space in Braamfontein’s art hub. Judging by the throng at the opening day, the new show of photographic collages by fine art photographer Lunga Ntila, entitled God Among Us, is a roaring success. Ntila’s work is marked by storytelling, identity and deconstruction, and brings an interesting tactility and use of perspective and dimensionality to her use of collage in the photographic medium.

All three shows are on view until at least the end of August, and are well worth a tour of “alternative” viewing spaces and contemporary art in the city.

Socially distanced relationships, and coping mechanisms are unpacked through a metaphorical data dump in Studio Nxumalo’s intimate ‘A Cloud’ ...
Art & Design
10 months ago

Covid-19 restrictions and curtailed tourism may have dampened Cape Town’s art scene, but it’s still rich and spread across the entire city
Art & Design
11 months ago

From a hobby to a massive creative movement, this South African 3D artist’s magnificent architectural work has taken over the world
Art & Design
11 months ago
Next Article
© Wanted 2022 - If you would like to reproduce this article please email us.