In this month’s column, we explore local artists who find their inspiration in the human form, in all of its unique and complex fragility 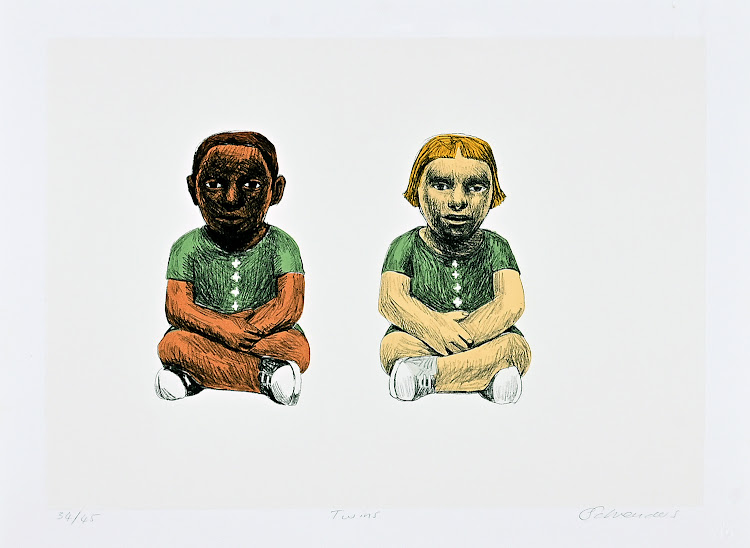 For as long as homo sapiens has been making art, we have been compelled to represent ourselves and others in two and three dimensions. Modern selfie culture has thrust this urge into the mainstream like never before and democratised something that was once the realm of the elite. The drive to capture our likenesses and the images of those around us has been around since the last ice age, when our ancestors daubed inky black figures onto rough cave walls, and it is an intimate part of the human condition. For this column, we take a look at local artists using the human form, in all of its unique and complex fragility, as muse.

Perhaps most well-known for her Jacaranda wood sculptures, this little lithograph by Claudette Scheuders, titled Twins, captures something rare in her oevre: a hint of emotion, the ghost of a smile. Schreuder’s pieces delve deeply into personal explorations of identity in SA, often depicting people in her immediate circle, like her children, as a means of excavating the politics of the personal. That which is hidden behind closed doors or in family photo albums is externalised and made public. Schreuders is no stranger to the international art scene. Her work is included in the Metropolitan Museum of Art in New York, in addition to the Smithsonian’s National Museum of Art. Prebidding on this work starts on July 18, with the main auction going live on the 25th. Don’t miss an opportunity to own a work by this pivotal SA artist.

I first came across Navel Seakamela’s work on Instagram. Images of his large-scale works on show at his debut solo exhibition under Kalashnikovv Gallery in Braamfontein last month splashed across my timeline in vivid reds and blues. Working with renowned sculptor Angus Taylor gave him an appreciation for the epic, the capacious, the colossal. “I’m in love with both sides (painting and sculpture),” Seakamela tells me. “While I was working there, I got used to making big artworks.” Seakamela works in a shared studio in August House, a dynamic creative hub located in Doornfontein, and it was the physical constraints of his studio space during lockdown that led him to create some of the new paintings he exhibited at Kalashnikovv. Seakamela’s figures are, at first glance, exuberant and statuesque. Captured in freeze-frames of unguarded emotion, their vibrant ruby red lips, secret smiles and covert glances are reminiscent of casual polaroids snapped behind closed doors. But there is more than meets the eye: His paintings are complex, nuanced and layered interrogations of his social and economic environment. “People are suffering out there. They don’t see beyond themselves.” As a finalist for two consecutive years at the Thami Mnyele and PPC Art Competition and having completed a commissioned work for the Absa Cape Epic, Seakamela’s star looks set to rise. 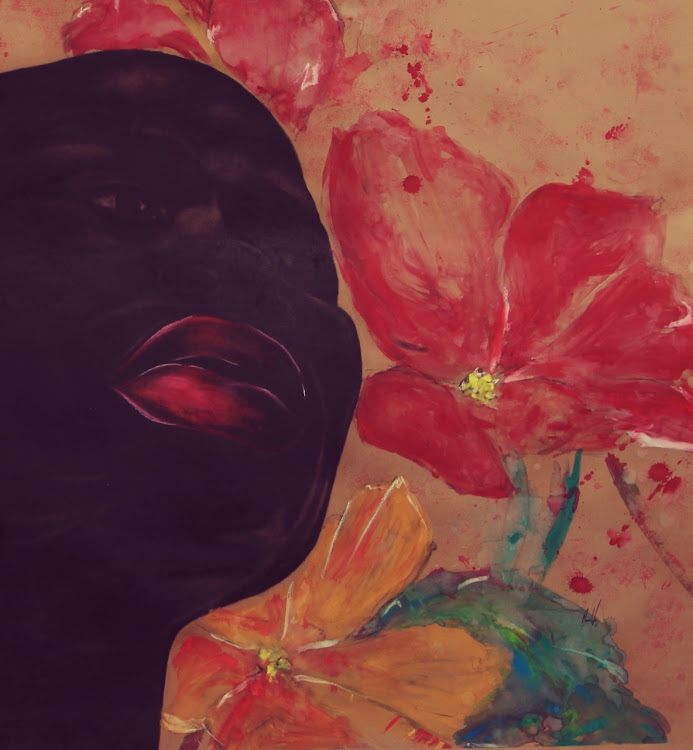 Thenjiwe Niki Nkosi needs no introduction. She has exhibited at the Standard Bank Gallery, Fondation Louis Vuitton, the Johannesburg Pavilion at the Venice Biennale and, most recently, at Stevenson Johannesburg where she held her first solo show, Gymnasium. “I wanted to paint the support system that I was needing,” Nkosi confided to me in an interview, as she gave me some insight into the works exhibited at Stevenson from March to June last year, a time of vulnerability and sensitivity as the threat of pandemic loomed large. Nkosi’s paintings, soft pastel renderings of form, line and colour, are glimpses of moments, of buildings and people that occupy them for a specific purpose. They stand in as signifiers of the larger social, cultural and political systems that hold us in their grasps. “Maybe there’s something really important about showing the real process behind it all. In my work there is something about peeking behind the image of perfection.” Nkosi finds the process of sport as an expression of action and emotion, and its parallels with art-making, to be a rich area of exploration. One that she isn’t finished mining. 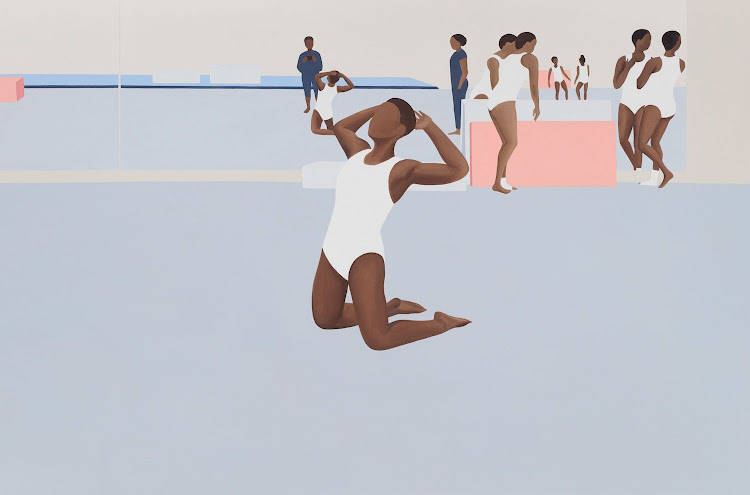 Investment in fine art such as that from the iconic Pierneef and upcoming artists such as Nkhensani Mkhari has always guaranteed a return
Art & Design
1 year ago
Next Article
© Wanted 2022 - If you would like to reproduce this article please email us.