Is this Leonardo da Vinci's only surviving sculpture? 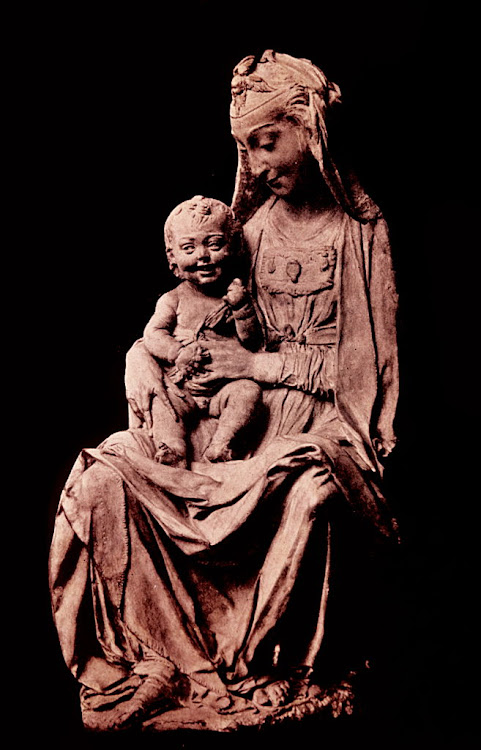 Renowned Italian artist and inventor Leonardo da Vinci is famous for his paintings, such as the Mona Lisa and Salvator Mundi. The latter became the most expensive painting sold at an auction when it went for $450-million in 2017. While it has always been believed Da Vinci did make sculptures, no one had identified a three-dimensional work by him.

However, what has been described as his only existing sculpture was unveiled last weekend when the curators of the exhibition Verrocchio: Master of Leonardo at Palazzo Strozzi in Florence, Italy, displayed The Virgin with the Laughing Child, labelled as Da Vinci’s work.

The 50cm terracotta sculpture is said to have been created in 1472 when 19 or 20-year-old Da Vinci was a student of the artist Andrea del Verrocchio.

As reported by The Guardian, art critics are questioning the authority of the late art historian and British Museum director John Pope-Hennessy, who insisted the sculpture was created by Antonio Rossellino, despite having little evidence to back this.

Professor Francesco Caglioti, an academic at the University Federico II of Naples is leading the bid to attribute the work to Leonardo, alongside art scholar Carmen Bambach, curator of Italian and Spanish drawings at New York's Metropolitan Museum of Art.

Graffiti rewrites the history of the Vesuvius eruption in Pompeii

They say the draping of the cloth over the Madonna’s legs bears a strong resemblance to drawings Da Vinci made at the time. Furthermore, the expression on baby Jesus’s face is typical of Da Vinci.

The sculpture, which has belonged to the Victoria and Albert Museum in London since 1858, is on loan to Palazzo Strozzi for the exhibition, which runs until July 14.

A spokesperson for the museum told Artsy, “A potential attribution to Leonardo da Vinci was first proposed in 1899, so Professor Caglioti’s study opens up the discussion of its authorship afresh.”