Graffiti rewrites the history of the Vesuvius eruption in Pompeii Fresco in the House with Garden, a new excavation in the Regio V of the Pompeii excavations.
Image: Getty Images / Marco Cantile

It’s Roman scribe Pliny the Younger’s fault that we’ve accepted for almost two millennia that the eruption of Mount Vesuvius, which destroyed the city of Pompeii and created a tragically fascinating tourist destination for millions, happened on August 24 79AD. That’s because letters written by Pliny, discovered in the 16th century, contain his account of the events which almost wiped out his entire family and date them to August 24.

A recent archaeological discovery is, however, throwing Pliny’s dating of the eruption into question and giving substantive support to the idea that Vesuvius blew its top in October of 79AD.

Archaeologists at Pompeii have found a charcoal inscription on the wall of a villa that reads in Latin: ”XVI K NOV” – the 16th day before the beginning of November in the Roman calendar, which means it was written on October 17. 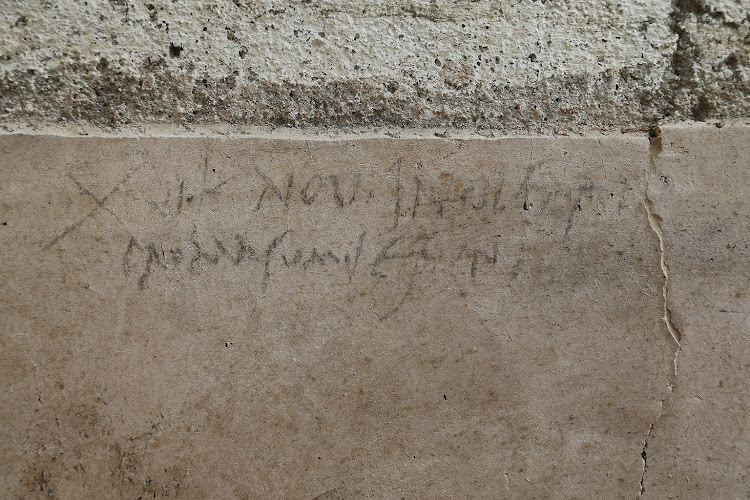 A writing on a wall from which it is assumed that the date of October 24 79 AD, recently discovered in the Regio V new escavations area the archaeological site of Pompeii.
Image: Getty Images / Carlo Hermann

It’s been surmised that the inscription could have been written by a builder or architect as a means of recording the work he had done. The writing on the wall has now prompted historians to propose that the eruption occurred on October 24.

According to a statement released by the archaeological team, “On the walls of the atrium and corridor of the villa there is a notable quantity of graffiti, which is still being studied, with phrases that are in some cases of an obscene character." While the titillating contents of those scribbles remain to be found out, for now it seems we’re able to say that when Pliny recounted the events to his friend the historian Tacitus, he might well have had his dates mixed up. 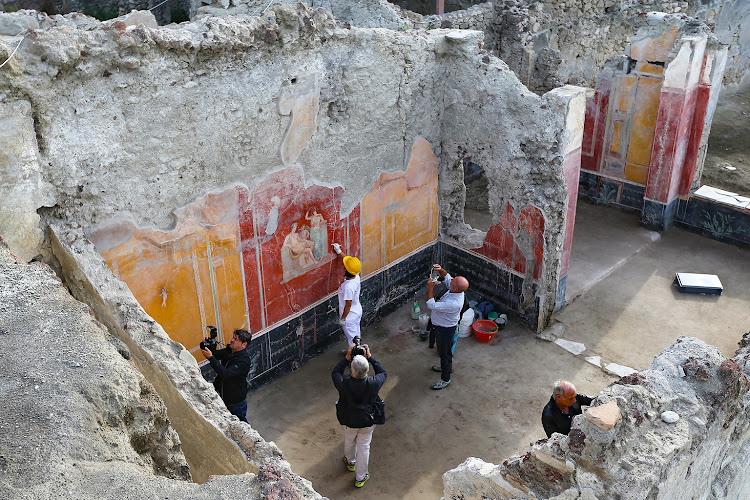 A top view of the House with Garden, a new excavation in the Regio V of the Pompeii excavations.
Image: Getty Images / Marco Cantile

This is not the first time an argument has been made for resetting the date of the tragedy to October – previously archaeologists had discovered the calcified remains of fresh pomegranates at the site, suggesting an autumn eruption because the fruit doesn’t mature as early as August.

It’s a small detail in the bigger scheme of Pompeii’s history but accuracy is always best and, therefore, for the tragic history of the city and it’s volatile mountain, it’s a perhaps not so much a case of being better late than never than one of a being little later but still not much better.

President Macron’s repatriation promise has brought the debate into the public gaze
Art & Design
3 years ago
Next Article
© Wanted 2021 - If you would like to reproduce this article please email us.